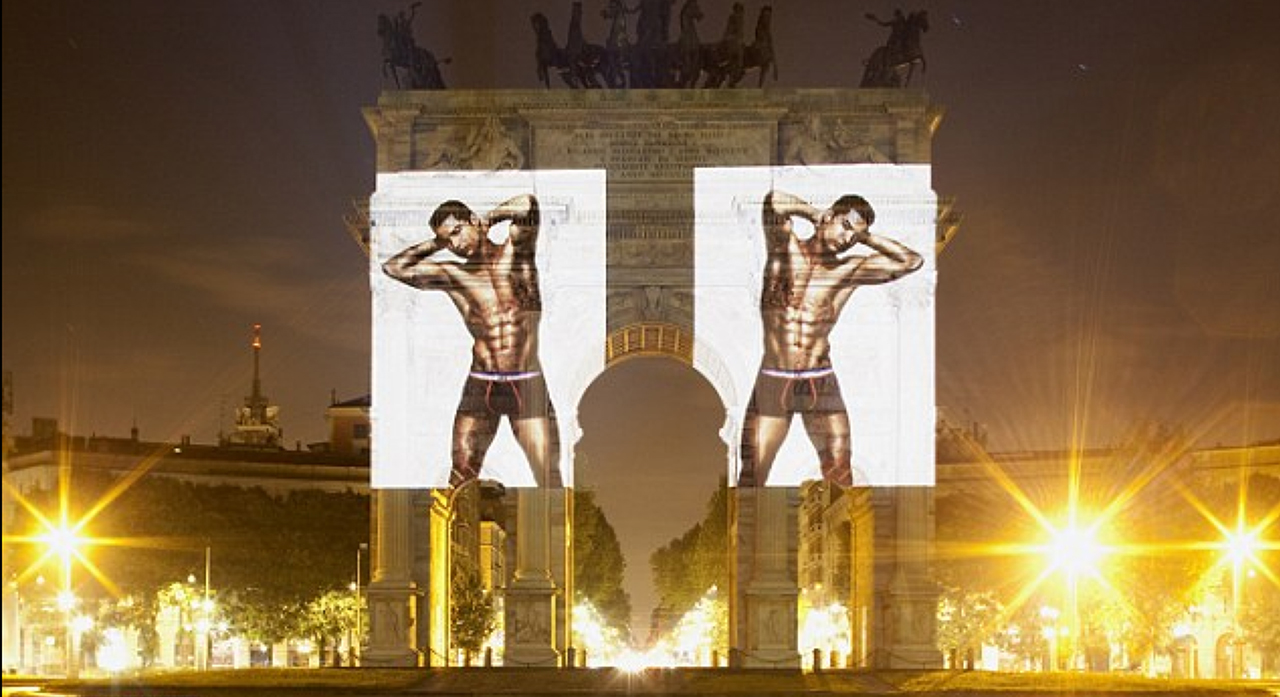 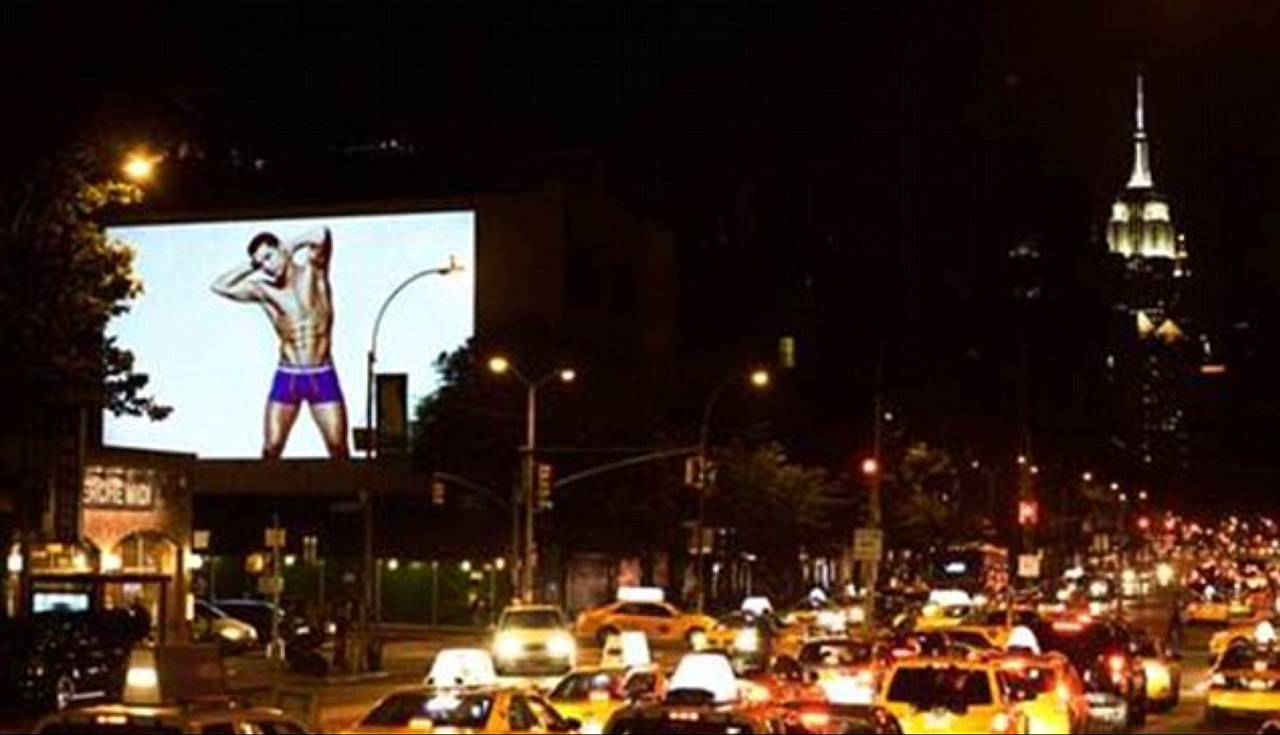 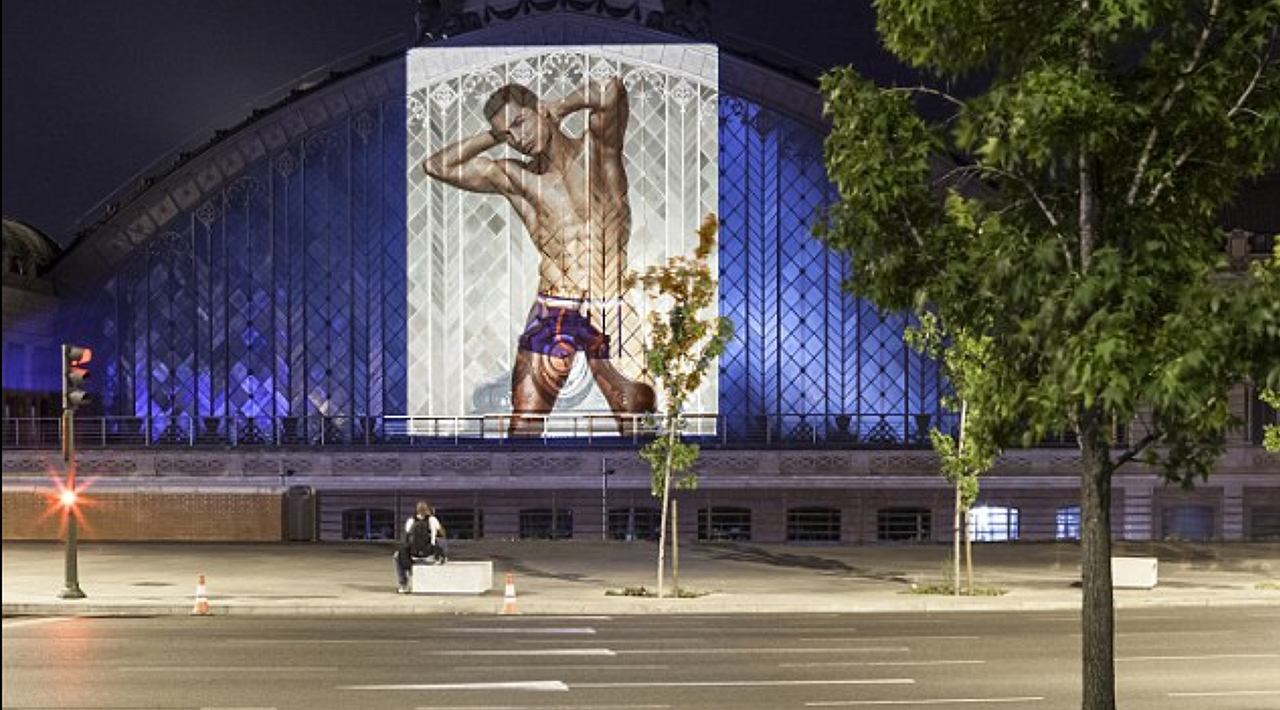 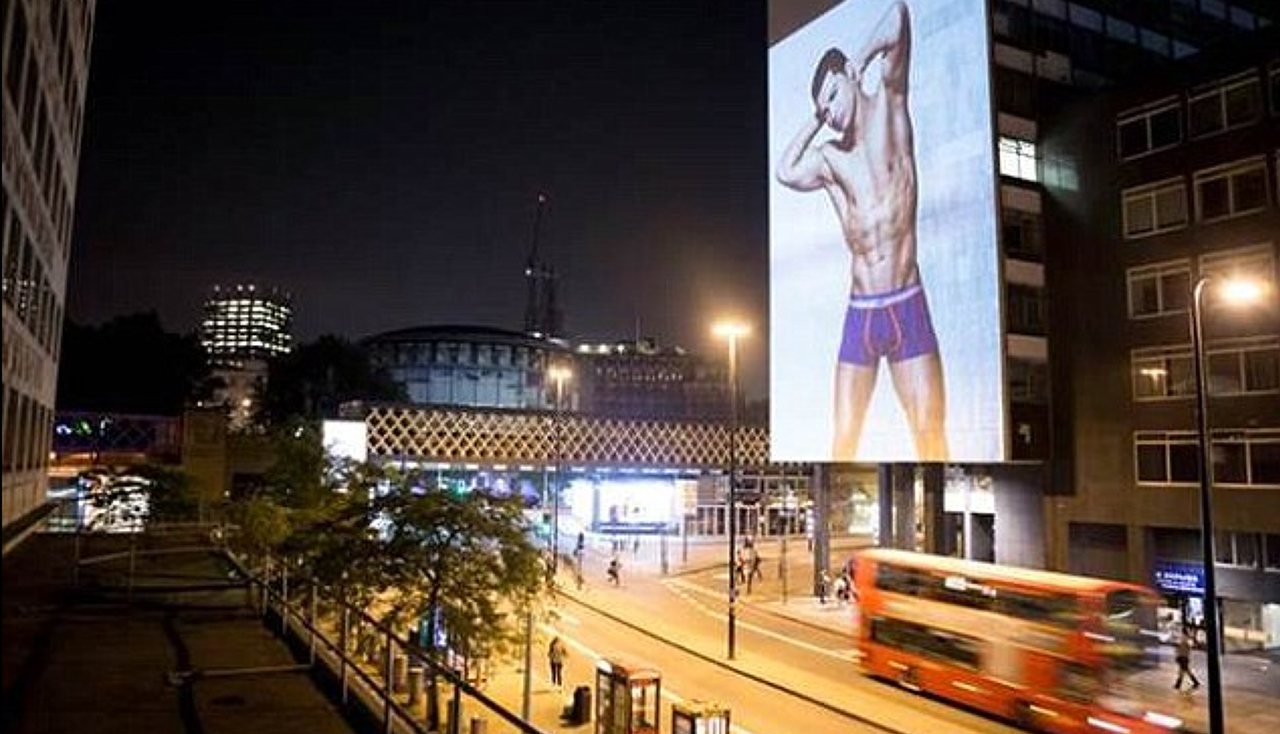 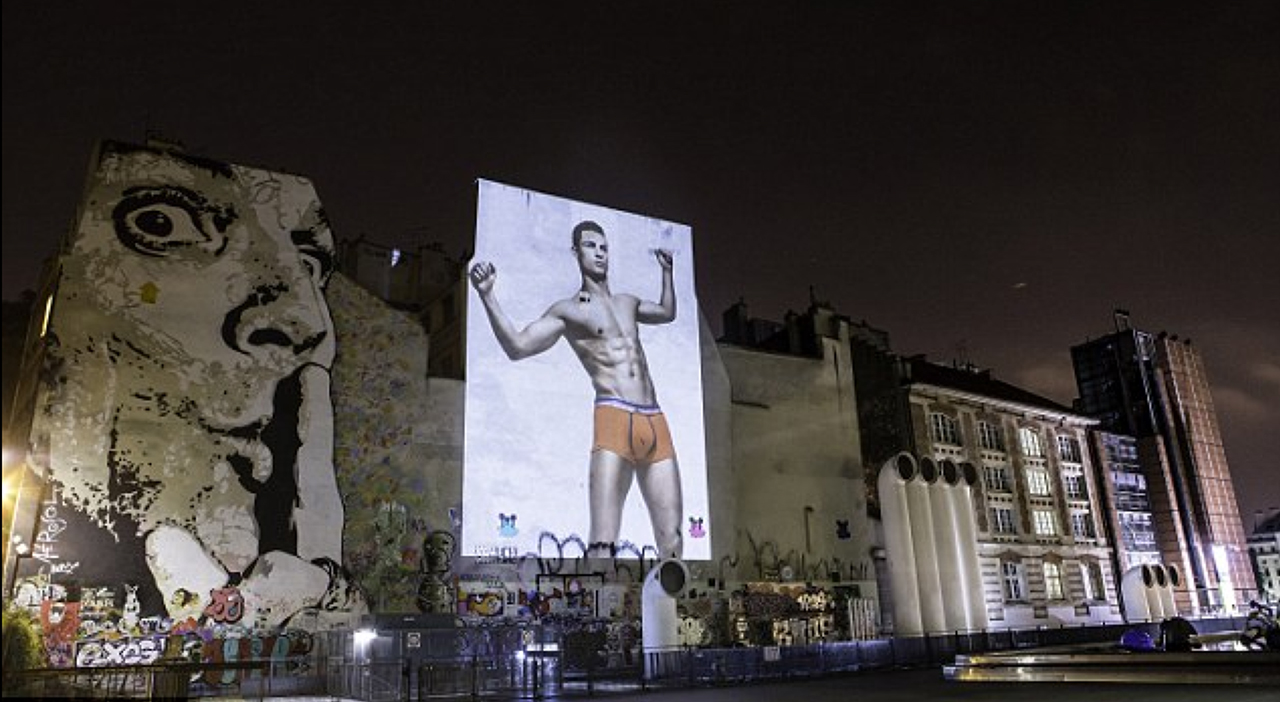 In August 2014, a gigantic image of Cristiano Ronaldo flaunting abs and underwear covered the facades of iconic buildings in seven major cities across the globe (Madrid, London, New York, Berlin, Paris, Milan and Lisbon). The guerrilla marketing action was organized by MC Saatchi London to promote the second underwear collection by CR7, the Portuguese football star’s brand. And Christie Roadster HD20K-J projectors had a major role to play in the mappings.

New Media Creative Technology Studio and another two companies were given the brief for the action in Europe, while a US company was commissioned with New York. The concept was for a 100% guerrilla action to take place at exactly the same time in all the cities except for New York which took place seven hours later, taking the time difference into account.

Diego de Anna, CEO of New Media, spoke about the action: “We pulled up at the buildings with a camera car –the typical van used for filming– already kitted out with the projectors. And while we projected a sequence of seven static images, a photographer recorded the action. Broadly speaking, the idea was to purloin facades that had never been used for projections before...”

The team in the camera car was made up of a driver, a projectionist, an expert in real-time data processing, a server & software operator, a security officer, a line producer, a photographer and an employee from the agency in London.

A good few days of preproduction work went into preparing the logistics and strategy involved, especially since the action had no official permits. “That meant it was crucial for the whole team to work together as one. We had to be coordinated and disciplined. Each one of us knew exactly what he had to do. Bringing the action to a successful and safe conclusion basically depended on each one doing his bit”, Diego de Anna explained.

The CEO of New Media divulged some of the details behind the action: “The line producer arrived on site where we were going to do the mapping a few minutes before the rest of the team and he kept us informed in real time of the movements of any security staff in the area who might interfere with the action. Once the coast was clear, we pulled up with the camera car and started projecting the set of images provided by the agency, which had to be in a certain order.”

Each of the images was then recorded by the photographer and sent via streaming in real time to the agency’s headquarters in London for approval and then on to the following building.

The buildings chosen for the action included Praça do Comércio in Lisbon, Arco della Pace in Milan, a building next to Waterloo Station in London, Atocha Station in Madrid and Bowery in New York.

The two Christie Roadster HD20K-J projectors used for the action (3DLP, 20,000 lumens, HD resolution) powered the images from the camera car and were set up in tandem with blending to maximize the brightness. This was called for because the light contamination in some of the settings was really high. And the throw distances ranged from 74 to 117 meters.

Sometimes, the 1920x1080 resolution had to be reduced slightly to adjust the geometry, but at no time was it less that HD. And obviously, the projection surfaces varied depending on the individual buildings, but New Media’s control software marked a base length of no less than 19 meters.

To guarantee the correct visualization of the images and owing to the scant time available to carry out the projections—the team had just seven minutes in each building—New Media prepared a series of elements to ensure the correct measuring and selection of lens, as well as distortion correction in real time.

These included a Disto 3D laser measure as well as an Arduino board for transmitting data, which calculated the throw distance and chose the correct lens programmed using customized software. A DSLR camera was used to take photos of the building in question, and the information was relayed to the software to calculate the trapezoidal distortion.

The distortion data were taken by projecting a calibration grid and a Gigabit Ethernet feeding the information to the projection software, adjusting the blending and warping in less than two minutes. The only manual adjustment carried out prior to projection was the focus of each projector.

VDMX software and a MIDI control desk were used to power the images. “We use VDMX VJ software because it allows us to send the signal via Syphon to the video server (a Mac Pro with three 4K outputs). This meant that if we had to make any adjustments in brightness or color, we could do it in real time.”

New Media and the other companies involved in the action had to specify in advance the equipment they were going to use and they all used the same in order not to run risks: “There was no time to improvise or undertake such a complex action with equipment that, to our way of thinking, was not 100% reliable”, argued Diego de Anna.

The main fear for the working team was that, as there would be no time to let the projectors cool down before turning them off correctly and moving on to the next location—remember that we are in a van on the move—the Xenon lamps could be exposed to breakage, which would have slowed down the whole action dramatically. “But the truth is that the equipment worked under extreme pressure without any kind of drawback”, said Diego de Anna.

He went on to add: “I’ve been working with Christie projectors for over ten years, and I can safely say that they are unbeatable; I’ve rarely seen products with such high performance and high quality.”

Addressing the main challenges involved, Diego de Anna said that these consisted in evading security forces, who generally try to obstruct this kind of action: “because of the coordination, logistic and risks, there were times when it seemed more like planning a bank robbery than mapping on buildings”, he joked.

“But from a hardware viewpoint we weren’t worried because we knew we were using reliable, tried-and-tested equipment. With the tight production times, it would have been impossible to carry out a guerrilla action with such excellent results if we didn’t have such a versatile system.”

“As far as the team is concerned, everyone on board was highly experienced and skilled, and we worked well together as a team, especially under extreme pressure, which is how we like to work and when we produce the best results”, he concluded.