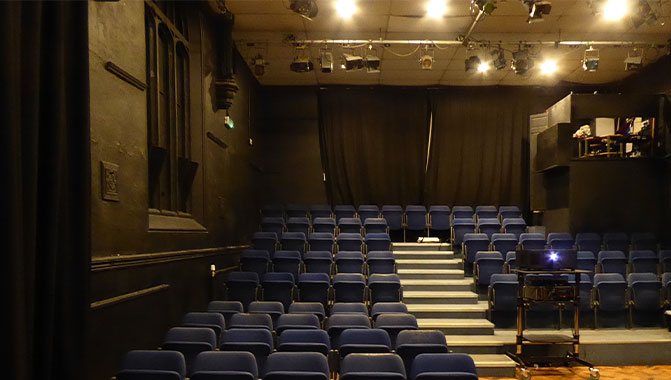 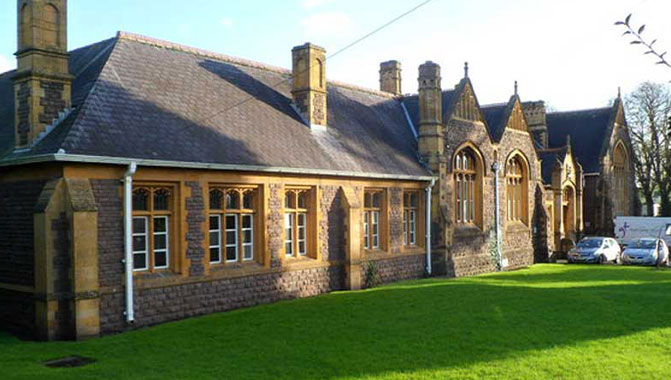 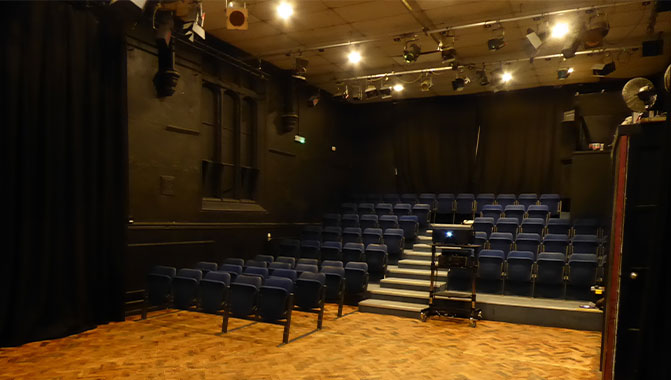 When the oldest film club in Wales set out to buy a new projector, it wasn’t surprising that picture quality was paramount, but, “Because we were spending money generated by members, we had to satisfy them they were getting value and be sure we were getting back-up,” says Dave Price, Chair and projectionist of the Abergavenny Film Society. What is perhaps surprising is their success is not due to screening blockbusters. “We show mostly foreign-language films with subtitles, in fact, we are over-subscribed with every seat filled on film night,” explains Price.

There were specific needs to be met according to Mick Perrone, Projector Brand Manager at Christie® distributor AVM. The members had to feel secure the projector gave them at least 10 years of use, was easy to set up and low maintenance. It had to work placed amongst the audience and screen off-center, plus have the flexibility and future-proofing to adapt to various formats outside the film society, and work in different lighting conditions.

Perrone recommended a Christie LWU900-DS 3LCD projector with a 1.7 to 2.9 zoom lens and drove to Abergavenny to show members the projector and lens in situ. “It was important that a few of us were involved and after Perrone had demonstrated the LWU900-DS we pretty much ordered it on the spot because we were really impressed by the quality of the picture and everything it offered,” says Price.

Bringing the Community Together to Watch Film

Abergavenny is known for its food and jazz festivals, but more than anything, it’s a real community. The screenings take place in a majestic former Victorian grammar school. When the council closed it, a group of volunteers took matters into their own hands, saved the building, and turned its many rooms into a thriving arts center with a theater, offices and coffee bar.

The society uses the 70-seat Melville theater and the space has challenges. They keep the projector locked away and set it up each time on a ‘sound and vision trolley’ that is wheeled in for shows. The trolley and projector have to be at the at front near the audience and to one side. As a result, they had to be sure, says Price, that “No light was coming out and low noise. The projector satisfies both those requirements very well and it’s also not an obtrusive size. We can show films off-center and can adjust the position of the image with a remote control and the projector remembers the position.”

They have to be able to project different material equally well and are delighted with the results. “In addition to the standard film ratio, we also show screenings in an old 4 x 3 TV format and the projector works beautifully on that too; it really sparkles on the old black and white films. The focus of the projection is pin-sharp, and the position of the lens is very easy to set or move around the screen,” according to Price.

The borders are clear and the keystoning is easy to set. “The brightness levels are very easy to control, and operations are intuitive as you set brightness on a sliding scale, so we have used it at, say 75 percent, or full brightness on other recent movies. It’s perfect for our space as we can use it if it’s daylight and have done so already - with great results – at the Jazz Festival,” says Price. “The lens is great, and it is possible we will use the projector in National Theatre Live broadcast as well as the normal use of films.”

The society wanted a new professional projector for a couple of years and researched their best option. “When we finally made the move, we contacted the projectionist at The Courtyard Theatre in Hereford, Simon Nicholls, which runs a very good film festival. Simon came down to advise us and recommended Christie.” DataFlow AV put them in touch with AVM.

“This solution is competitively priced and affordable. People are often surprised by the value of Christie,” says Perrone. “It’s one of the things we cover in our Lunch and Learn education events. The projector is very good for a lot of everyday uses such as meeting rooms, educational institutions or village halls.”

Perrone says, “We make the effort to demonstrate the projectors and meet with clients when we can as we did with Dave (Price) and the society members.” For the Film Society, it certainly proved very useful.”

“We needed to feel confident on every level and the fact that Mick (Perrone) from AVM came down so we could see and test the quality and the controls for ourselves, really reassured us that this was a quality product with support, and we felt 100 percent happy with our decision,” shares Price. “The guarantee runs for five years which was attractive.”

“We are absolutely delighted by the society’s success in so many ways,” Price concludes. “Members turn up every second Wednesday night partly because of the social side – we have a licensed bar - a few always stay after to chat too, and we just like to talk about film. Most films are foreign language with subtitles and some recent films have been from Iceland, Brazil, Germany and Lebanon. People like it and enjoy it.”