The spirit of fun 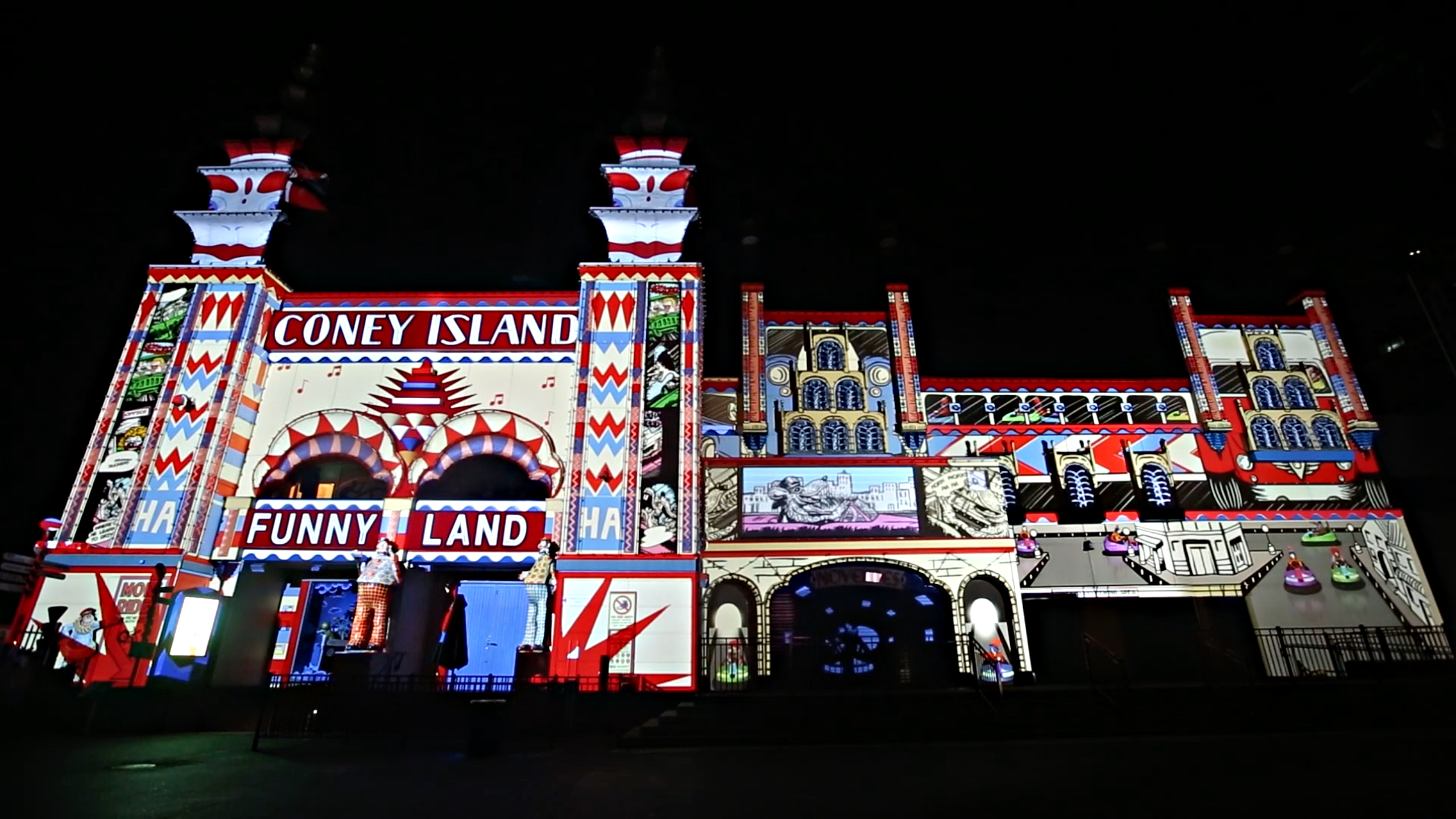 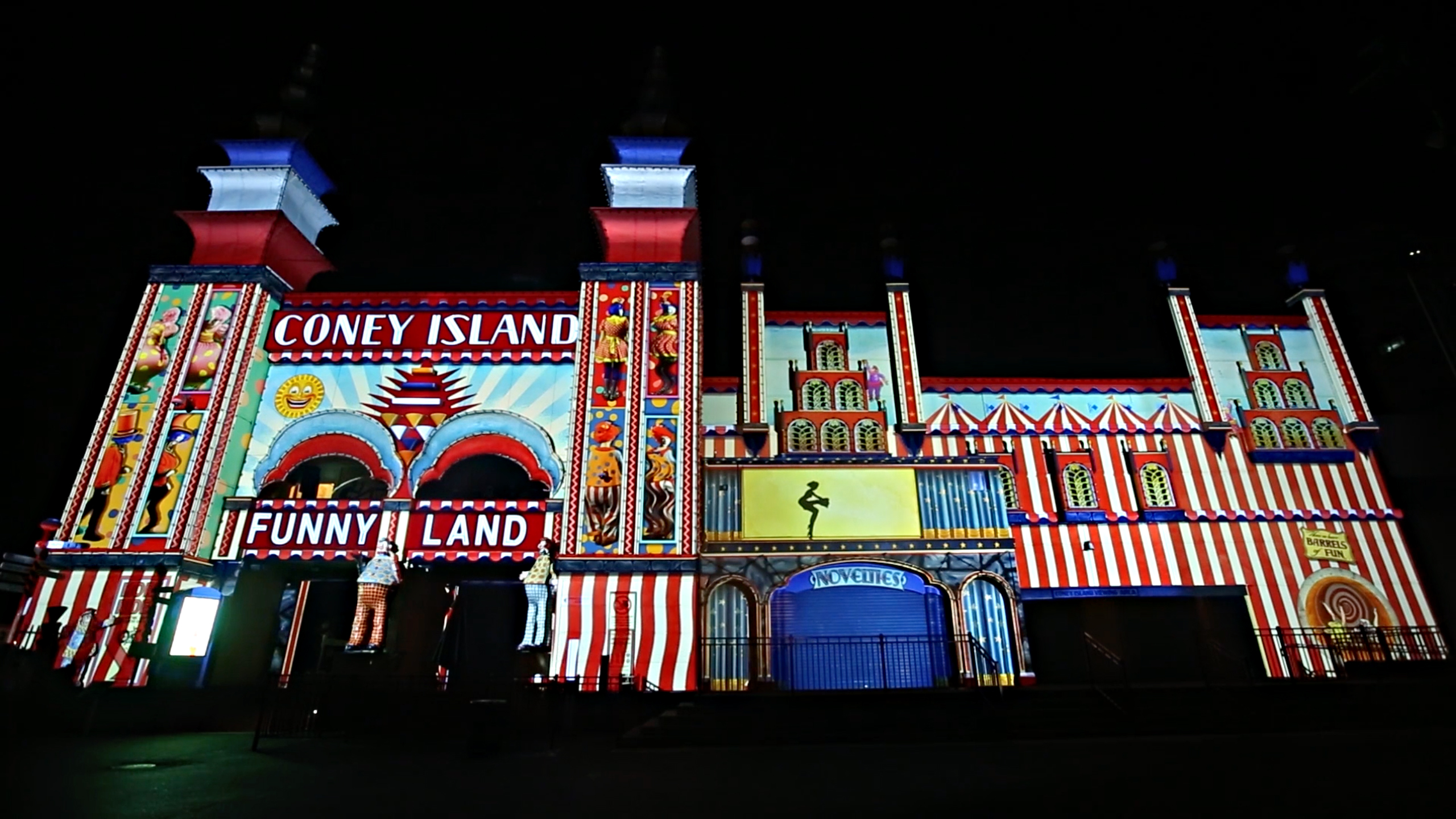 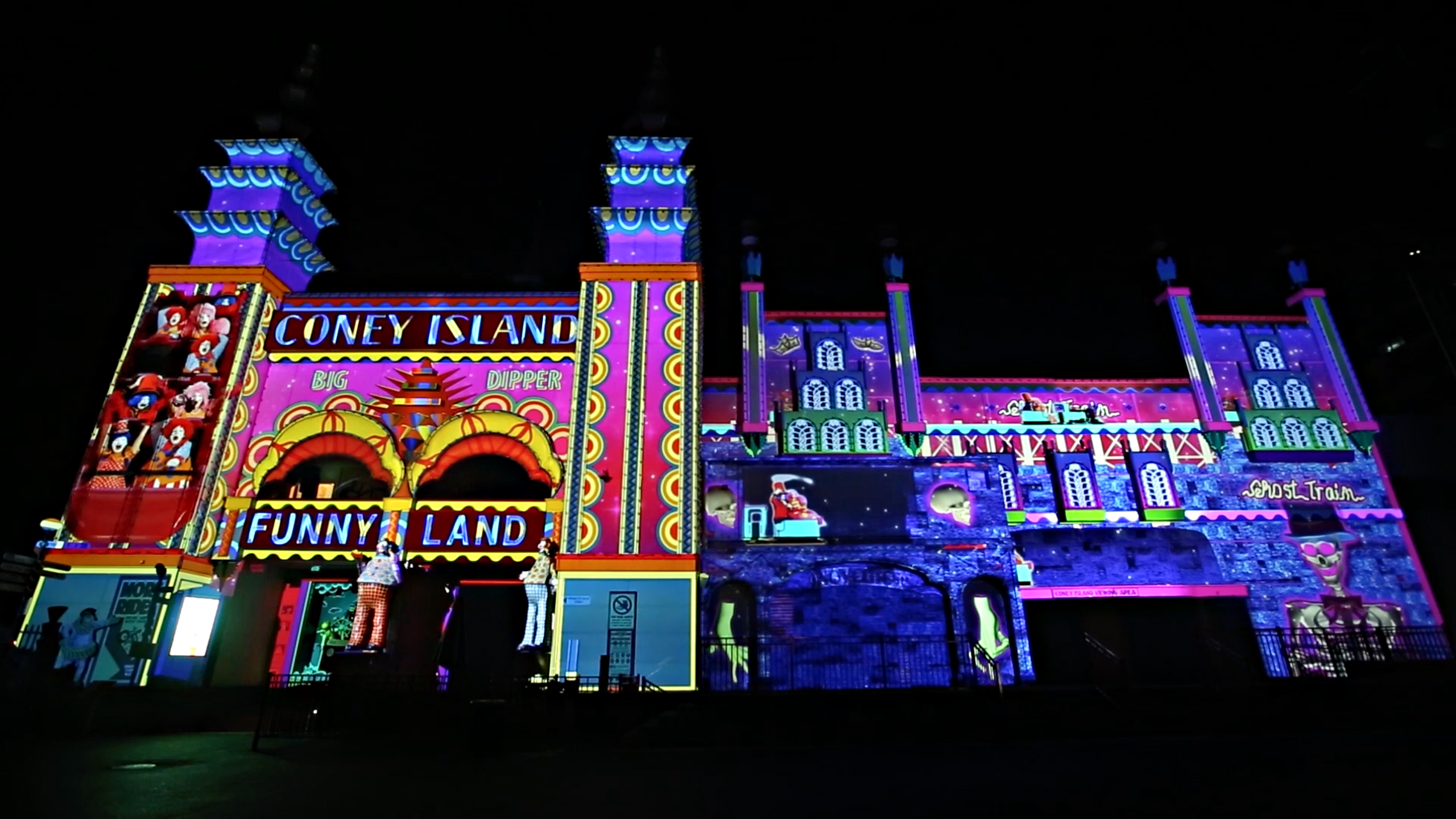 The Spirit of Fun

As the sun set, the atmosphere at Luna Park Sydney became increasingly electric with brilliant shapes, patterns and colours lighting up the site in spectacular fashion during Vivid Sydney 2019, the annual festival of light, music and ideas known as the biggest event of its kind in the world.

The three-week festival, which took place at various venues across Sydney from May 24 to June 15, included outdoor immersive light installations and projections, performances by local and international musicians, and an ideas exchange forum featuring public talks and debates with leading creative thinkers. At Luna Park, eye-catching light installations and performances were in store for visitors the moment they got past the iconic entrance featuring a huge grinning face.

Among the most outstanding installations was the dramatic and emotive son et lumière that celebrates the history and magic of Luna Park. Titled “The Spirit of Fun”, this grand projection onto the façade of Coney Island was designed and executed by Christie’s valued Australian partner, The Electric Canvas (TEC), well known for its experience and expertise in large scale events, including the Gold Coast 2018 Commonwealth Games. It brought to life the artwork, characters and soul of the park and opened a window to its future of fun.

“Coney Island is an old school funhouse that’s been delighting visitors since the park’s opening in 1935, and it certainly has a special place in the hearts of every Sydneysider,” says Peter Milne, Managing Director and Technical Director, TEC. “We are therefore very honoured to be given the opportunity to design and deliver a projection show to celebrate the history and magic of this legendary site.”

The creative brief for “The Spirit of Fun” consisted of three key words: imagination, fun and fantasy. These are synonymous with the character of the Coney Island fun house that has entertained both adults and children for decades with its Giant Slides, Mirror Maze and Joy Wheel.

“The projection needed to highlight the things that make Luna Park such a special place – its colourful history, its longstanding attractions and its unique artwork,” continues Milne. “We also composed a whimsical soundtrack to complement the visual content and enhance the public experience.”

Only the best for projections

The projections were a significant part of Vivid’s Luna Park precinct, and the TEC team knew that the most appropriate projection solutions had to be used to deliver optimum visuals for all audiences. Ultimately, six Christie Boxer 2K30 3DLP® projectors were deployed to cover the 33-metre building façade, including the towers and steeples.

The 30,000 lumen projectors were housed in three weatherproof towers, installed atop the cement slabs of two of the amusement park’s rides, 25 meters apart from each other and networked over a catenary. Visual and audio content playback was managed via a Modulo Player media server system. Through the hard work of TEC’s proficient technical team, a high-resolution and seamless result was achieved with perfectly balanced brightness for optimal display of the visual content.

“As a longtime user of Christie projectors, we are very familiar with the various models that we have in our fleet, including the J Series and Crimson Series, which have served us well for numerous events,” Milne explains. “The Boxer 2K30s used for this project have been outstanding – the images were bright and flamboyant, and we were very impressed with their reliability and performance throughout the show period.”

Recreating the wonder and magic of Luna Park

The process of bringing Luna Park’s story to life began with a photogrammetry survey of the Coney Island façade by the TEC team, followed by the development of a 3D model which was used for the design of visual content.

“The artwork featured in and around Luna Park – much of it dating back to the early decades of the Park – was the major inspiration and influence behind the design style of the projections. We translated the Park’s artworks into the building’s architecture using a variety of design approaches and production techniques, helping to recreate the wonder and magic of this much-loved Sydney institution,” says Milne.

The roving street theatre characters seen at Luna Park today are also based on artworks from the past, and the TEC team felt that these characters should be a key feature of the show due to the colour and design of their flamboyant costumes, which would lend themselves perfectly to the projections.

He adds, “To bring these endearing characters to life, we recorded them in front of a green screen so that we could composite them into a variety of 3D objects that we developed, as well as hand-drawn and CGI backgrounds. We are very pleased with the final effects, as the vibrancy of the costumes went really well with the overall theme that we wished to convey.”

“The Spirit of Fun” created a huge sensation during its debut at Vivid Sydney 2018. Audiences were blown away by the beautiful and lively projections as well as the innovative soundtrack that accompanied it. The Australian media hailed the show as one of the 10 must-see highlights of Vivid Sydney, describing it as “a magical adventure transporting visitors into a 3D experience”.

Luna Park was so impressed with the spectacle and large turnout that they decided to repeat the entire show for Vivid Sydney 2019. And as expected, the rerun was a major crowd-pleaser as the stylish sound/light show mesmerised visitors with a splash of vivid colour and bright, fairground imagery.

The TEC team is really pleased by the highly enthusiastic response from both the media and general public. “We are delighted that the show has resonated with audiences both young and old, and we’re very proud to restage ‘The Spirit of Fun’ again for this year’s edition of Vivid Sydney to charm both returning and first time visitors alike,” says Milne.

Congratulating the TEC team for a job well done, Michael Bosworth, Executive Director for APAC, Enterprise, Christie, comments, “Peter and his team have delivered a visually stunning show which once again demonstrates that they are at the top of the game. ‘The Spirit of Fun’ is a huge success in bringing people together and taking them on an adventure that creates joy, excitement, wonder and lasting memories. We are also thrilled that our Boxer Series projectors provided bright and vivid images that added much excitement to the show during the 2018 and 2019 editions of Vivid Sydney.”