Videomapping from ETC Russia and Christie lit venues across Moscow - even a fountain - with luminous flux of 1.34 million lumens 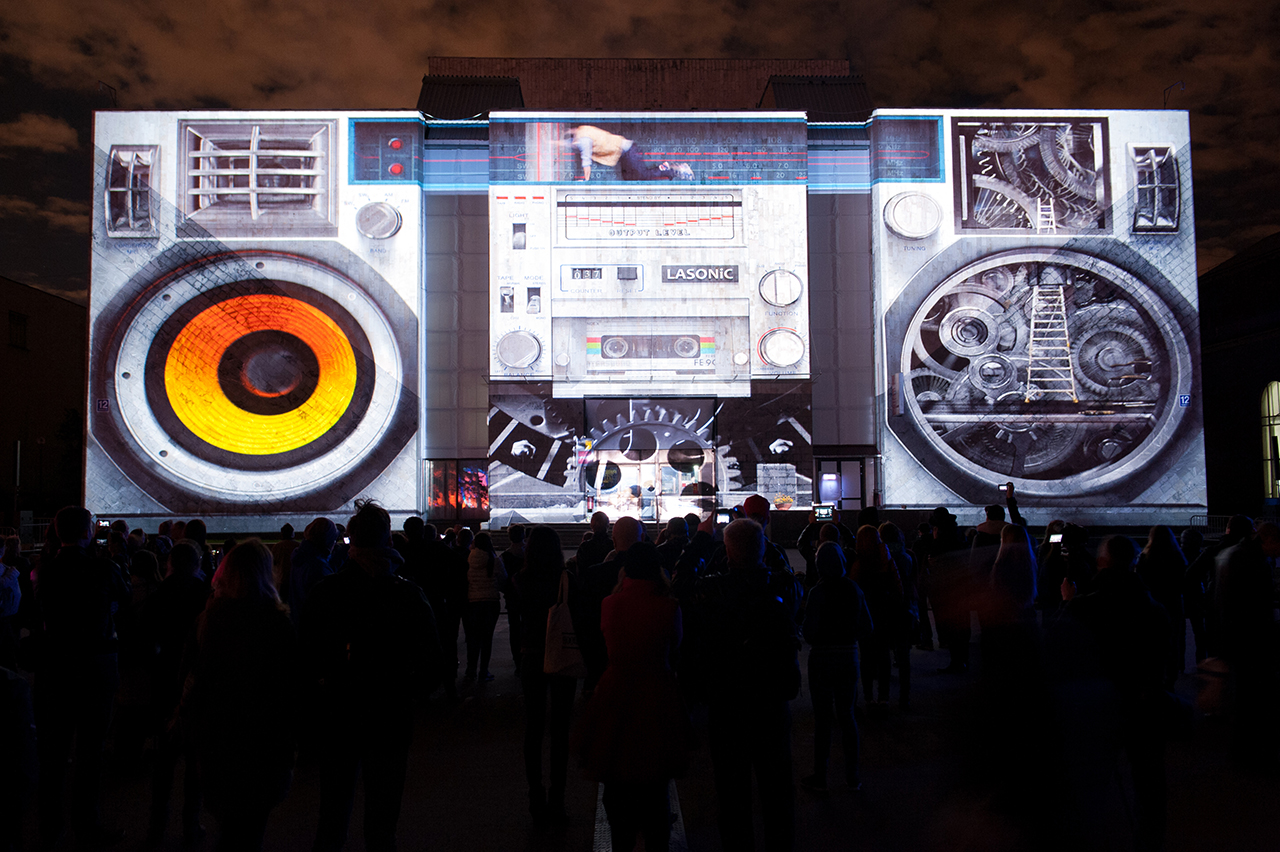 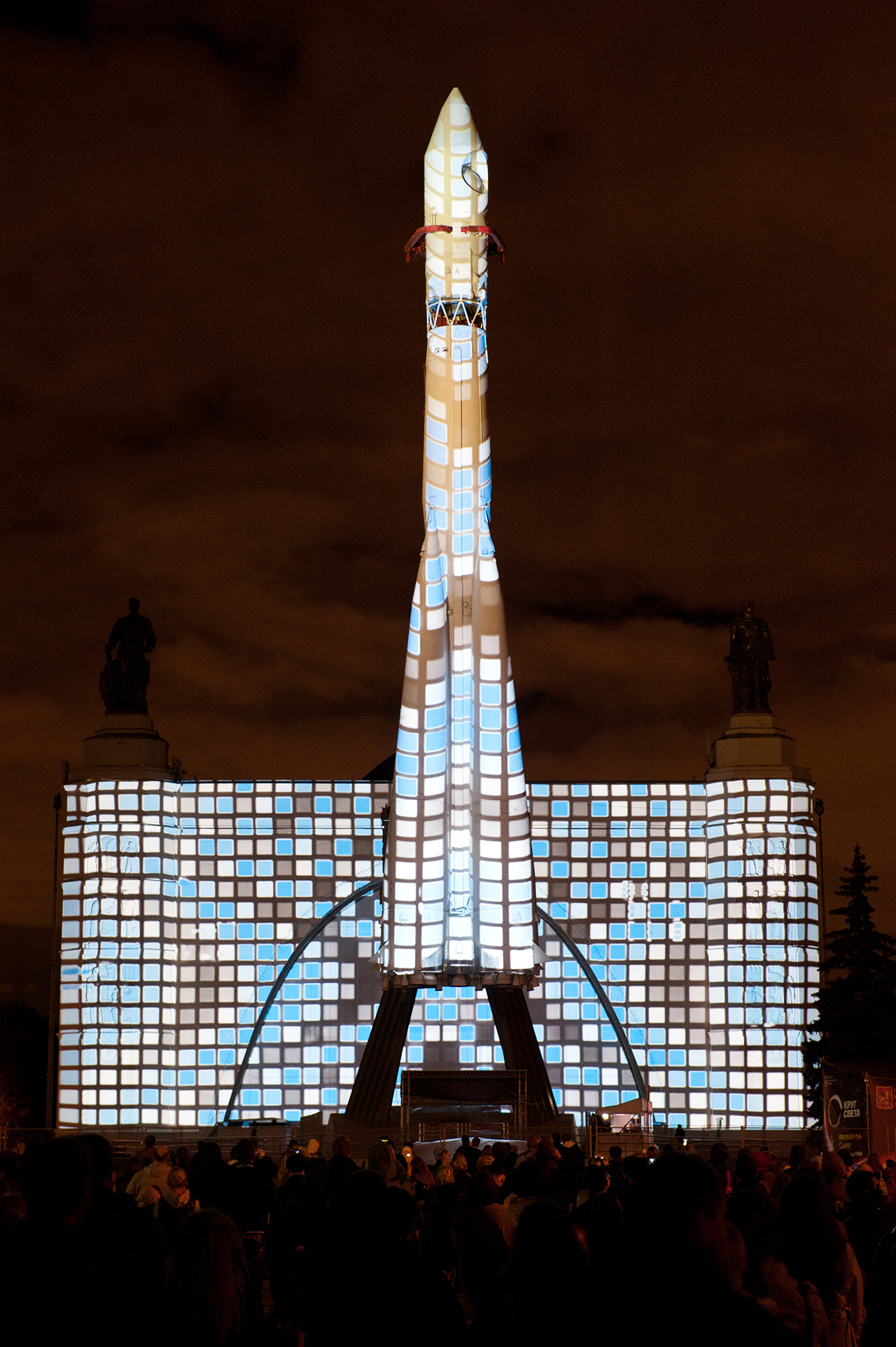 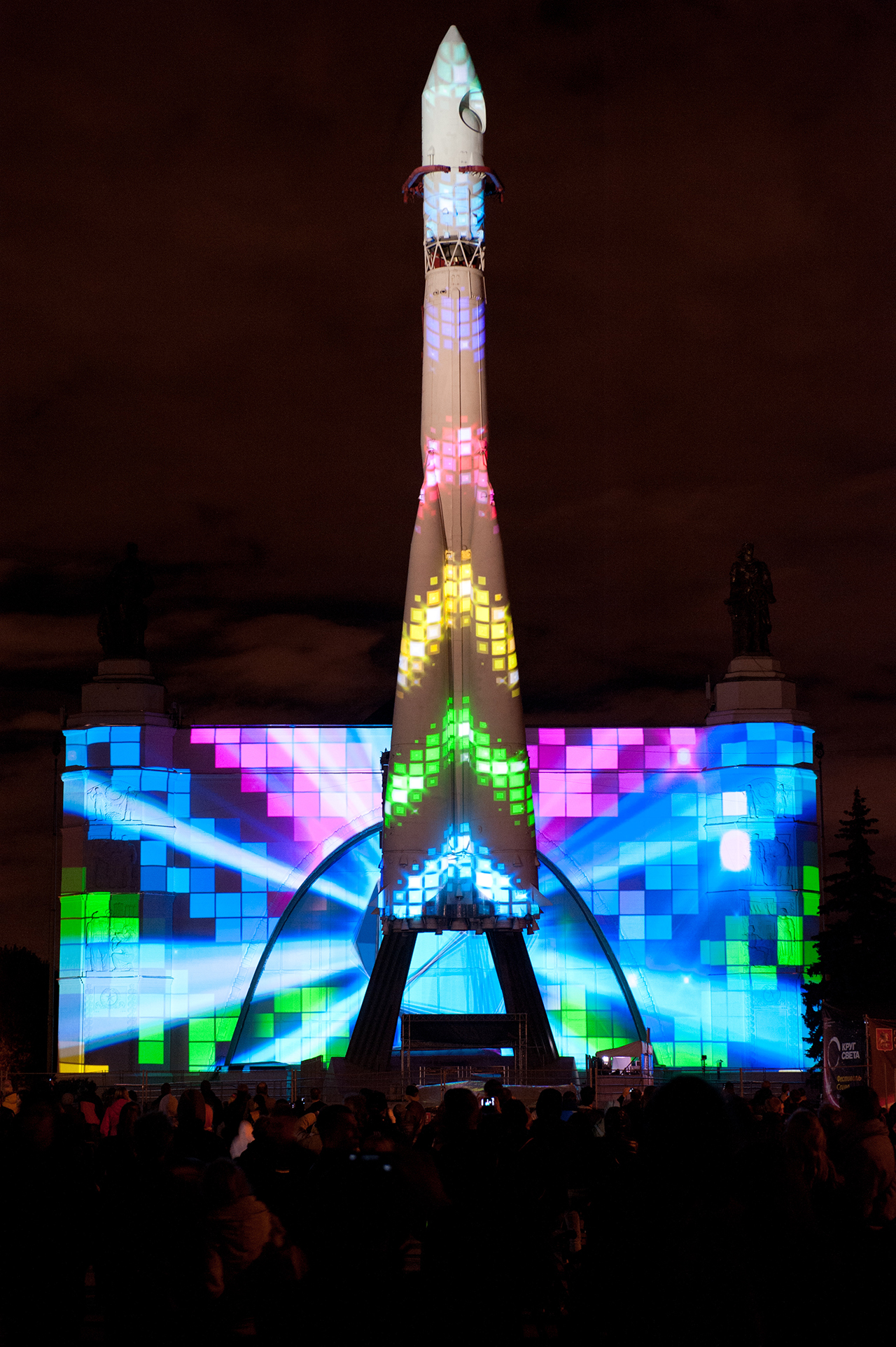 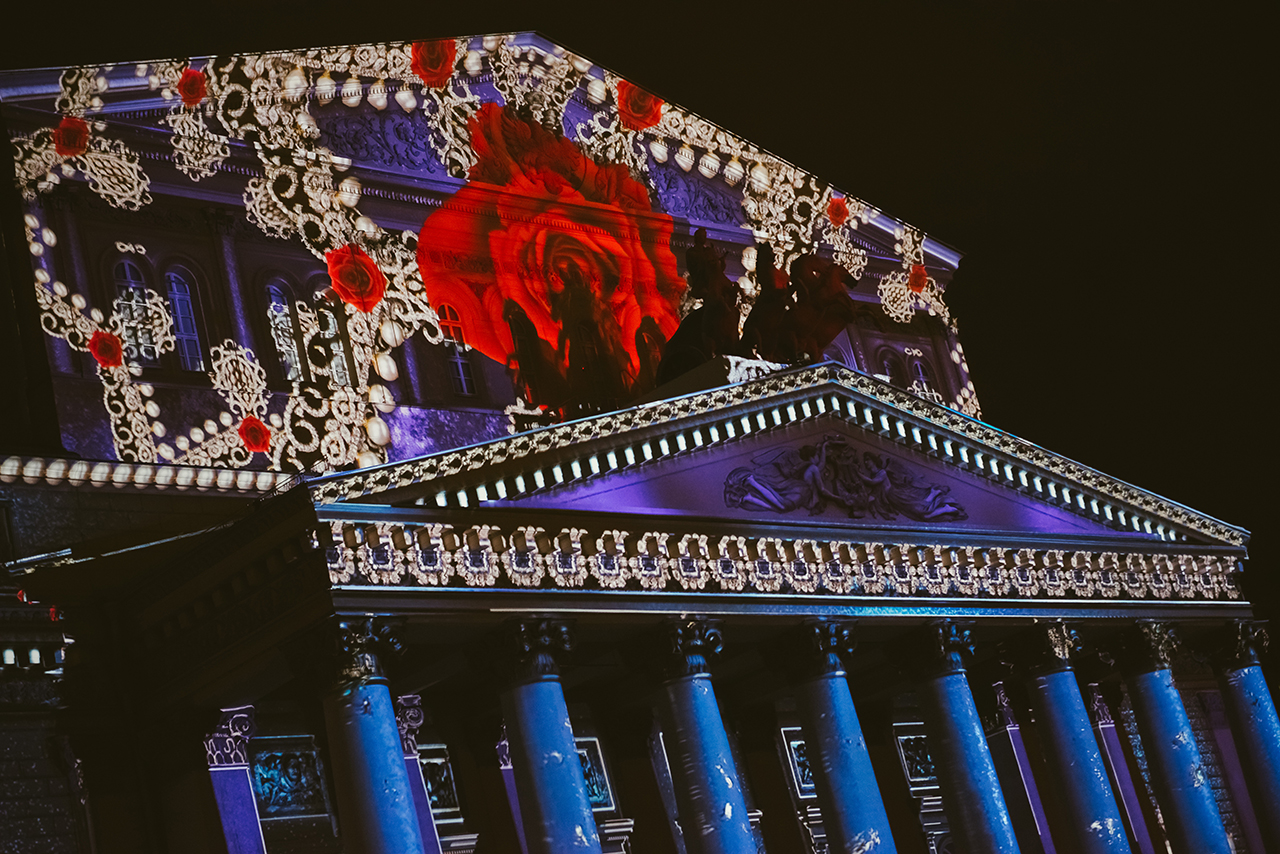 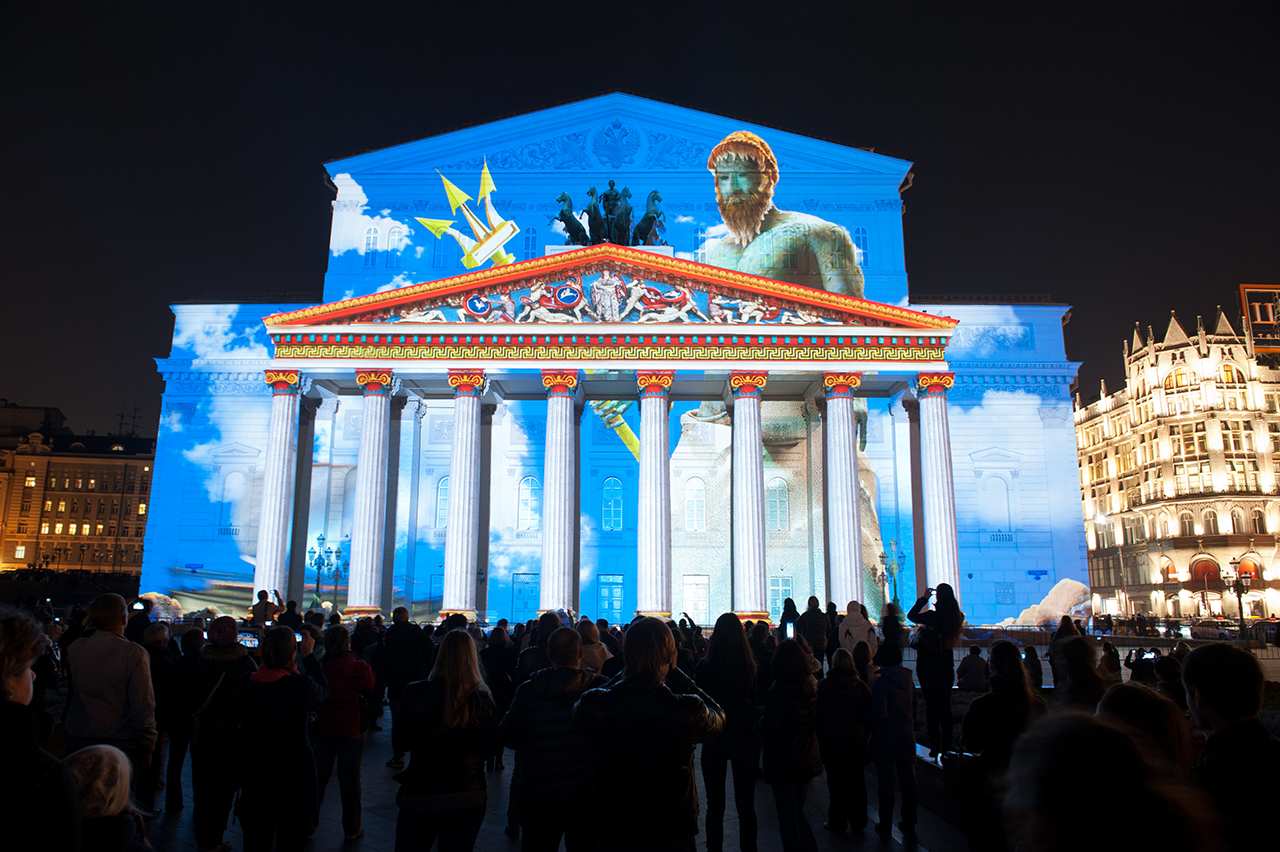 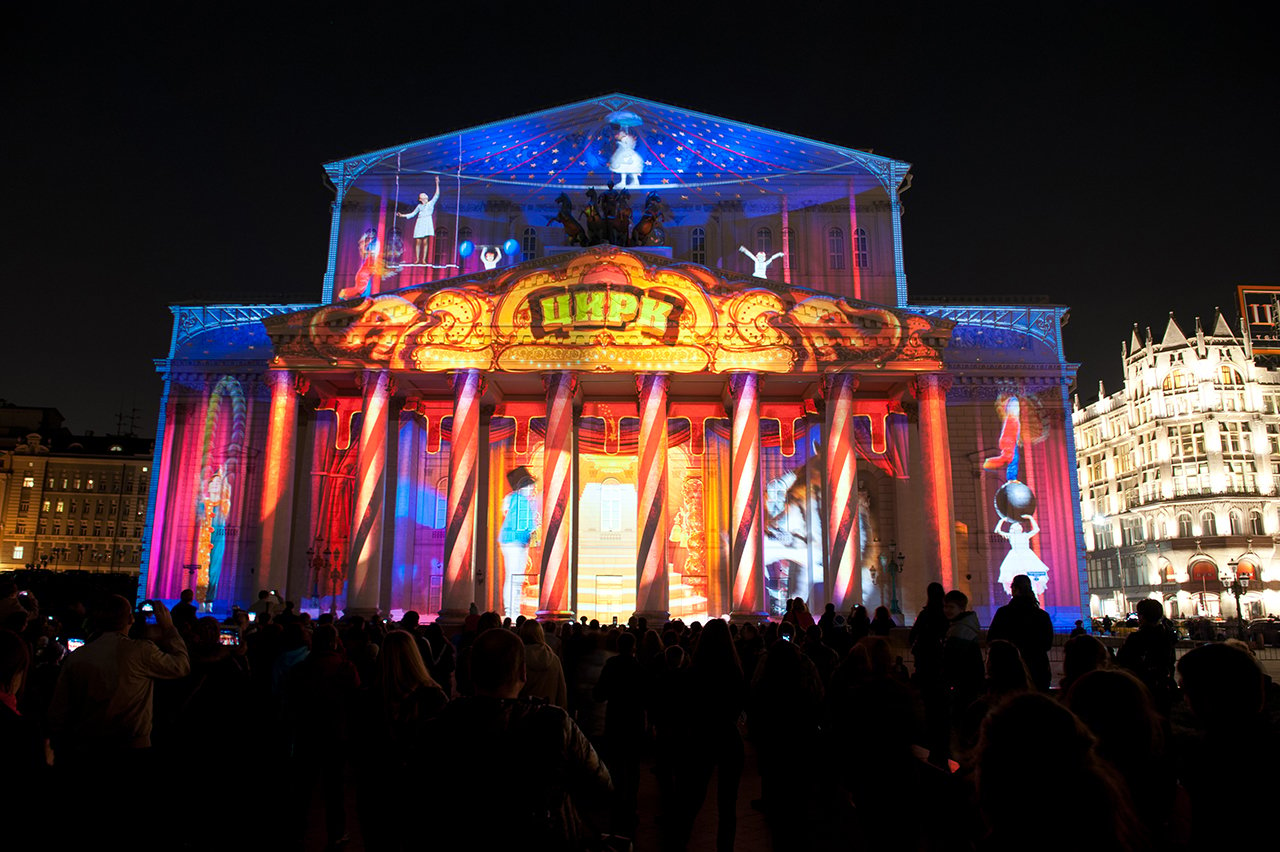 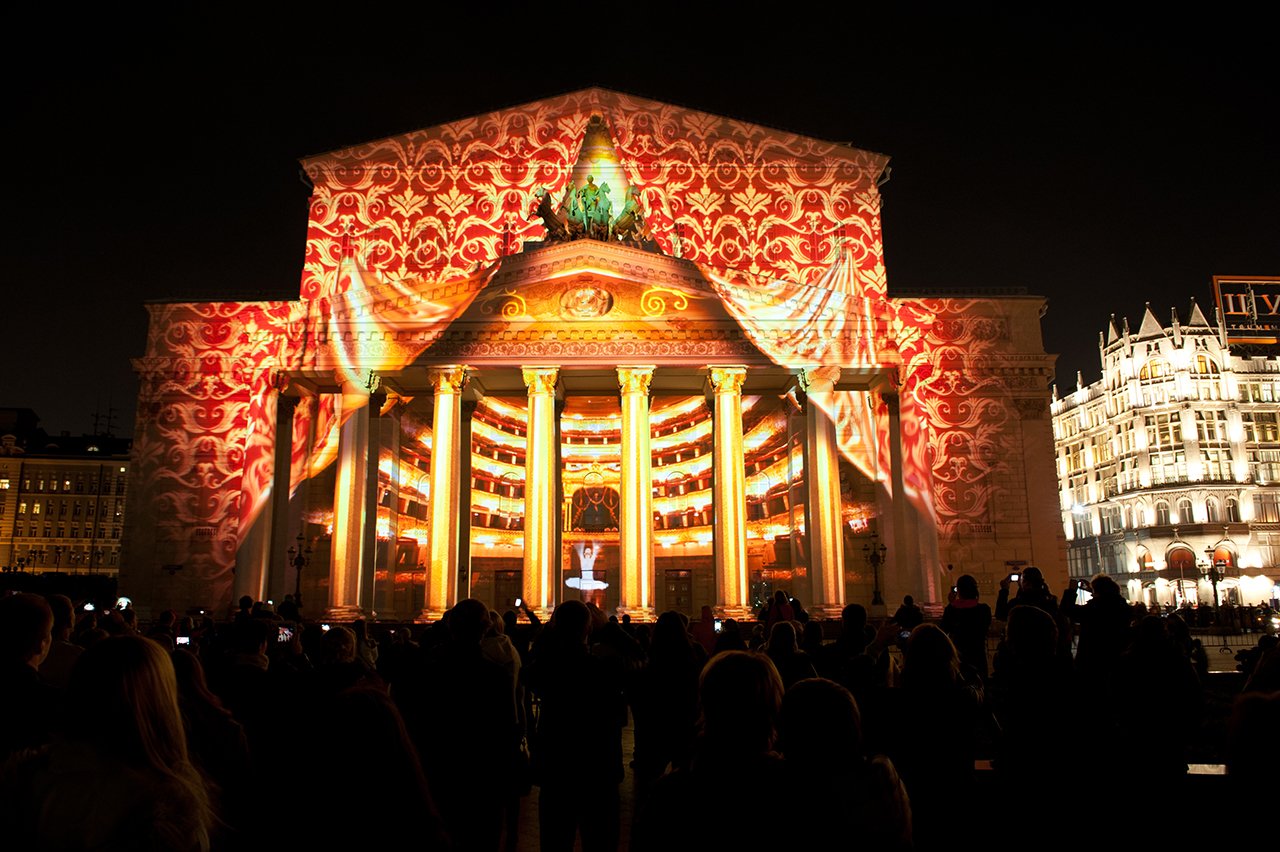 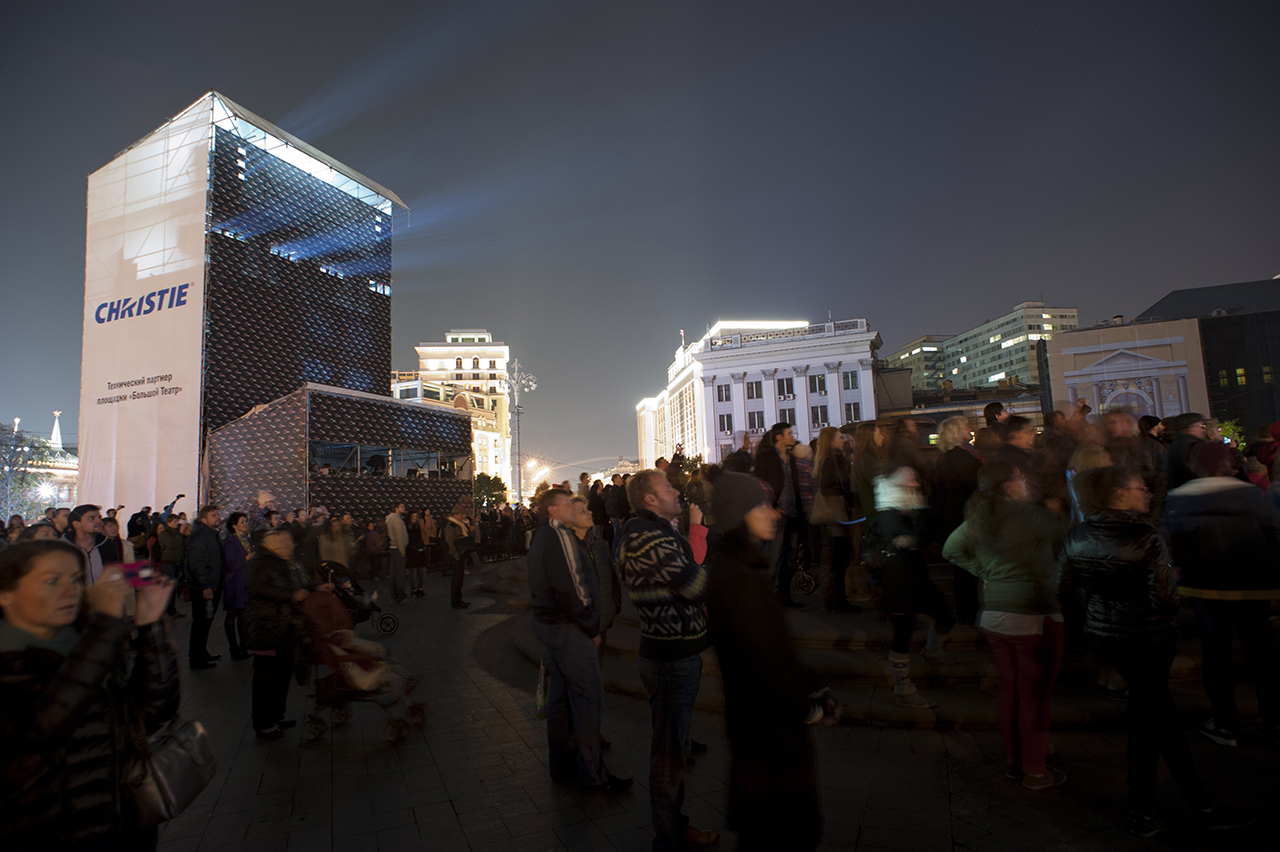 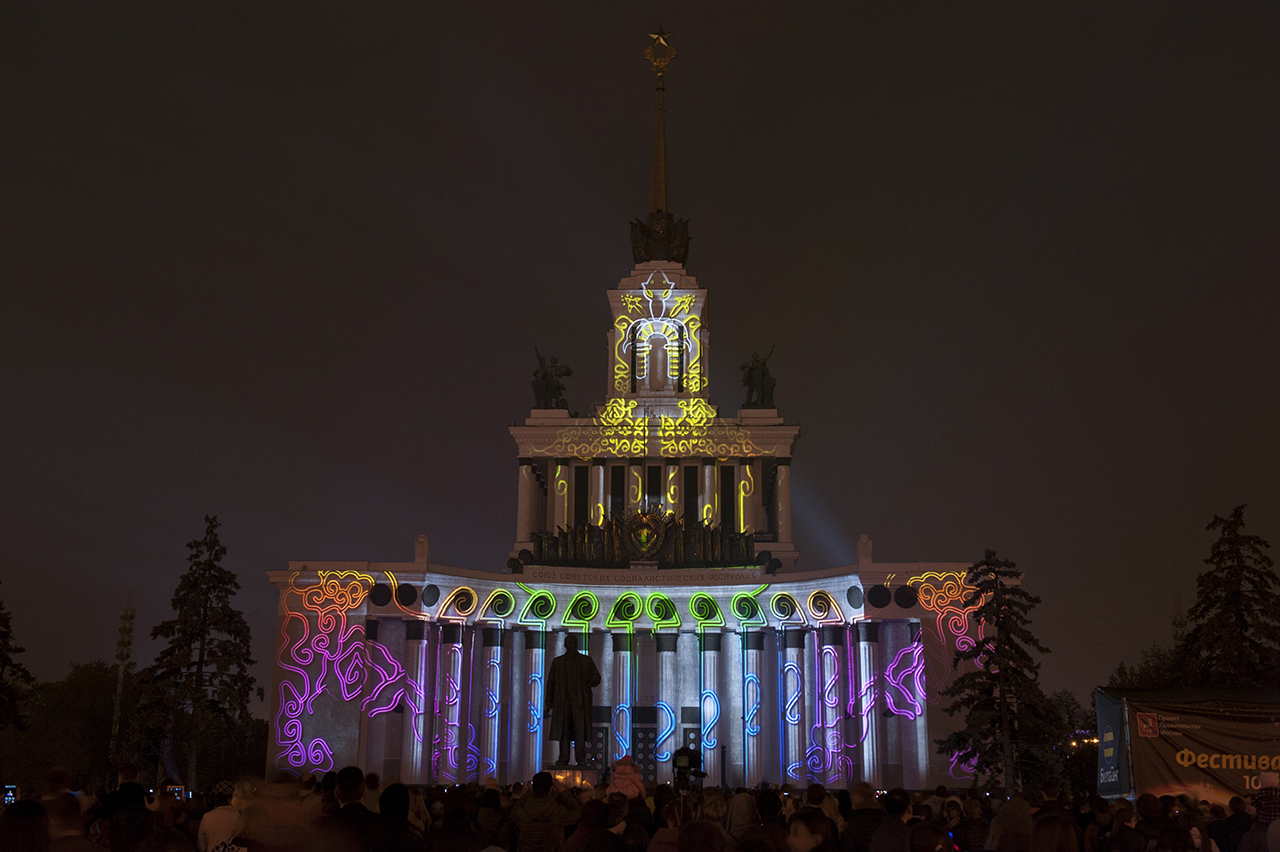 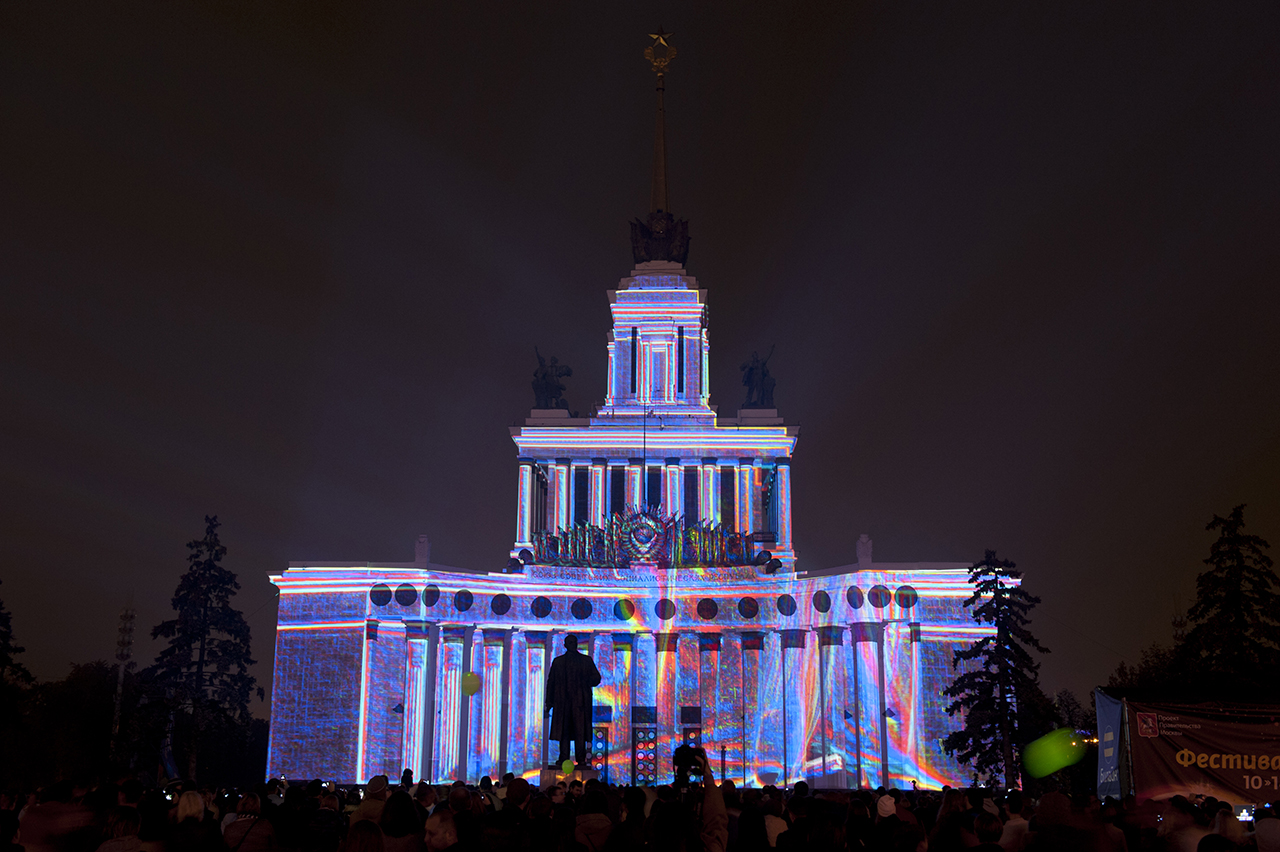 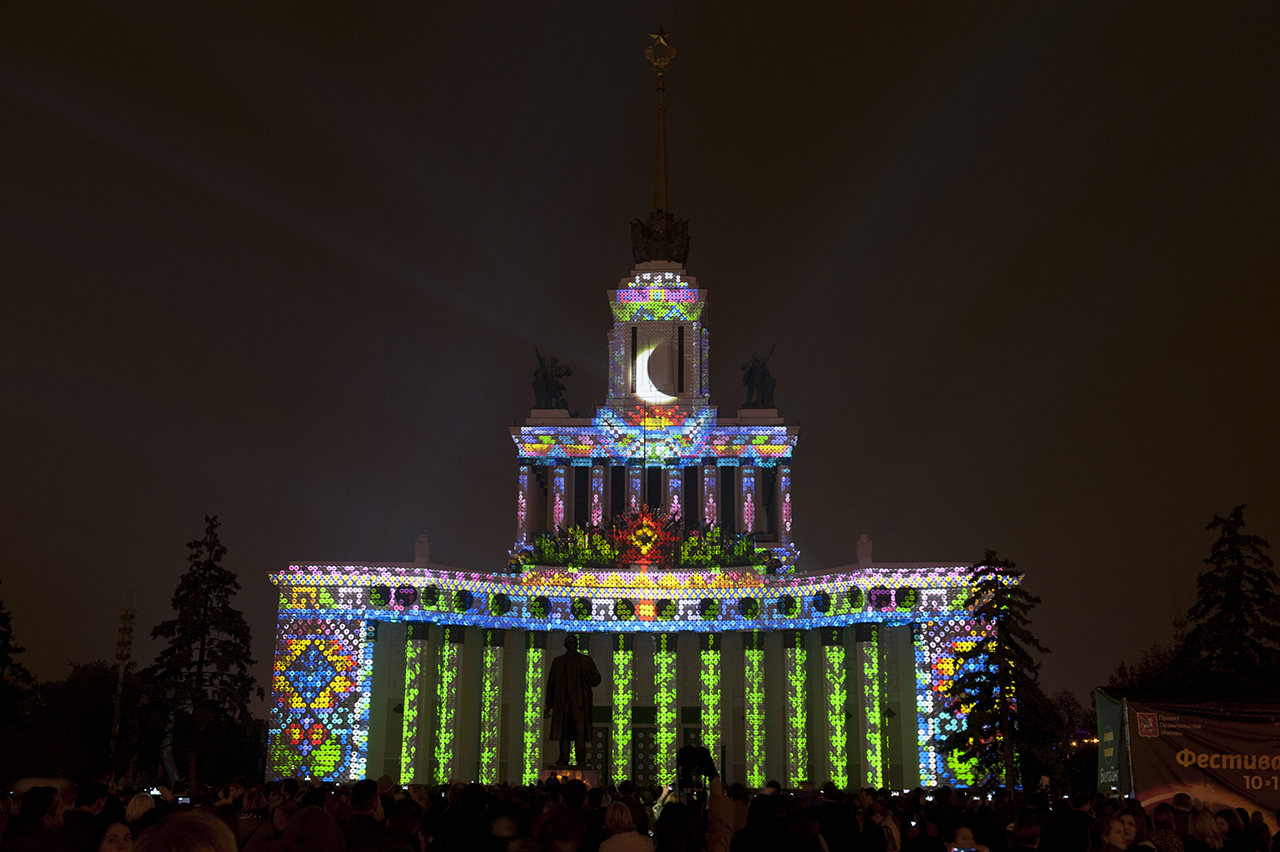 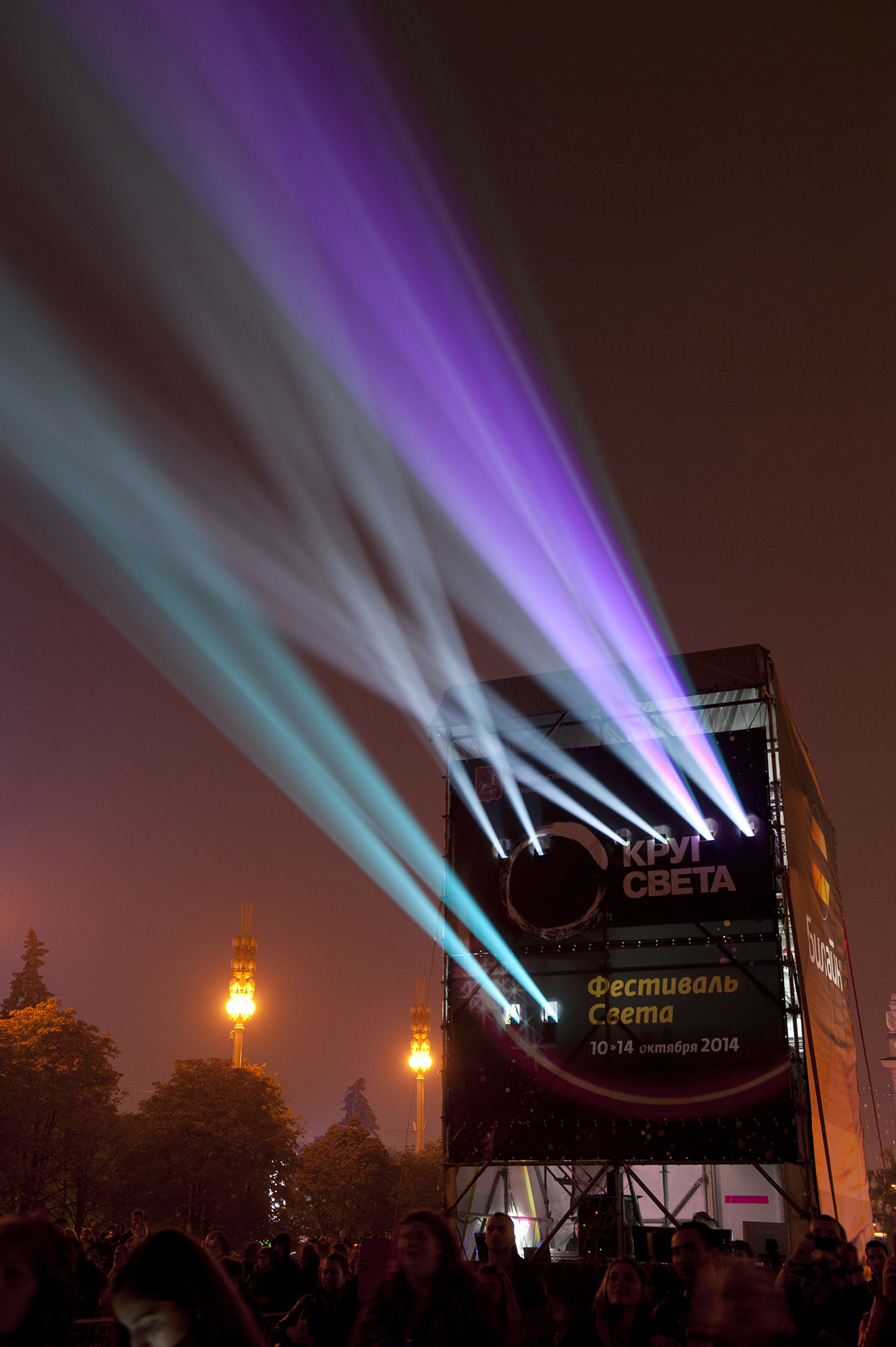 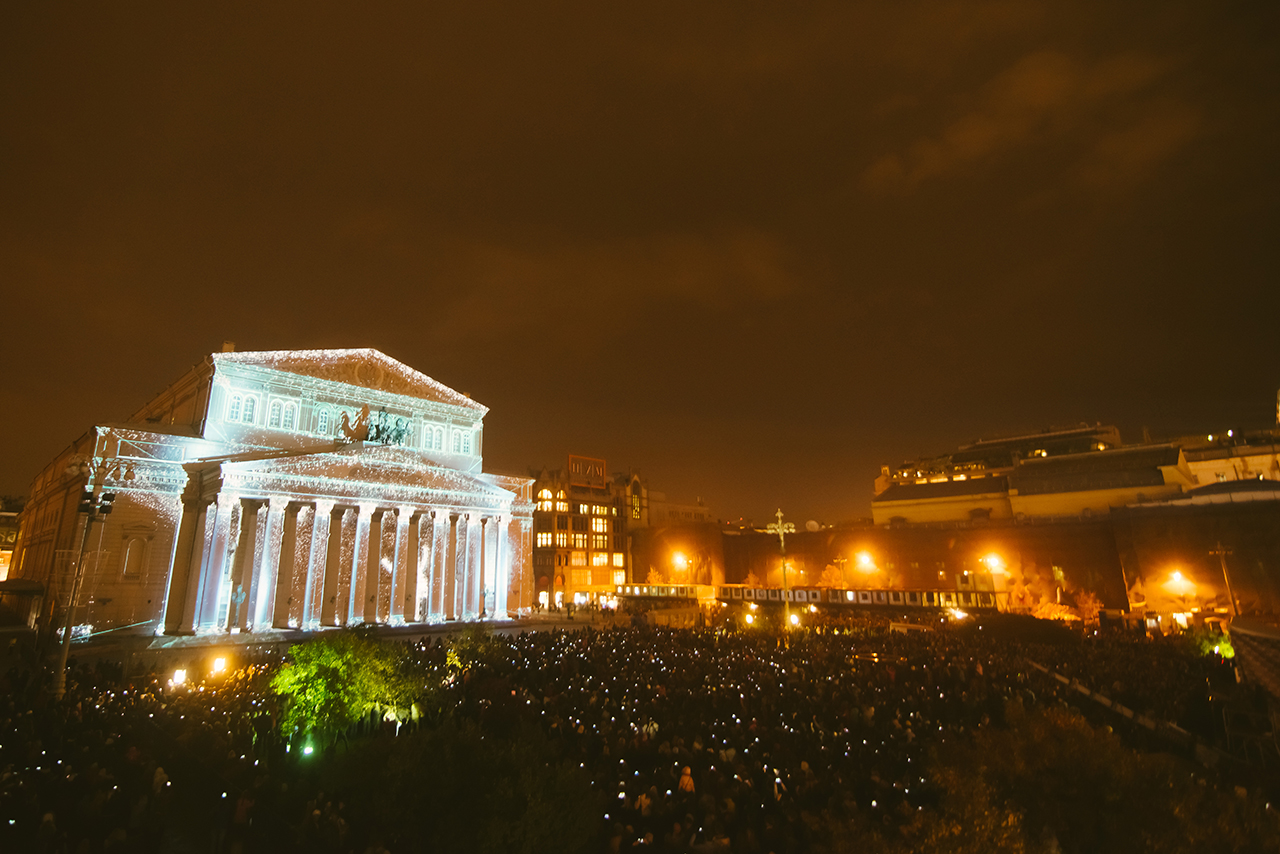 ​The fourth international festival 'Circle of Light' in Moscow – now a major cultural event in the city - has already become the biggest in its history thanks to the skill of internationally renowned ETC Russia, who thrilled spectators with colorful transformations created by the best and brightest video projection and lighting technologies. Seven venues; 70 3DLP Christie projectors; a total luminous flux amounting to over 1.34 million lumens: From October 10th to 14th ETC Russia and Christie lit up Moscow.

This year, Christie also acted as technical partner to the Bolshoi Theatre. Here at the historic facade every evening - with the help of 18 Christie S+22K-J projectors - world-renowned specialists ETC Russia put on a program of four works from creative teams Cosmo AV and H3O Concepts. And, on October 14 at the closing ceremony of the festival, there was a specially created additional video projection program.

Like the previous year, part of the festival was a competition for video mapping. Called ‘Art Vision’, the organizers received more than ninety applications from 63 artists from 26 countries. Technical support for the competition was also carried out by ETC Russia. The competition program and its scale was wider than ever before and the venue moved to ENEA park - a new platform for the Festival - with the best works now defined in three categories. These were “Art Vision Classic” (video projection on the façade of the pavilion #1), “Art vision Modern” (Hall #12) and “Art Vision” VJ' (improvisation to music on the 'Cosmos' and 'Rocket' Pavilions).

Relying on the Roadster

The Australian producer and director David Atkins is an internationally recognised expert (his projects have included the Olympic opening and closing ceremonies in Sydney and Vancouver, as well as the enormous video mapping display projected onto the main building of Moscow State University for Alfa Bank). A member of the jury for Art Vision 2014, Atkins said that the festival can now be considered a world-class event: “Moscow’s Circle of Light is a highly ambitious festival, and as was shown this year, even more so than anyone could have anticipated.” According to Atkins, the festival has advanced remarkably and now attracts visual industry specialists with its opportunities for creative exchange.

The continuing success of the Festival meant there were more venues than ever. Another new site this year was the Ostankino. Thousands of LEDs decorated the surface of the TV tower, and at the Ostankino pond on the opening day, the audience enjoyed the show 'World Tour' and saw a stunning fireworks display. One focus of the show has become the projection on the fountain. Technical support of this part of the Festival was performed by BSS, and used four Christie Roadster S+20Ks.

BSS Technical Director Evgeny Marinichev said: “This is the first time we’ve been asked by the director of a production to have something projected onto a fountain. I have to say that in spite of the Moscow autumn weather – the wind, the fog and the rain – Christie’s projectors were up to the task. The reliability of these projectors has been proven over many years of working in inclement conditions. In the past we have used them to light up ice rinks and to light up ice at the North Pole. Now we are using them to light up the water here. Each of these challenges was a real test for us, but with the support of Christie we were successful every time.”

For more than ten years the Roadster range of projectors has been considered the ‘gold standard’ and is widely used in rental and stage industry. “We have been working exclusively with Christie projectors for many years now”, said Ruslan Semenov, Executive Director of ETC Russia. “They have proven to be dependable time and time again, in numerous projects, and have outstanding technical specifications.”

World-famous experts presented lectures in the educational program as well as serving on the jury for the Art Vision contest. ETC France Project Director Patrice Bouqueniaux, speaking alongside Pierre-Yves Toulot, CEO of Cosmo AV, discussed the experiences of ETC’s international team with video mapping projects; he emphasised the importance of the technical side of things in ensuring the success of large-scale projects – in which the projectors supplied by Christie played an integral role.

Moscow Mayor, Sergei Sobyanin, at the opening ceremony confirmed that the Circle of Light Festival will be held annually in Moscow. This means that the vibrant video installations, and buzzing atmosphere of creativity and celebration could keep on getting even better.