Berkhamsted Boys School, established in 1541, is one of the oldest schools in the world. Queen Elizabeth serves as Patron, and the school counts vice admirals, a former director general of the BBC and writer Graham Greene as former pupils.

Part of Castle Campus, the historic Dean’s Hall, a wonderful panelled space with huge windows, is now used for assemblies, exams and guest speakers, but the school sought to expand the space’s capabilities and to allow it to share resources, such as remote lecture provision, in person presentations and assemblies, among the 6 schools that make up the Berkhamsted School Group. 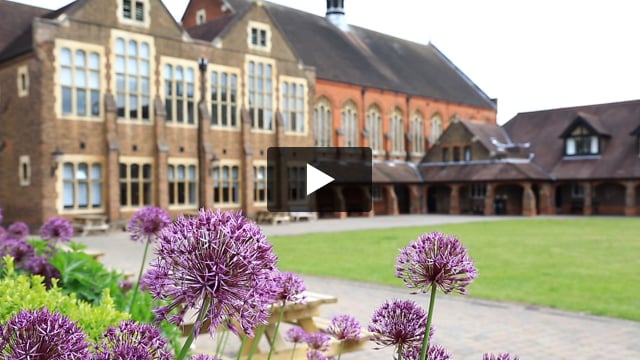 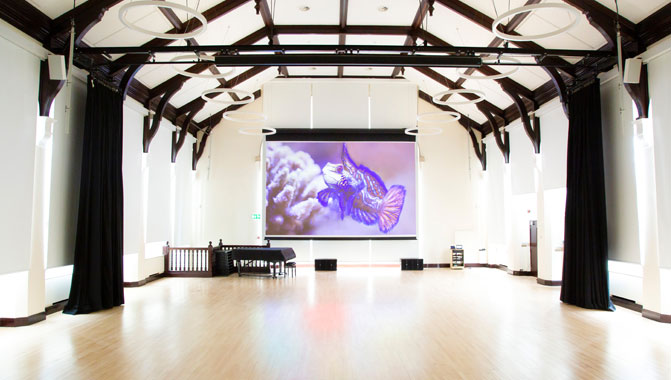 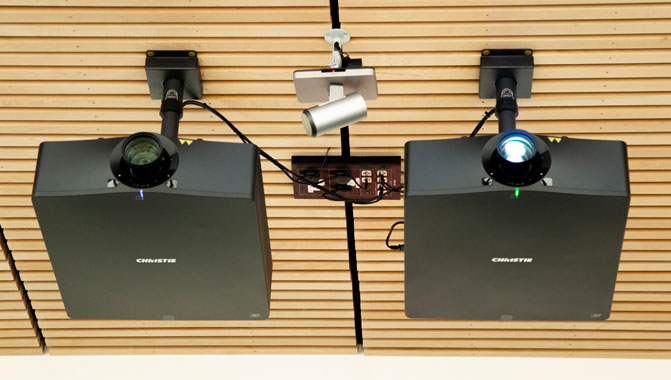 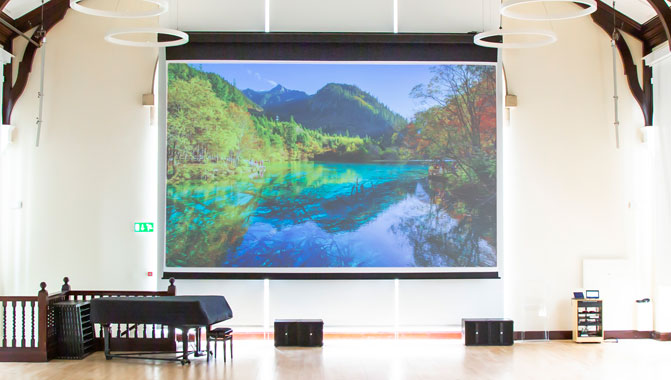 Due to large stained glass windows, managing ambient light was the biggest challenge that impacted not only the selection of projectors and screens, but budget. AVM worked with Glantre to find the best solution and chose two Christie D20WU-HS 20,000 lumen 1DLP® laser projectors. The HS Series features Christie BoldColor™ Technology, which offers enhanced color performance and saturation over standard laser phosphor projection.

Danielle Williams, sales manager, AVM, notes that BoldColor delivers the light levels and image quality they were looking for.

The architect’s pre-construction concept had been to use the main projection screen to help manage the ambient light in the hall, but all the screen manufacturers they approached advised against it. Instead, custom blinds were installed in all the windows, including the large feature window behind the main screen.

Screen International Major Pro C screens and Winch mount were selected for use on the project. In front of the feature window at the end of the hall there is a large projection screen, 6.6 m wide by 4.1 m high (21.5' x 13.4') with a 16:10 aspect ratio. The hall operates in lecture mode with reduced capacity. To facilitate this a second smaller screen-width, a 16:10 aspect ratio is installed in the middle of the hall, in front of a motorized dividing curtain.

Williams says, “We wanted to get the balance right with a screen and projection that offer full color integrity. We knew the image wouldn’t look washed out with the HS projection.” A full suite of lenses is available for the HS Series, and Davies opted for two 4:1 zoom lenses to fill the projection screens.

HS Series projectors have a small form factor, which Davies says was very useful given that the units had to be installed in a high, awkward spot to be close to the eyeline of the back rows of the audience. Davies and the team suspended the projectors from a mezzanine ceiling on an anti-vibration column, to ensure that the image isn’t affected by the vibrations of ventilation equipment located in the floor above.

Setting up the projectors was very straightforward with only minor adjustments and lens shift required. Davies was also pleased by the short time taken to update the firmware on the Christie projectors.

To provide the required flexibility for the hall, the installed systems are fully integrated with building services and hall lighting. Considerable effort was made into simplifying the setup of the hall so it can function as a multipurpose space for assemblies, lectures, or exams. Retractable seating can be deployed depending on the requirements of the event.

Glantre often chooses Christie solutions for their projects, but this was the first time they specified the D20WU-HS. Davies was delighted with the visual impact saying, “The level of brightness was very impressive, and the image quality was excellent. The client is also very happy with the result and looking forward to the return of unrestricted school life to see it in regular action.”