Helsinki's University of the Arts 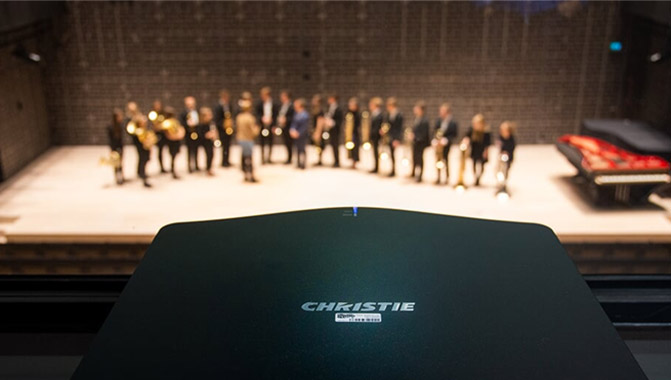 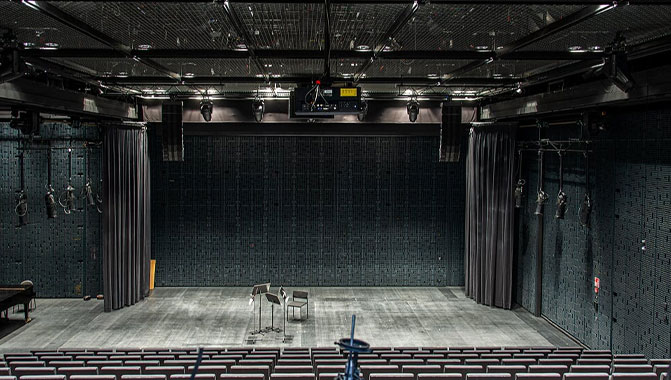 Helsinki’s University of the Arts

Finland has a well-earned reputation for its arts education and a long history of cultural excellence. The world-renowned classical composer, Jean Sibelius, is arguably, the country’s most famous son. The Sibelius Academy is part of the Helsinki University of the Arts which is ranked among the best performing art schools in the world thanks to its combination of disciplines that include fine art, music and theater studies. The university offers a unique education opportunity and ever-increasing numbers of students are attracted to the university through its growing reputation. The increase in student numbers prompted the university’s in-house AV team to upgrade their production facilities, including range of projectors, which had been first installed in 2011.

“We were searching for a solution that wouldn’t need lamp changes, would have more ANSI lumens and would be more cost effective also by eliminating lamp costs entirely,” says Marko Myöhänen, Head of Presentation Technology Department, Helsinki University of Arts. “Quietness is also an important factor for us, since we do a lot of acoustic music without any amplification and still need to project in the concert hall during the performances.”

Kai Tuovinen of Electro Waves organized a trial period to test which projectors would be suited to the university’s requirements. “In partnership with the in-house AV team we decided to put various projectors through their paces before we made our final choice. Christie came out on top overall and we were happy to settle on the one brand for the two separate requirements – classrooms and music performance areas,” said Tuovinen.

The 1DLP® GS Series is designed to deliver performance and reliability for the busy, high-use environments found in higher education. As well as high brightness, image quality and accurate color reproduction, the onboard laser illumination eliminates the need for lamp and filter replacements, which is of particular importance on a university campus since it keeps maintenance and TCO low. The low weight of the GS series made installing and mounting the units an easy task and the full suite of lenses (seven in total) have proved useful when staging student performances.

“The APS Series are perfect for the teaching environment and the versatility and performance of the GS Series made it a natural fit for the performance areas,” adds Tuovinen. “The projectors stood out for the almost silent operation, the uniformity of the image, flexible lens choices and the general cost-effectiveness for such a high-performing unit.”

The APS Series projectors are installed in eight of the classrooms across the university campus. A value for money solution, the APS Series proves that low-cost doesn’t mean sacrificing quality. “We chose the APS Series as it combines affordable 3LCD technology with the reliability, performance and operational life of laser illumination,” adds Tuovinen. “It’s also lightweight and has a low-profile design and whisper-quiet operation which all adds up to the perfect affordable classroom projector.”

Rounding out the installation is the AV control system, which is powered by a Loxone automation solution using I/O ports. It allows the end user to operate a variety of functions – including powering the projectors on and off, lens shifting, zooming and focus. It also operates acoustic curtains and motorized screens. In addition, the control system user can access diagnostics via a smartphone, which allows AV technicians to identify issues and solve them in a timely manner.

The outcome was an effective one, allowing, according to Marko Myöhänen at the university, who observed the benefits of the added visual punch. “We now have more ANSI lumens, so the amount of other light in the rooms and halls doesn’t bother that much anymore. We now get a more precise image, as the older lamp projectors had a slightly blurry image. Also, we can do very quiet acoustic shows with projections, since the Christie projectors are really quiet with a pleasant noise sound profile. We’re hoping to eliminate most of the maintenance costs –lamp changes, electronic cards, power supplies and so on – time is money also for the maintenance staff.”