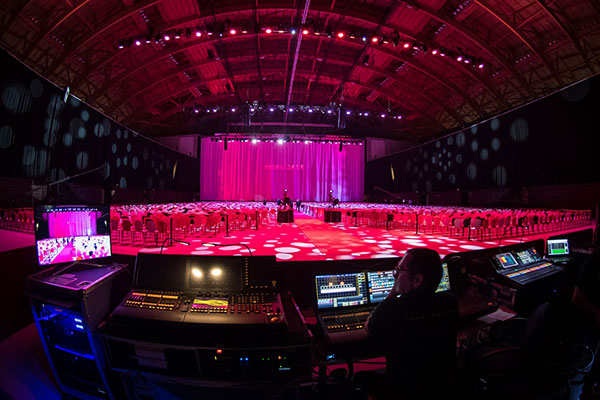 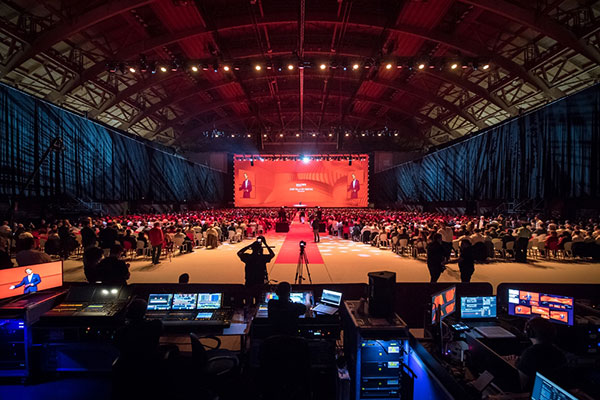 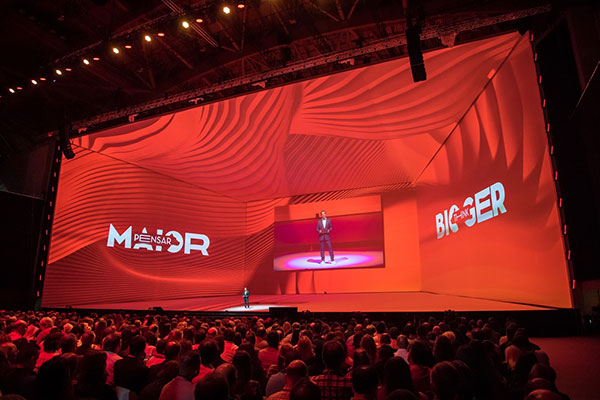 LISBON - For its annual meeting in Lisbon, Fidelidade, Portugal’s largest insurance company, premiered a gigantic three-dimensional projection box, the first of its kind in Europe, which called for Christie’s most powerful projection, processing and show control equipment to power over one hundred million pixels of 4K content.

Now in its fifth year, the event, known as Pensar Maior (Think Bigger) (video link), was held in Altice Arena – Portugal’s largest indoor venue – and presented the company’s results and strategy to over 4,000 employees, commercial partners and collaborators.

The Pop Group events agency commissioned Europalco with the audiovisual services for the meeting. “Fidelidade’s goal was very ambitious: they wanted to create a unique event using the latest technology that would surprise the more than 4,000 people from 16 countries attending the meeting,” recalled Ana Oliveira, from Pop Group.

Pedro Magalhães, CEO of Europalco, explained: “They asked us for an innovative immersive stage that would recreate the idea of a gigantic simulator which would take Fidelidade on a trip along the road the company is laying out for the future.”

With this goal in mind, the Pop Group and Europalco teams came up with a concept for a screen never seen before in Europe: a three-dimensional projection box measuring 42 meters long, 20.5 meters high and 20.5 meters (138 x 67 x 67 feet) wide made up of four white elastic screens plus the floor.

Illuminating the five faces of this vast projection surface called for 14 Christie® 3DLP® projectors with 30,000 lumens divided into five groups, together producing 420,000 lumens.

Six Christie Pandoras Box® OCTO Servers, winner of multiple awards and renowned for creating powerful, large-scale multimedia experiences, were used to manage all the 4K content from the projectors. In addition, Europalco used two Christie Spyder X80 multi-screen processors to manage all the signals in 4K from Pandoras Box, live cams, PowerPoints, apps and so on.

Pedro Magalhães pointed out: “In its annual meetings, Fidelidade always wants to surprise people with striking audiovisuals. This year was going to be no exception and so the concept we came up with had to be really unexpected. It was no easy task to create a three-dimensional projection on a gigantic box in which everything had to fit together seamlessly, but the flexibility and versatility of Pandoras Box made our job a whole lot easier.”

"Turning our attention to the two Spyder X80s” Magalhães continued, “they were well able to manage all the signals in 4K without the slightest hiccup. We are talking about a total of 108,724,224 pixels, the kind of mind-boggling number that only a solution like the Spyder could process with the highest level of performance, flexibility and functionality. It is the only processor able to allow us to create the visual experiences we are looking for.”

Magalhães also underscored the role of the Christie projectors: “Their performance was impeccable. Despite the fact that there was considerable frontal lighting in the stage, the image was always clear and sharp. The stability, robustness and power of the projectors was flawless throughout the whole event, without any kind of setback or delay whatsoever.”