VALENCIA, Spain - The Hemisfèric, part of the cultural and scientific complex at the City of Arts and Sciences inValencia, Spain, recently installed a Christie® CP4450-RGB pure laser cinema projector in its main theatre - the biggest of its kind in Spain, with a concave dome screen covering 900 square meters (9687 square feet) and 24 meters (79 feet) in diameter. Christie’s partner Ingevideo installed the projector.

The eye represents the Eye of Wisdom, symbolizing the human gaze and observation of the world that visitors discover in a series of stunning films screened inside, mainly with scientific and technological content that is changed regularly. 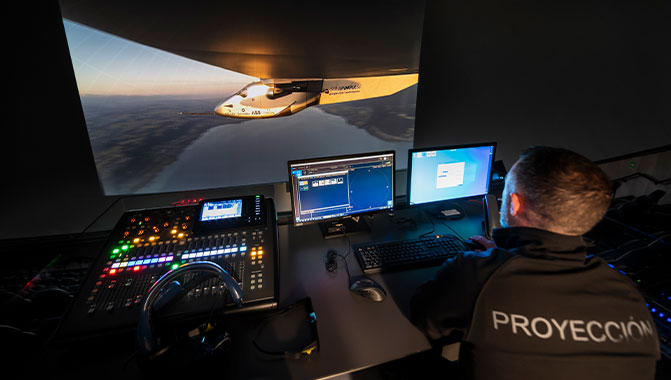 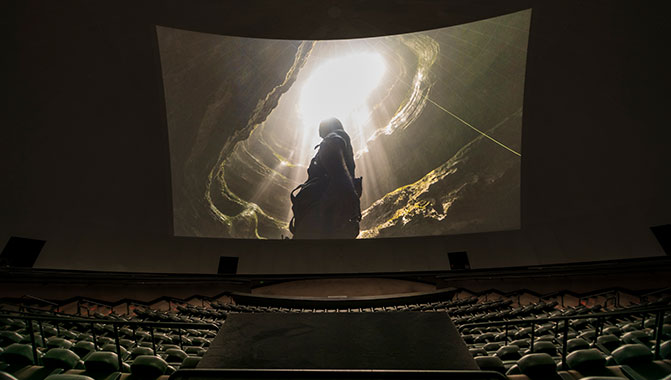 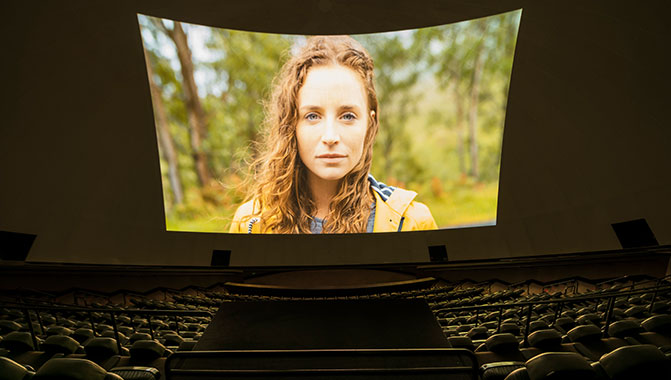 The complex, occupying a surface area of around 14,000 square meters (150,000 square feet), already had three projection systems to cover its various uses, but it needed a really bright powerful projector to enable it to screen any kind of cinematographic content complying with DCI standards. The Hemisfèric opened a public procurement process that attracted three offers, with Ingevideo submitting the winning tender.

Juan Vicente Laparra, head of the City of Art’s projection department, explained: “The Christie CP4450-RGB is a fantastic addition to our fleet of projectors. The brand’s reputation as a world leader was quickly borne out by the projector’s performance and its light output. In addition, the quality of the color and image definition offered by Christie means that on the screen you can differentiate strands of human hair and a person’s pores on the skin.”

The direct-coupled projector for premium large format (PLF) cinema theatres, comes with built-in Christie Real|Laser™ illumination which affords incredibly detailed true-to-life images. With a light output of up to 55,000 lumens, and built on the CineLife+™ ultra-fast electronics platform, the CP4450-RGB is capable of displaying HFR titles in 4K at 120 frames per second and delivering 2D and 3D screen experiences.

Laparra also underscored the projector’s compact size compared with its brightness and its ability to project over a dome screen: “Very few projectors are able to guarantee such millimeter-perfect adjustment on unconventional screens,” he pointed out.

The projection expert also praised the projector’s RGB pure laser technology: “To deliver the level of quality we were looking for, an RGB projector was the only solution. In today’s society, where people are accustomed to 4K resolution on their smartphones, this projector lets them enjoy never-seen-before images with the rich range of colors the RGB is capable of- an impossibility with older color gamuts.”

Hemisfèric is using the CP4450-RGB to screen the educational films Planet Power and Dinosaurs, both in 3D format. “We are beginning to discover the vast potential the new projector offers us, giving us maximum quality thanks to the 4K resolution and an expanded color gamut. This allows us to screen any kind of content available in the cinema market.”

Laparra was pleased with the service provided by Christie and its partner Ingevideo: “They made a significant impact with their commitment and efforts to carry out the installation in the tight time frame available to us, especially given the current instability and shortage of supplies worldwide. I can safely say that this project would not have been possible without their invaluable contribution.”