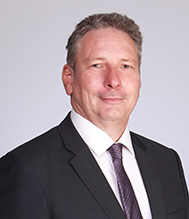 CYPRESS, Calif. –  Christie® is pleased to announce that Michael Bosworth has been appointed to the position of Executive Vice President, Enterprise. Michael has been managing the Christie Australia office and serving as the head of Asia Pacific sales for the Enterprise division.

“During his tenure of over 30 years in the industry, Michael has demonstrated his expertise and experience in the rental staging, theme park and visitor attractions, control rooms and product distribution markets,” said Zoran Veselic, president and chief operating officer, Christie. “I would like to congratulate Michael on his promotion to this global position.”

Michael began his audio visual career in the UK for a rental staging company supplying AV to the West End theatres in London before taking up a business development role in the industry.  Michael then moved back to Australia and held the General Manager position with Staging Connections in Brisbane, before starting his own company VR Solutions Pty Ltd., which grew to establish offices in Australia, India and Malaysia, specialising in designing visualization solutions. Christie acquired VRS in November 2013, and Michael managed both the Christie Australia office and served as head of Asia Pacific sales for the Enterprise division.