Bogotá, Colombia - The Bogotá Planetarium (Colombia) is now Latin America’s most advanced theatre of its kind thanks to its newly installed projection system that includes two Christie® Griffyn 4K32-RGB pure laser projectors controlled by Christie Pandoras Box® Version 8 and Christie Mystique™ camera-based alignment and calibration software. In addition, the planetarium has also contracted Christie Professional Services for the preventative maintenance of the system.

After 52 years of using optical-mechanical projection systems for its dome—which holds up to 376 people—the planetarium was looking for a technological upgrade that would guarantee its audience high quality life-like immersive experiences in the arts, science and technology. “Resolution was obviously our bottom line,” recalled Carlos Molina, coordinator of the Bogotá Planetarium, run by IDARTES, Bogotá City Council’s arts department. 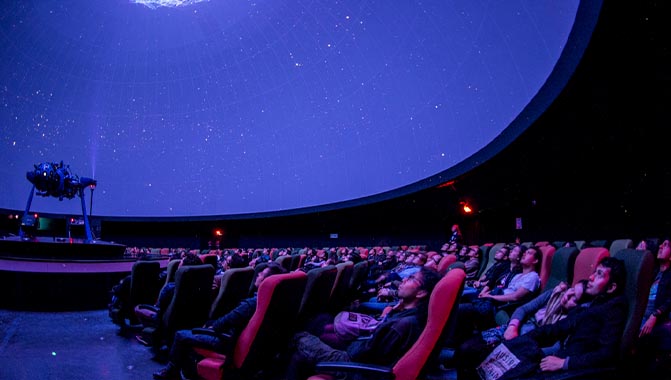 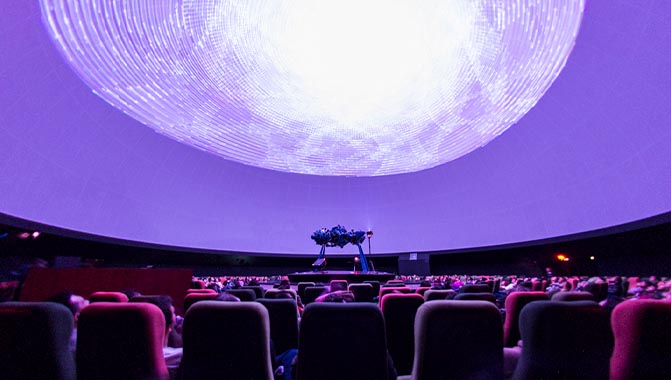 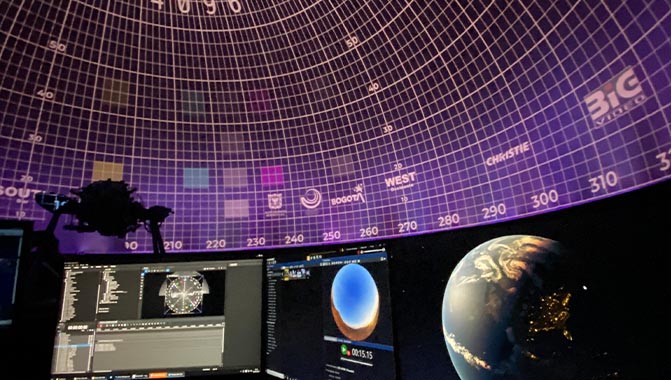 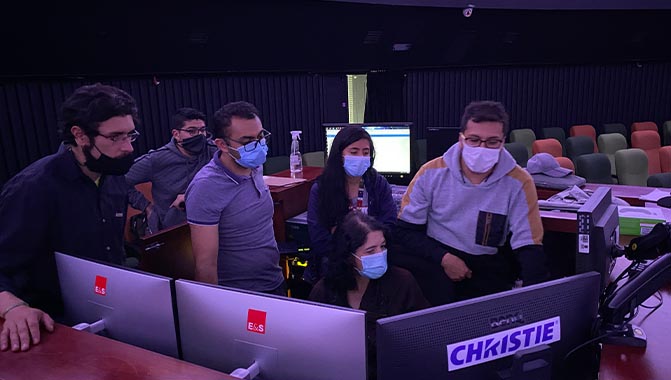 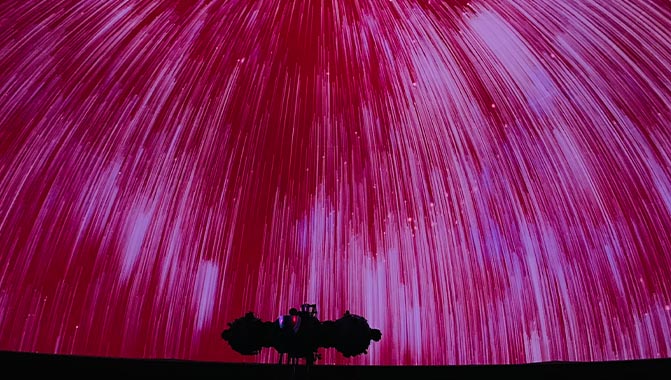 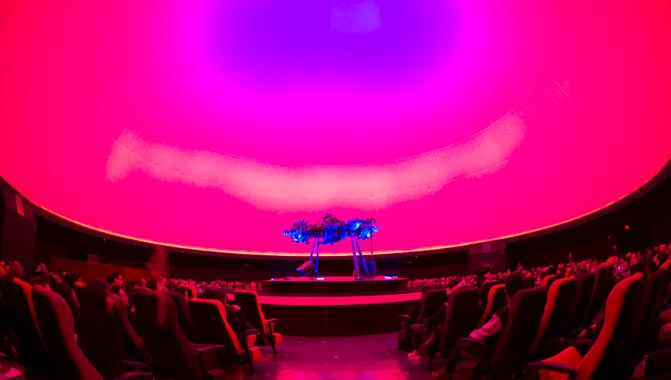 “Given that the majority of productions aimed at planetariums come in 4K resolution, we were obviously looking at 4K projectors, but we also wanted an environmentally-friendly solution that didn’t use lamps, that would have a longer-lasting light source and be more energy efficient. And the Griffyn gives us all those things. And on top of that it also gives us brighter colors, better contrast and more powerful brightness (34,000 lumens) to cover our 23-meter (75-foot) dome.”

Joaquín Gutiérrez, director of Bigvideo SAS, one of the companies which won the public tender to supply and install the project in conjunction with Merge and AV Design, confirmed that the Griffyn “was the perfect choice because of its versatility, cutting-edge technology, light output, resolution, size, weight and cost, not to mention the possibility of upgrading it to 3D in the future.”

At the same time Carlos Molina also underscored the reliability of Christie products: “The projectors in our planetarium get a lot of use, being employed to the max in eight to nine separate sessions every day. We felt we were in safe hands with Christie because of the proven performance of its projectors under demanding conditions.”

The planetarium’s two new Griffyn projectors are edge blended, one covering the dome’s north hemisphere and the other the south. However, each one actually projects over approximately 70% of the dome to ensure more than sufficient overlap for blending and warping. The projectors are outfitted with special Navitar lenses for curved surfaces, which ensures a homogeneous focus of 90%.

Christie Pandoras Box Manager and a Server with Pandoras Box Version 8 software were installed to control the projectors, as well as Christie Widget Designer to create customized applications. “Pandoras Box is a reliable solution for playing back content, and it also accepts the double 4K input at 60 Hz from the Digistar 7 system, the special Evans & Sutherland planetarium software we acquired for the project,” explained Joaquín Gutiérrez.

The newly installed equipment also includes Christie Mystique Large Scale Experience (LSE) Edition, which provides multi-camera warping and blending for projection stacking and edge blending. “It is a versatile, robust solution to automate the warping and blending functions. You can align and blend multiple projectors precisely with a single click thanks to its automated camera-based system, in this case using three cameras,”, added the director of Bigvideo.

At the same time, the Bogotá Planetarium has also contracted Christie Professional Services to prolong the life of its AV systems and make the most of its investment. “Because of the major outlay we made in new equipment, we were interested in preventative maintenance and real-time monitoring of the system. We need potential problems to be pinpointed and resolved quickly to maximize the system’s uptime,” Carlos Molina clarified.

The planetarium’s new projection system ensures it has many alternatives in terms of enabling audiovisual, theatre and musical shows, but it will also satisfy the most ardent planetarium-goers with incredible trips to the stars, making it both a truly immersive theatre and an experimental audiovisual laboratory.

Diego López, Christie’s general manager for NOLA and Andean Region, concluded: “We are delighted that the Bogotá Planetarium placed its trust in the potential of Christie integrated solutions for its recent upgrade. We are convinced that the latest-generation technology will make it one of the world’s most modern planetariums. And, of course, we would also like to express our gratitude to our partners in this ground-breaking project in the region for their commitment at all times.”