22 years of partnership with TIFF

TORONTO – Christie® returns as the Official Digital Projection Partner of the Toronto International Film Festival® (TIFF), from September 8-18, welcoming back audiences to celebrate the best of Canadian and international cinema in person with screenings, special events and industry conference sessions.

Christie digital cinema projectors illuminate screens throughout the Festival, including the Visa Screening Room at the Princess of Wales Theatre and Roy Thomson Hall. The venues are lit up by Christie CP4430-RGB and CP4450-RGB pure laser projectors, respectively, delivering high brightness and rich color to immerse audiences. A new venue for this year’s Festival is the iconic Royal Alexandra Theatre, which uses a Christie CP4415-RGB pure laser projector to illuminate the screen. Due to the unique nature of the venue, the projector is installed at a 30-degree angle, with Christie Mystique Cinema integration kit used to correct the image and align it perfectly to the screen.

“We’re back and TIFF couldn’t ask for a better partner than Christie to help reignite our audiences’ love of films,” said Diane Cappelletto, Director, Technical Production Services. “Twenty-two years is a wonderful milestone to celebrate together and we’re excited to bring the Festival back to Toronto, powered by Christie’s state-of-the-art RGB pure laser cinema projectors.” 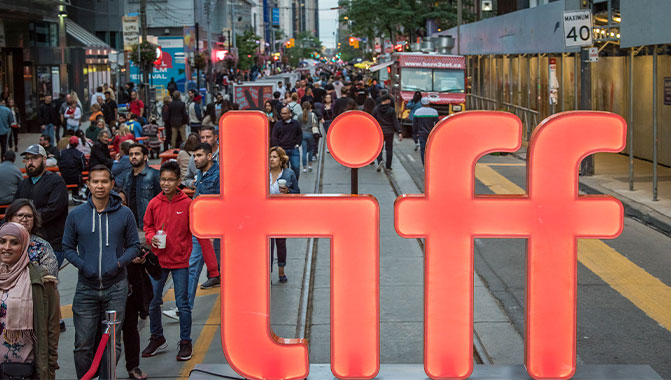 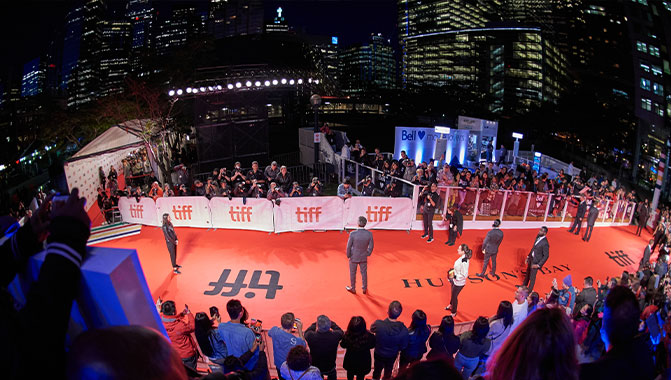 This year, Christie moves beyond the screen with Let’s talk about Future of Cinema Technology, a TIFF Industry Conference Microsession. The session will feature a discussion between director-writer Drew Lint, whose work has won an “Emerging Canadian Director” prize; award-winning cinematographer Luc Montpellier, CSC; and Allan Fernandes, director product management, Cinema, Christie. The panel will explore the growth of technology in the industry and the new possibilities for artists to present their visions in 4K, HFR, 3D and 120fps. Christie’s Microsession takes place September 9 from 3-4 p.m., at the CBC Conference Centre 2, Glenn Gould Studio for all Industry Programme passholders.

“We celebrate another year as the Official Digital Projection Partner of TIFF, offering our vibrant RGB pure laser projectors for an exceptional moviegoing experience,” says Arlonna Seymour, executive director, Corporate Marketing, Christie. “We are also thrilled to expand the conversation with our Industry Conference Microsession, supporting Christie and TIFF’s shared vision of enabling the future of cinema with innovative technology.”

In addition to highlighting new and emerging Canadian filmmakers, this year’s TIFF lineup includes “Causeway,” starring Jennifer Lawrence and Bryan Tyree Henry – a world premiere feature and directorial debut for Lila Neugebauer, as well as world premieres from Canadian filmmakers, including “Women Talking” by Sarah Polley and Luc Montpellier as cinematographer; “Black Ice” by Hubert Davis and “Dalíland” by Mary Harron. TIFF also sees the return of Festival Street where part of King Street is blocked off, between Peter Street and University Avenue, for free, family-friendly entertainment.

Christie is proud to continuously partner with film festivals around the world, including the Cannes Film Festival, the Shanghai International Film Festival and the Malaga Film Festival.

For more information and tickets to the Toronto International Film Festival, visit https://www.tiff.net/.