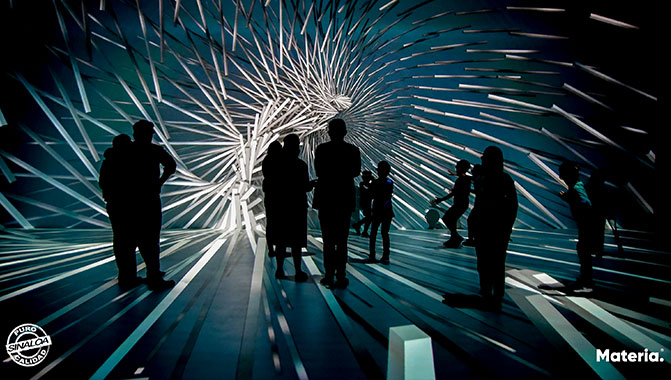 Cubo Negro 8K is a replica of Deep Space 8K, an installation at the Ars Electronica centre in Austria, where the project originated. Cubo Negro 8K is one of the icons of this new science museum, which defines itself as a “museological laboratory to build the future”.

Art, science and technology are combined in Cubo Negro 8K to screen never-before-seen images, including those of the earth, sun and cosmos. As Luis León, director general of the Sinaloa Science Centre, explained, “The Cube provides an interactive experience within an immersive space. In addition, it also serves as a forum for discussion on technological development, the use of the image and concepts affecting transmedia culture.”

Cubo Negro 8K is a  collaboration between Ars Electronica, which is the license holder and creator of the concept of the space, Mexican technical integrator Planetarios Digitales, and the Sinaloa Science Centre and the government of the State of Sinaloa, northwest Mexico, with Christie assisting in the integration and installation of the projectors.

“It was a truly rewarding experience,” León claimed. “Given that this is the first replica of Deep Space 8K outside Austria, it involved an incredible amount of hard work and a lot of coordination, beginning with the different styles of work, the need for fluid communication between all the agents involved and then the implementation on site of an unprecedented project for America.”

Cubo Negro 8K is an interactive experiential space with 8K projection on floor and wall using eight Christie Mirage 304K 30,000 lumen projectors, which are 4K, 120Hz capable and can screen images in both 2D and 3D stereo with incredible quality. Four of the projectors are combined to screen a single image on a wall measuring 13 meters long by 7 meters high, while the other four project a single image of the same size on the floor. 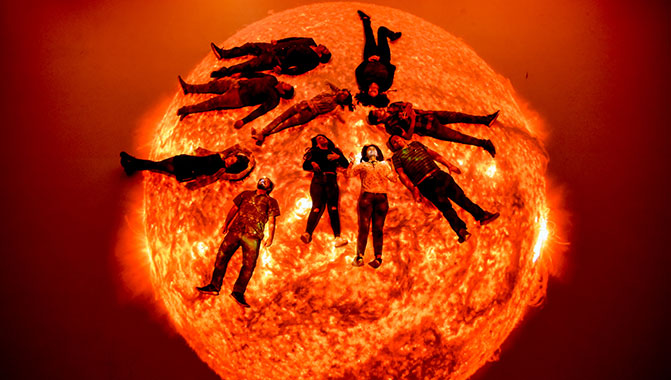 Together, the eight projectors power 70,778,880 pixels with a resolution of over 8192 x 8620 pixels both on the floor and the wall. The Christie Mirage projectors, which receive video signals over fibre optic as well as HDBaseT, are fed by high performance servers designed especially for the purpose by Ars Electronica. The contents are shown in 2D, 3D, and gigapixel, with laser sensors providing interactivity. Guests can walk around and explore the projection on the floor and walls, providing a totally immersive experience.

“The quality is amazing,” León enthused. “Having this amount of pixels in the space with this level of brightness and being able to have them so close is really unique. Eight 4K projectors to achieve an 8K resolution with audiovisual content created specifically for this format takes you on a completely immersive experience. The brightness and performance of the projectors is incredible. The simple handling, the response, the software and the end result they offer make them the ideal tool for the space.”

Enrique Fonte, director of Planetarios Digitales, endorsed this opinion: “The hardware and software system of Ars Electronica, unique in its kind anywhere in the world, called for a really high quality projection system. The Christie Mirage projectors guarantee the required performance thanks to the quality of the image and their robust construction. Ready for 24/7 service to meet the high demand for use, they are incredibly reliable and guarantee unbeatable images. Once again, they have shown why they are the projector of choice in the world market for this kind of installation in museums, science centres, planetariums and entertainment centres.”

As well as supplying the eight Christie projectors, Planetarios Digitales also provided the 5.1 surround sound system which delivers audio from three different sources routed with a digital mixer, including microphones for presentations. It also supplied the acoustic treatment system, as well as four mirrors to project on the floor of Cubo Negro, plus almost two kilometres of cabling and a vast number of parts and accessories.

Luis León concluded: “The experience of the Cubo Negro 8K can only be found in Austria and now in our Materia museum in Culiacán, Sinaloa. There is no other place in the world like Cubo Negro 8K with this infrastructure, projecting 8K immersive contents in 2D, 3D, interactive and gigapixel.” 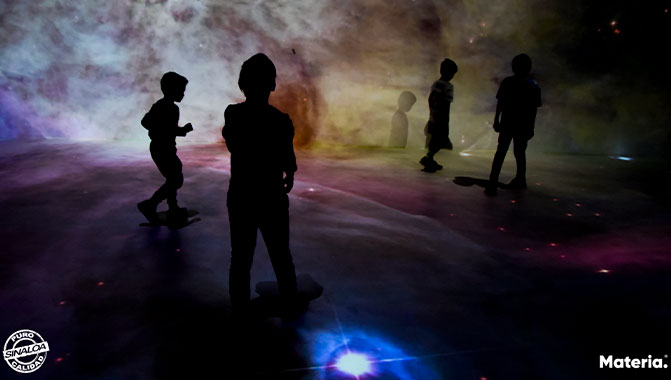 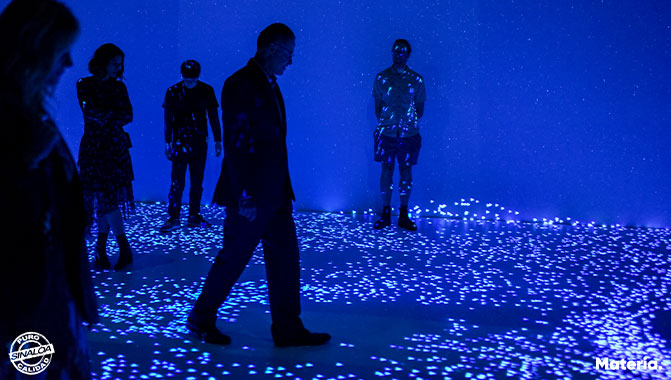