SAO PAULO — A Christie® CP4330-RGB pure laser cinema projector will light up the main auditorium screen at CCXP19, the world’s biggest pop culture event, from the 5th through 8th of December in São Paulo, Brazil.

The Cinemark XD auditorium, with a 3000-person capacity, will exhibit the contents of major studios, publishers and players in the entertainment industry on a gigantic Severtson SAT 4K screen measuring 20 meters (65 feet) wide by 8.4 meters (27 feet) high. 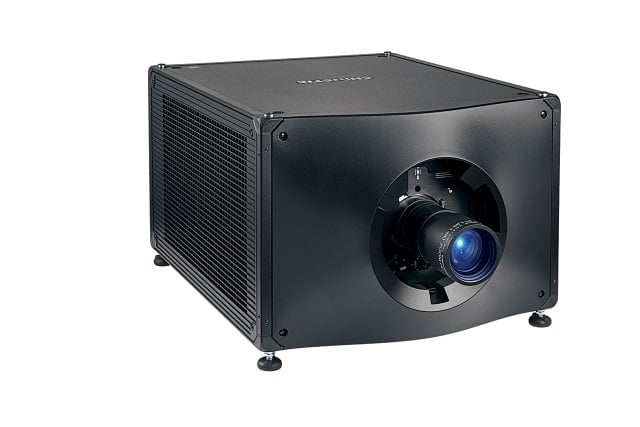 “We are delighted that Christie will bring its RGB laser cinema projector, the  best and most modern cinema technology in the world, to CCXP19,” said Erico Borgo, Chief Geek Officer at Omelete Company, the company organizing the event alongside Chiaroscuro Studios and PiziiToys.

CCXP19 attracts corporations, professionals and individuals for what is essentially a celebration of everything new and geeky. Last year the show attracted more than 262,000 people, making it the biggest pop culture festival on the planet.

Ricardo Laporta, Christie territory sales manager for cinema in SOLA, said: “We are thrilled to be involved so closely in this global entertainment industry event with our powerful RGB pure laser projection technology lighting up the gigantic screen.”

The Christie CP4330-RGB, with its combination of 4K resolution, expanded color gamut and enhanced contrast ratio, far exceeds cinema’s own industry standards (DCI). The system provides a new level of image quality and performance   offering the highest brightness efficiency and the lowest total cost of ownership.

Christie Real|Laser™ solid-state illumination and CineLife electronics deliver more than 30,000 hours of optimal performance before dropping to 80% original brightness. For a typical cinema, this equates to more than 8 years of stable, uncompromised, virtually maintenance-free operation.