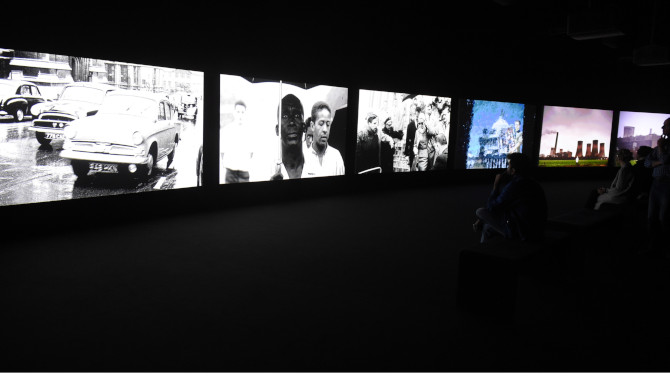 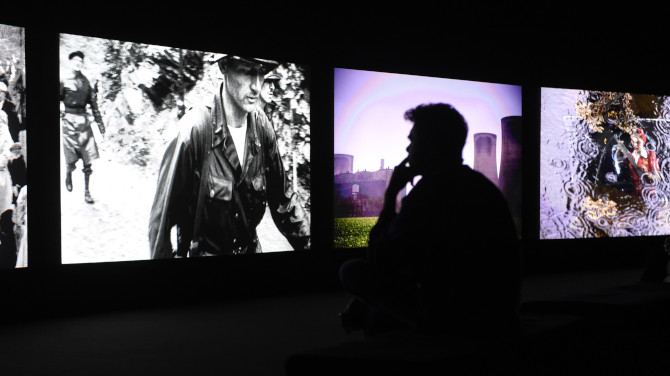 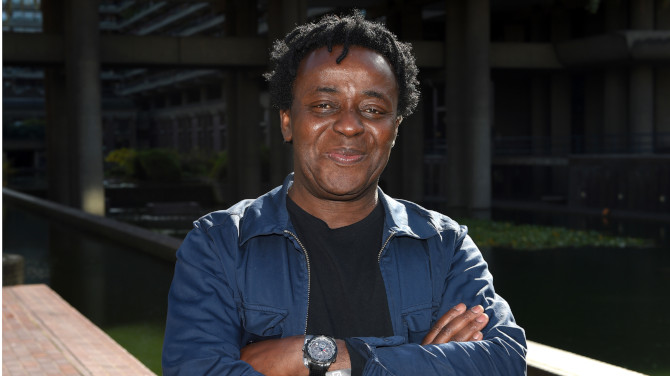 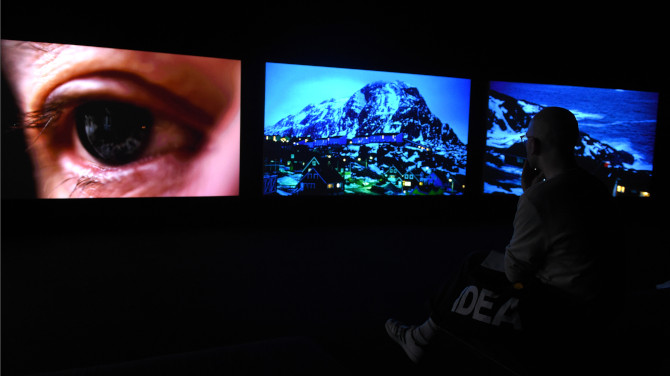 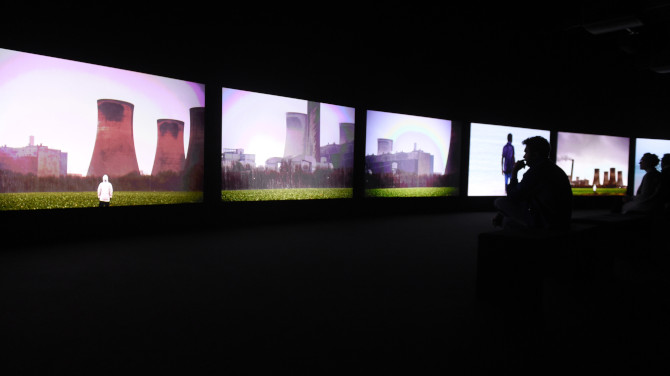 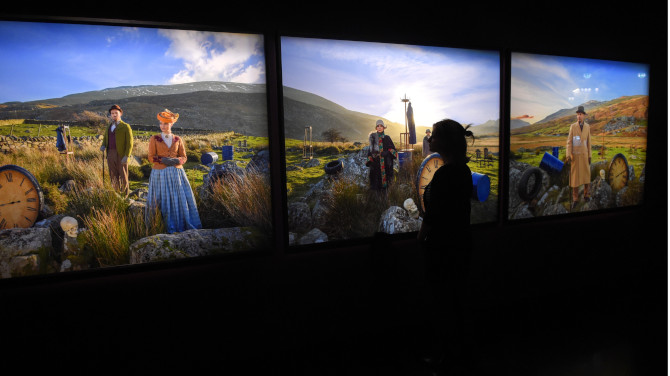 Content sets out to engage viewers, which makes it interesting to discover a difference between most commercial screenings and some art pieces. It seems projectors can reveal so much hidden information to the artist about their work that London's Barbican Centre builds-in time to use the projection for feedback in the final edit. In major artworks, the artist sees the final installation in-situ and use projectors to adjust on-screen and, also, take information back into the edit suite. This was brilliantly evident in Purple where artist, John Akomfrah, made changes from colour and contrast, to creating a specific mood, such as melancholy. Purple is an epic work charting climate change in symphonic scale, over six large screens some 20 metres wide and a 'ravishing reminder of what we all stand to lose', according to one review.

"When Christie and London's Barbican Centre became long-term partners, it was underpinned by a joint belief in how art and technology increasingly come together to give audiences enriching shared experiences," said Zoran Veselic, Executive Vice President, Global Market Solutions, whose chance meeting with Sir Nicholas Kenyon, Managing Director of The Barbican, sparked the relationship between the two companies. "The detail of how art and projection works behind the scenes in Purple to bring viewers such a moving experience was fascinating to see. This is world-class art in action."

Projecting a Mix of Archive and Digital Footage

Akomfrah and his production company, Smoking Dogs Films, often use digital and analogue footage side-by-side and Purple uses this contrast. The team spent months filming from Alaska to the South Pacific. You see these stunning digital images of natural beauty - perhaps wolves roaming wild or Arctic snow - juxtaposed alongside old archive footage; pitiful captive animals, innocent children playing at school in the 1960s playground, promises by politicians over decades. Beautiful and perturbing, regretful yet hopeful, it posed technical considerations and challenges. Early on in the process Akomfrah started to think about the final delivery system.

"The projection system needed to manage huge digital files between 4K and 6K but also be 'friendly' with 35mm stock transferred from BBC archives. And this was important as there was a mix from negatives, inter-negs, inter-positives, reversal which were cut, copied and transferred. So a third of the way through we realised we needed a projector which could handle this phenomenal range of film stocks," said Akomfrah. "We wanted to end up with a more seamless look from this range with a look that felt forensic but also friendly. We want a projector that 'blended' all this material in a comfortable and elegant way; a projector that dealt with this range by offering us a set of colour judgements, we could trust. We are familiar with Christie because of our cinema and film background and knew we would get that mix." Akomfrah had seen the previous exhibition at the Barbican's Curve using Christie and asked if they too could have Christie projection through the partnership. Christie provided 6 WU14K-M 3DLP projectors, all with short throw lenses

When the artist sees the piece projected in the space, everything has an impact on the artwork. Artists shoot original material, usually to a design or colour scheme, then edit and grade those colours to match. "But when you see it installed, the space starts to make particular demands and what you need is a projection system that is an ally," explained Akomfrah. "For example, I graded Purple to work with more light. And we made our grading decisions in a relatively small studio. But we install it at the Barbican and suddenly I have six, 11-foot screens measuring 70 feet across. And nothing prepares you for that. There is always something you have not anticipated or seen. And that's when you need your projector as an ally."

The team used the projectors to change final images. "Once you have fired up the projectors, you want a uniform look on the colour front and Christie is very good at these adjustments. But the projectors can do something more profound and suggest a whole new way of seeing the work you have produced," continued Akomfrah. "Most projectors have a set of defaults - such as cinema 'look' - but you can customise these projectors to give you a unique look for each environment too. And, so even though even we had graded the project to look a certain way, we were able to fundamentally alter that with the aid of the Christie projectors. We managed to change how much black the images could take, how much contrast each image required, the ratio between shadow and light. And basically got more out of the images than we ever thought possible.

What Akomfrah eloquently refers to as 'Those intimate conversations with hardware' does something else too - it gives the artist feedback on images which they can decide to re-edit. "For many snow scenes we had added cyan as we wanted the snow to feel warm not desolate. But we then saw it was too much. We took the colour out on the projectors - you can just go into the menu and isolate each scene. However, in the end we decided to go back into the editing suite with the information the projectors had given me." Akomfrah describes this as a dynamic relationship which worked very nicely.

The final projection even comes to play in the emotional journey that the artist is seeking to create. "It sounds technical but isn't as this is what images are supposed to do. It's probably not obvious to most of the audience but I can tell you if something looks dull or rich for instance, and these have technical implications. Sometimes I wanted a mood - melancholic, sombre, vibrant - and you have to find a technical equivalent in what the projector can give you. Part of what we have to do as artists is that you have a whole set of poetic or narrative questions you want the project to raise and all these need to be achieved technically. You can literally talk to these projectors to give you things. It can, for instance, tell you how to present a melancholic scene, but you need to ask it questions. And understand what its saying back to you."

Akomfrah emphasizes that this is not about using projectors to isolate flaws; "Far from it because you realise there were values you hadn't seen so we are using this feedback to boost, exaggerate or embellish what was there but we were not aware of. This really is a sign to me of good system. At that point you can make a choice…is it useful, take it out, push it further. So this is not a negative thing but a positive revelation."

At least three screens at any time would have broadly the same material, either digital or archival, which meant that the projectors needed to be absolutely consistent so that any differences were editorial not technical. "If the audience can see 6 screens of ice in Greenland, we need them to look the same. And out of all tests we did, Christie was the most reliable and faithful. Plus they offer something extra, a richness of colour, detail, way they handle black levels, something unexpected. Over the years when we have used Christie projection that level of 'something else' goes up hugely. They give you that bonus you hadn't anticipated or expected.  So I love working with them."

Artist John Akomfrah was born to political activist parents in Ghana, who fled with him to Britain in 1966. Akomfrah picked up numerous awards including a CBE (Commander of the British Empire) for services to film. Politics feature in Akomfrah's art and Purple (so called after the colour of the sky at dawn) was Akomfrah's most ambitious project to date with his production studio Smoking Dogs Films.

Born in 1957, Accra, Ghana, Akomfrah lives and works in London. A founding member of the influential Black Audio Film Collective (1982–1998), his work has been shown in museums and exhibitions around the world including the Liverpool Biennial; Documenta 1, Kassel; Centre Pompidou, Paris; Serpentine Gallery, London; Tate Britain, London; Southbank Centre, London; Bildmuseet Umeå, Sweden; Eli and Edythe Broad Art Museum, Michigan; and The Museum of Modern Art, New York. A major retrospective of Akomfrah's gallery-based work with the Black Audio Film Collective premiered at FACT, Liverpool and Arnolfini, Bristol in 2007. His films have been included in international film festivals such as Cannes, Toronto, Sundance, amongst others. Earlier this year, John Akomfrah won the UK's leading prize for international contemporary art, Artes Mundi 7.