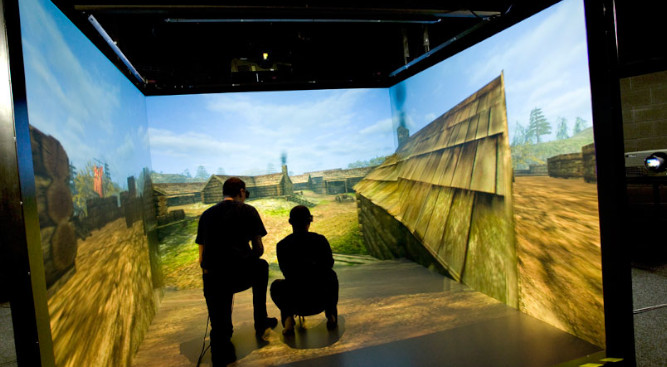 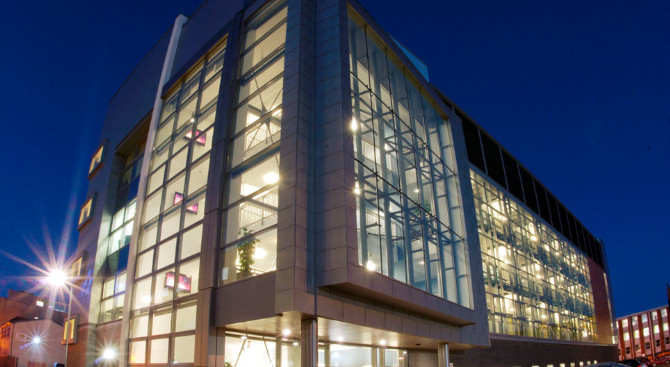 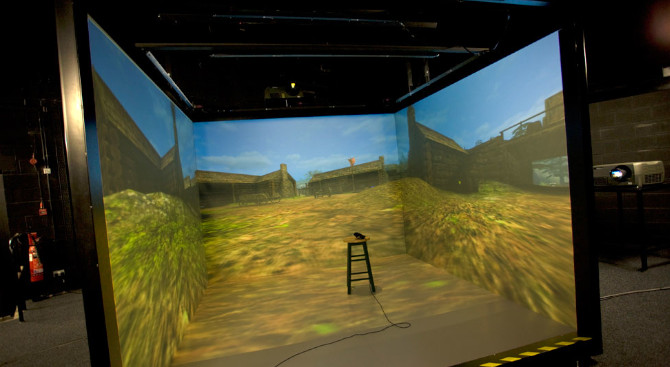 Teesside University has created a new visualisation environment at its campus in Middlesborough, drawing on Christie projection and new technologies to help boost its research programme.

Situated within the Innovation Building — the £10m home of the School of Science & Technology — the integration replaces the custom-built ‘Hemispherium’, a 6-metre dome, which was built when the University’s Virtual Reality Centre was constructed in 1997, and installed with a Silicon Graphics ONYX engine. This was decommissioned two years ago — largely because the installation had required seven projectors, and these were not considered to be sufficiently bright.

Fred Charles, the School of Computing’s Principal Lecturer in Visualisation, had specified the tender requirements for both the structure and the computer system. Antycip Simulation was awarded the tender and Charles then worked with the company’s engineer, Marc Lechalupé, to achieve the school’s objectives.

“We disregarded very quickly the traditional VR systems as they are overly expensive nowadays,” he said. “Antycip Simulation were the only VR system integrators who were willing to build the system to our requirements and very low budget,” he said. The company took on the project management and full on site integration.

Gaël Ramaen, Antycip Simulation European Marketing Development Manager, confirms that, “the Yview was initially positioned with entry level 3D projectors, which would require upgrading. Our proposal took into consideration the challenges the University faced: limited space and a budget constraint. This solution was a stepping stone and foundation to meet their future aspirations.”

“Few projector brands would be able to deliver the level of high-end performance”, acknowledged Fred Charles. Having deliberately created the original platform with lower grade projection, the step up to Christie’s SXGA+ 6000 ANSI lumens projectors made a huge difference, he confirmed.

The Christie projectors had been chosen after a demonstration of the system in situ. The four stand-mounted projectors fire onto the specialist screen surfaces, with the floor projector refracting the beam down onto the 3m x 3m base via a large overhead mirror.

“We could suddenly appreciate for the first time detail in the simulation environments that had not been visible before — such as cracks in the terrains where the modelling needed more attention,” he said. “With the original brightness and resolution these simply couldn’t have been perceived.”

The rear-projection onto flat screens is fairly standard as it does not require complex optical correction and image blending as it would when displaying onto curved surfaces, (such as onto the old Hemispherium). Yview allows for full user interaction with the 3D virtual environment, whereas the old Hemispherium was only limited to a single user with limited means of interaction.

As the computer system configuration is standard in terms of the architecture (server/clients), it is possible to write software to extend from single projection to multi-projection graphics engines with limited development costs.

The essential piece of hardware enabling this is the ORAD dedicated graphics generator which allows the combination of the graphics output cards.

Control is from a PC cluster composed of eight PC clients where each one runs a full version of the visualisation engine. However, the virtual camera for each PC is calculated and offset (position and orientation) based on the eye it is rendering and the screen it is displayed onto. The resolution of the final stereoscopic image is 1400 x 1050 at 110Hz, therefore each eye is rendered at 55Hz. The PCs are genlocked and synchronised, with both the projectors and the emitters for the shutter glasses.

The primary visualisation software is the Unreal™ Engine from Epic Games. While the cluster is installed with both Windows and Linux partitions, the Games Engine is running under Windows. “At the time this was the only package that was free, and offered good graphic rendering,” acknowledges Fred Charles. The system has the ability to sync and blend the outputs of both video cards.

Teesside’s research lab is also specialised in the field of Interactive Storytelling, a major endeavour by the University to develop new media, in order to offer a radically new user experience, with a potential to revolutionise digital entertainment. This covers a varied spectrum of paradigms from a Holodeck-like experience, which Antycip Simulation’s Yview installation supports, to interactive films, where the spectator can influence the unfolding of the story.

The lab is presently coordinating an EU-funded research project on interactive storytelling, called IRIS. Built with the help of University funding, the new facility will be primarily used for research.