The Spanish football club gets its hands on 30 Christie Captiva ultra-short throw projectors. 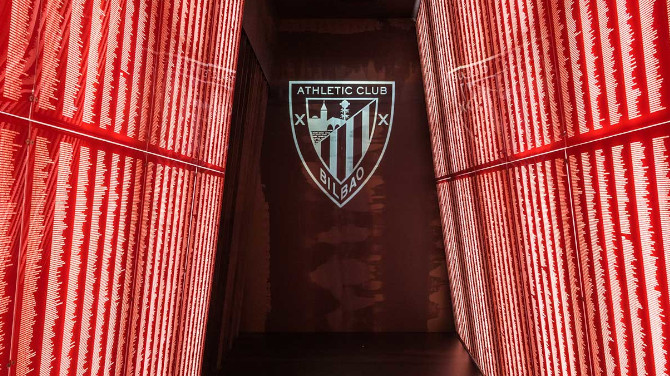 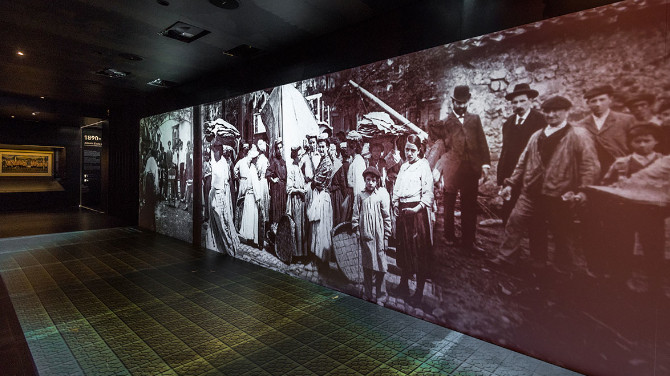 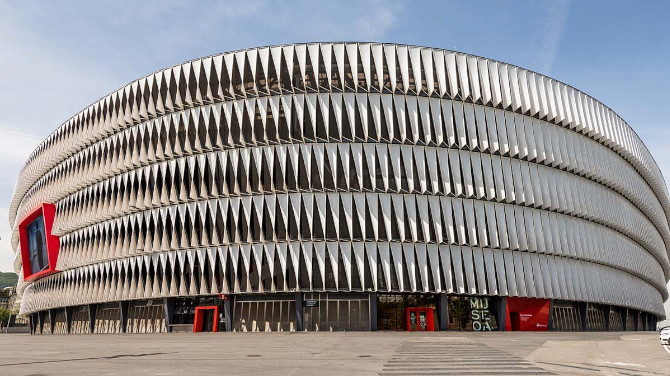 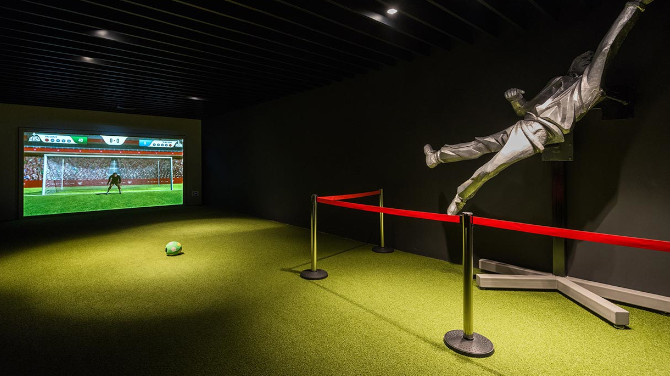 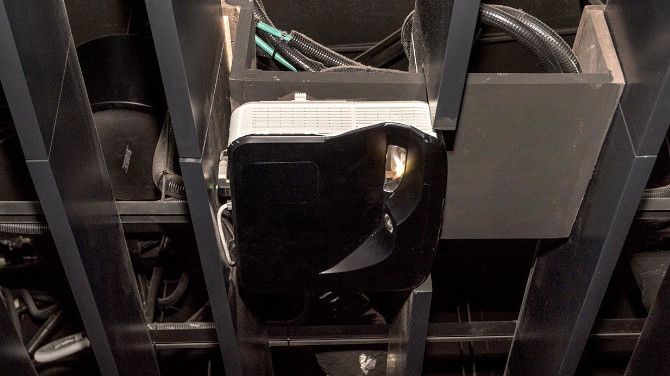 Over 120 years of history summed up in 1300 square metres spread over three floors. More than 500 original objects (trophies, kits, photos, balls, shoes …). Almost 600 videos, most of them interactive. All this and more is on view at the new Athletic Club Museum, located in the mythical San Mamés stadium in Bilbao. A place where visitors can submerge themselves in the world of this centenary club.

The work, which cost Athletic Club around 3.6 million euros, breaks with the classic canons of football museums and their emphasis on display cases with cups and trophies and instead gives space to colour, music and, above all else, images.

More specifically, the museum has 13 interactive sections and 11 audiovisuals, over 590 videos (539 of them interactive) and an immersive videowall with 102 screens. Taken together, they create an exciting emotional journey through the history and spirit of Athletic Club.

Various different companies were involved in the design of the museum, including Espai Visual in the museological and museographic development, Virtualware and Mediapro Exhibitions in the production of audiovisual content, Charmex in the supply of projection solutions, and Erabi​ in the integration and maintenance of all the audiovisual equipment.

Asier Arrate, director of the museum, explained why they chose laser projection technology: “At first, we are thinking about using lamp-based projectors but then we discovered that laser solutions give you much better benefits in terms of less down-time and in less expensive running costs. In fact, Erabi prepared a simulation for us of when the projectors get to 1200 hours of use, which showed us that the laser light source would have saved us up to 15,000 euros in replacing lamps and other consumables.”

And as for the particular choice of the Christie Captiva model, Arrate pointed out that its ultra-short throw lens was decisive: “Thanks to it, the projector can be mounted at a very short distance from the screen or wall, either vertically or horizontally, which means that the public can view content without the appearance of bothersome shadows that interrupt the image. And on top of that they are extraordinarily quiet.”

Eneko Elorriaga, co-founder of Erabi, also sang the praises of the Christie Captiva: “The quality of the ultra-short throw lens is superb, especially for museum applications, because it gives you a much more dynamic experience and avoids those shadows that can be really annoying. Captiva is a projector that guarantees faithful colour reproduction and excellent brightness, and with the sterling reliability we have come to expect from Christie.”

“Another factor worth bearing in mind is that they can be controlled by platforms like AMX, Crestron and similar”, Elorriaga added. “At the same time, I would also underscore the fact that you can choose the colour of the chassis, in either black or white, which is a plus for museums and something not all brands give you. In addition, being able to use it in portrait mode affords greater wriggle room for creative applications”.

The Christie Captiva DHD410S projector offers 4100 lumens, 1920 x 1080 (16:9) resolution and 0.25:1 ultra-short throw lens. It operates at full performance for up to 20,000 hours without the need to replace lamps and it produces images from 80-100 diagonal inches. The highly reliable 1DLP engine allows the projector to be used in high usage applications, including 24/7, while ensuring continued performance.

Located in the lower basement of the stadium, the museum is divided into three distinct areas, differentiated by green, red and black colours. Visitors first come across a hall lined in metal where they can view an audiovisual explaining the time when the club was founded, showing us Bilbao at the end of the nineteenth century. Measuring 8 x 2 metres, the projection uses blending on the wall and floor to create an immersive environment. The screening uses six Christie Captiva projectors and three Christie DHD555-GS projectors (1DLP laser, 5000 lumens, 1920 x 1080 HD resolution).

Next we have the “Time Line”, a wide passageway –in fact, more of a metal cube– that revisits the history of the club from a chronological perspective over its 13 decades so far. For this purpose, 14 Christie Captiva projectors are used to create an animation of masked images of the different periods of the club in a circular projection measuring 2.2 metres high by 1.1 metres wide.

After the Time Line, we come across a restored wooden stand from the old grounds where you can sit and watch a highly emotional video overviewing the club’s 120 years of history; this 2 x 1.5 metre projection is screened on a high-contrast canvas tensed in a frame powered by a Christie Captiva.

Another Christie Captiva is used in the “Member’s Corridor” projecting the club’s logo onto a plaque with the names of all the members of the club over its history so far.

An adjacent room is set aside for temporary exhibitions. At the current moment it is being used for a one-off tribute to the legendary goalkeeper José Ángel Iribar which includes a spectacular interactive attraction in which visitors can try to score a virtual goal against Iribar with a real ball in a frame measuring 3.6 x 2 metres.

The attraction uses a Christie Captiva projector with the Captiva Touch option –which enables the user to interact with the content – and a tactile infrared frame developed by Virtualware and Erabi to make the projection more realistic. It is done on a wall with high-contrast paint to give the images greater brightness and contrast.

All the projectors in the museum are controlled by LAN and by AMX’s NetLinx Studio system which turns them on and runs them automatically. Eight advanced show control players are also used.

The truth is that the aesthetics of the museum are absolutely amazing, with plays of lights that make each room unique. The sound and visual effects do the rest to create an overall immersive atmosphere. “The museum is definitely worth visiting because of the colours, the memories and the audiovisual experience. No fan will want to miss it, and the quality of the videos and the images plays a hugely important role”, concluded Asier Arrate.

Athletic Club was founded in 1898 and, together with Real Madrid and Barcelona, it is the only other club that has never been relegated from Spain’s top division. Another of the club’s signature features is that all its players are native to the Basque Country or have trained in football there.