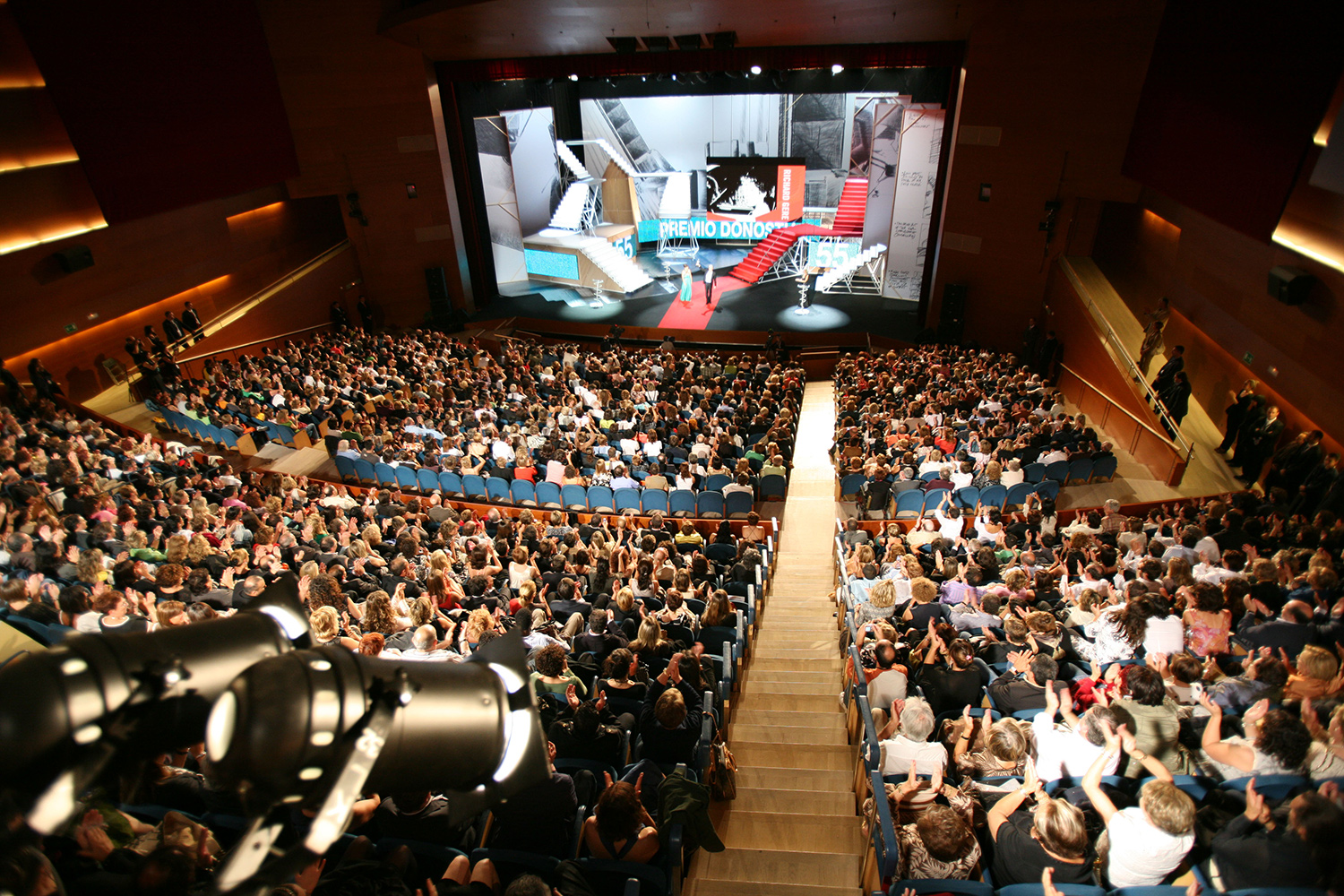 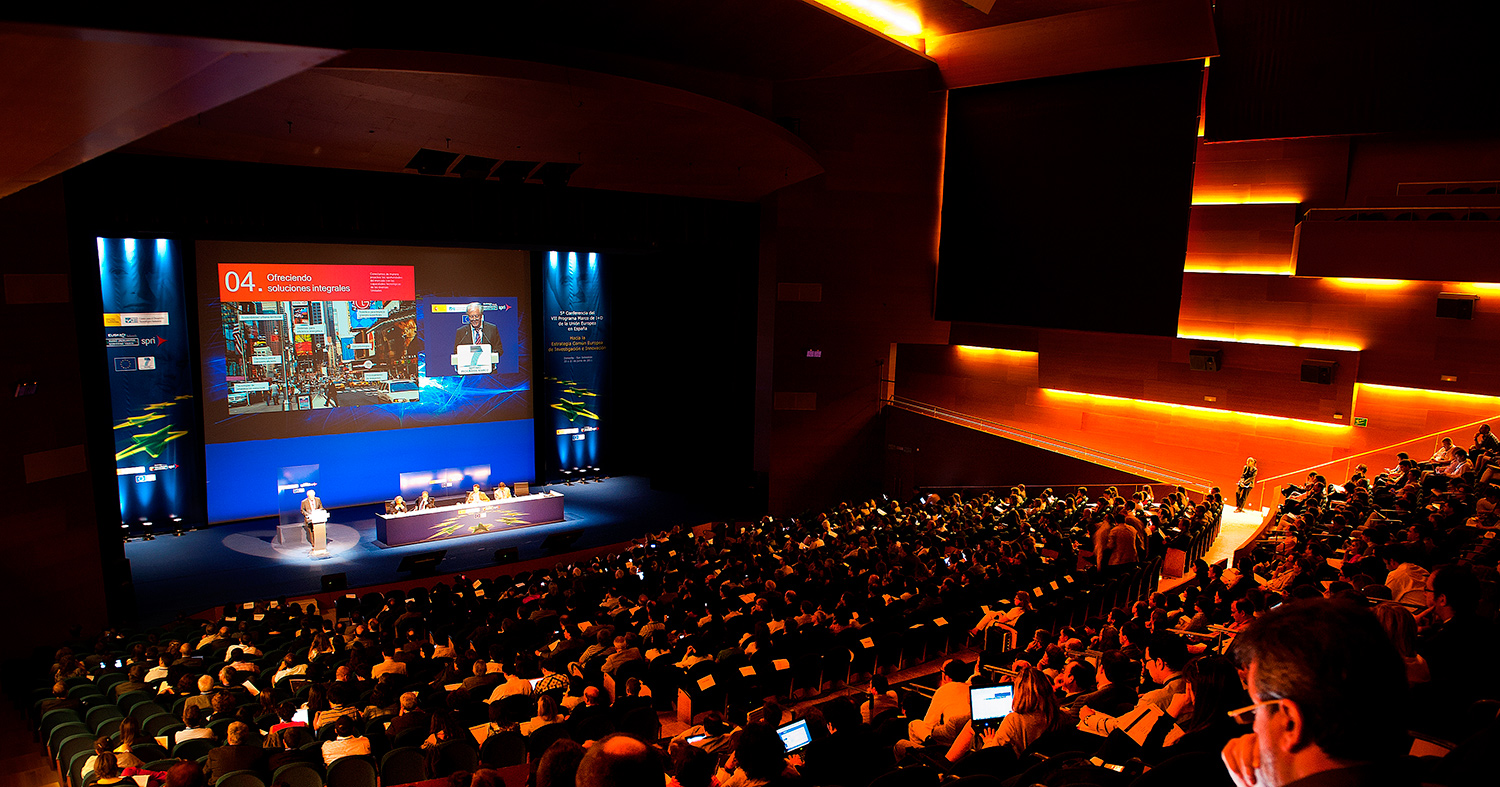 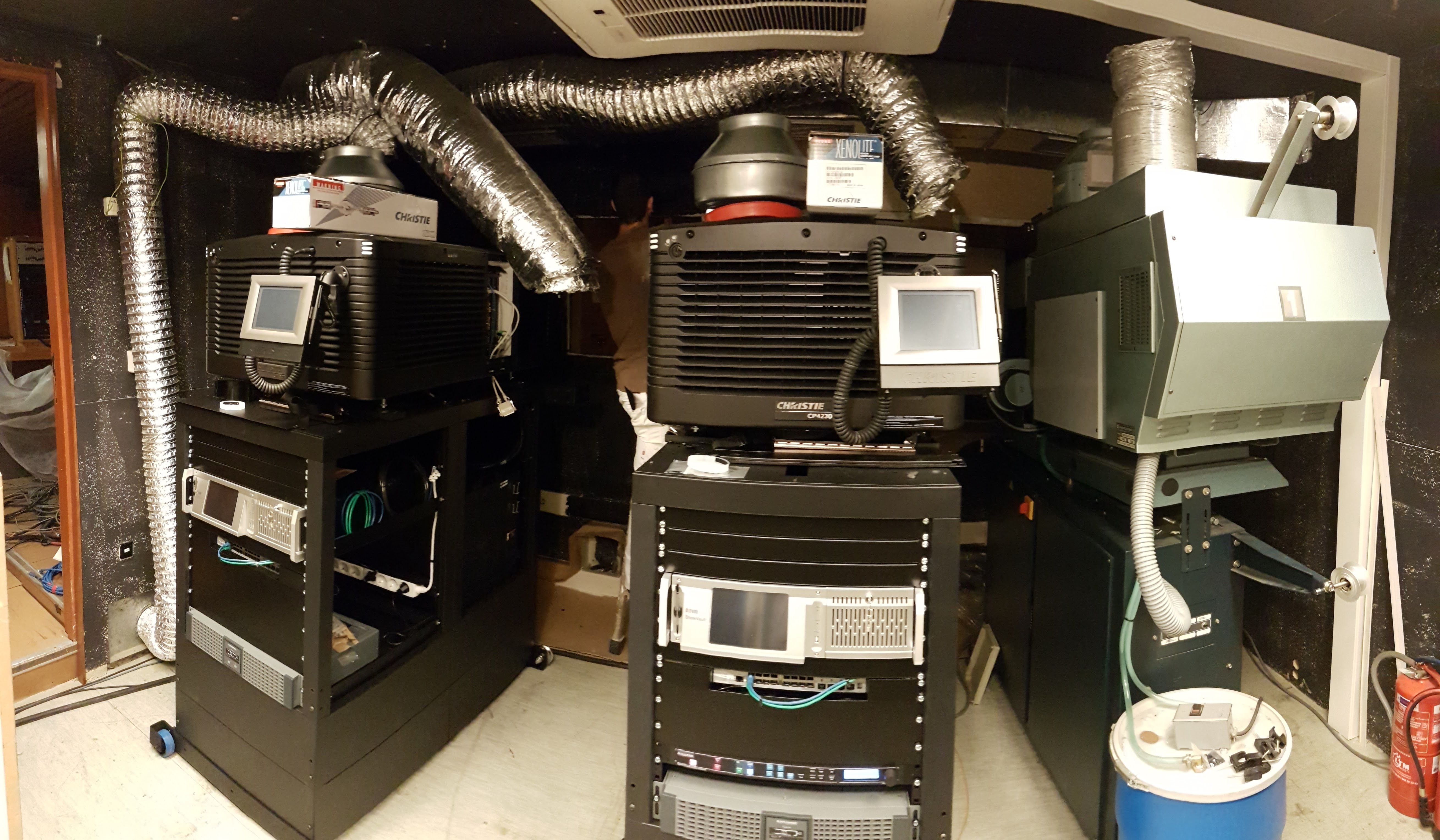 Eight years after the San Sebastian Film Festival went digital in 2009 thanks to Christie®, today the event is taking a new leap into the future with the conversion to 4K of its main theatre, the KursaalAuditorium. This Congress Hall in San Sebastian has acquired two Christie Sola​ria CP4230 projectors to meet the exacting standards of Spain's most prestigious film festival.

As Jordi Saperas, director of operations at Kelonik, the company who looked after the installation, said, "San Sebastian is an A-list festival with world premieres and it screens films by the world's best filmmakers. That means that the projection has to fulfil the requirements of the most demanding directors. And that is why it decided to incorporate 4K systems."

For the space of ten days every September, the Kursaal is transformed into the festival's main site, putting it under the spotlight of the international film industry. This is where the films in the festival's official section are screened and where the opening, closing and award ceremonies are held, which are all broadcast live by TVE, Spain's national broadcasting channel.

Iker Zunzarren, head of AV at Kursaal, explained that it needed to adapt the auditorium's projections to the demands of its clients: "As we were already using Christie equipment, it was our first option when it came to renewing our projectors. Of the various options open to us we went for the CP4230 model, largely because of the confidence we had in the brand and for the performance it offers."

Up until now the auditorium at Kursaal was equipped with a 35-millimetre projector and a Christie CP2000-SB 2K resolution projector. "Our screen measures almost 20 metres wide and we felt that 2K was no longer enough", said Iker Zunzarren. "Although most of the projections are actually in 2K, we believe that 4K will be more and more in demand over the next few years. In addition, with a screen of this size we needed to provide in excess of 30,000 lumens of light."

In this regard, the recently installed Christie CP4230 model offers 34,000 lumens and is able to show HFR content in 2D and 3D, complying with DCI standards. This projector comes with a 3DLP Cinema®chip by Texas Instruments and built-in Brilliant3D™ technology for high 3D performance without the need to re-size or rescale content. The projectors at Kursaal are also equipped with servers by the Doremi brand.

Why did the Kursaal feel the need to get its hands on two identical projectors for the same auditorium? "Due to the challenges of an A-list film festival like San Sebastian, it is crucial to rely on a backup to ensure that no projection would be cancelled due to some unforeseen technical hitch", claimed Jordi Saperas from Kelonik. Furthermore, as Zunzarren explained, "we can use the two projectors simultaneously for a 3D projection without losing any brightness."

The wonderful auditorium where the Christie projectors are installed seats 1806 spectators and is equipped with simultaneous translation systems, a CCTV system, fibre optic, a voice, data and video network, as well as exceptional acoustics and a stage designed for maximum functionality for operas, theatre and all kinds of shows, as well as congresses, conventions and meetings.

In this regard, besides being used as the main site for the San Sebastian Film Festival, throughout the year the auditorium at Kursaal hosts a variety of high-end events that also require the very best in audio-visuals. "We wanted to use the equipment for all the projections we have here at Kursaal, whether they be films, events, congresses, and so on", argued Iker Zunzarren.

To this end, the Kursaal has a set of lens for different sizes of screens and a Calibre HQView630 scaler-switcher that handles all kinds of signals and re-scales them to 4K. "This system provides us with the flexibility to accommodate various formats and sources of projection", Zunzarren added. "Besides, the projectors are connected to all sorts of computer and mobile unit signals. We have also equipped the projection cabin with matrixes and 4K convertors so that we are prepared for all possible needs without having to compromise on quality."

The end result is that the Kursaal is more than happy with the new projectors: "We are delighted with the change and our clients have also noted the improvement", claimed Zunzarren. "It was really important for us to ensure the quality of the image. And the robustness of the projectors was another deciding factor. Nobody can equal the level of contrast of these projectors, and we were already convinced of the superior colour reproduction thanks to the Christie projectors we had before. The San Sebastian Film Festival is a highly demanding client and there is no way that we can let them down."

In fact, the equipment was debuted at last year's festival. "The excellent performance was all we could have asked for. Apart from the overall quality of the image, we were able to see a 4K film for the first time, more specifically Oliver Stone's Snowden. For us Christie is a guarantee of quality both in big and small equipment", said Zunzarren.

The head of AV at Kursaal also wished to underscore the fantastic work carried out by Kelonik, which has been providing technical support to the San Sebastian Film Festival for over 35 years: "We have always relied on the services of Kelonik as our technology partner, from back when we were using analogue projectors and continuing right up until today. They have always helped us out in implementing updates and improvements and in the design of the cabins for the new equipment. For instance, they came up with an ingenious rail system to move the backup projector into place quickly and have it running within a matter of minutes."

This is not the only relationship between Christie and the San Sebastian Film Festival. In fact, five years ago, SADE, the local chain of cinema theatres where the rest of the festival's films are screened, digitalised its 20 screens in San Sebastian with projectors from the Christie Solaria™ Series.

Likewise, many other major film festivals around the world, like Cannes, Toronto, Shanghai, London and Malaga, place their trust in Christie to light their screens, confirming the company's high reputation in the film industry and vouchsafing for the performance and reliability of its digital projectors.