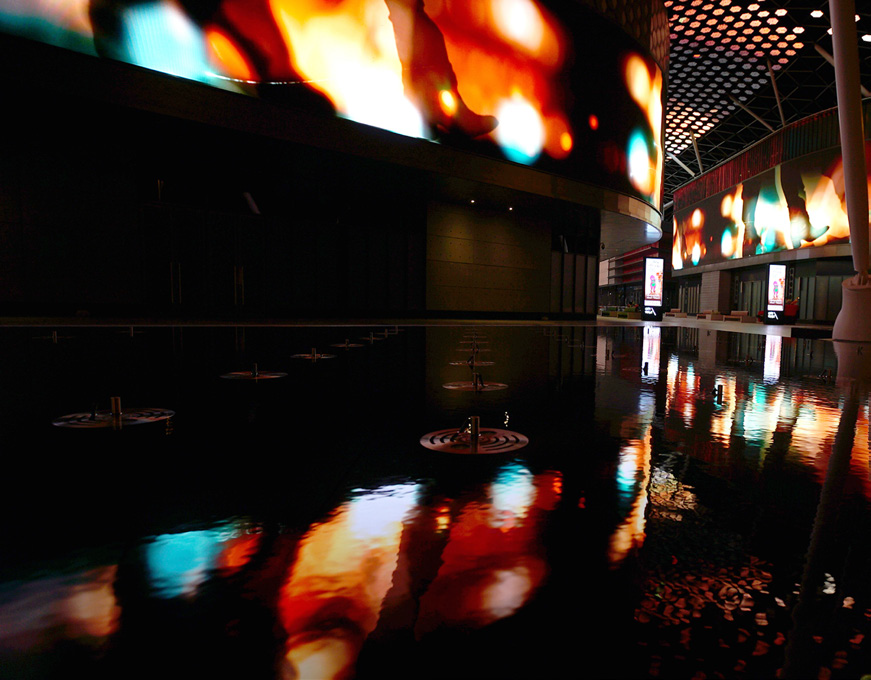 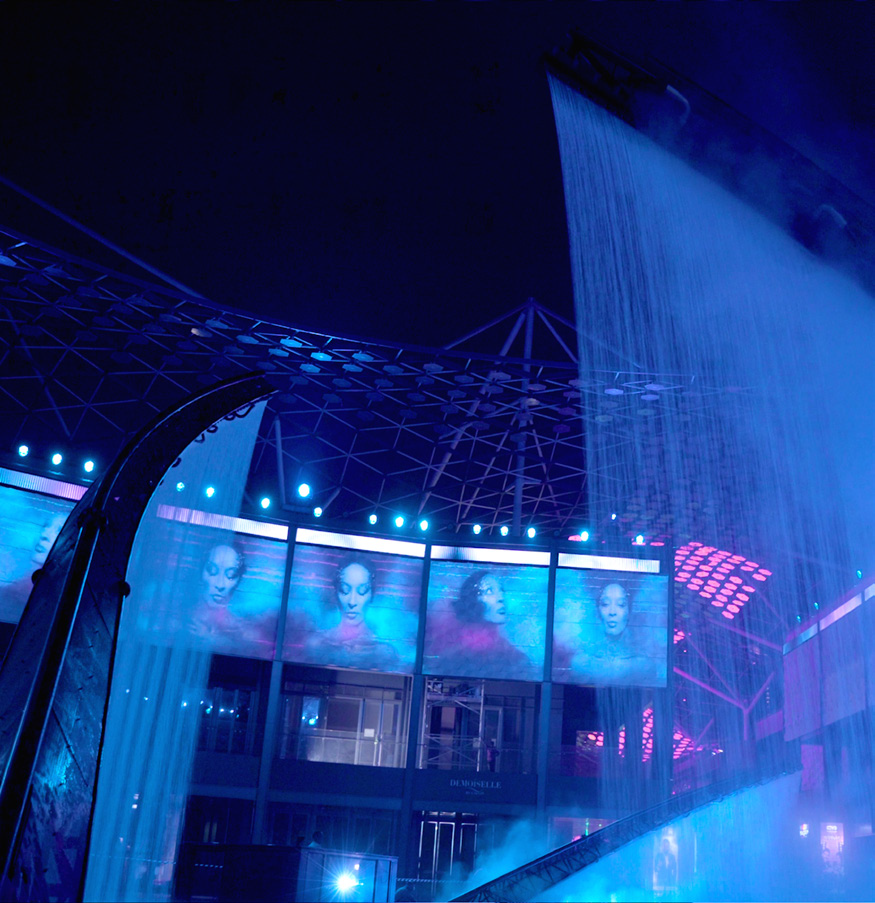 This is the story of how, overnight, a little village with just 700 inhabitants in the townland of Plana de Urgel (Lérida) became home to a pioneering audiovisual immersion center; and how the combination of Christie projection technology and the magic of Christie Pandoras Box created a fascinating mesmerizing experience for visitors.

The village in question is called Vilasana and is known for its proximity to Estany d'Ivars i Vila-sana, Catalonia's largest freshwater lake with incredible biodiversity. And now it is home to the recently opened CIM (Centre d’Immersió de Vila-sana) audiovisual immersion center.

The center is a key element in a larger project called Viure al poble whose mandate is to strengthen the area's tourist and cultural potential, and which also includes an information point and a tourist route. With a total investment of 200,000 euros, the project is jointly funded by the Vilasana town council and the European Regional Development Fund (ERDF).

The Barcelona-based corporate communication, branding and architecture agency Inside Consultores was commissioned to design the tourist route and the CIM. And for the immersion center it brought on board Creative Rent, specialists in audiovisual installations from Tarragona, who were entrusted with all aspects pertaining to the installation and implementation of the audiovisual equipment, as well as training the personnel who would be in charge of operating it on a day-to-day basis. The audiovisual equipment was sourced through Charmex, a Christie partner in Spain.

For the CIM, Inside Consultores designed a superb hall equipped with a screen measuring 10 meters wide by 2 meters high with a radius curvature of 90 degrees. The screen is anthropometric, which basically means that its ratio to the size of a person produces an effect of spatial identification. Just in front of the screen there is a small round dais and then the terraced seating with a radius of curvature inverse to the screen. What Inside Consultores were after with this layout is, from an aerial perspective, to simulate the ripples created by a drop falling on the water (the dais being the drop, and the screen and the seating the ripples).

The hall will be used to screen La pel.licula de l'Estany, a 14-minute documentary made specifically for the center, showing the lake from different viewpoints. The film was shot in 4K in the hall's super-panoramic format. And it was filmed at night, during the day, at dawn and at dusk, with varying climatic conditions, and using techniques like time-lapse and aerial filming by drones. The goal of the film is to offer spectators an immersive audiovisual sensation of Estany d'Ivars i Vila-sana.

Three Christie DHD600-G projectors with 1DLP technology, 6200 lumens center and 1920 x 1080 HD resolution are used for screening the documentary. These projectors from the Christie G Series feature a single mercury lamp and deliver excellent price/performance value, high brightness and increased flexibility and reliability for both fixed and rental staging applications.

Javier Granero, director of Creative Rent, explained that when it came to designing the hall, they knew they needed projectors that would give them high performance and high brightness but at the same time with a discreet size given that they would be in a visible area: "The G Series is ideal both for brightness and also native resolution, size and above all else the low noise level of the cooling system. These projectors are really versatile and bright, with lots of interesting features like multiple connections, interchangeable lens, horizontal and vertical motorized lens shift, and the optional modules for blending and warping."

Meanwhile, Xavier Romeu, director of Inside Consultores, said that "the quality the projectors deliver is fantastic and the image is really clear. We needed projectors that would be up to the challenge of a 4K projection, and that is what we got. There is no other center in Catalonia with this level of equipment."

The projectors are suspended from the ceiling side by side, using blending and warping to adapt to the curved screen. But the system is also prepared to screen other types of standard format projections (4/3, 16/9). After all, the hall is also conceived to be rented out for corporate events.

Javier Granero is delighted with this family of products: "The Pandoras Box software together with Widget Designer was the perfect solution because we had to design the installation so that it could be operated easily by personnel without any prior technical background. We were able to use Widget Designer to create a graphic panel based on highly intuitive virtual buttons with which a user without any technical experience can operate the center."

And he went on to add that "I believe that the Pandoras Box solution is ideal both for fixed installations as well as for rental. Its powerful software has loads of different applications, and in this specific installation it is the ideal solution to manage all the audiovisual content, as well as the control and functioning of the hall, thanks to the graphic interface using Widget Designer."

In addition, the CIM's Pandoras Box server has a Dual DVI input card that enables any computer connected with HDMI to project on the screen. At the same time, the hall is equipped with two connections, one in the control cabin and the other in the dais in front of the screen. The design allows for projections on the left, center, right or dual left and right projection, both from the connection in the control cabin and in the floor. The hall is also equipped for dual projections from two different sources, for instance one from the cabin and the other from the floor.

The CIM is equipped with 7.1 surround sound, which adds greater realism to the projection, and with a DAS Action audio system with self-powered speakers so that the hall can use either 7.1 or multichannel for conferences. The hall has a capacity for 90 people who are seated in the curved benches in the amphitheater designed by Inside Consultores, which also has a sophisticated regulatable LED lighting system under the seats and the dais.

Jorge Vilaplana, head of Pro AV Product at Charmex, concluded: "the truth is that the curved screen and the quality and resolution of the projection, coupled with the use of Pandoras Box to run the hall, have produced a spectacular result that really impresses the audience. It has unquestionably set a new benchmark for audiovisual installations in Catalonia."​