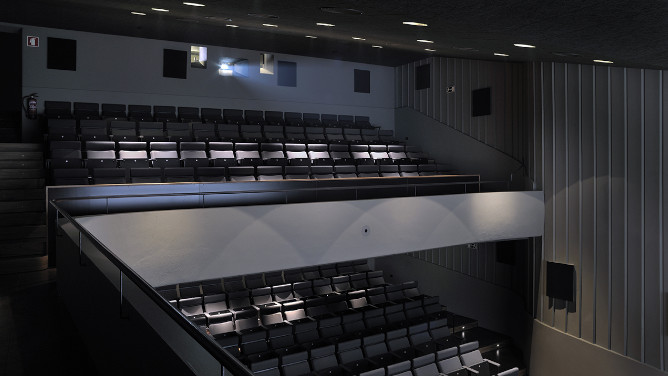 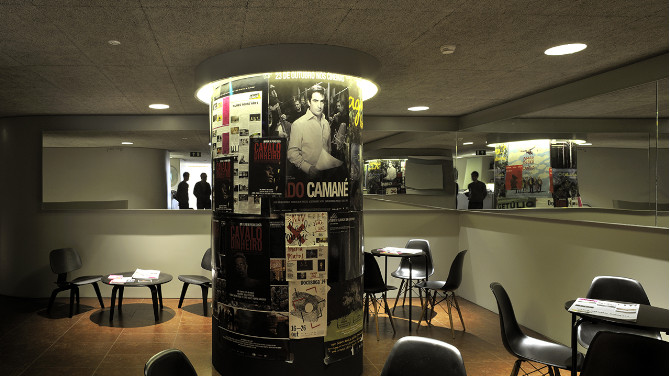 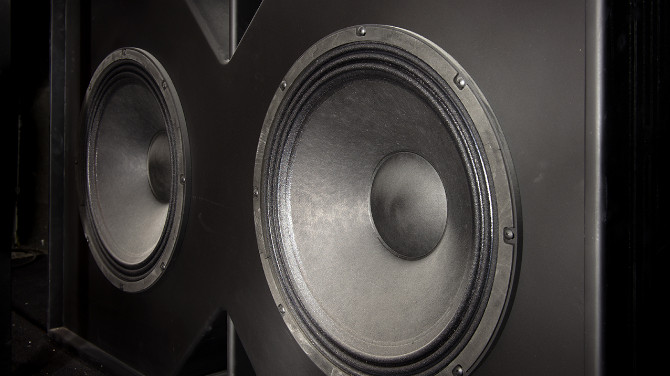 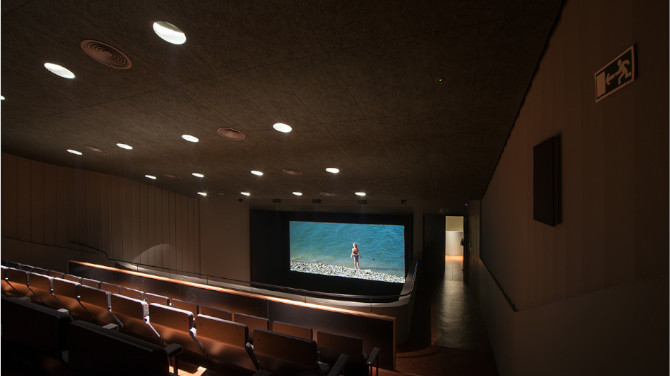 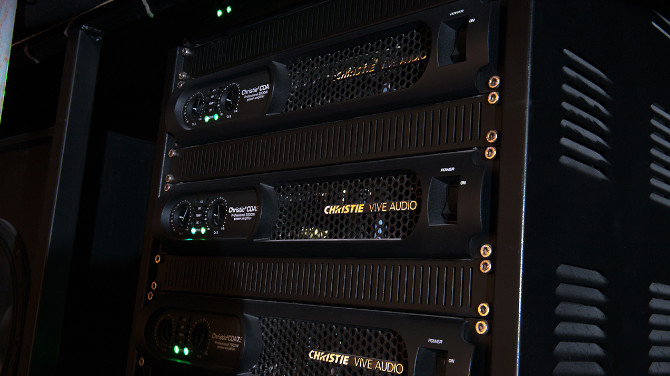 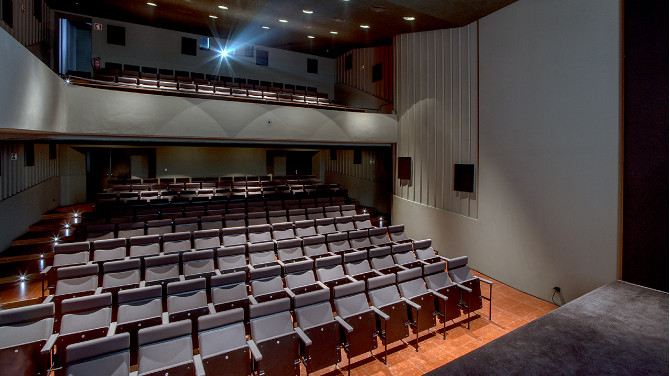 Cinema Ideal in Lisbon, Portugal’s oldest cinema and one of the world’s longest running film theatres, adds a new feather to its cap with the first Portugese installation ever commercial installation of Christie Vive Audio in Europe. Founded in 1904, it is a small neighbourhood cinema seating 185 spectators with a programme of mainly independent films. As well as speakers, amps, subwoofers and processors from the Vive Audio range, Cinema Ideal has also been kitted out with a Christie CP2215 projector, all supplied by Edecine.

The cinema has just reopened after undergoing a complete refurbishment that included remodelling the theatre, the lobby, the stalls and the balcony. As part of the new design, there is also a small bookstore dedicated to film, as well as a café, a DVD library and an area for cultural events.

The refurbishment, designed by the architect José Neves (winner of the Secil Architecture Award in 2012), cost around half a million euros and was promoted by the Midas Filmes production company, with the support of Casa de la Prensa, the owners of the building, and the Chamber of Commerce of Lisbon.

Opened in a nineteenth-century building and with 110 years already to its credit, the cinema has had several lives throughout its history so far: it has gone through name changes from Salão Ideal, Piolho do Loreto, Cinema Ideal, Cine Camões and Cine Paraíso. It was initially a popular local film theatre frequented by sailors, newspaper vendors, factory workers … and its previous major refurbishment dates back to the 1950s.

Today, its owners want it to keep it running as a neighbourhood cinema, maintaining a strong focus on Portuguese and European films, and open to all independent distributors, film festivals and cultural associations.

When the promoters decided to reopen the theatre in 2014, they agreed to bring on board the best latest sound and image equipment available in the market. “We listened to many opinions from colleagues in other countries, and the feedback was pretty unanimous that Christie was the best brand for digital film systems,” admitted Pedro Borges, manager of the theatre. “And when we compared it with other brands and consulted with various cinema experts, our opinion that Christie was the best option was only confirmed”, he added.

Cinema Ideal then got in touch with Edecine, a Christie partner in Portugal with over 30 years’ experience as a film theatre integrator. “At the time, Christie Vive Audio had just come onto the market, but it had already proven itself as a fantastic and innovative premium sound system, so we did not hesitate to go for it”, recalled José M. Charneca, director of Edecine.

Christie Vive Audio is a complete cinema audio solution capable of bringing immersive cinema sound to any auditorium. It combines the superior sound qualities of ribbon driver technology with the proven high-quality performance of a line array speaker design and matched with powerful Class D amplification. Christie Vive Audio is a solution for auditoriums of any size and is designed to support any of the leading cinema audio formats including: Dolby Atmos, 7.1 and 5.1 surround sound and Auro 11.1.

Edecine equipped Cinema Ideal with LA1 screen channel speakers, LS3S Surround speakers, S115 subwoofers and CDA3 and CDA7.5 amplifiers, as well as a Christie SKA-3D audio/video processor, for a 5.1 sound configuration. “After a few months using it we can safely say that it is state-of-the-art technology that affords us impeccable sound and is completely adaptable to the type of films we screen,” said Pedro Borges.

He went on to add: “More specifically, with regards the line array screen channel speakers, they are incredibly clear with extremely low distortion, and the coverage is really uniform. The subwoofers give a powerful and deep bass sound with minimum distortion and power compression at very high output levels and an extended response in low frequencies. On the other hand, the amplifiers ensure high power output, maximum efficiency and stable functioning.”

According to José Charneca, from Edecine, “Overall, the sound system sounds fantastic, and the response capacity of the high frequencies is superb. The only drawback we had was integrating the Surround speakers because the architects wanted them recessed into the wall, but thanks to their lightness and adaptability we were able to install them perfectly.”

Richard Nye, Christie Cinema Sales Director for EMEA, is proud that the revolutionary Vive Audio system has found a place in such an emblematic theatre in Lisbon: “Cinema Ideal occupies a very special place in the history of cinema in Portugal, and together with our partner Edecine we are delighted to see that such advanced audio technology has been integrated so well into it.”

The newly revamped Cinema Ideal is also equipped with a Christie SKA-3D that guarantees powerful A/V processing and enables a seamless switchover between multiple A/V inputs and a large number of alternative 2D/3D content sources. In fact, Cinema Ideal has plans to screen alternative content including live sports events and concerts in the near future.

Taking a look at the projection system, Edecine equipped the cinema with a Christie CP2215 (DMD 3DLP Cinema® technology, 15,000 lumens, 2K resolution), considering it to be the projector best suited for the screen size (7 x 3.8 metres). “It’s a highly compact projector with built-in IMB, making it perfect for smaller screens and with fantastic brightness”, said Charneca.

Pedro Borges concluded: “So far, the performance and the brightness of the projector have been exceptional. And that goes for DCP archives as well as other kinds of files. The quality of the projection has been praised highly by Portuguese film directors and photography directors who have been to our theatre. In addition, our operators are delighted because it is so easy to handle and operate.”

With one box, you can reduce costs, streamline signal flow and eliminate equipment rack clutter.