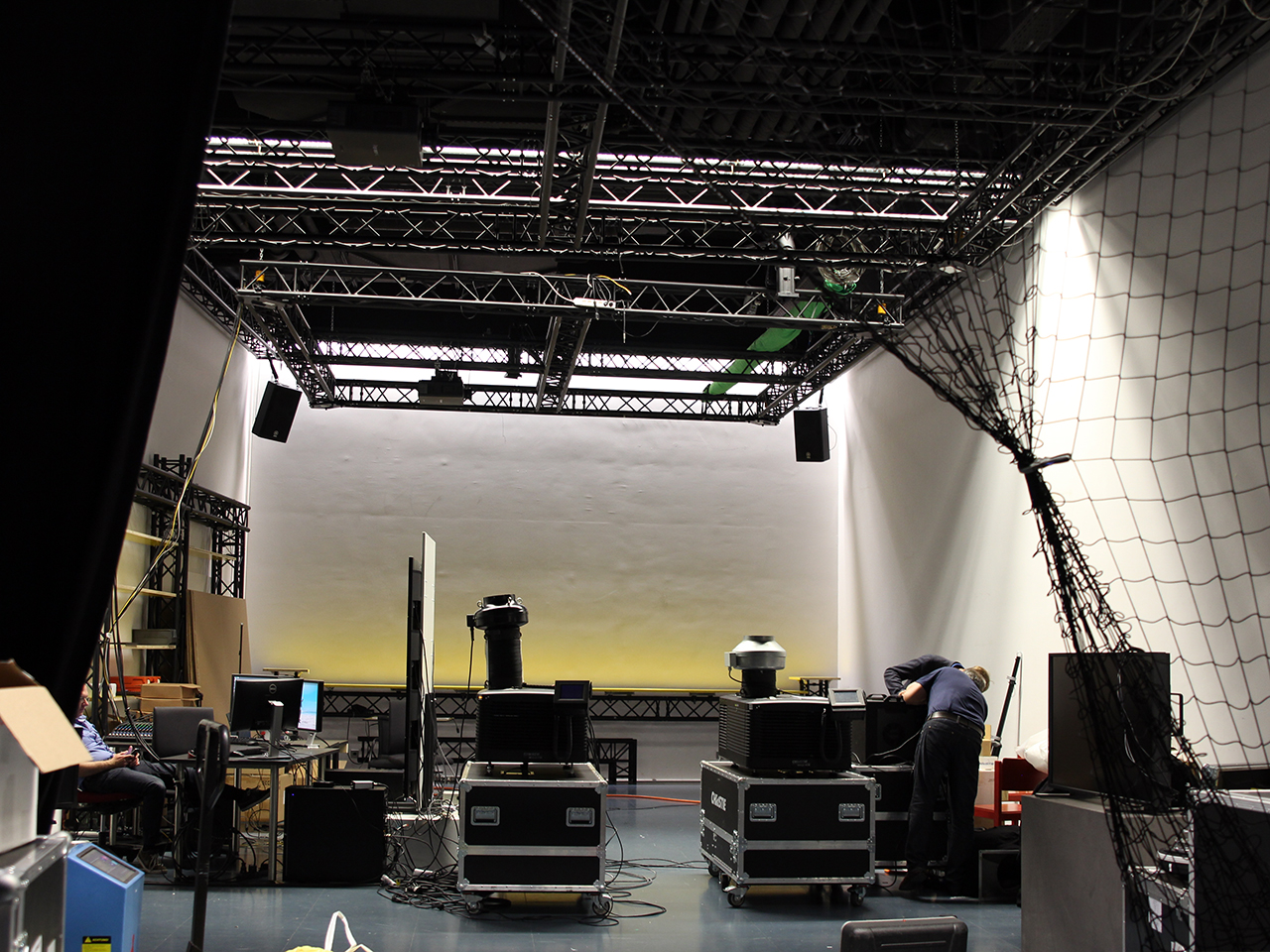 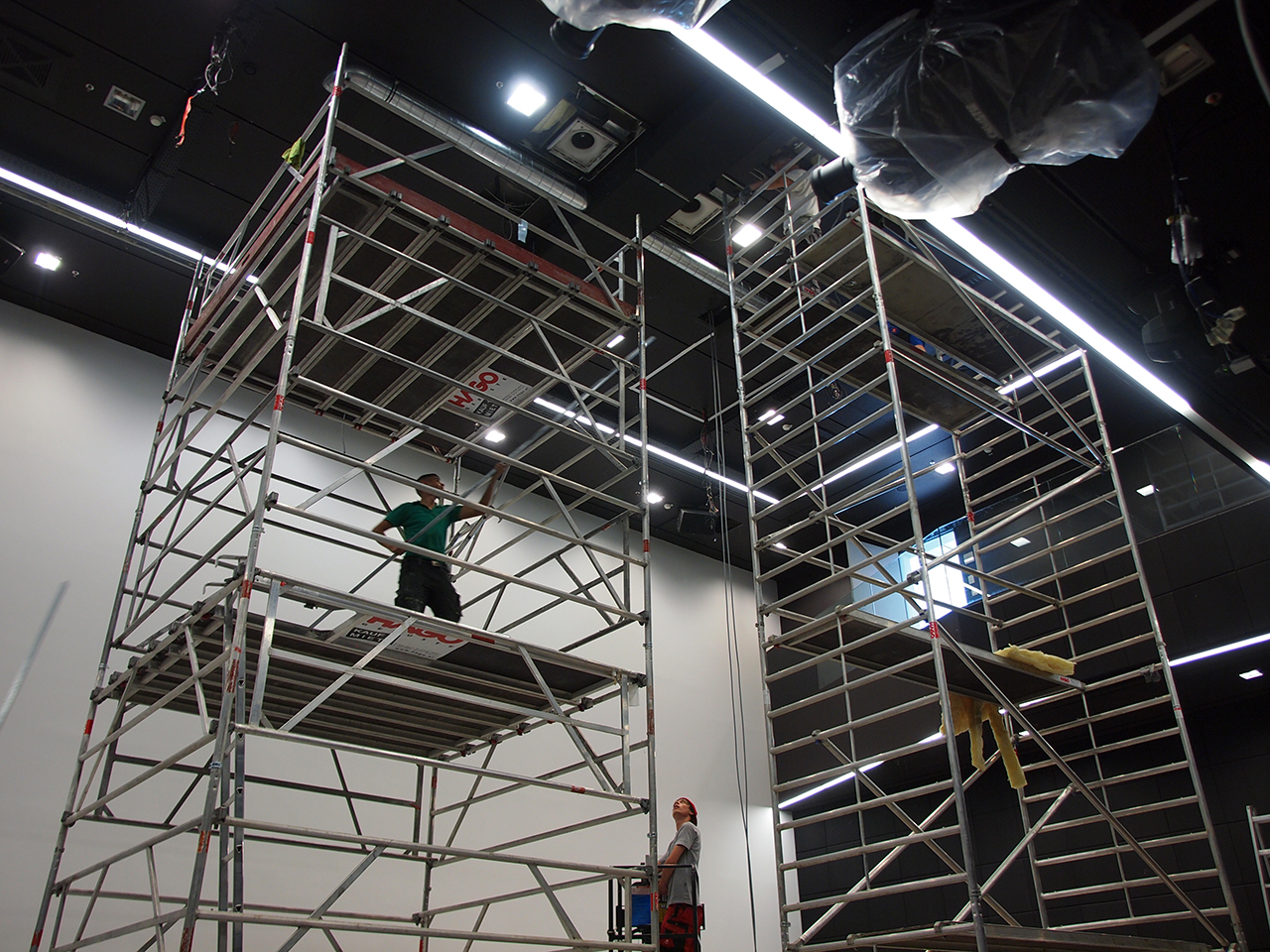 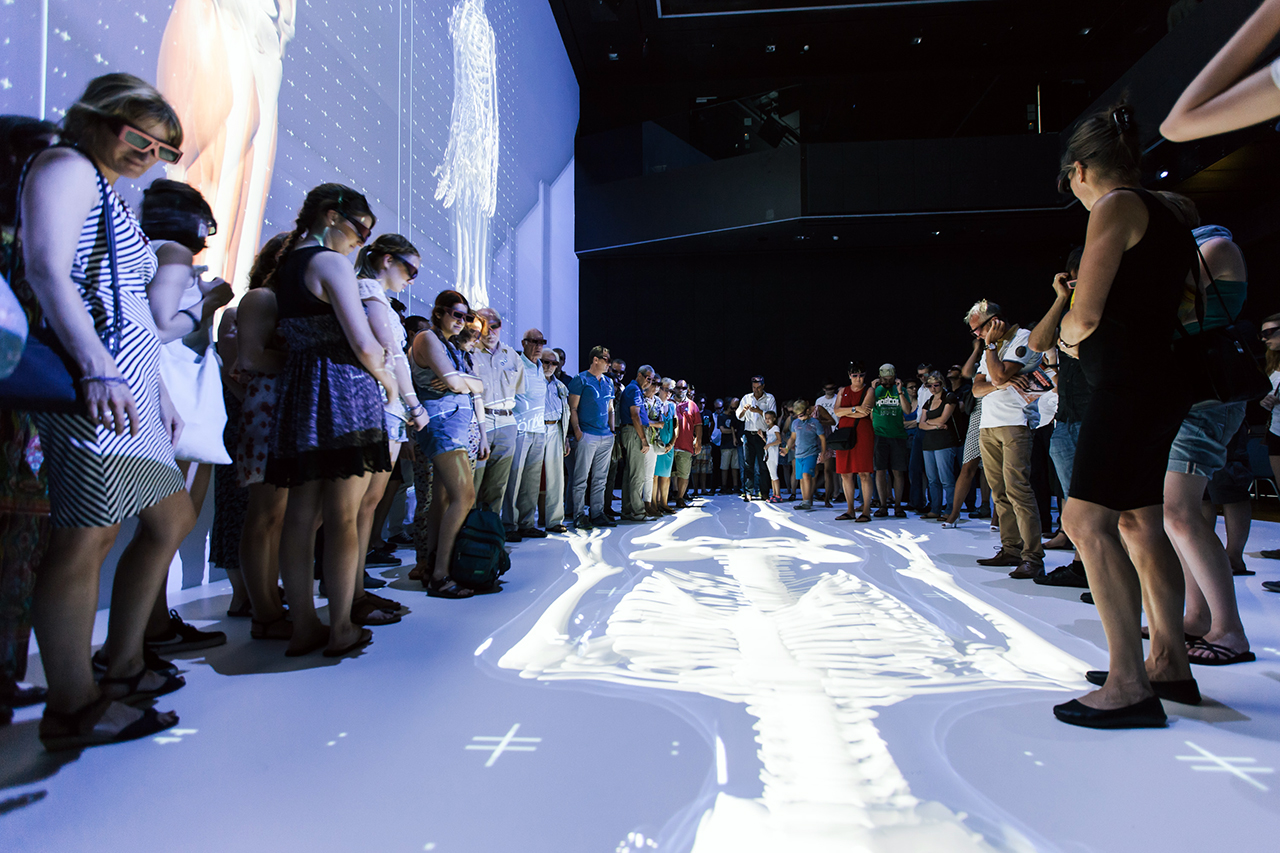 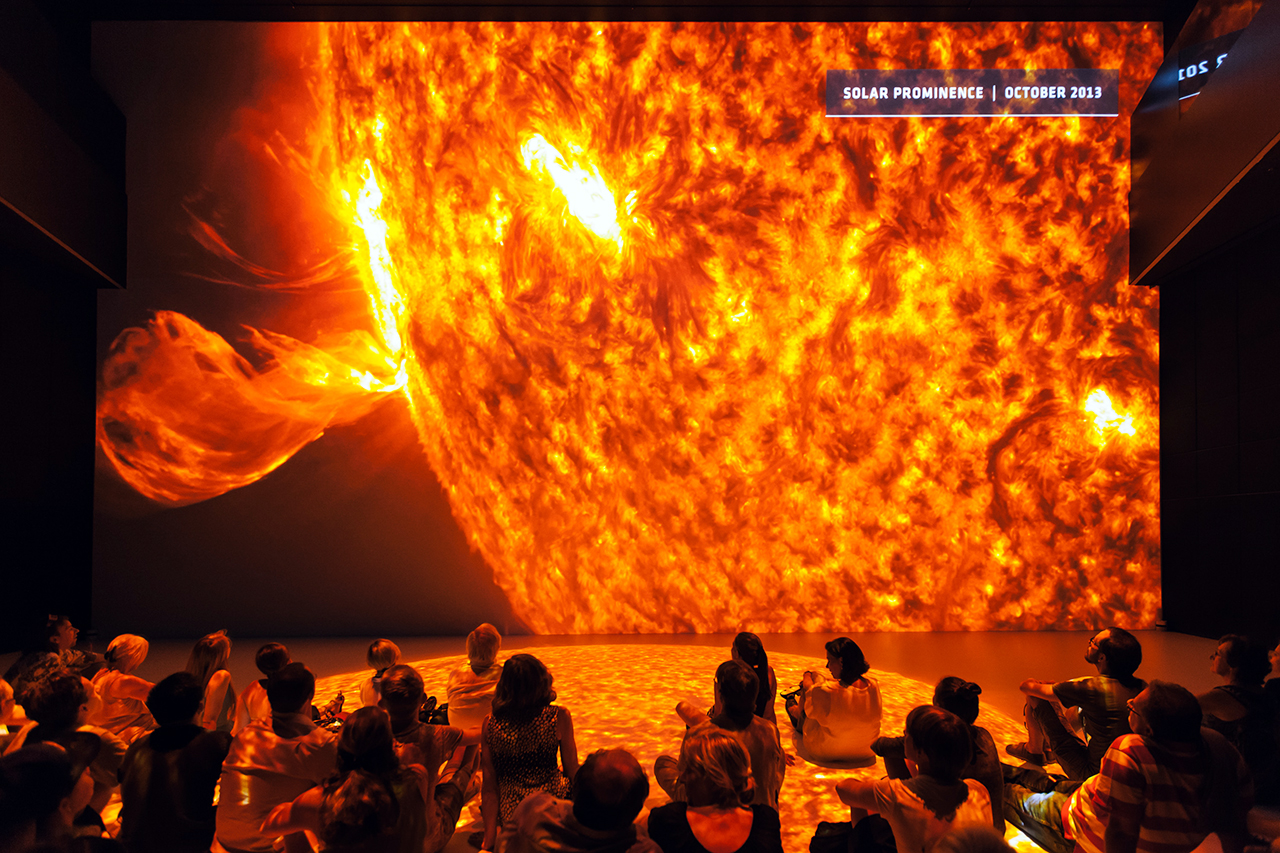 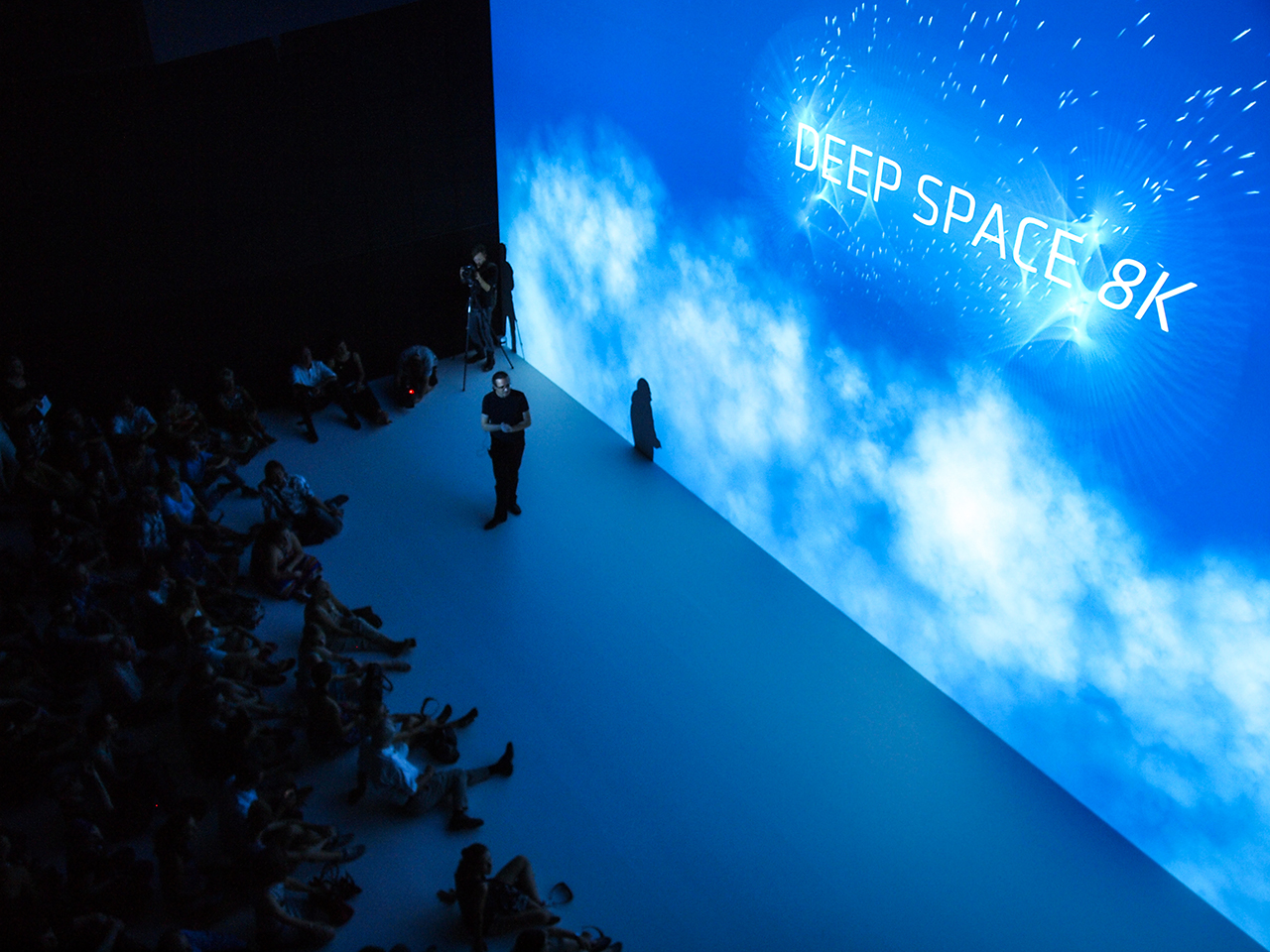 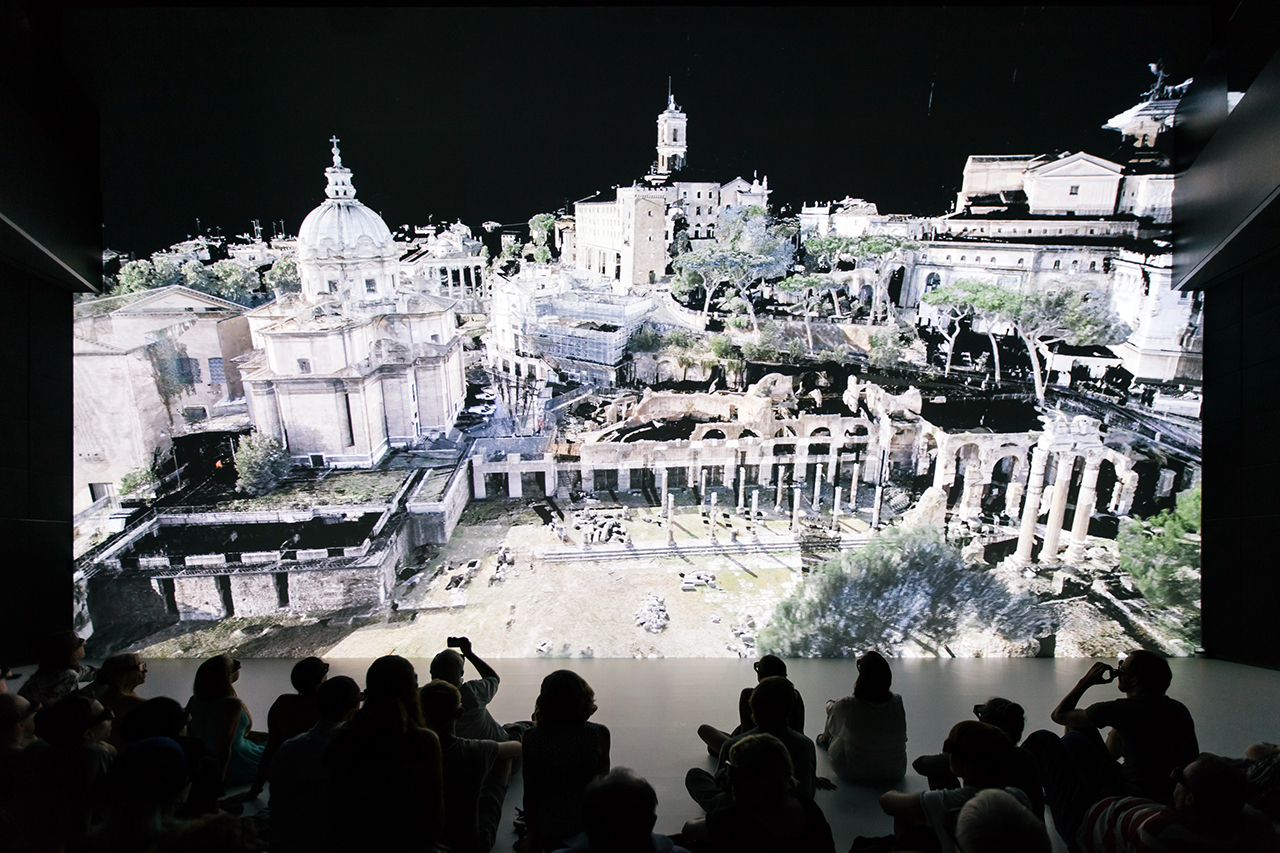 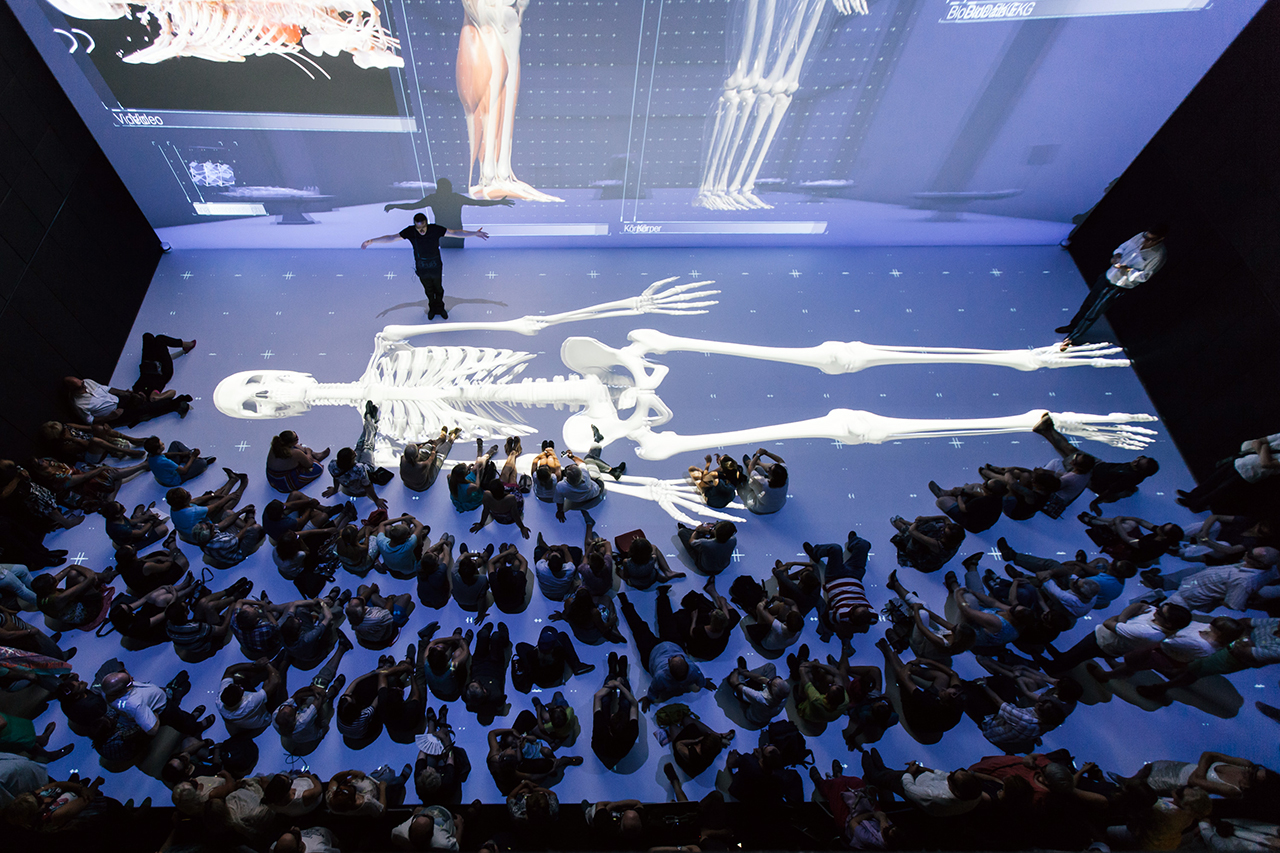 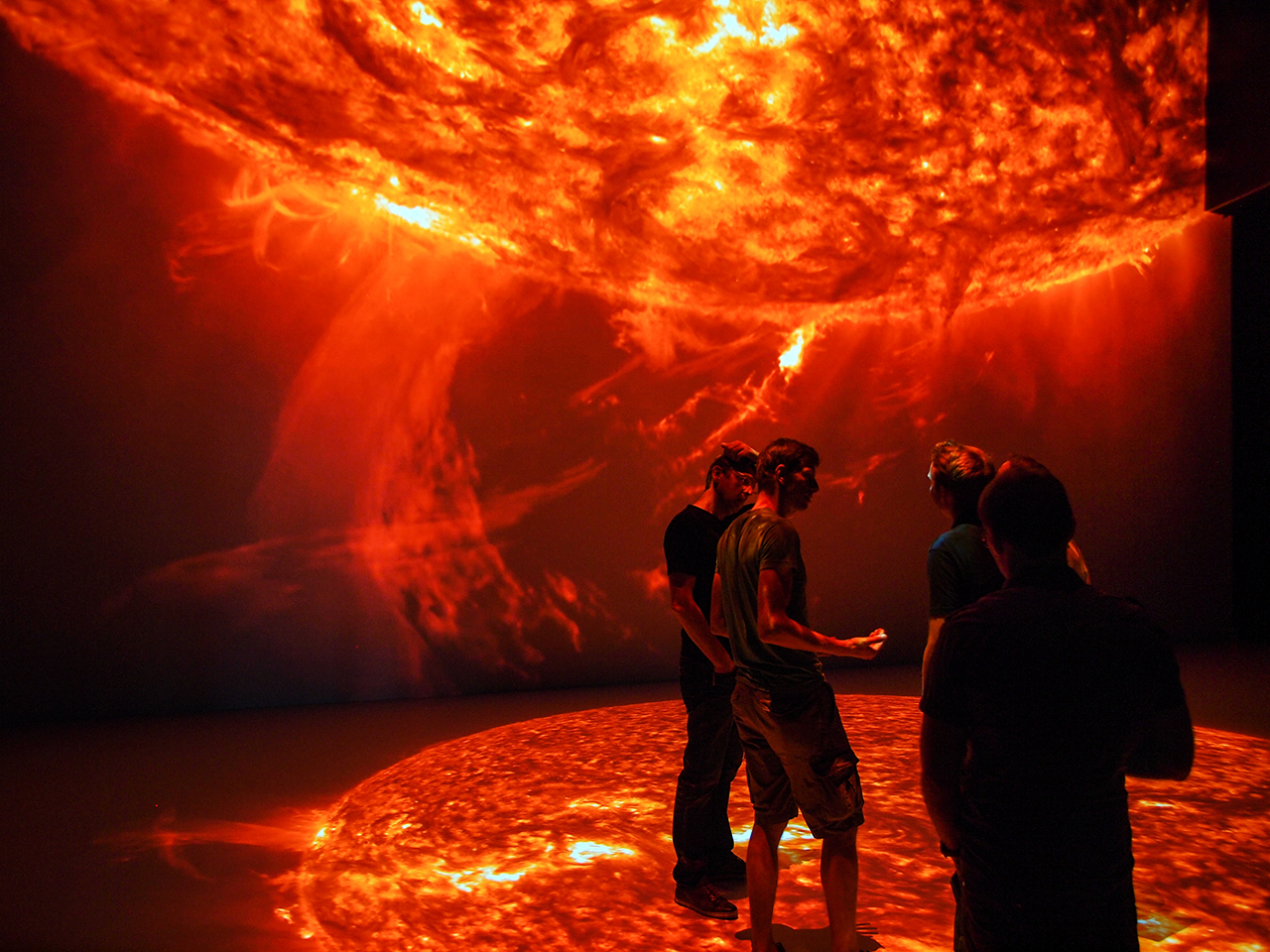 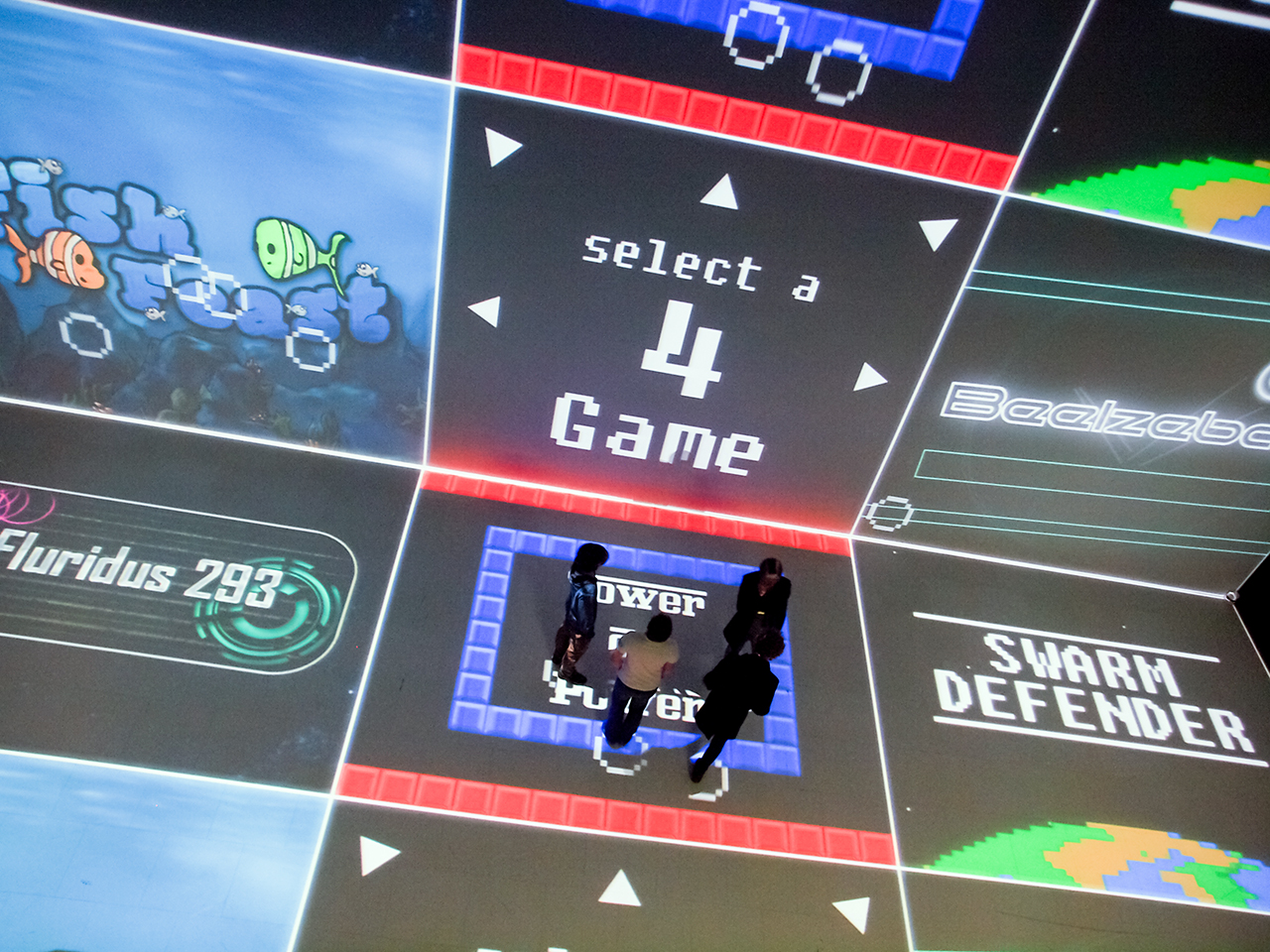 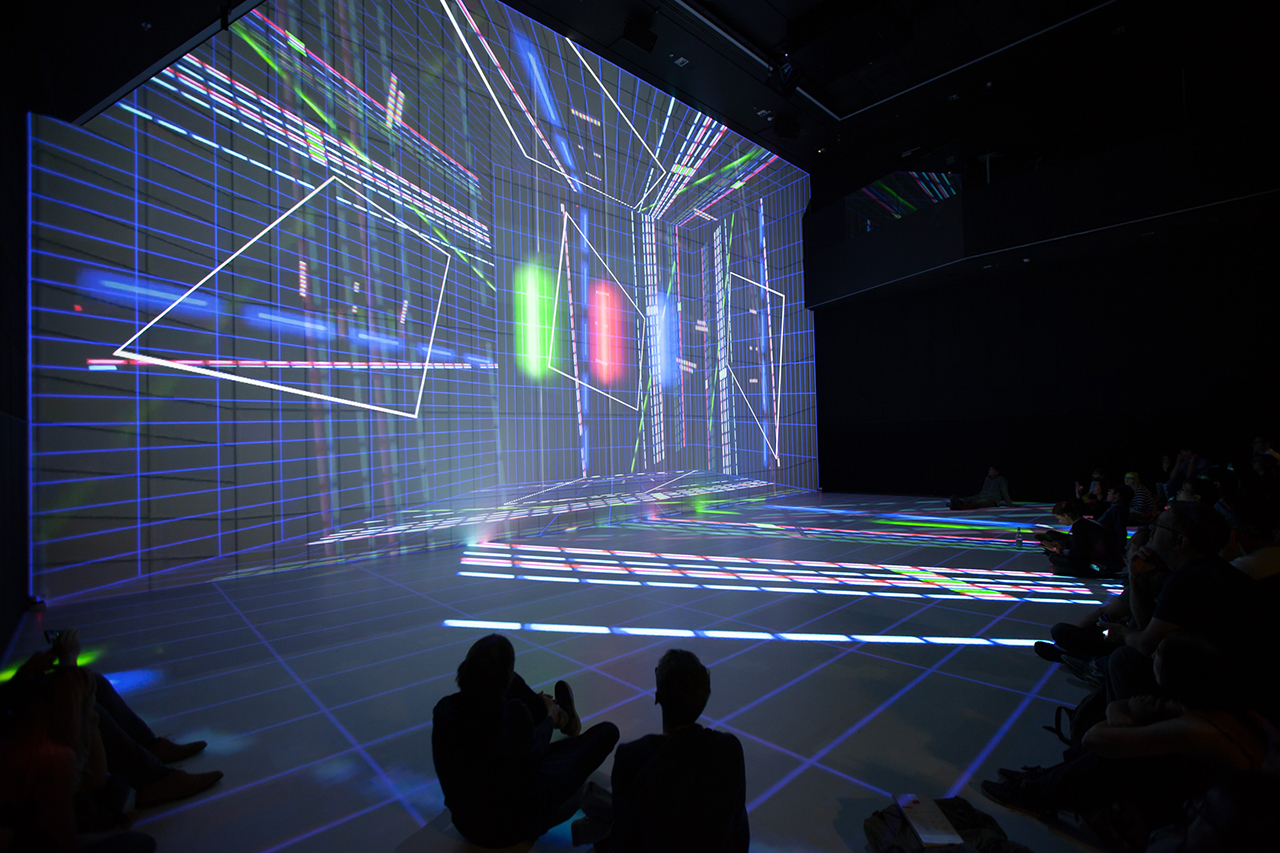 When the Ars Electronica Center (AEC) first opened its doors in 1996, its agenda was set. The 'Museum of the Future' wanted to bring visitor interaction and participation to the fore, to bridge the gap between art and science by becoming an atelier and experimental laboratory in one. Following a first modernisation and expansion in preparation for Linz being a European Capital of Culture 2009, the museum's central exhibit – Deep Space – was recently completely refurbished.

The aim of the renovation was to take the existing 16 x 9 m wall and floor projections to the next level – by transforming the exhibit's 3D visualisations with an 8K resolution (8,192 x 4,320 pixels), a 120 Hz frame rate and stereo 3D technology – a world first that would be sure to enthral visitors.

Visitors are immersed in spectacular 3D simulations transporting them to, among other things, the ancient Mayan city of Tikal in Guatemala and Rome's Invisible City. To achieve this, Ars Electronica works with various organisations, including the BBC and CyArk, a company that documents cultural sites using modern 3D laser scanning technology. With the upgrade to 8K resolution, 3D images can now be presented more accurately and in more detail. In addition, three scans of the Scottish government-funded project Scottish Ten are being screened in Linz – a world premiere. The aim of the project is to scan and document UNESCO World Heritage Sites.

Andreas Bauer, the Head of Ars Electronica Center, explains: "At the centre, visitors move right through the exhibits themselves. The viewing distance is very small – not at all like that of normal cinema projections. This makes larger spaces between pixels much more noticeable." It therefore made sense to not only replace the projectors, but to also upgrade the current technology with a state-of-the-art 8K resolution.

Media planning, supply and installation was provided by Christie's long-time partner Ton+Bild Medientechnik GmbH from Traunkirchen, Austria. "We already knew the Ars Electronica Center well thanks to our previous collaboration on temporary installations, so we were familiar with the architectural constraints and unique nature of the Deep Space experience. As a result, we could make a move on the project with a relatively short lead time for project planning and product decisions," says Robert Cicek, Managing Director of Ton+Bild.

The company opted to install eight Christie Mirage 304K 3DLP projectors. "For this special installation, the projectors needed to be 3D-capable, with high-performance lighting and a 4K resolution. In addition, the installation needed to meet a certain level of operation safety, because the room will receive a continuous stream of visitors and host presentations. At the moment, these are the only projectors that can deliver all of this." It was especially important for the 3D stereo projection that the projectors be able to play 120 Hz frequencies using the Christie TruLife® Electronics platform: "Where 3D stereo projectors are concerned, images have to be played for each eye at high speed in order to guarantee a homogeneous picture quality with rich colours and extraordinary clarity. This was all the more important due to the narrow distance between the viewers and the projection surfaces," explains Robert Cicek. The projectors were equipped with short-throw objectives (0.9:1) with a fixed focal length.

Besides the aforementioned technical considerations, the Christie Mirage 304K's reliability made it the projector of choice. The Mirage 304K six-lamp system guarantees the reliability needed, as projections can still be played in the event that a lamp fails. "In a normal day, our projectors are used for hours at a time, so we needed devices that are designed for continuous operation, offer high energy efficiency and require relatively little maintenance. We also liked that the projectors were relatively compact and quiet, as we didn't want our projected content to be upstaged by technical equipment, which should work very much in the background," says Andreas Bauer.

For the new Deep Space 8K exhibition, the company didn't just upgrade its hardware. It also completely reimagined its content and underlying software ahead of the re-opening. "As there were only very few applications and videos designed for an 8K resolution, we created our own, tailored content in our Future Lab that could be adapted to high-resolution video," explains Horst Hörtner, Senior Director of the Ars Electronica Future Lab.

To visualise the new point clouds for 8K, the Future Lab developed an enhanced point cloud renderer that would make the content appear even more realistic to visitors. "In combination with high-performance hardware and our newly developed software, we were able to achieve a never-before-seen point density, meaning visitors will no longer be able to discern individual points." By implementing different algorithms and technologies, it was also possible for the company to present content in real time with 120 Hz and in higher resolutions. It also used the new technology to greatly simplify additional features like virtual camera tours and navigation within visualised objects.

"We are delighted to have worked on such a special project for what is Austria's first installation of the Christie Mirage 304K", says Robert Cicek. Andreas Bauer and the Ars Electronica team are equally impressed with the upgrade: "It has allowed us to demonstrate the unique wonders of our Deep Space exhibit on an unprecedented, new level. With our new hardware and software, we can offer visitors an immersive experience and take them on a voyage to entirely new worlds".

At its opening ceremony in August 2015, the detailed 3D depictions of the Deep Space exhibit drew a vast audience to the centre. Once again, the Museum of the Future was truly able to live up to its name.