The Voletarium, the latest attraction at the Europa-Park in Rust, embodies everyone's dreams of flying. 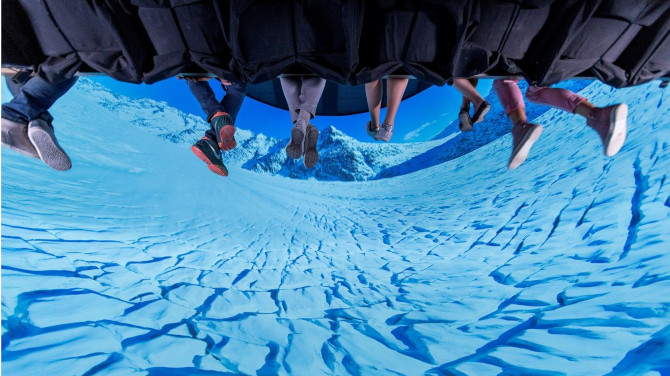 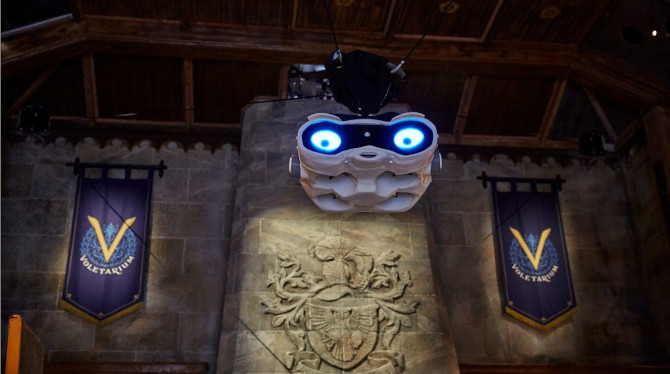 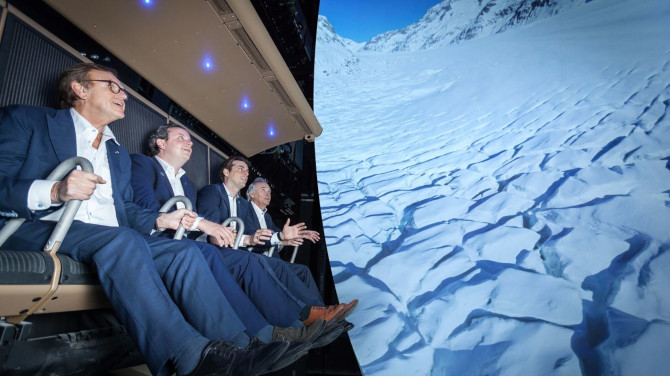 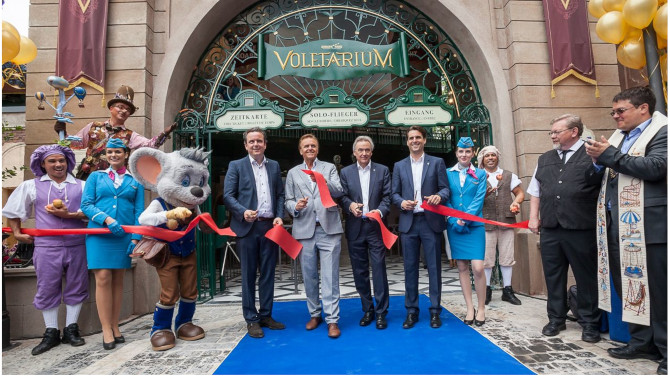 Dreams of flying are as old as humanity itself. Visitors to Europa-Park can now get a little bit closer to their dreams. The Voletarium, Europe's biggest flying theatre in Germany's biggest theme park, held its glittering opening ceremony on Whit Sunday 2017. Credit for the technical production of this major attraction, which represents the biggest individual investment in the history of Europa-Park to date, goes to the Austrian company Kraftwerk Living Technologies. The immersive projections on the two 424m² dome-shaped screens are provided by three Christie® Mirage 4K35 projectors per screen.

Located in the German-themed area of the park, the Voletarium invites guests on a fantasy-filled journey across the whole of Europe. For the breathtaking projections onto the dome-shaped screens, flyover films were made of 14 scenes containing world-famous sights from European metropolises and landscapes. They tell a story that thrills both young and old, fitting perfectly into the European theme of the park. Over 5.5 million people per season arrive there from all over the globe, and more than 100 attractions and shows in 15 themed areas based on different European countries whisk them away into different worlds.

The storytelling plays a central role here. In the Voletarium, visitors follow the tale of brothers Kaspar and Eckbert Eulenstein as they lived out their dream of flying together. Professor Andrej Nikolajew has been commissioned by the 'Adventure Club of Europe' to prove that the two flying pioneers carried out the first manned aircraft flight as early as 1825.

Considerable preparation was needed to bring the story to life. Before the films were actually shot, a pre-visualisation and animation of a demo-film were necessary so that suitable themes for the attraction could be chosen. Several cameras had to be positioned such that they worked together to generate a picture that could be projected onto the 424m² hemisphere in the best way possible.

There are two theatres, each with a 70-person capacity, so that on every ride up to 140 passengers glide through the air in chairlift-style gondolas. They experience spectacular 3D recordings played on a dome-shaped screen made up of two concave parts, each of which has a diameter of 21.5 metres. Effects such as wind, water and smells intensify the weightless feeling of flying that guests feel as they move through the 16-metre-high domes.

What is the secret of a good flying theatre?

Thomas Gellermann, Head of Research and Development at Kraftwerk Living Technologies, explains: "Visitors to the Voletarium sit right in the middle of events, inside the screen, so to speak – not outside it or in front of it, but inside it. This gives them a feeling of flying similar to the feeling you get in a simulator, as their entire field of vision of around 180/120° is covered. The interaction of ingenious technologies results in an intensive experience; and of course the outstanding images are also crucial."

The three-dimensional 4K recordings are supplied with the help of three Christie Mirage 4K35 projectors. Their integrated Christie TruLife electronics allows them to deliver native 4K content in 3D, each at 120 frames per second. A conscious decision was made to use a multi-channel projection solution with three 4K projectors, rather than a single-projector solution, as used in some other flying theatre attractions.

"We offered a multi-channel projection solution because it allows a higher light output, as well as higher resolution. In addition to this, you end up with a much more immersive experience than if you have just the one projector in the centre," says Gellermann. A further disadvantage of the one-projector option would be that what is known as the 'sweet spot', i.e. the ideal place from which to view the experience, remains free, as the midpoint is taken from the viewer's position. Another advantage of the Voletarium's technology is that the ride system is not connected to the projectors, meaning that they are not subjected to any vibrations.

When choosing the projectors the high resolution was key, as was the high frame rate of 120 frames per second, in order to further intensify the image sharpness for viewers. "We have used these projectors for various other projects already and have been very content with their performance so far," confirms Gellermann.

Aldric Muller, Project Manager for AV Media in Europa-Park, adds: "In Europa-Park we have been using two Christie projectors for quite some time now in our 4D cinema. So we were familiar with their high-quality, bright 3D picture reproduction and reliability." When planning the Voletarium it was also extremely important to know that Christie could provide a native 4K resolution per projector for their recordings, as well as a very high light output and the option of projecting at 120 frames per second per machine. Another point was that these projectors are designed for the long haul. "We aimed to build a set-up that would still be at the top of its game several years down the line."

The first distinction for this unusual attraction was not long in coming: In October, the Voletarium won the prize for 'Europe's New Top Attraction' in the Parksmania Awards 2017 at Movieland Park, part of the Canevaworld Resort in Verona, Italy.

Since the successful opening in June 2017 the Voletarium has been a magnet for the public in Europa-Park. And should anyone wish to continue the dream of flying after their visit to the park is over, they can do so with the mobile game 'Voletarium - Sky Explorer', developing their own flying machines at home.​