Garage Screen: Back with Christie

Moscow’s most cutting-edge summer cinema opens its new season with equipment from Christie. 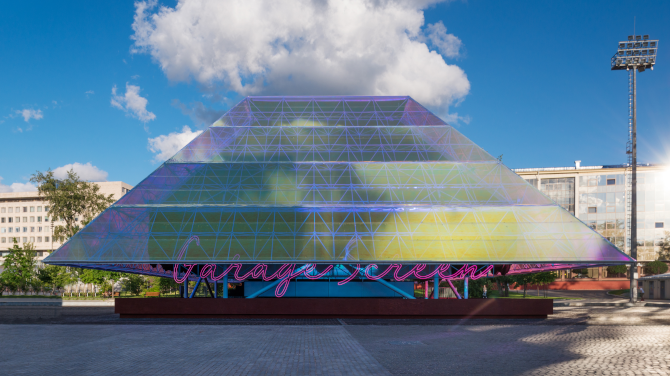 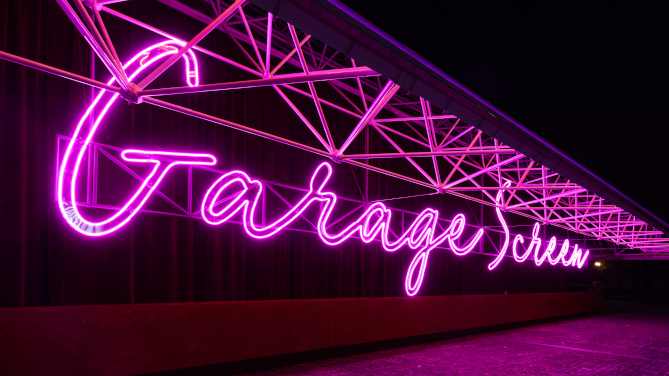 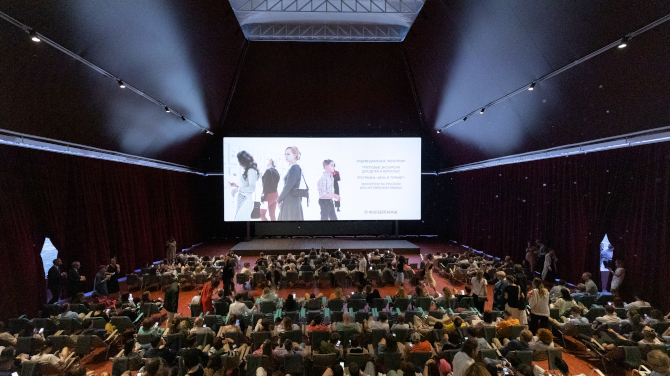 Garage Screen: Back with Christie for summer 2019

Every year, the onset of summer brings swarms of Muscovites into the city’s parks. Aside from nature, festivals, and ice cream, this summer one of Moscow’s central green zones, Gorky Park, will be offering visitors the chance to partake in the most important of the arts at the Garage Museum of Modern Art’s refurbished Garage Screen summer cinema. Following the tradition of previous years, every film will be shown using the latest Christie® cinema equipment: the 4K Christie CP4230 cinema projector, together with a Christie Vive Audio sound system.

The new Garage Screen cinema building, in the shape of a pyramid with a truncated top, sits above ground. As Garage Museum Director Anton Belov explains, this is an entirely new concept for a pavilion, where boldness of form and an unusual selection of materials come together to represent a holistic architectural statement. The project was completed by the winners of a national competition, Moscow architectural firm Syndicate.

The Garage Screen project opened its doors as an independent platform of the museum in 2016. For that occasion, the summer cinema was constructed on the museum’s roof. As Anton Belov relates, this decision came with its own complications: it’s difficult to protect an open-air cinema from summer storms and storm warnings, which are not unknown in Moscow at this time of year. It was even necessary to reschedule a few screenings during that season.

Nonetheless, visitors fell in love with the screenings at “the Garage”, and the growing popularity of the Garage Screen programme demonstrated that the concept behind the project was a solid one. High-quality film showings in parks are a popular trend. For this reason, Garage Screen reopened in summer 2017 in a new format – inside a specially constructed closed pavilion on Arts Square. Information and Digital Technology Department Director Aleksandr Vasilyev explains the advantages of this move: “The dome covering this new space meant we were no longer at the mercy of changes in the weather. This also reduced the level of backlight we had to deal with, because the screen was closed off from the sides.” Still, there were inevitably some issues: the decorative glass panels of the cinema’s facade caused reverberations. Fortunately, it was possible to solve this problem by making precision adjustments to the sound equipment and by installing noise-absorbing material behind the screen. The high light output of the Christie CP4230 cinema projector (34,000 lumens) created a bright picture on a big screen, even on those light-filled summer evenings. The film showings became a daily event.

“When we were getting down to creating the cinema, we knew its success required high-quality equipment: we wanted a 4K picture and good sound. We took a gamble on this,” Aleksandr Vasilyev continues. “The fact that at Garage Screen we work with Christie equipment – the same equipment used to show films at the most famous film festivals in the world, including Cannes, makes us even prouder. Several years of successful screenings give us confirmation that we made the right choice.”

Good sound distribution throughout the entire cinema, wherever the viewer is sitting, has been achieved using Vive Audio sound systems. Aleksandr Vasilyev also notes that ribbon drivers provide a clarity of sound that makes speech more detailed: “These characteristics were advantageous for us, because the venue is now used not only for film screenings, but for other events as well. We get a good quality and reliable transmission of sound from speakers’ microphones as well.”

Up behind the screen, we have left, central, and right channels suspended from winches. The LA5’s ribbon lines arrays are located below, and above each of these are two S215 subwoofers. LA5S surround loudspeakers are positioned behind the audience, and the system is controlled using a Christie SKA-3D audio/video processor. There are also nine amplifiers installed in the cinema: eight Christie CDA7.5 amplifiers and one CDA5.

When the season ends, the equipment from the Garage Screen summer cinema is sent for storage in packaging that uses special vacuum technology. We also stitched together special covers for the line array speakers using waterproof material when the cinema was still out in the open air.

Today, the cinema features a specially installed small screen for subtitles and an additional 20,000-lumen projector.

What can cinema-lovers look forward to at “the Garage” in summer 2019?

The cinema in its glass pyramid with the truncated top opened its doors to the general public on 30 May. That evening the cinema showed German comedy The Golden Glove from famous next-generation German director Fatih Akin.

Throughout the season, the “Garage” cinema will continue to introduce audiences to important pictures made by renowned directors in recent years, together with cinematic classics: from genre pieces to avant-garde and experimental work, the Garage Screen cinema will serve as a venue for events held in collaboration with Russian film festivals, including Beat Film Festival, MIEFF, and Kinotavr.

Last year the “Garage” museum held more than 118 film screenings, which were attended by more than 16,000 viewers. The organizers’ plans for this summer are no less ambitious: after all, the Garage Screen can now confidently be considered the most modern summer cinema in the capital.