What would it be like to ‘fly’ over a remote, Nordic island near the Arctic? A stereoscopic installation provided the experience. 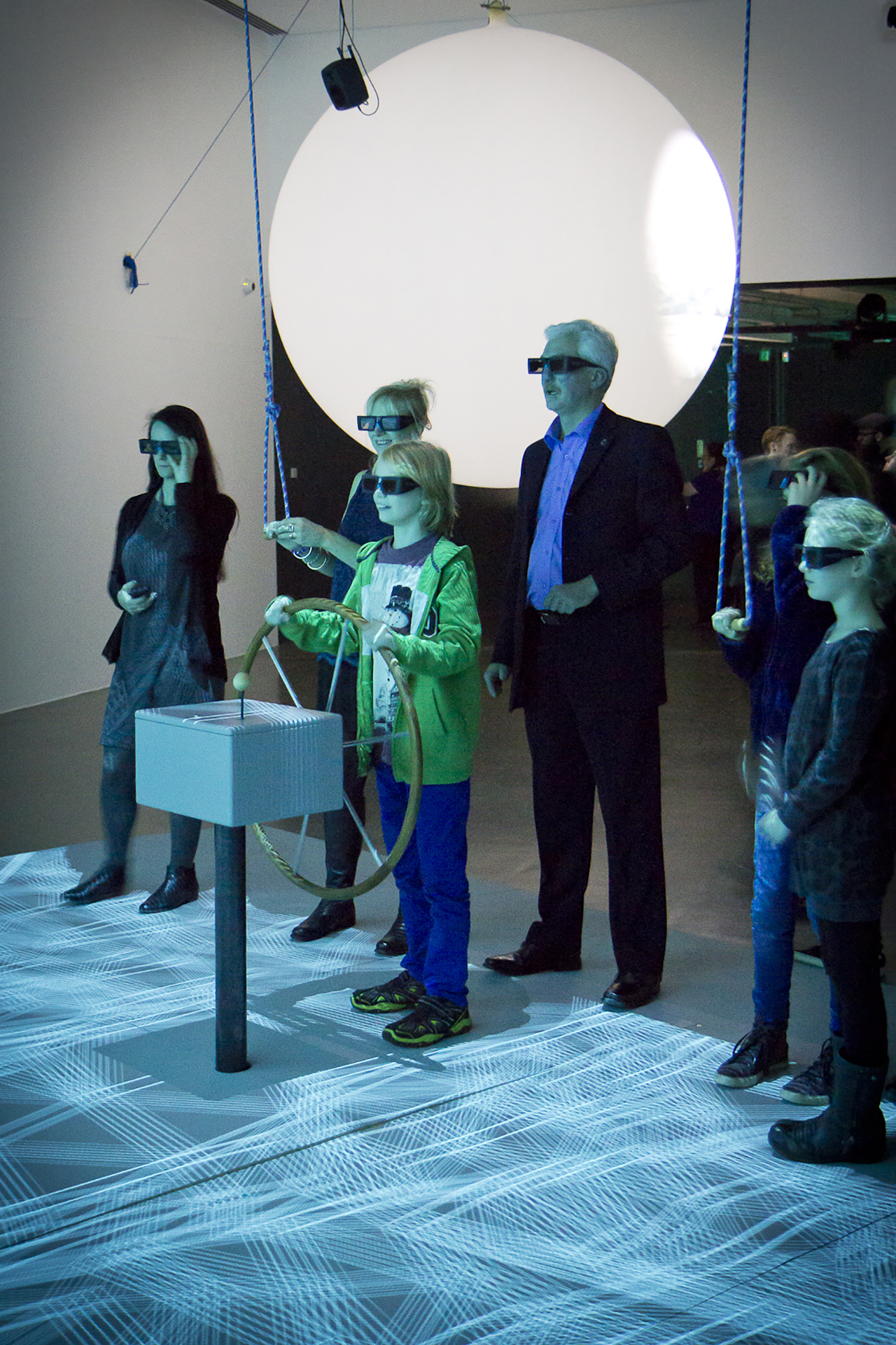 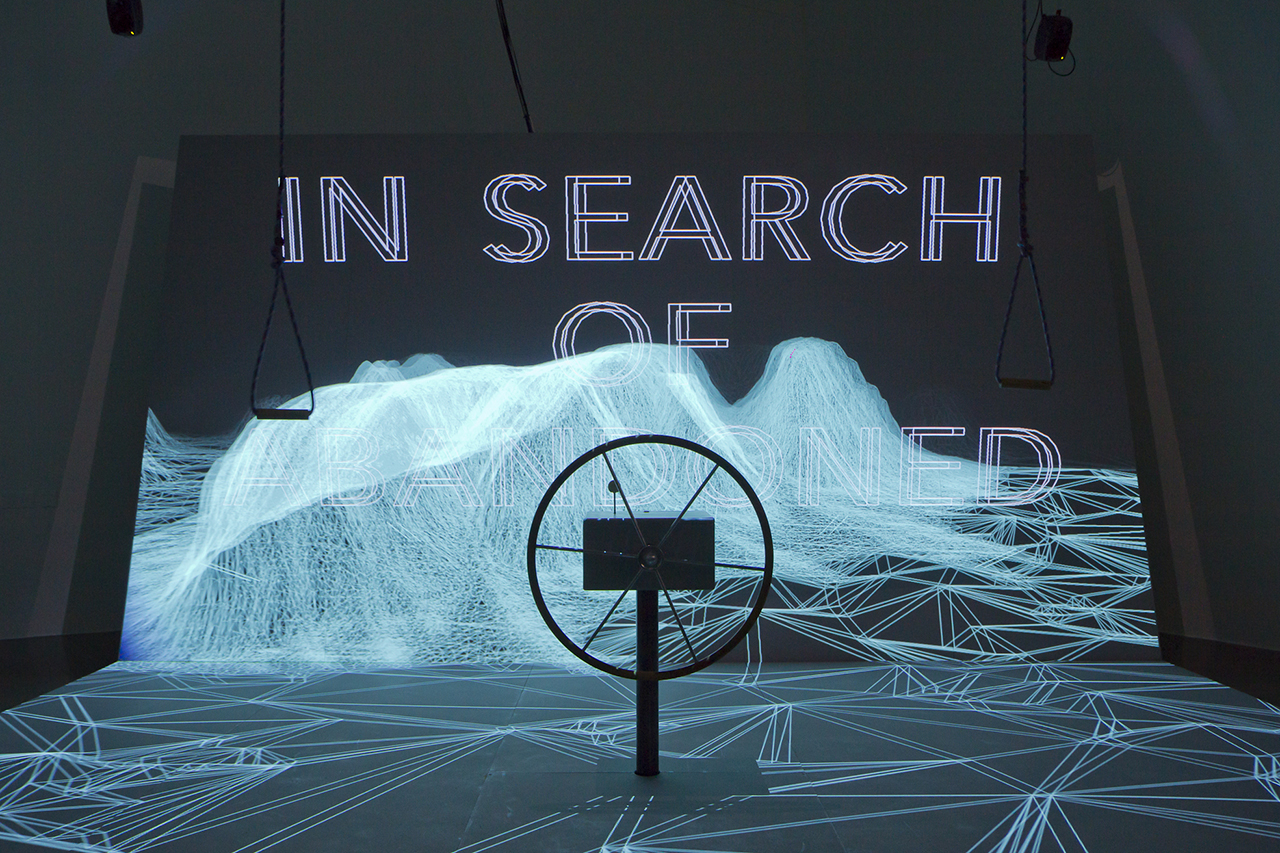 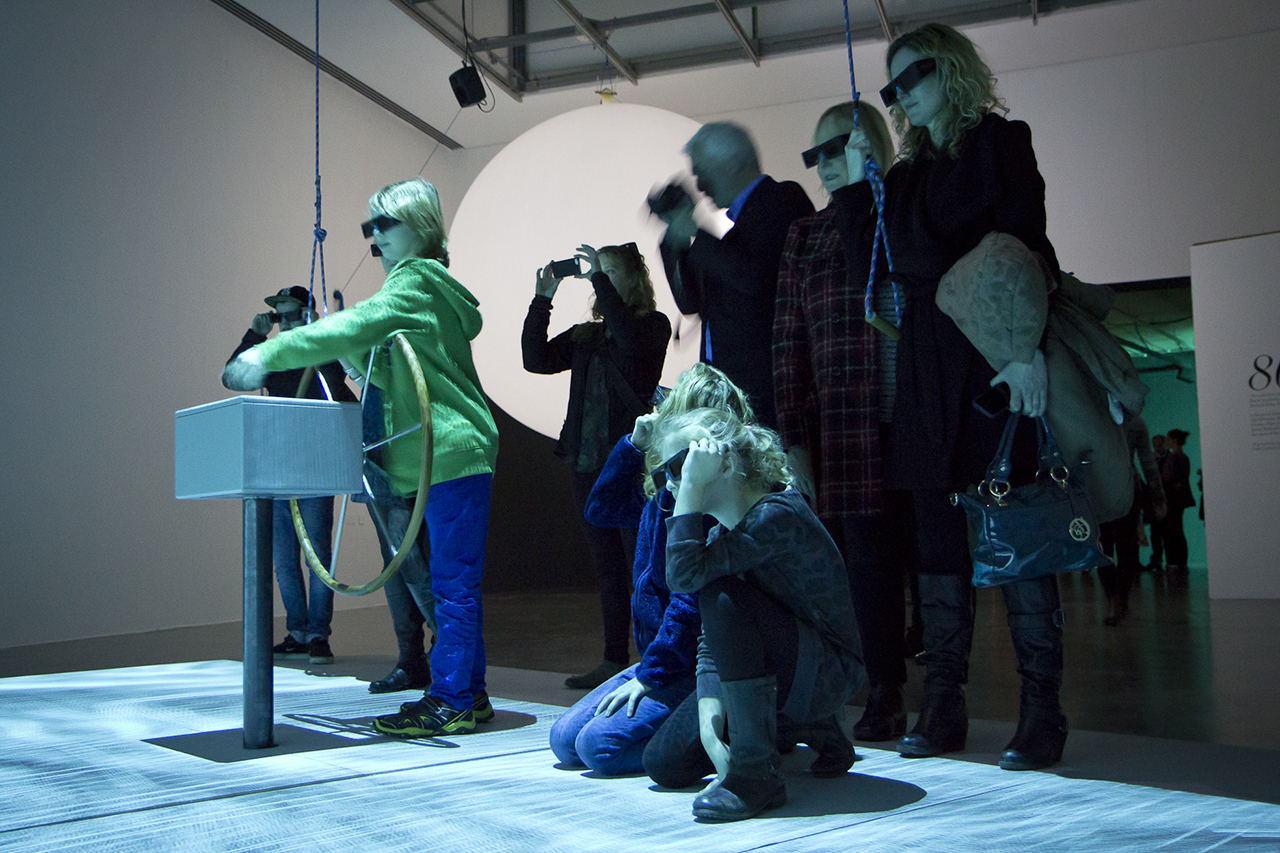 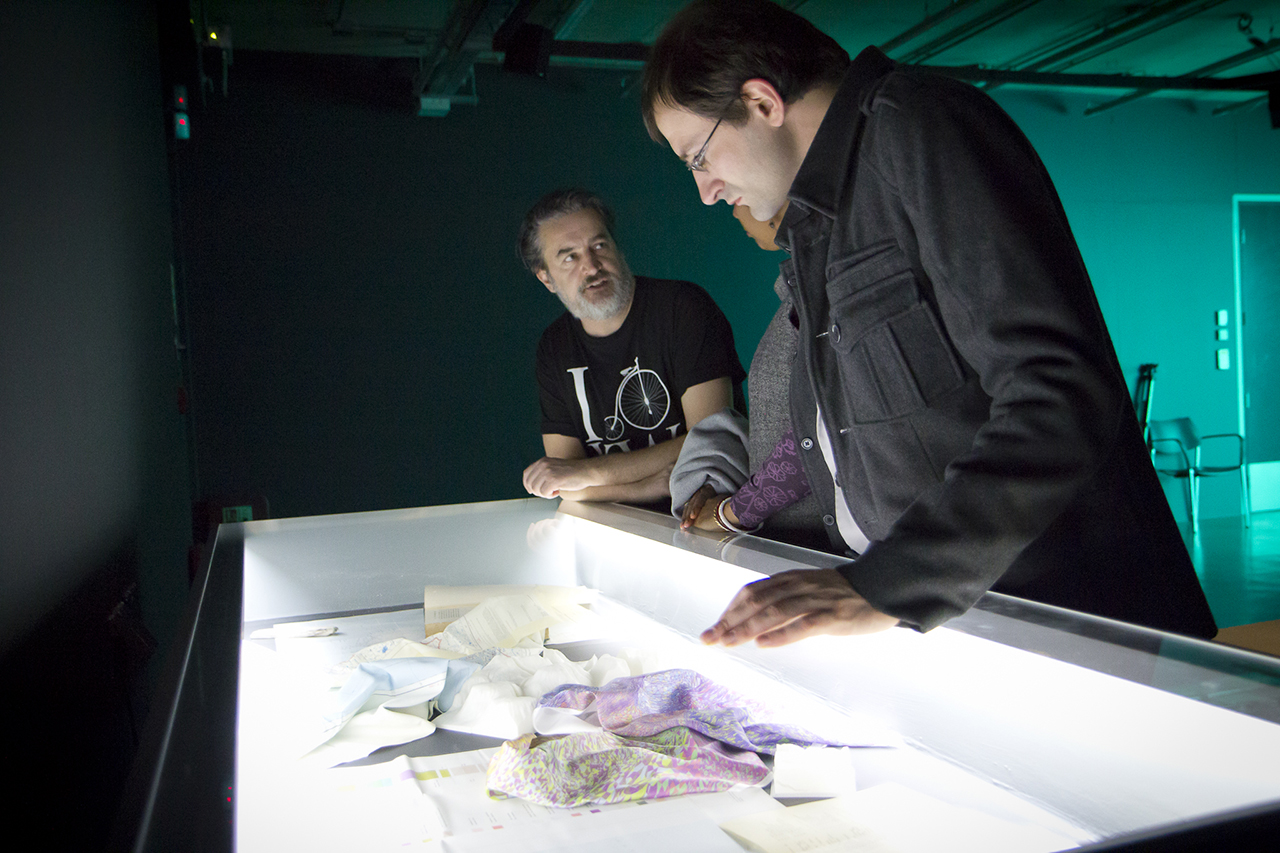 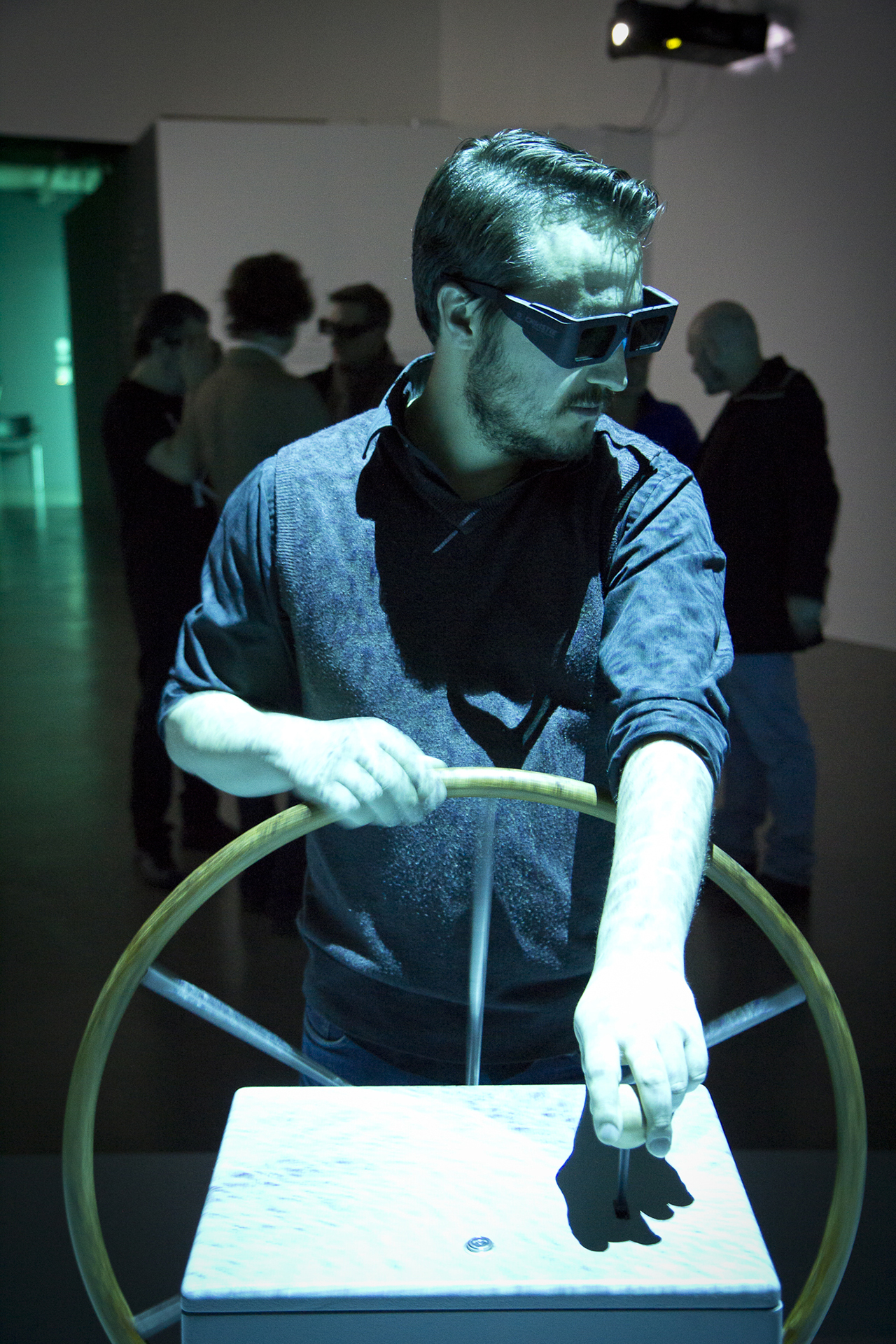 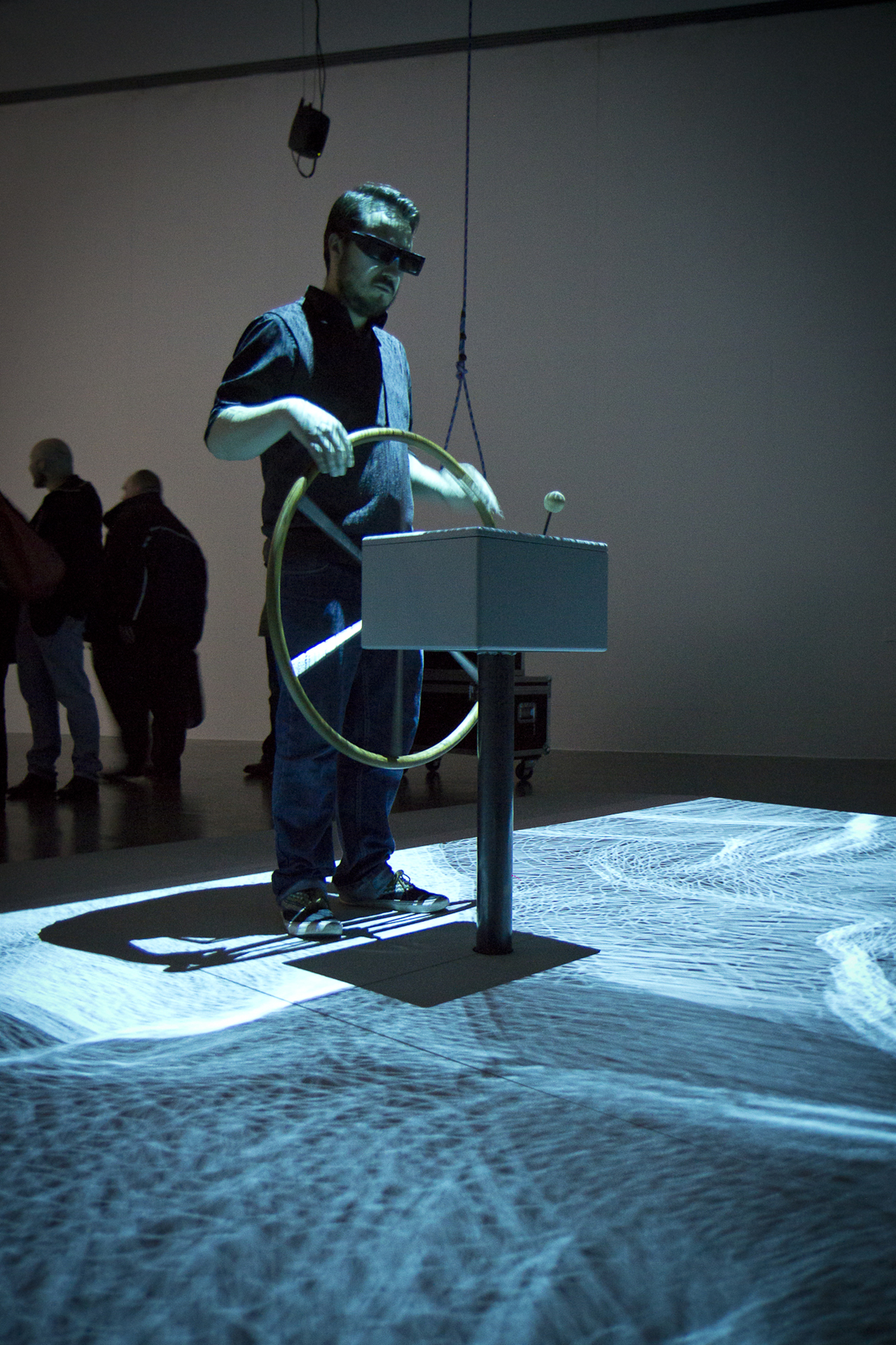 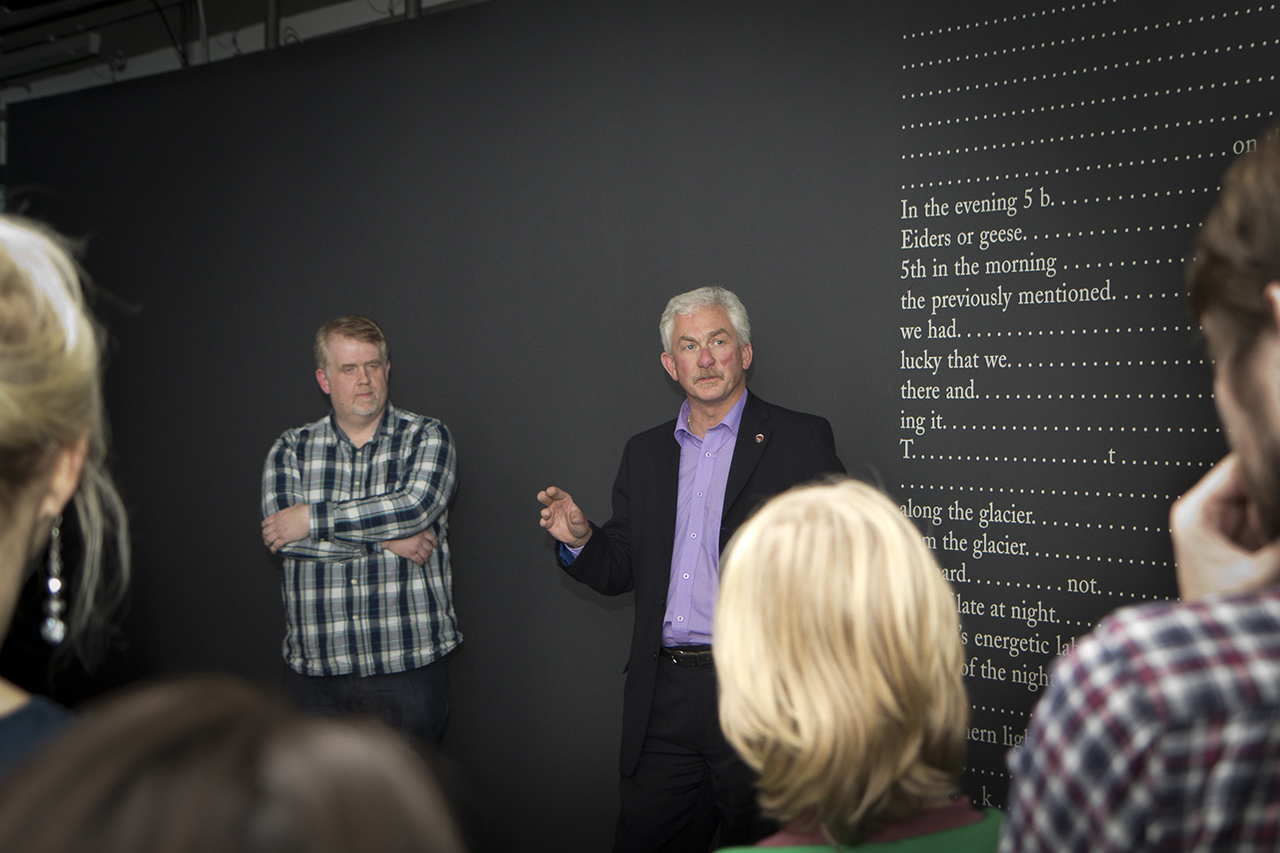 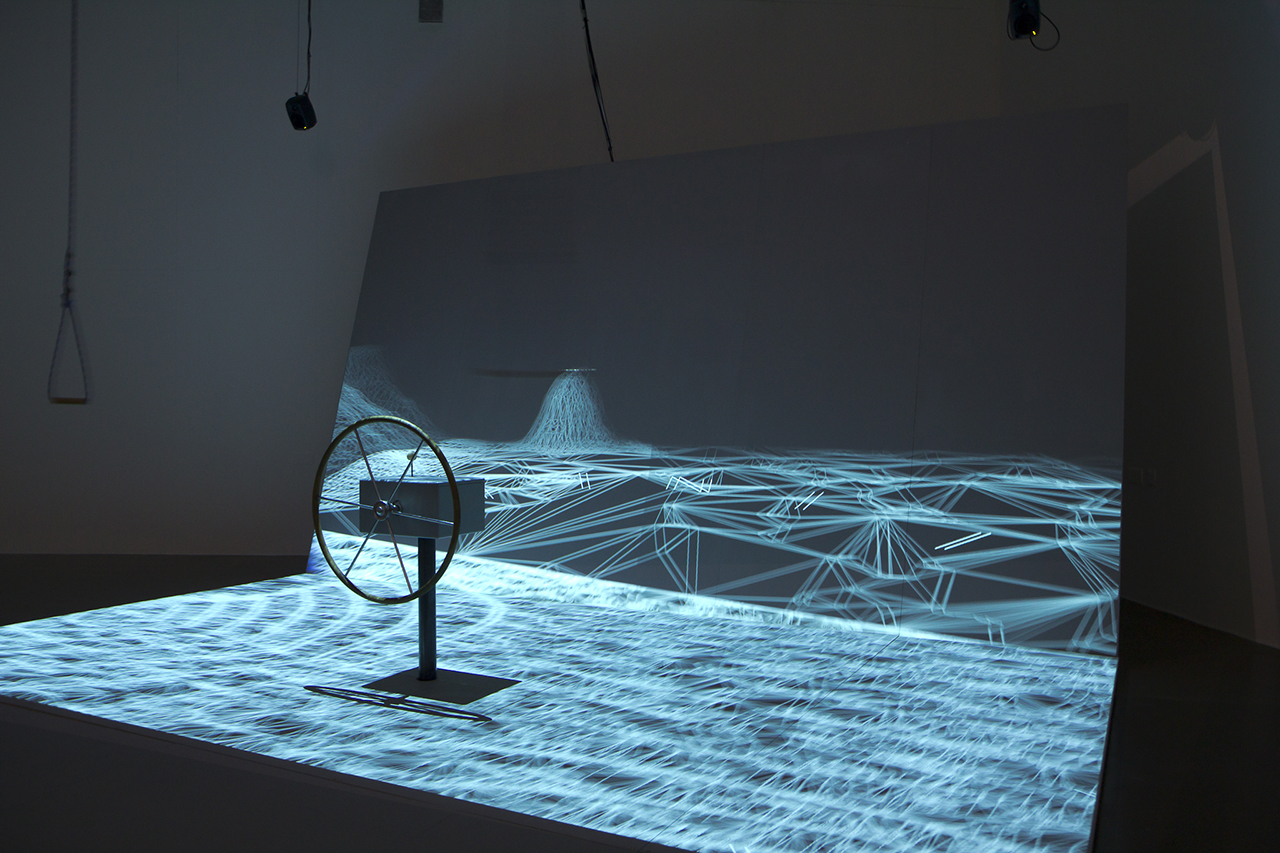 One afternoon, Ruth Gibson discovered an intriguing place name on a map of remote Arctic islands near Norway. ‘Abandoned’ it seems, is a real place in the archipelago of Svalbard. So, when experimental artists Ruth Gibson and Bruno Martelli won Christie’s coveted summer artistic residency at our Canadian headquarters and got what Bruno called ‘rare access,’ to 12 Mirage stereoscopic DLP projectors, they created an ambitious work, ‘In search of Abandoned’.

The resulting piece is an immersive and interactive installation where you ‘steer’ your way over – the real – mountains, valleys and undulations of ‘Abandoned’, plotted electronically from height map data. Pared back, to their most minimal co-ordinates in black and white, and projected on walls and floor, it’s a dramatic experience that seems to surround you.

The story goes back a few years to 2010 when Bruno went on a sailing expedition, at the request of Gibson, to find 'Abandoned'. He made the journey in a 100-year-old sailing boat, and then kept the findings under wraps for three years.

Christie’s residency in the summer of 2014 then gave them the opportunity to launch a world premiere at Christie’s 3D HIVE which is located at a community hub (in an old warehouse) in Kitchener, Ontario, near our Canadian head office.

It was here that Gibson and Martelli were given what they appreciate was an unusual opportunity to use the kind of technology that, “Is generally given to people like engineers but not to artists,” according to Martelli. Using 12 Christie Mirage stereoscopic DLP projectors, their audacious work, In Search Of Abandoned, came to life as part of the CAFKA14 Biennial. CAFKA (Contemporary Art Forum Kitchener and Area) is a non-profit, artist-run organization that presents a free biennial exhibition of contemporary art in the public spaces of the City of Kitchener and across the region of Waterloo.

Honored to be officially appointed Christie artists-in-residence, their reputation further gathered momentum after Christie president and COO, Gerry Remers, was among the audience – a meeting that would lead to further ventures later.

So began a relationship with the company that has continued back in the UK.

A few months later, the two collaborators, based in London’s East End, were approached by the curator of the QUAD Gallery in Derby and invited to exhibit as QUAD Digital Fellows. “We showed them the work and they loved it and we decided to bring together three pieces of work that have not been shown together, which have been inspired by Arctic exploration,” explained Martelli.

Flying over the Artic in 3D

The exhibition features the desolate immersive Arctic wasteland depicted in this panoramic digital landscape as part of a trilogy of works under the title 80°N. And once again they used Christie projectors to bring their 3D creation of Abandoned to life over a two-month period.

This time the world of Gibson/Martelli was scaled down from a fully immersive HIVE seen in Kitchener to a two-screen (floor and wall) version using a pair of Christie Mirage HD14K-Mprojectors. These feature 12,000 ANSI lumens from a dual 450W lamp design, full HD resolution and up to 2500:1 contrast, combined with embedded Christie Twist® – all perfect attributes for high-performance 3D users.

Without the support of Christie, Gibson and Martelli’s experimental work and research into VR and motion capture would never be realized to such a standard, they acknowledge.

Thus the artists were relieved to find the same level of back-up awaiting them in Derby as the QUAD Gallery announced 80º N. This trilogy is the result of a four-year research project that centers on Arctic exploration which “contemplates the overwhelming might of nature, its beauty and its vulnerability,” as Bruno puts it.

Visitors to the QUAD gallery were invited to don stereo active glasses and observe the Arctic from a first-person perspective; in Abandoned itself seeing the stereoscopic terrain whilst hearing a complementary audio music soundtrack generated in part by the way you navigate the terrain – thanks to their Canadian collaborator, David Jensenius.

Both Ruth Gibson and Bruno Martelli remember the role of the Christie president in taking the Abandoned initiative across the world. “Gerry Remers saw it in its infancy,” recalls Gibson. “I had contacted him out of the blue and I couldn’t believe he remembered us when we met. The Christie team could not have been more supportive — both in North America and later back in the UK.”

Support from Christie both sides of the Atlantic

They consulted Christie about the best ways to optimize the show. A scaffolding tower was provided and the artists say they were indebted to the assistance given by Christie’s Carl Fowler, James Belso, Robert Sayer and Pal Roppa (from Christie UK) in helping them rig it. “They also helped us with drawing up accurate plans — in fact none of this would have existed without Christie,” they say.

This assistance included an invitation to Christie’s EMEA HQ in Wokingham to advise on the feasibility of their existing computer and graphics card. Consequently, they upgraded to an NVIDIA Quadro graphics card which has been driving the two screens in stereo; WorldViz granted a license for their Vizard software which streamed OSC data into the SuperCollider audio processing software.

“We have totally achieved everything we wanted and the projectors have worked great,” states Bruno Martelli. “They have heaps of features and everyone is delighted.”

Martelli and Gibson have also been involved in talks during the Derby season, and an “In Conversation” evening, speaking to curator Richard Ducker. “It’s interesting to compare and contrast different Virtual Reality Glasses and CAVE setups which give different types of immersion. With our sketchy wireframe visuals, when something is as immersive as this, the brain becomes really good at filling in the gaps,” says Bruno.

He cites the game world as the inspiration for delivering, “Almost an excess of reality.” He explains, “While it’s possible to aim for that same level of realism I believe in holding back and letting people’s brain take over when creating with a virtual world, giving space for the imagination.”

To quote CAFKA Biennial Director Gordon Hatt’s testimonial, “Gibson and Martelli’s work pushes both the capacity of cutting-edge visualization technology and our understanding of where contemporary art can take us.” And Christie is delighted to have played its part in that.

80ºN is produced in association with QUAD, supported by Arts Council England and CAFKA14 - with generous sponsorship from Christie & WorldViz.

Gibson/Martelli’s works have featured in galleries and at festivals worldwide.