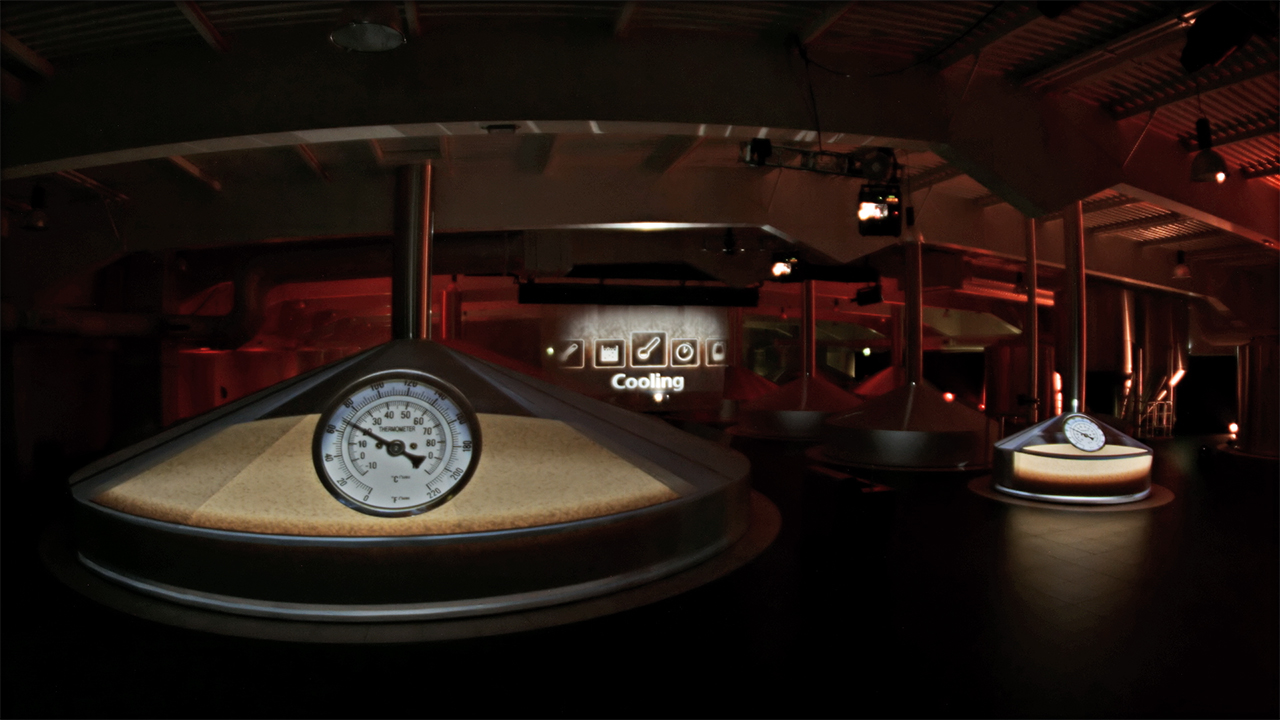 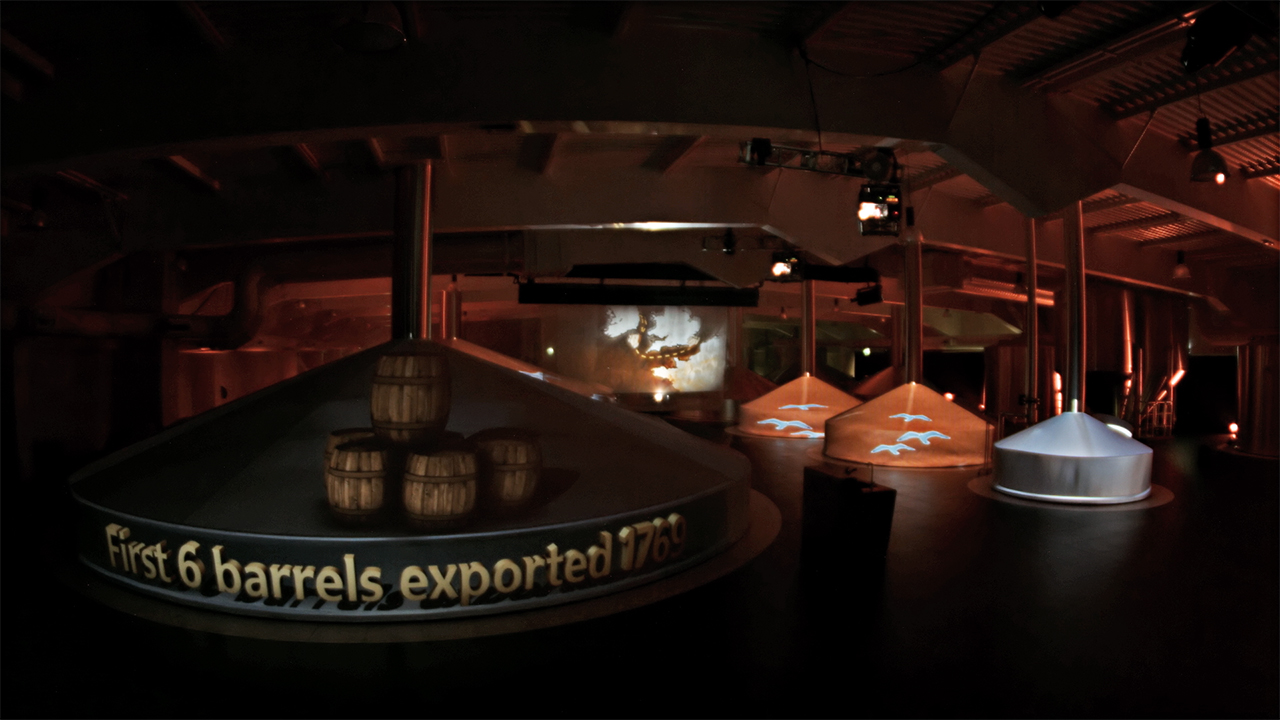 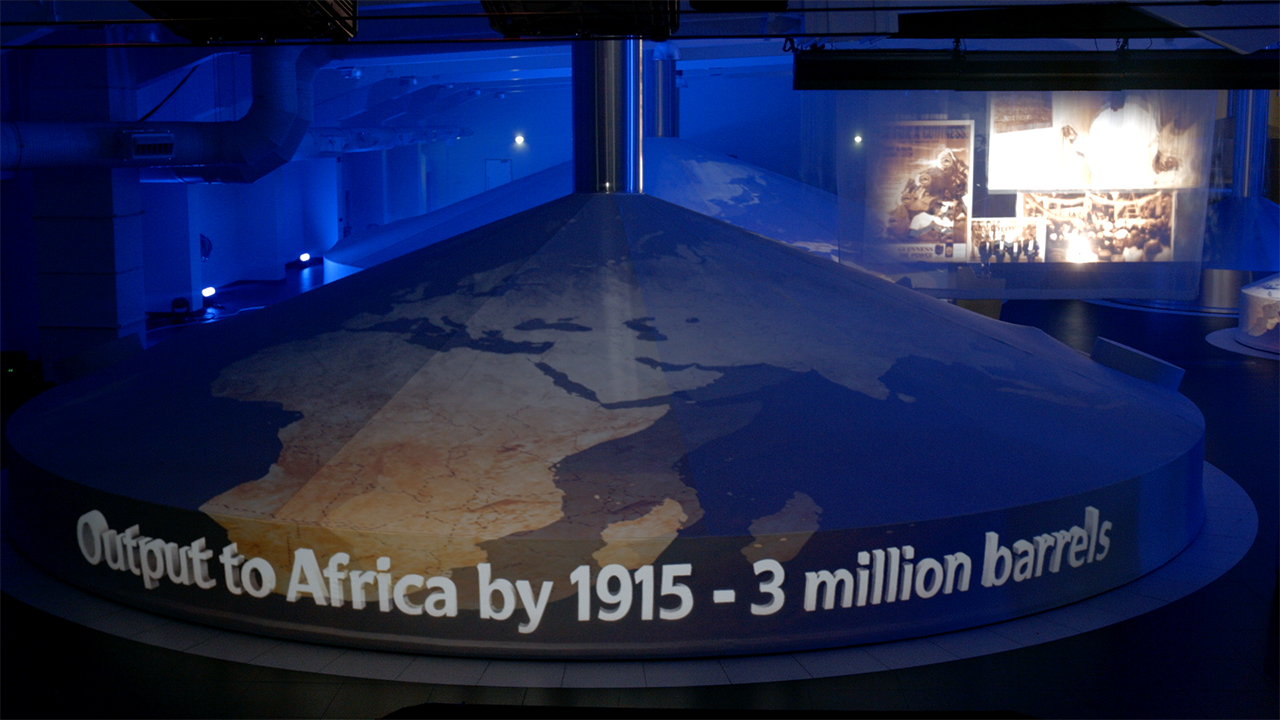 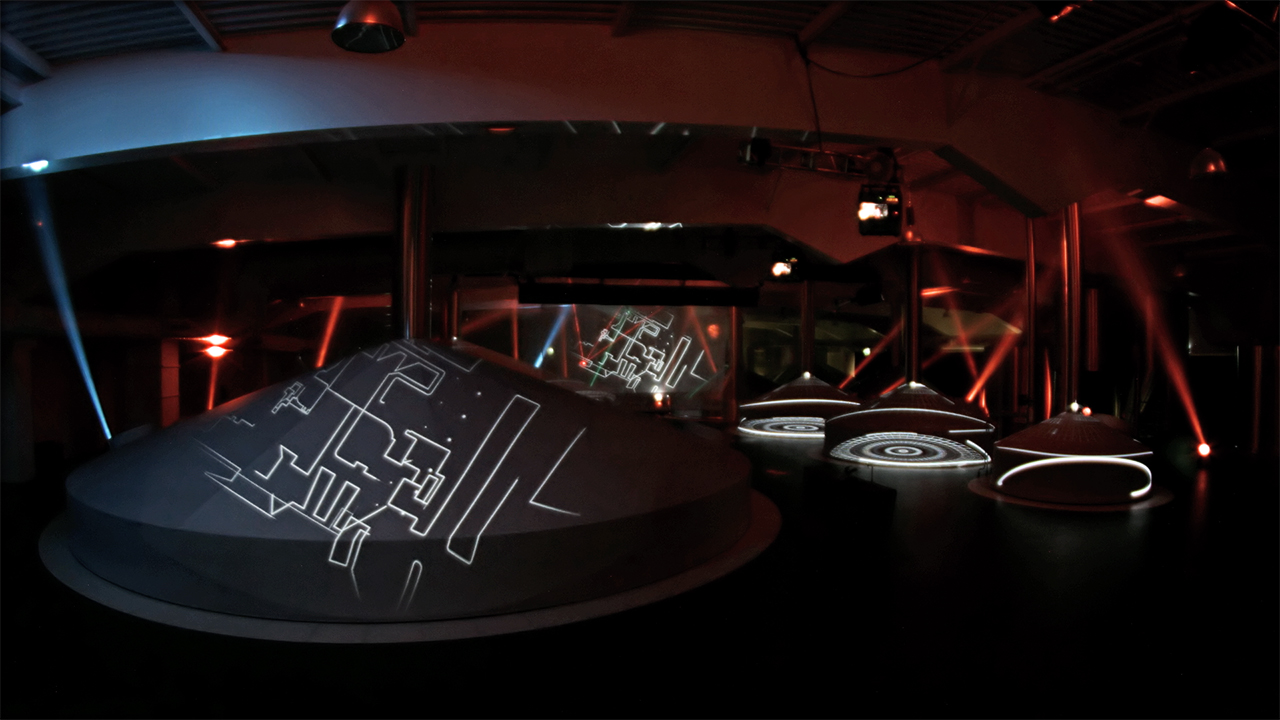 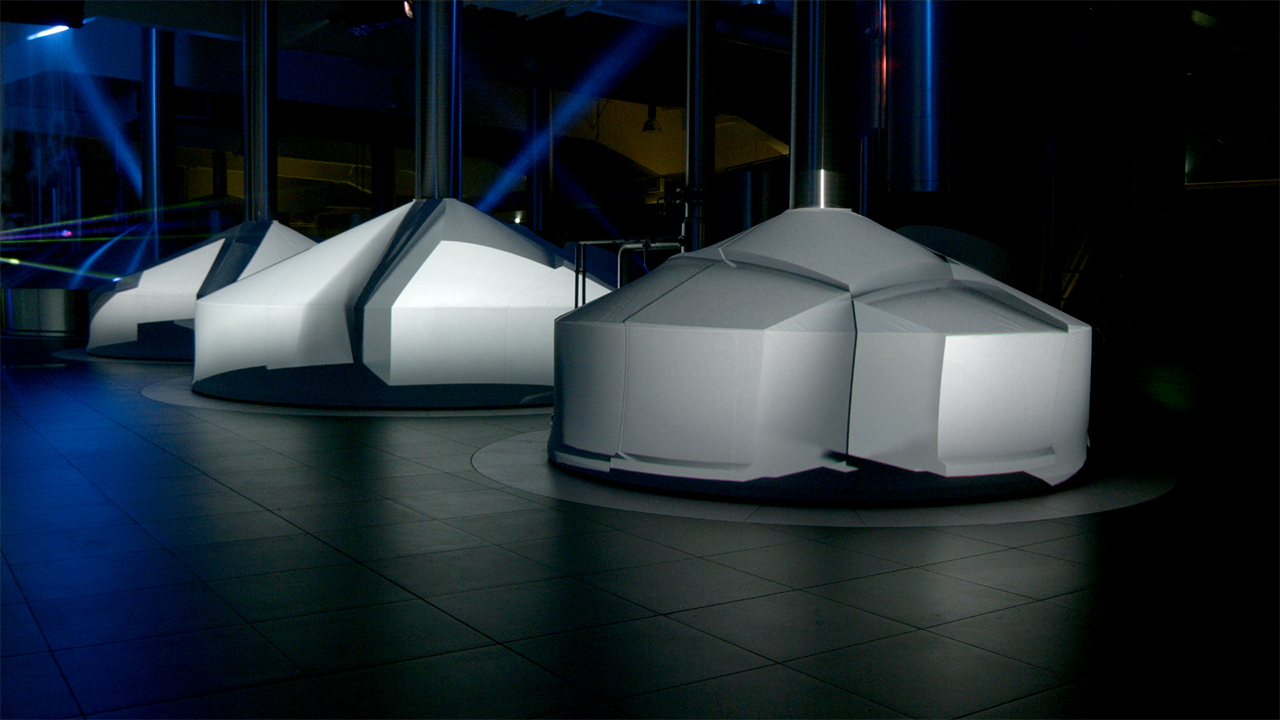 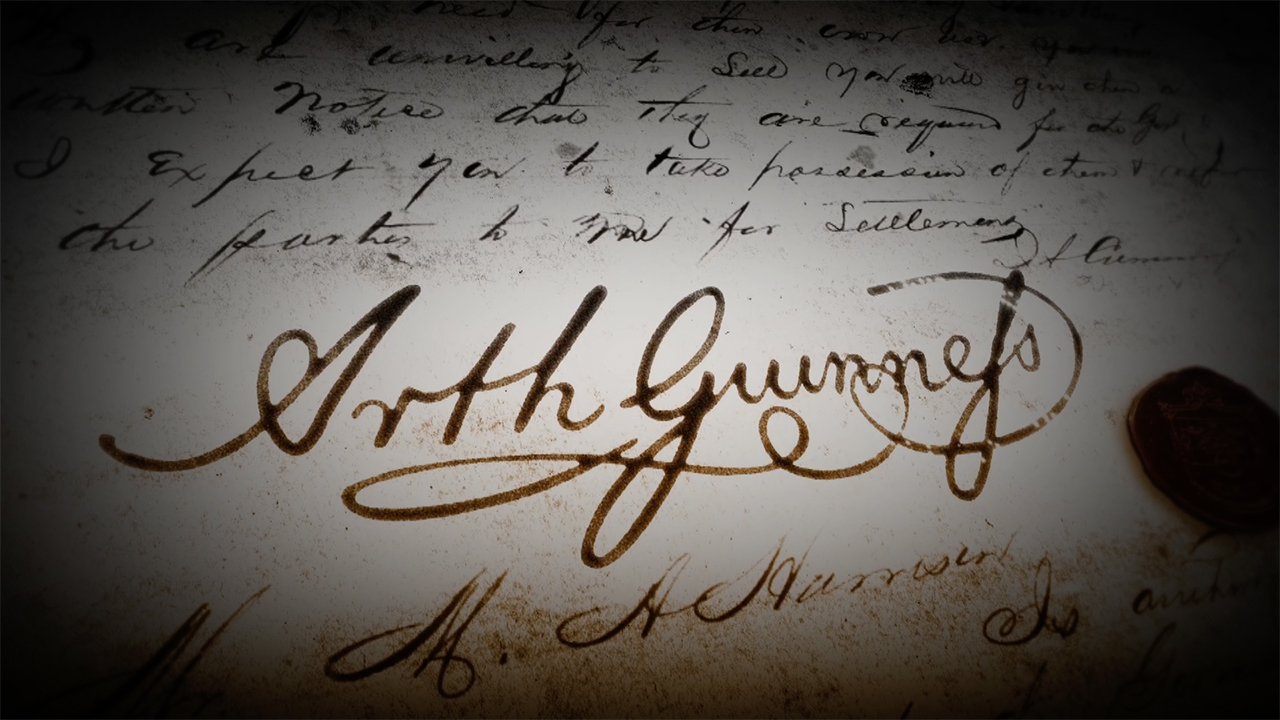 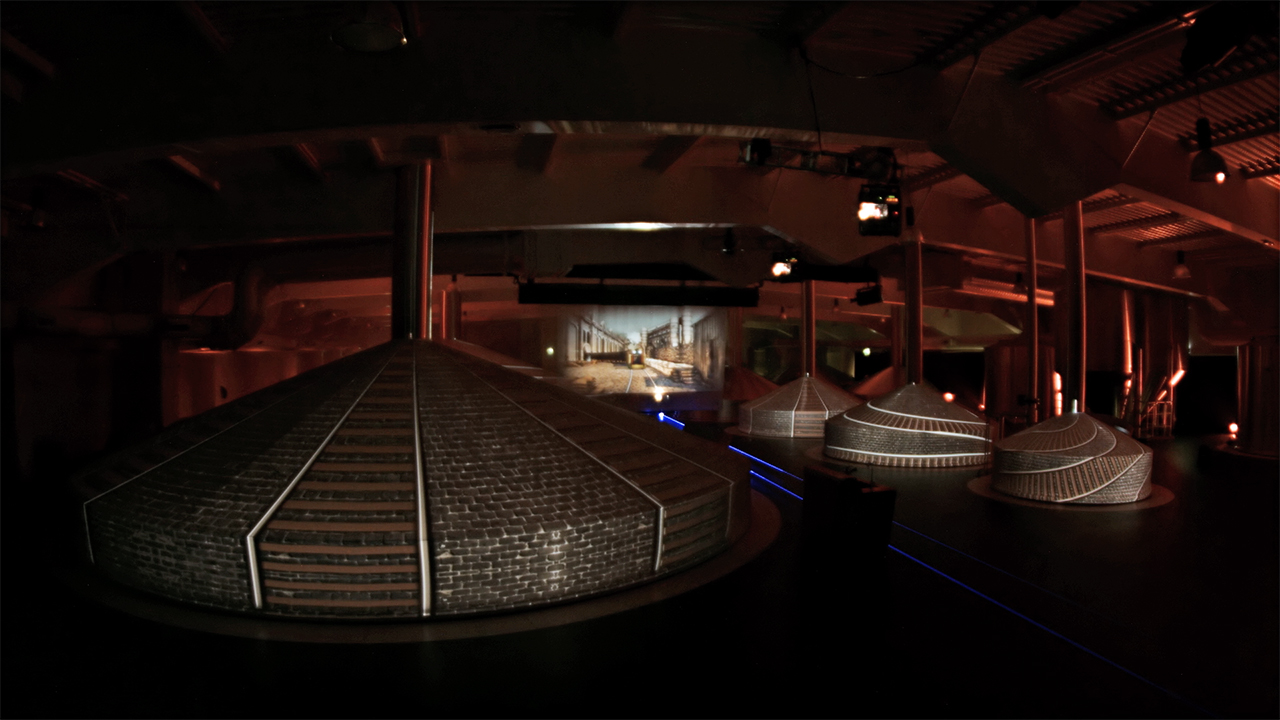 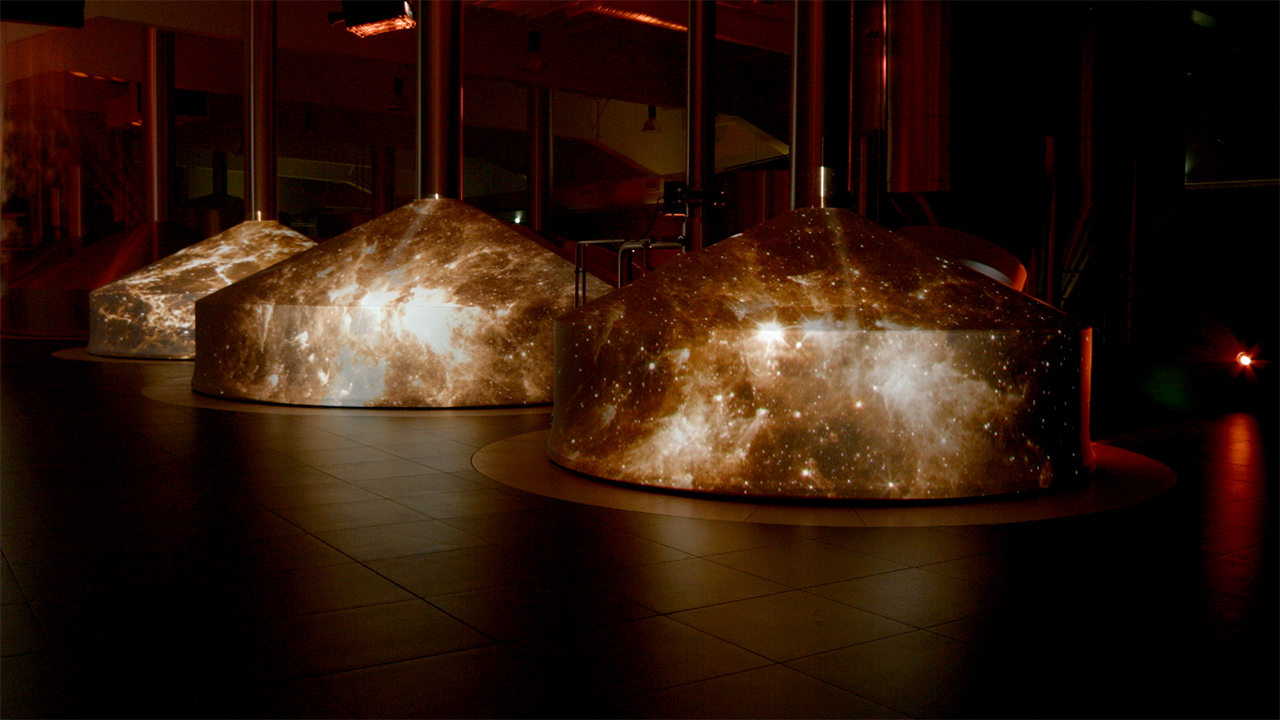 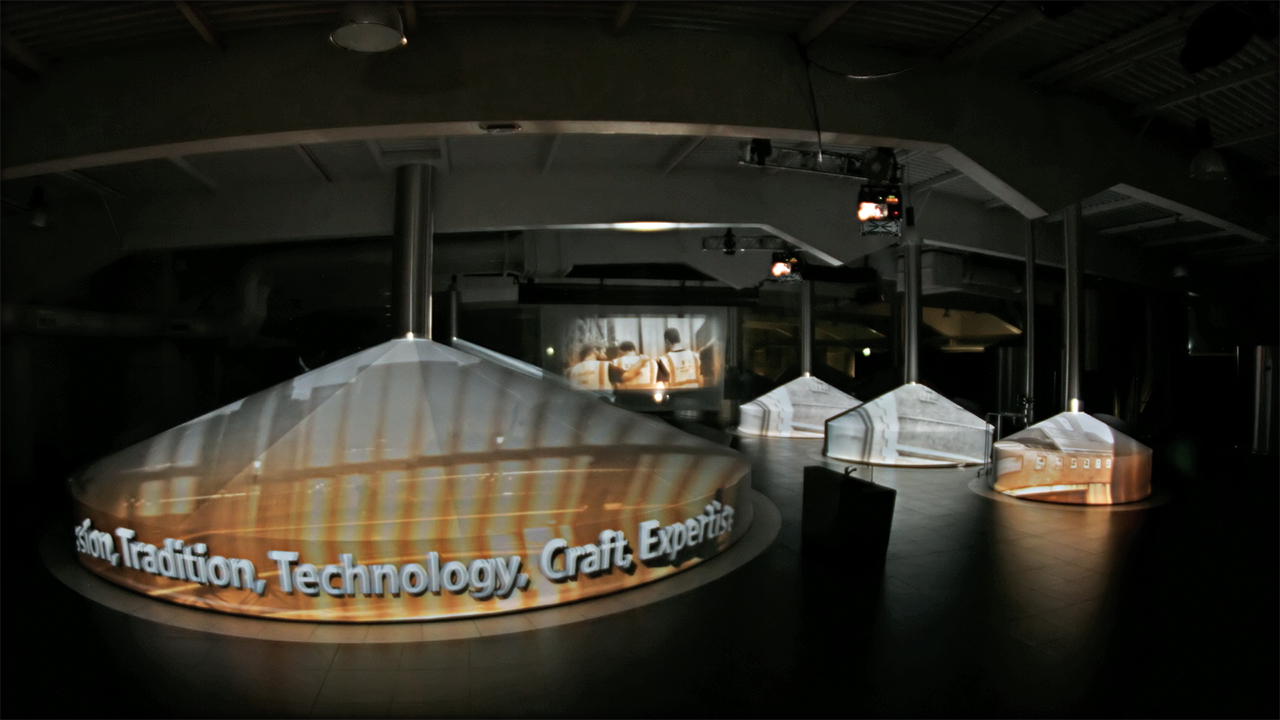 Dublin-based Avtek Solutions recently undertook one of their most technically challenging pixel-mapping projects ever to help launch Guinness’s Brewhouse 4. A brilliant creative concept, the idea was to video map the history of Guinness in 3D onto the giant metal brewing kettles themselves. It turned out to be a technical and artistic feat involving six creative agencies and a host of technical issues to solve which included mind-boggling logarithms (to plot angled projection around the drums), orchestrating total automation from SMPTE and running projectors in 35 degree brewing conditions. Not to mention a world-wide hunt for giant ‘socks’ to turn the brewing drums into three-dimensional projection screens.

The new brewery, the first to be opened at the St James’s Gate site since 1988, cost £135m to develop and, as befitting the country’s largest single construction in 2012, the grand opening warranted a spectacular audio-visual presentation.

In front of a succession of VIP guests, who took their seats in a makeshift tiered grandstand over a three-day period, nine network controlled Christie HD projectors brought the story of Guinness to life on the huge brewing drums, which, between them produce a staggering 1 billion pints of Guinness a year. The effects were stunning, as you can see in the video above. Although a three-day event, brewing was only stopped for one day.

The story of Guinness, as never seen before

The concept started with Verve, the biggest independent event production company and live agency in Ireland, who then tasked Avtek with the technical delivery of the development of Guinness using animated, 3D mapped content. Avtek deployed two Christie Roadster HD20K-J projectors and seven further Roadster HD18K’s — all networked via Christie RoadTools’ Virtual Remote, and operated wirelessly from a laptop.

The success of this project depended on close collaboration between all the agencies at the prep stage, via a 3D mock-up, using Cast WYSIWYG software, which allows designs to be explored in a virtual environment and projector positions to be identified.

Avtek’s team, meanwhile, needed to draw on all their skill to plot acute projection angles while preserving sightlines (and keeping the sources out of view). Operating temperatures were also monitored in RoadTools and any fears that the projectors would have difficulty functioning in brewery operating conditions of 35°C proved groundless, and the internal mechanisms functioned very well in conditions of 35 degrees. Avtek further minimized any risk by providing fans, which were strapped to the projectors to ensure hot air dissipation.

The story itself was pixel mapped onto five conical kettles (Guinness’s large brewing drums). One of the many (and rather unusual) challenges was that these needed to be clad in a special heat-resistant creaseless ‘sock’ — colour-coded to mimic the aluminium finish. After trying various stretchy materials a solution was eventually sourced and manufactured by Vinehall Displays.

Avtek director, Tony Lanigan explained, “The opening scene was projected onto a black sharkstooth gauze directly in front of the audience area which parted on a motorized track to reveal the brewery in all its projection-mapped splendour.”

Another challenge was presented by a show which included a cornucopia of dynamic lighting and special effects, including LED, fog, strobes and lasers beaming around the kettles; Avtek worked closely with Continental Lasers for the final sequences to ensure that beams weren’t firing directly into the projector lenses. “Because of this, we had to do the programming with the shutters on — and then in slo-mo to make sure none of the lights hit the lenses,” explained Lanigan. The lasers then had to be recalibrated each morning.

“This was one advantage of having a remote network connection to the projectors,” he went on. “RoadTools was very useful in this respect — because once the projectors are in the air you try not to go near them, we could shutter and un-shutter all projectors at the click of a mouse.”

Content was fed to the projectors from four Pandora’s Box Quad servers while animation software was designed by Projection Artworks (UK) and developed in Pandora’s Box Widget Designer Pro — with all servers touch-screen operated via custom panels. All servers, lighting and laser sequences were controlled from a 5.1 audio track running SMPTE time code, the soundtrack played out through Avtek’s NEXO loudspeakers.

All the Christie projectors had mission-specific tasks. The two HD20K-J projectors were chosen for the gauze projection because they appeared quieter than the HD18K, since they operate at a different audio pitch — and this was vital, since they were flown at the rear of the tiered audience area.

The seven other networked HD18K’s meanwhile were used on the rest of the kettles fitted with an assortment of 1.1:1 fixed lenses and 1.4-1.8:1 ILS wide zoom lens, with the foreground drum (nearest the audience) requiring a 0.67:1 ILS fixed lens — and some really artistic warping techniques, using Christie Twist software assisted by the Pandora’s Box Warper. “The projectors couldn’t go back any further so it was difficult to warp these conical objects, particularly with the 0.67 lens which we had no choice but to use for the nearest kettle,” stated Lanigan.

Avtek worked closely not only with Continental Lasers but also with Peter Canning at High Res Lighting — and primary video and compositing agency, The Lightroom, to ensure the various atmospherics were both complementary and interactive. This included generous use of backlight to create silhouettes, and other special FX like a fog screen clad with white gauze to dissipate the fog.

Summarising the project, Tony Lanigan said he was delighted with the production levels that had been achieved. The primary concerns of potential overheating had been overcome (with the aid of Christie RoadTools monitoring), and acute projection angles had been successfully coordinated while keeping the source away from line of sight and working within the confines of several seating tiers; this had dictated the position of the overhead truss above the roof beams, where Avtek successfully managed to conceal the Christie projectors.

“I was thrilled that we could deliver the project with no hitches and be involved in one of the biggest launches of the year,” he concluded “There was a lot of complex trigonometry involved in getting the angles right and I am pleased we were able to utilise the technology to its maximum potential, in what was certainly one of the toughest challenges we have undertaken.