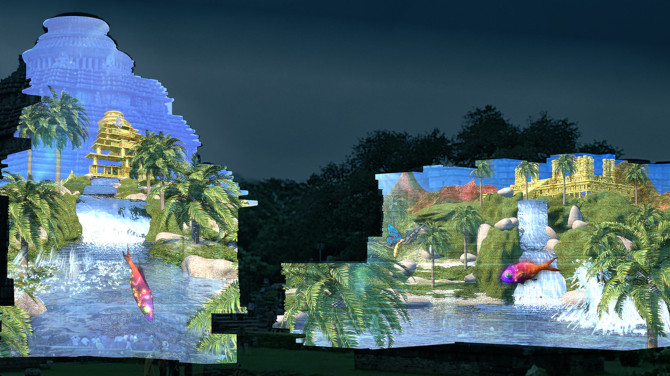 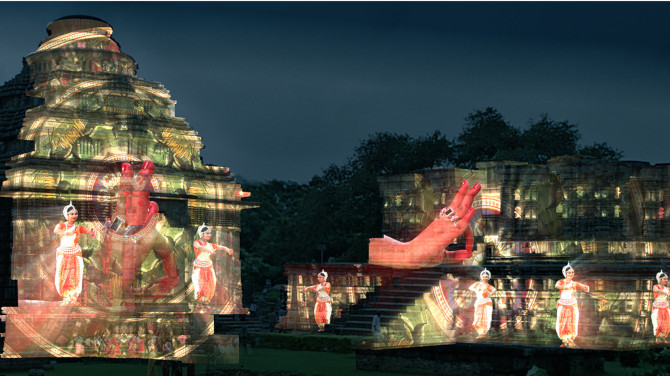 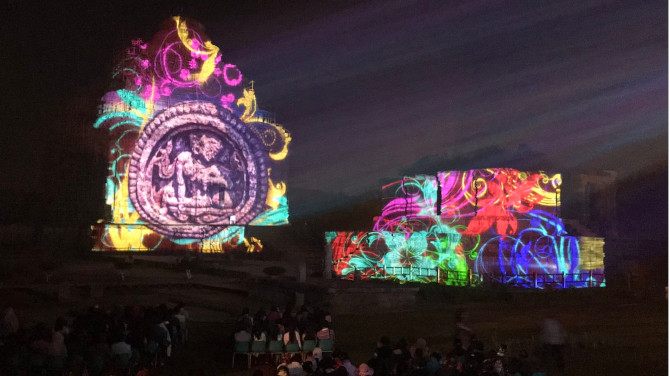 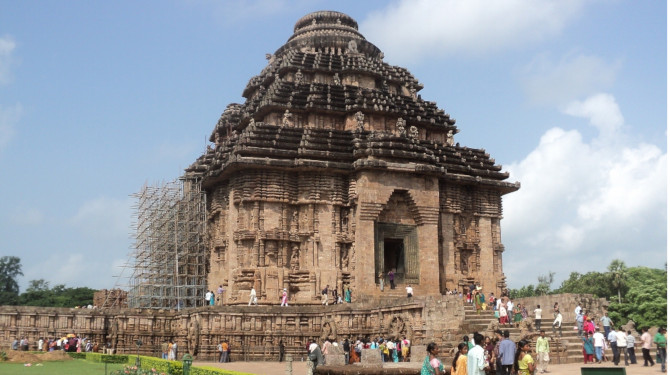 The ancient Konark Sun Temple, located about 35 kilometres northeast from Puri on the coastline of Odisha, is one of the most majestic and outstanding monuments ever built in India. Widely believed to be constructed by King Narasimhadeva I of the Eastern Ganga Dynasty in 1255, the stone-carved monument features traditional Kalinga style architecture and is dedicated to the Hindu god Surya.

It resembles a giant ornamental chariot with 12 pairs of elaborately carved, three meter-wide, stone wheels and drawn by a team of seven horses. A major part of the structure was in ruins, but had been partially restored through the conservation efforts of British India-era archaeological teams. The temple was declared a UNESCO world heritage site in 1984. Today, it remains a major pilgrimage site for Hindus.

In an effort to educate pilgrims and tourists on the temple’s glorious history and religious significance, a 35-minute light and sound show was commissioned by the Indian Tourism Development Corporation (ITDC). The task of creating and delivering the spectacle was undertaken by Christie’s valued partner, Tricolor India Schauspiel, which clinched the project through an open tender call by ITDC.

“Konark Sun Temple is an architectural marvel. It depicts human life and forms with very artistic engravings. We are immensely proud to be given this opportunity to illuminate a structure of this significance and create a show about it based on an exciting creative concept,” said Himanshu Sabharwal, Creative Director, Tricolor India Schauspiel.

The innovative audiovisual company has, over the years, established a proven track record for delivering spectacular largescale experiences across India. These include the multimedia display at Dhauli Shanti Stupa in Bhubaneshwar, the “Dharti Aaba” light and sound show in Jharkhand, and more recently, the mesmerizing showcase at Jang-e-Azadi Memorial in Kartarpur.

Setting up the show

The task of creating a light and sound show at this ancient monument presented huge challenges for the Tricolor India team. To begin with, the temple’s Front Facade (Jagmohan) and Dancing Hall (Natya Mandir) measured 60 metres and 20 metres in height respectively, so a bright, high resolution and reliable projection system is required to fill the large projection canvas. The team ultimately decided to deploy six Christie ® Roadster S+20K 3DLP ® projectors and two HD10K-M 3DLP projectors.

“Since this is a UNESCO world heritage site, we are not allowed to install the projectors within the compound of the temple,” said Sabharwal. “Another issue we faced was the angle of projection. The projectors had to be aimed at both structures in a manner that didn’t create a parallax effect for the viewers. On top of that, we had to overcome the challenge of the long throw distance, which was more than 110 metres away from the projection surface.”

The Tricolor team eventually nailed down the “sweet spot” for the outdoor deployment of the projectors. Bearing in mind the inclement weather conditions onsite, all eight projectors had to be housed in custom-designed “Warrior” enclosures where humidity and temperature can be remotely controlled.

In an attempt to make the show unique and different from earlier projects, Sabharwal embraced the indigenous art form of artists whose ancestors were responsible for the temple’s construction. Known as Patta Chitra, it is a general term for traditional, cloth-based scroll painting that originated from Odisha. In the Sanskrit language, “Patta” literally means “cloth” and “Chitra” means “picture”.

“I embarked on a very interesting experiment of using Patta Chitra for the projection content and tracked down these artists to a village and gave them a crash course on how to create art for mapping the temple. They were familiar with the history, and the use of Patta Chitra for storytelling became a huge success.”

Interestingly, this is also the first light and sound show in India where headphones are used. The team was advised by the Archaeological Survey of India to use headphones instead of speakers for the narration as the sound might have an adverse effect on the shrine.

“Since audio equipment cannot be installed within the premises, and keeping in mind the visual sanctity of this heritage monument, we created a stereo solution beamed to the headphones of visitors. It synchronised well with the visuals as the audio is personalised, and users can select from three available languages,” said Sabharwal.

The show was inaugurated by Odisha’s Chief Minister Naveen Patnaik in September 2017 to much publicity and fanfare. All guests were enthralled by the visual spectacle, with Director of Odisha’s Tourism Department Nithin B Jawale describing the show as “Oh you beauty!” on social media.

The endorsement by government officials brought much joy and relief to the Tricolor India team, who had toiled for four months to bring this show to fruition. Sabharwal commented, “The Christie projectors blended seamlessly in terms of colour matching and brightness to improve the overall experience of the show, even though two different projector models were used. We’re very pleased with the contrast ratios required to perform on a structure with an irregular texture like this.”

Featuring a Xenon illumination, HD resolution and 10-bit image processing, the Roadster S+20K delivers big, bright, edge-blended images from the smallest form factor available at greater than 20,000 ANSI lumens. The highperformance HD10K-M has an output of 10,000 ANSI lumens and comes with embedded warping, blending and colour matching, along with built-in portrait capabilities for greater installation flexibility.

Since its inauguration, the temple has welcomed thousands of pilgrims and tourists from India and overseas every day for the animated show after sundown. Playing nightly, each session has a sitting capacity of 250 people.

“We congratulate Himanshu and his team for accomplishing yet another amazing feat with the spectacular light and sound show at Konark Sun Temple using our Roadster and M Series projectors, which are designed to withstand the rigors of outdoor use,” said Michael Bosworth, Executive Director, Head of Enterprise, Christie Asia Pacific. “Kudos to the team for their ingenuity in overcoming the challenges faced on-site, and the excellent use of Patta Chitra in producing a highly engaging visual experience for the audience.”

Reflecting on the project, Sabharwal added, “Through our involvement in this installation, we have matured even more in handling a heritage site, and evolvement in the use of technology. It made us realise that adding local flavour to the content can ignite a light of hope in the future for dying art forms like these.”