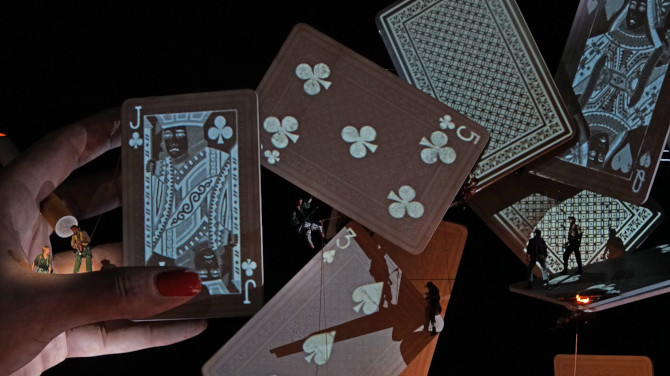 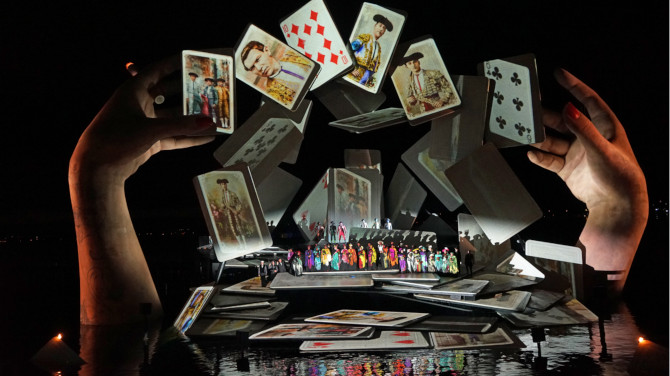 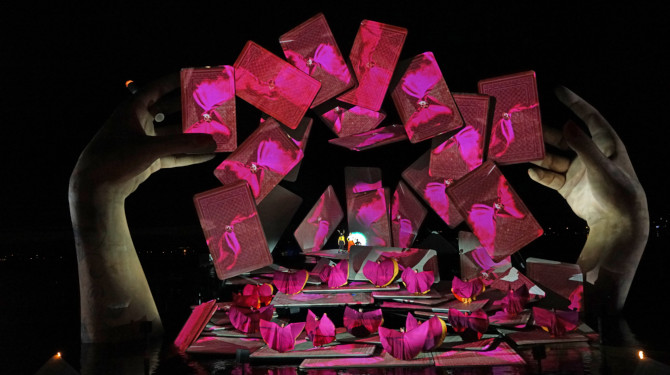 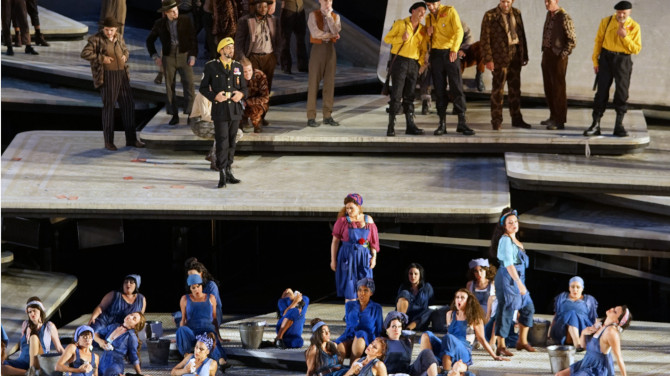 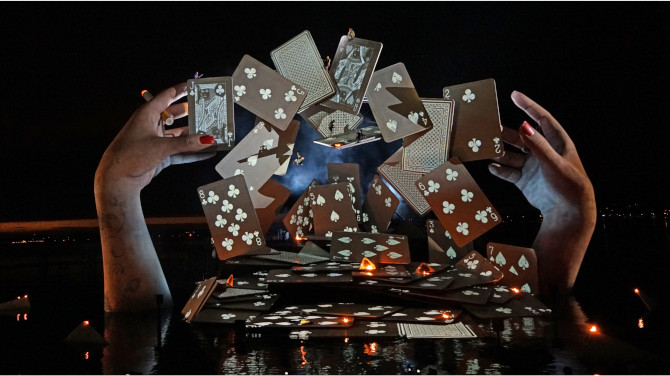 What do James Bond and Carmen have in common? At first glance, not a lot - yet both already knew how to make full use of the unique scenery of Bregenz Seebühne. The largest lake stage in the world set in the waters of Lake Constance in Bregenz, Austria, is the star of Bregenz Festival which takes place in July and August every year. The 'Opera on the Lake' has been attracting aficionados of culture and opera to Bregenz in the summer months since 1946. The tribune offers space for just under 7,000 spectators; the lake stage was awarded the title of largest lake stage in the world.

The pioneering opera productions with breathtaking stage designs and the innovative use of state-of-the-art technologies made the Bregenz Festival known far beyond the national borders over the years. Indeed, it became so well-known that the makers of the 2008 Bond movie 'A Quantum of Solace' integrated the giant blue eye that served as the stage design for Puccini's 'Tosca' in the 2007-2008 programme into the movie – including some scenes of the actual opera performance.

For the premiere of Georges Bizet's 'Carmen' in the 71st year of the festival, the producers settled on a no less impressive projection mapping. Four Christie® Boxer 4K30 and two Roadster HD20K-J projectors threw pin-sharp images onto the 62 playing cards of the stage design. For 'Carmen' in the 2017-2018 season, produced by Kaspar Holten, former Director of Opera at the Royal Opera House in London, two colossal female arms rise from the water and throw a set of playing cards into the air.

The cards are reshuffled

The elaborate stage design was created by British artist Es Devlin, who had already worked with pop stars such as Adele and U2, and who was responsible for the closing ceremony scenery at the London Olympic Games. She claims to have been inspired by the scene in which Carmen reads her terrible destiny in the cards. Playing cards form not just the scenery, but also the floor of the stage made of interlaced playing cards, on which a team of singers, dancers and acrobats turn Bizet's best-known opera into a unique spectacle, accompanied by fireworks.

Each one of the cards, measuring around 4.3 by seven metres, acts as an individual projection screen. A total of six high-intensity Christie projectors were able to provide projections for the whole stage set. "At the time we already had two Christie Roadster HD20K-J projectors and were looking for whatever would best complement them in order to meet these technical demands. With four Christie Boxer 4K30 machines as well, we found exactly the right set-up," explains Markus Holdermann, Deputy Director of Light at the Bregenz Festival.

All the projectors had to combine to create one unified overall image. There could not be any significant differences that would disrupt the integrity of the set design's effect. In addition, the images had to remain absolutely pin-sharp even over the huge 60-metre distance between the lighting tower and the lake stage. This called for the 30,000 ANSI lumens delivered by the Christie Boxer 4K30. The projectors and the media server used were supplied by publitec, a specialist in the sale and rental of high-quality event technology. Holdermann says: "publitec has shown itself to be a capable and reliable partner."

The projectors were set up in projection rooms in the production zone and distributed throughout the entire set. Various animated images of playing cards are projected, as well as pictures of toreros and a bullfighting arena. There were also live images of the singers, recorded by two live cameras and a remote camera. "This meant we could show the various scenes without major changes to the set, as well as bringing individual arias closer to the audience, to make them more effective," explains Holdermann.

The individual, 3D arrangement of the cards would mean they could be viewed from a great number of different angles. The dramatic effect that resulted could only be achieved by total precision from the operators at the projectors. "There are over a hundred cues over the whole production. They not only have to come at the right time; they also have to be directed precisely at the cards," adds Andre Groß product manager at publitec.

Modern LED technology, which is used in many stage designs, was out of the question in this case. "A homogeneous overall image, particularly a soft one, where the cards look from every angle as if they've been painted, can only be achieved with projection," confirms Holdermann. Groß sees it the same way: "Another decisive thing here from a technical point of view is the angle from which it's going to be viewed - LEDs don't work at certain angles of inclination, and the playing cards on the stage are all tilted in different directions."

Perfection on, in and under the water

A special challenge for the technical team were the sometimes adverse weather conditions – such as at the premiere in summer: rain was announced and the storm warning lights were flashing on the lake. "The stage is warping when exposed to sun, moisture and wind," says Holdermann. The image adjustment of the projection was one of the particular pitfalls.

Andreas Flemming, CEO of publitec, explains: "The Christie Boxer 4K30 is perfectly suited to such a demanding undertaking due to its compact size and low weight, and most importantly its robustness." In addition, its intuitive operation and simple adjustment options ensured that the operators behind the scenes were always masters of the situation.

Incidentally, the projectors themselves were supremely unaware of the ever-changing weather: "Luckily we were able to place the projectors in our projection rooms, so they weren't exposed to the weather conditions," Holdermann explains.

In any case, the premiere was not a wash-out. The singers, including 'Michaela', who sings her aria from 15 metres up; the ballet dancers, performing ankle-deep in water for reasons of production; and the stuntpeople, abseiling down from the highest cards drew the audience under their spell. Appropriately enough, in this production Carmen is not stabbed to death by Don José, but drowned in the torrents of Lake Constance.

This may be too spectacular for some opera purists, but it went down well with the audience and they held out despite the rain on the evening of the premiere. "We have been able to record a very successful season and were sold out even before the premiere. A stage set of this scale, in a naturalistic design, is particularly effective, and the transformations it undergoes thanks to the projections make for an unforgettable experience," smiles Holdermann.

And 'Carmen on the lake stage' is set to be resurrected in 2018, probably with just a few minor changes. "We were able to bring the concept to life in the best possible way. As regards light and multimedia in particular, the result was a total success. In my view no major changes are needed," concludes Holdermann.