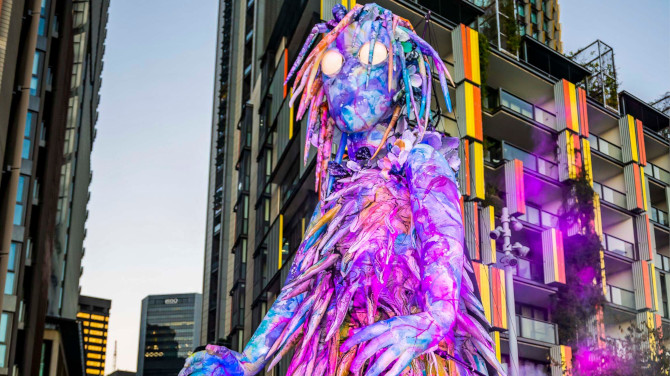 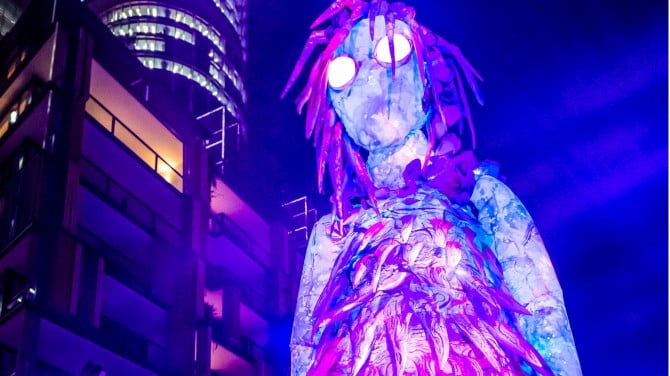 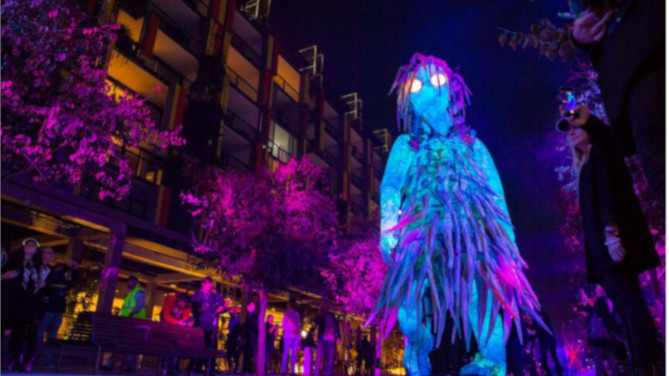 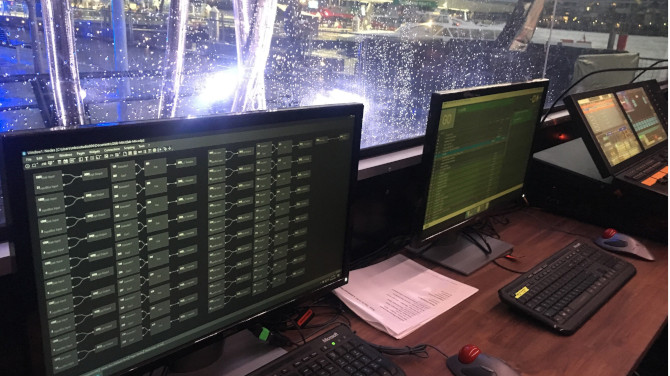 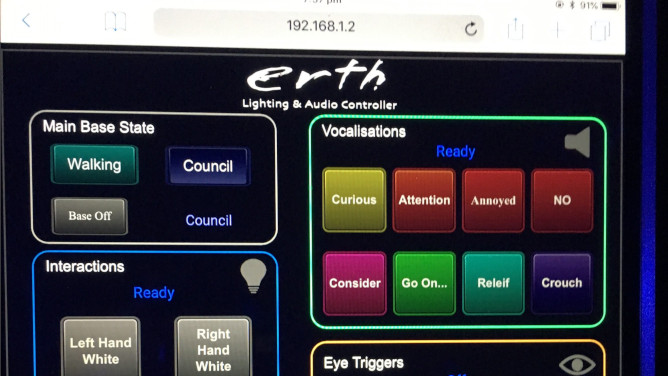 What would it take to transform Wulugul Walk in Sydney’s Barangaroo precinct into a magical bushland? Many would dismiss it as a tall order. But this daring idea was brought to life with dramatic lighting and mesmerizing puppetry during Vivid Sydney 2018, an annual festival of light, music and ideas. ​

“The Liminal Hour is quite unique for Vivid Sydney as it’s more than just an installation piece that can be viewed, it’s also an experience to be a part of,” said Clint Dulieu, Technical Designer, Mandylights. “The precinct combines both the Marri Dyin puppet wandering the site and individual intimate moments between the puppet and spectators alike. In addition, we have several moments which incorporate the precinct’s tower lighting and audio features with integrated elements within the puppet to create a large-format spectacle.”

The project was commissioned by the Barangaroo Delivery Authority to showcase a unique creative program to share the stories of the Barangaroo precinct and celebrate the femininity of the site’s namesake. Mandylights was responsible for the lighting design of Marri Dyin, including 350 internal LED lights that were wirelessly controlled and triggered from both an onsite iPad and an external lighting control system.

The backdrop for the show included 48 custom-made moving lights atop themed truss towers that dramatically illuminated the site in a series of stunning sequences. The company also supplied audio design, show control and a unique control shipping container fully outfitted for onsite control.

Among the technologies used for the show delivery was a pair of Christie® Pandoras Box Widget Designer, an advanced control surface creation framework that allows the creation of dedicated user interfaces and interaction logic by connecting visual control components.

“It was essential that both lighting and audio appeared organic and fluid, and transitions between cues and tracks had to be seamless regardless of where we were coming from or going to. This meant that we needed much more than canned show replay, and to have a nice front-end for the cast members. We had therefore chosen Widget Designer as it enabled me to customise a front-end interface that gave the puppeteers from Erth everything they needed,” said Dulieu.

The first Widget Designer was used for the main control engine within the puppet itself and was actually installed on-board in a custom system that was built into a waterproof case. The second Widget Designer was deployed in the main control room and served as a bridge taking in cue commands from QLab show control, and outputting to the GrandMA2 lighting control system via telnet.

A unique approach to control and integration

According to Dulieu, The Liminal Hour required a unique approach for control and integration. This meant that the Marri Dyin puppet had to be delivered as both a standalone entity, with on-board control and remote interactive triggering by the puppeteers, as well as having the ability to integrate it with the overall site lighting, audio and show control as one cohesive element, and mix and match the two, almost at will.

Given that this was the first time that such a complex show was executed, it brought about several challenges to both Mandylights and the Erth teams. Firstly, they had to develop new control possibilities for Widget Designer. This was accomplished by changing nodes and scripting without making huge changes to the system.

The second challenge was the wireless environment of the site itself. Barangaroo has over 70 high-power wireless networks in play in some places. Managing all these networks was a complicated task to navigate and obtain control from the main system to the puppet.

“To reduce the possible issues of dropouts and thus missed TCP-based cues, we are instead sending wireless DMX triggers to the on-board MA2 controller. In turn, the Widget Designer is listening directly to MA2 Net to trigger scripts. In this way, if we have a dropout, the trigger is picked up as soon as we regain connectivity,” Dulieu explained.

Despite the challenges, the project teams managed to overcome the onsite issues to deliver an outstanding show that was well received by both the media and members of the public. Praising the teams for a job well done, a Vivid Sydney official described The Liminal Hour as “the natural and collaborative way everybody came together to create this contemporary spirit”, noting that the gigantic Marri Dyin puppet aptly embodied the physicality and the philosophy of the land she inhabits.

“At Mandylights we’re extremely happy with the outcome of this project. We have delivered an entire precinct to great response from the audiences each night with all technical elements working perfectly for us each and every night,” said Dulieu. “We also had great response from all stakeholders on the project and more importantly, the amazing feedback we’ve had from both public and press speaks for itself.”

Singling-out the Widget Designer as one of the technology tools that contributed to The Liminal Hour’s success, he added that it was great being able to work directly with the software support team at Christie to get solutions, fast. “Widget Designer enabled us to achieve a control solution that not only filled all of our specific requirements from the technical side, but whilst doing so did not in any way limit the artistic needs of our puppeteers which is quite the challenge.”

Michael Bosworth, Executive Director for APAC, Enterprise, Christie, commented, “We’re delighted that the award-winning Christie Widget Designer has played a significant role in the staging of The Liminal Hour. We congratulate the project teams, in particular Clint and his team from Mandylights, for delivering a spectacular show with Widget Designer, which provides a complete customizable control interface solution for the end user that no other systems on the market can offer.” ​