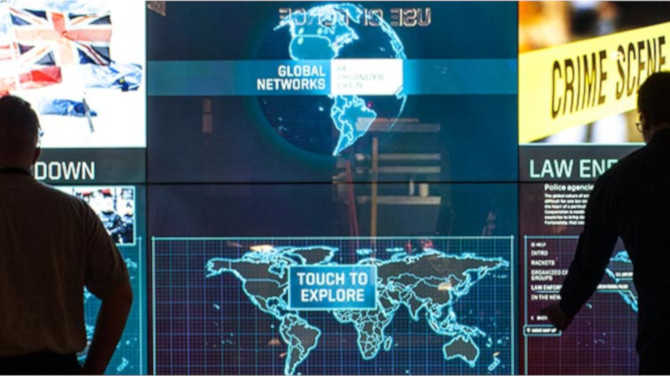 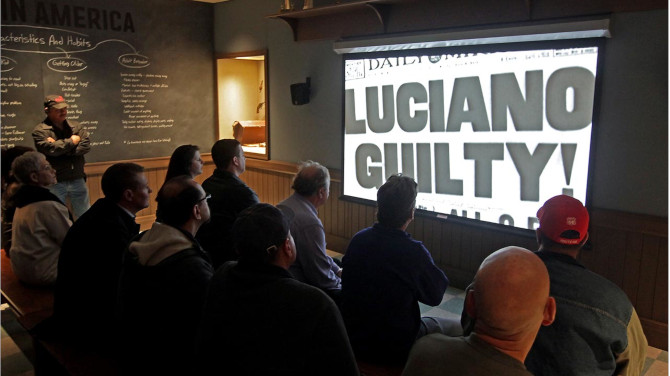 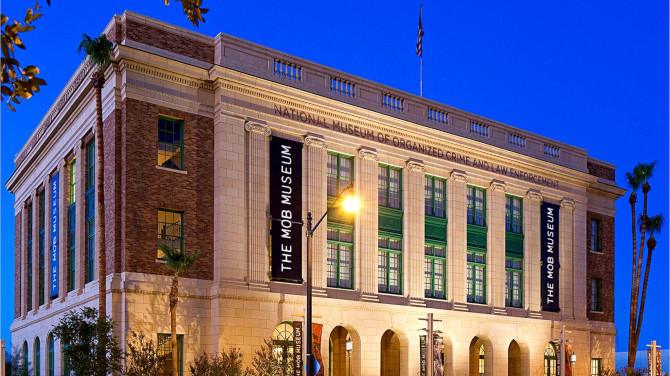 When you’re The Mob Museum, how else do you choose new projection technology but with a shoot-out?

A projector shoot-out, that is.

First open in February 2012, the National Museum of Organized Crime and Law Enforcement (known as The Mob Museum) in Las Vegas is a non-profit museum with a mission to advance the understanding of organized crime’s history and its impact on American society. For The Mob Museum, it’s important to do this in a tasteful and educational way that doesn’t glorify crime.

“We want it to be thought-provoking,” says Ryan Markus, Director of Technology with the Mob Museum. “I want to entice guests, whether it’s with a gun-simulation or an interactive touch screen. I want to entertain them. But when they leave, I really want them to walk away feeling they learned something they didn’t know before.”

When it was time for upgrades, Markus wanted to make sure they had the right technology. “Technology is a great asset to educate people,” he says. “But it’s how you use technology that’s key. You can’t have walls of touch screens everywhere. We use technology to make that experience the best we can.”

For The Mob Museum, finding technology to meet their needs was the real challenge. “We had a list of ten criteria,” says Markus. “It went from lumens to color quality to image quality to compatibility.”

On the top of their list? Low-maintenance projectors with long illumination system life spans. As a non-profit that operates from 9:00 am to 9:00 pm, 365 days per year, replacing their dual-lamp projectors with new lampless and long-life laser technology was a key requirement.

With their location in the former U.S. Post Office and Federal Courthouse, finding the right sized projectors was key.

“We run into challenges because we’re an historic building,” explains Markus. “When we need to do something like add a projector, we have to go to the Historic Preservation National Park Service to get permission to drill through a wall.”

An ‘old-school projector shootout’ helped determine which technology would best meet their requirements. The clear winner? The Christie® GS Series​ 1DLP® laser projector. “The Christie laser projector stood out to us in terms of quality, brightness, saturation and the blacks were really black,” explains Markus. “It fits what we needed, perfectly.”

When they compared Christie 1DLP laser projection to others, the Museum quickly discovered that Christie outshone the competition.

Choosing laser projection instead of lamp-based or LCD means The Mob Museum no longer needs to worry about the monthly cost of new bulbs or projector maintenance in their high-usage environment.

Combined with Christie’s industry-leading warranties, laser projection offers the museum the value it was looking for.

“The Christie projector’s illumination system has a lifetime of 20,000 hours, which is great for us,” says Markus. “I’m pleased I don’t have to worry about the bulbs or filters for several years.”

With a footprint that’s ideal for smaller spaces, Christie’s laser solution integrates perfectly into the museum.

“Everything went smoothly. We had to change some mounting brackets, but most of this was a direct replacement,” says Markus of the overall installation.

As a relatively young museum, The Mob Museum gets great reviews. The New York Times calls it “A Must for Travelers.” USA Today names it among the “12 can’t-miss USA museum experiences”.

“We want to ensure we give guests the best experience. We want to educate them and we want them to have fun,” says Markus.

“Our content is incredible,” describes Markus. “It’s so bright, it’s so detailed and it just looks great.”

But The Mob Museum isn’t ready to rest on its laurels. These upgrades are just one part of their plans to continue to improve and expand the Museum, all while presenting visitors with amazing exhibits.

One of the latest? A 17-foot-wide interactive video wall made up of 8 x 55” Christie Ultra Series​ LCD panels powers the “Organized Crime Today” exhibit. Museum attendees using the wall learn about the world of modern crime syndicates—who are involved in crimes such as money laundering, drug cartels, data breaches and political hacking—and discover how law enforcement is fighting back.