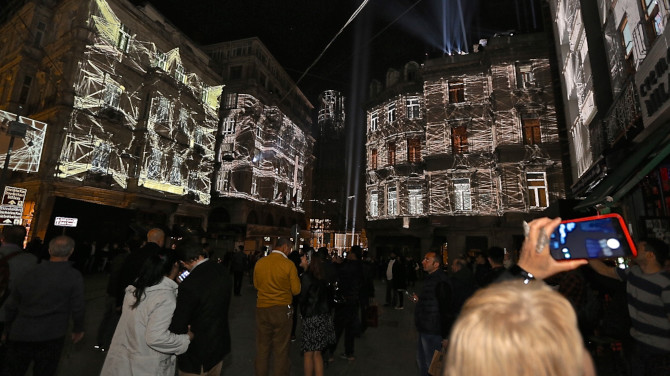 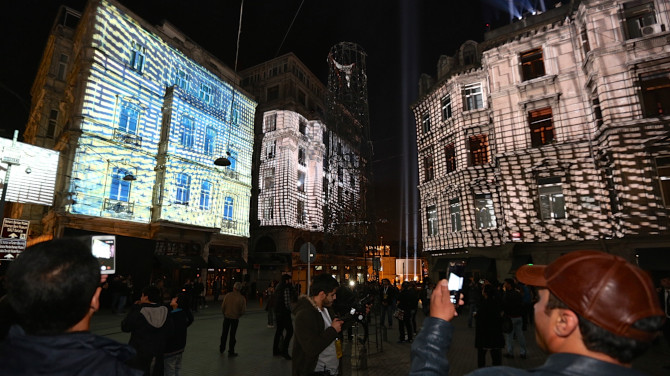 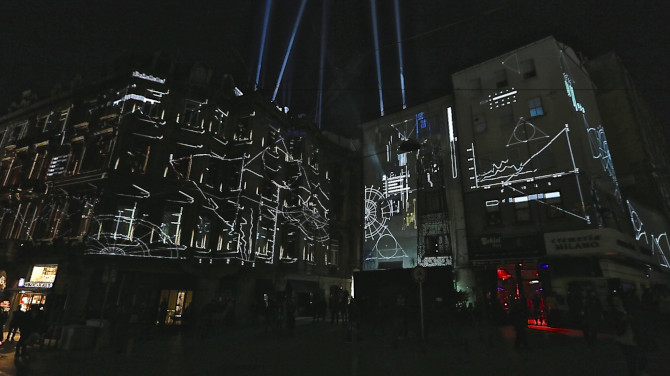 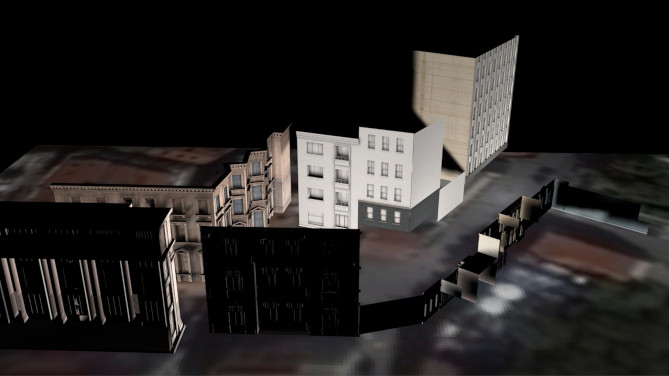 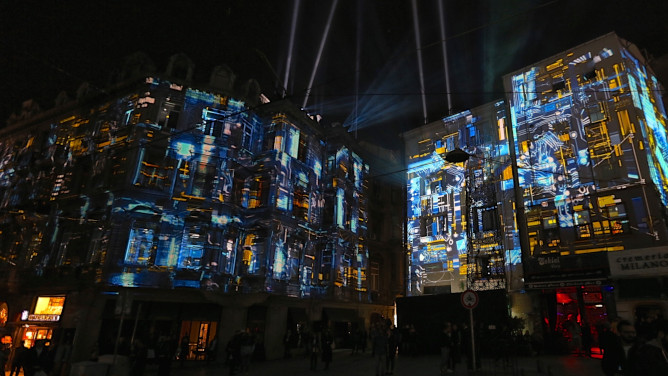 In just a few years, projection mapping has gone from impressive to spectacular. Originally a 2D format dedicated to transforming building facades and other large surfaces, some of the latest projection mapping examples are fully immersive 3D productions that transform not just a single building, but multiple sites simultaneously, using custom 3D video artworks, motion graphics and animation. This combination of projection technology and compelling content has forever changed what is possible for anyone looking to create excitement and buzz around such events as a building opening, award ceremony or special anniversary.

Product and new service launches are also an ideal occasion to let the imagination run wild, and when Turkcell, Turkey's leading mobile network operator launched its 4.5G service across the country, the imaginative shackles were off. The event used Istanbul's historic Tunnel Square in Taksim as a backdrop with the 'canvas' comprised of sixteen different buildings with a surface area of almost 3000 square metres in total. Powered by thirty one Christie projectors installed by Visio-Vox, a local systems integrator, and with compelling content created by B'Event, the breath-taking experience was seen by half a million visitors, with a national TV audience of millions also tuning in for a 12 minute live broadcast segment.

For Bulent Tuncay of Visio-Vox, Christie projection technology was the perfect choice for the project: "While we were delighted to be selected as a partner for the Turkcell 4.5G, we were also a little daunted by the prospect as this would be the highest profile, as well as the biggest projection mapping project we had ever been involved in. The sheer size of the project presented many logistical and creative challenges but our previous experience of working with Christie meant that our choice of projection partner was never in doubt. It was just a matter of choosing the right Christie models from the portfolio to make sure we met the technical challenges while delivering an unforgettable audience experience."

The Christie Roadster HD20K-J was the mainstay of the projector installation with a total of fourteen units delivering the superior performance, high brightness and the crisp, clear images for which this Xenon-equipped 3-chip DLP® projector is justly renowned. The integrated Christie Twist® capability was also a key benefit as this allowed the creative team consisting of Ouchhh and Fikirbazzenger to collaborate with Visio-Vox on the technical details of the mapping show.

There was a six day build-up to the event during which Bulent and his team installed the Christie projectors and over 6500m (4 miles) of cabling. The projectors were arranged in DoubleStack, TripleStack and QuadStack and a liquid cooling system ensured efficient thermal performance of the installation. Six different lens types were used including a 0.67:1 which allowed some of the extra-large images to be projected from a short throw distance. Dataton Watchout multi-display software was used for all image mapping and processing.