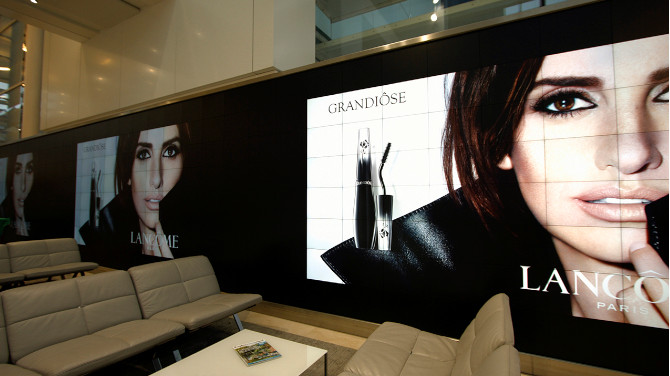 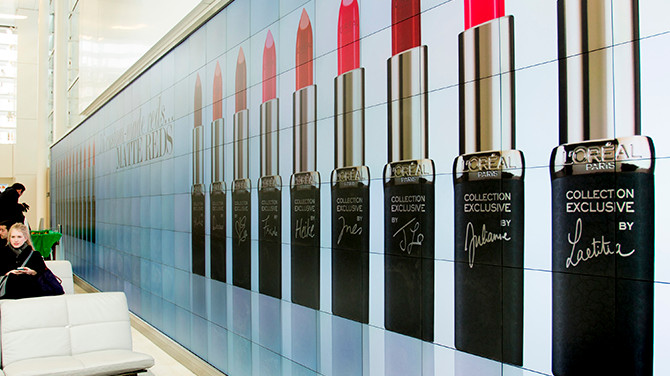 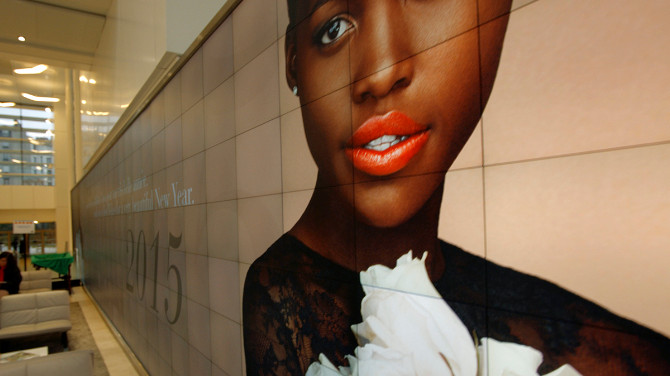 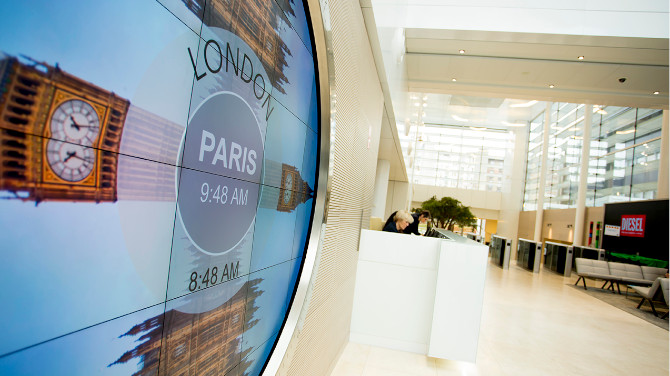 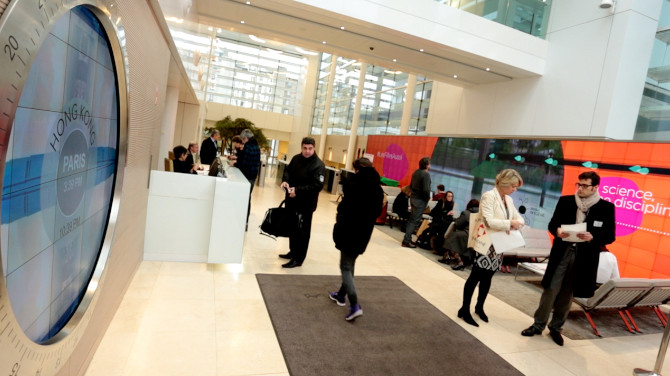 As the world leader in beauty, L'Oreal uses amazing product images as well as beautiful photography of celebrities, such as Penelope Cruz. So, when the company redesigned its huge, bright, marble lobby at the global headquarters in Paris – to include a stunning display wall that was both corporate tool and brand driver - image quality was, of course, paramount. L'Oréal entrusted this major real estate project to Wilmotte & Associés with the Group was looking to create a visual environment to reflect its strategy and its level of excellence. Christie MicroTiles were the only solution to meet L'Oréal's requirements and technical constraints and, as we shall see, extra processing power was cleverly used to achieve the highest native resolution MicroTiles wall in the world – higher than HD in fact.

L'Oréal has a presence in 130 countries on five continents and a unique history in the beauty industry that goes back over a century. The Group has a world-renowned portfolio of international brands covering all lines of cosmetics, including hair care, coloring, skin care, make-up and perfume. L'Oréal has based its Research and Innovation strategy on a global platform in six regional poles (Europe, United States, Japan, China, Brazil and India), which incorporate research activities in a bid to gain an insight into the beauty habits, needs and preference criteria of local populations.

The awe-inspiring wall display features 312 tiles (39 across and 8 high) and is the highest MicroTiles native resolution display in the world. "We achieved this using three times the usual number of ECU's (electronic control units)," explained Gilles Prigent project manager at Axians. "We used 52 ECUs (one unit every six MicroTiles). So more than HD resolution is sent to the MicroTiles. As a result, this wall offers an unrivalled pixel pitch of 0.5mm across the entire surface and allows content designers and creators to achieve a definition of 121,080,960 pixels!"

This of course is good news for content providers. Brand image and design consultancy Piaton & Associés masterminded the design for the communication tools, and the content is created by various agencies including communications agency Phénomène.

Furthermore, Labeyrie & Associés, a consulting and engineering firm specializing in audiovisual and multimedia installations and stage equipment, was entrusted with the technical design and management of the wall project. The teams at Labeyrie & Associés began testing screen and tile prototypes in the early stages of the invitation to tender with L'Oréal, which prompted them to select the Christie MicroTiles solution for its superior picture quality, sparkling colors and the most realistic black levels on the market.

The MicroTiles colors are not affected by brightness - which would have been a deal-breaker in L'Oréal's extremely bright entrance, with large picture windows allow daylight to stream in. In addition, tiles are only 26cm thick, meaning that they blend seamlessly into the entrance's architectural design.

L'Oréal also used MicroTiles in the lobby to create a world clock – cleverly encased in a circular wooden frame. The screen comprises 5 x 6 MicroTiles with a total of 5 electronic control units. The clock has been placed on the wall opposite the giant wall display and shows the time in several of the world's major cities.

In addition to the quality of the images displayed and the eye-catching rendering in the entrance, L'Oréal was also won over by the ultra-thin bezels between the tiles which ensure a more seamless image. Consequently, visitors are immersed in the image. Importantly, in a lobby area, even when standing next to the screen, the picture quality is incredible due to the native use of tiles, offering maximum pixel resolution.

Finally, Christie France trained and supported the teams at Axians, a European leader in integrating global corporate communication solutions, who were responsible for installing the MicroTiles wall and overseeing maintenance. Axians fulfilled L'Oréal's requirements, especially by concealing all the hardware for the wall. As such, the technical control center is over 50 meters from the wall thanks to a specific network for transmitting the signal and delivering seamless images with up to 50 frames per second. The Watchout solution is being used to manage and stream images. Each tile has been incorporated into Watchout for updating and maintenance.

MicroTiles walls have also been installed at L'Oréal's sites in the United Kingdom and Germany.

Giving you the freedom to show, tell, delight and engage.