Awakens the force of DCI audio at “Star Wars” premiere 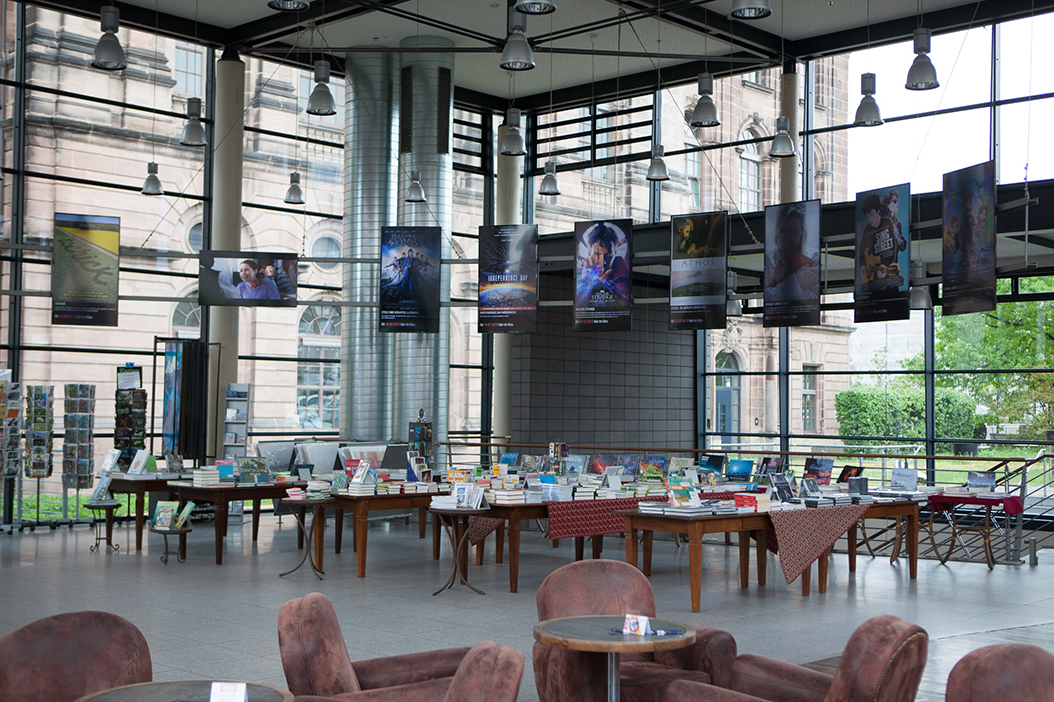 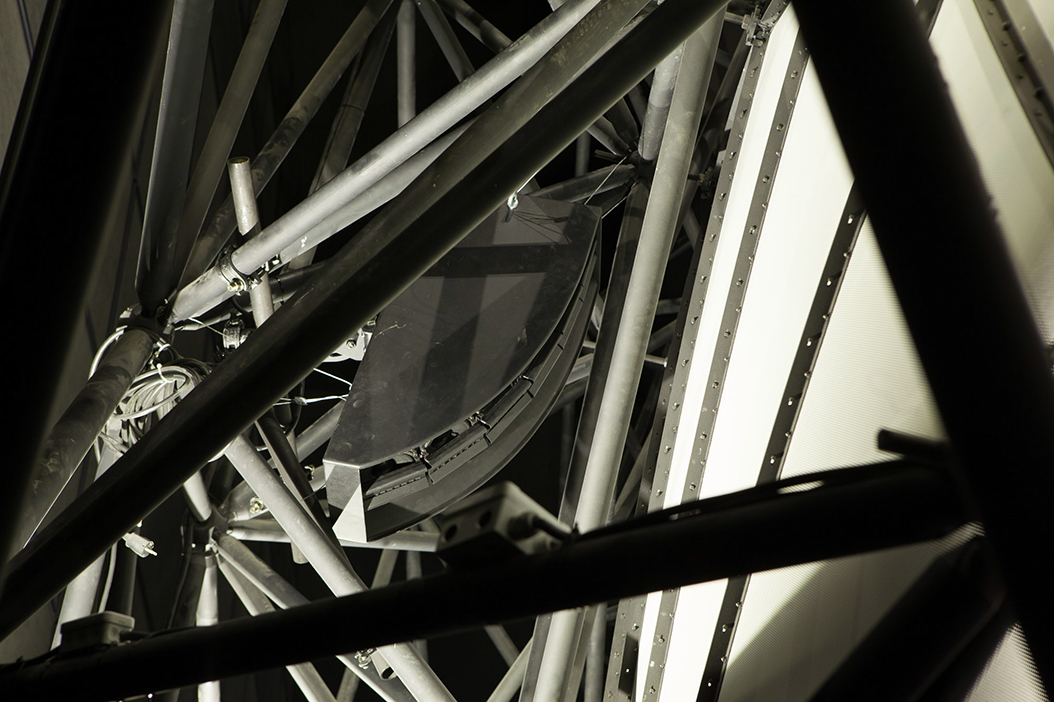 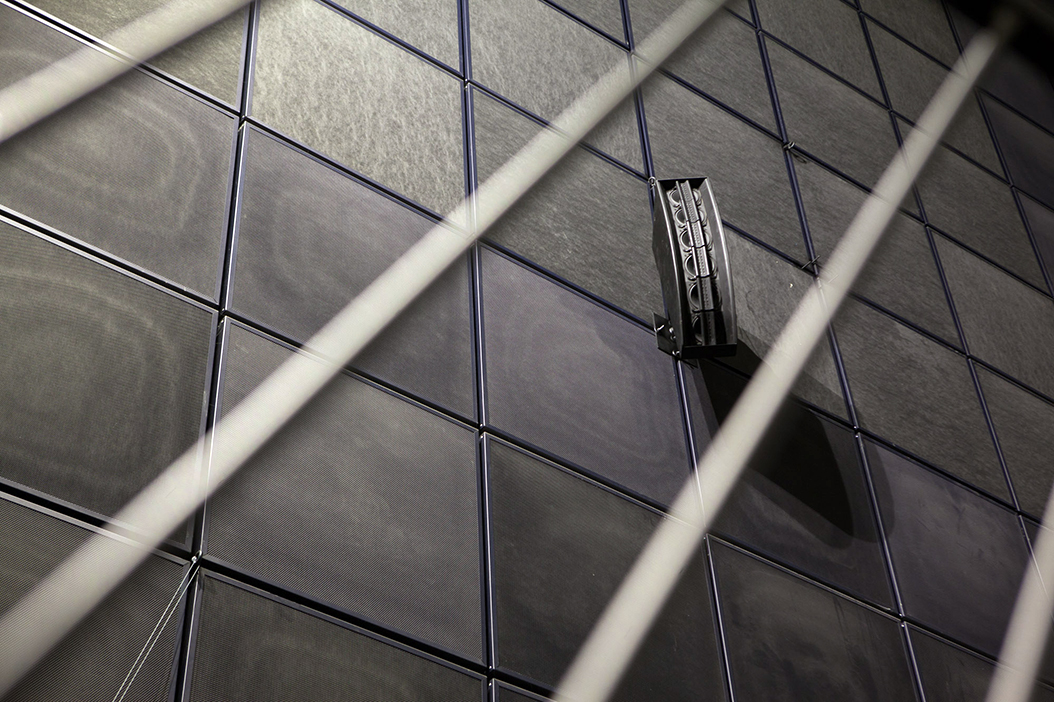 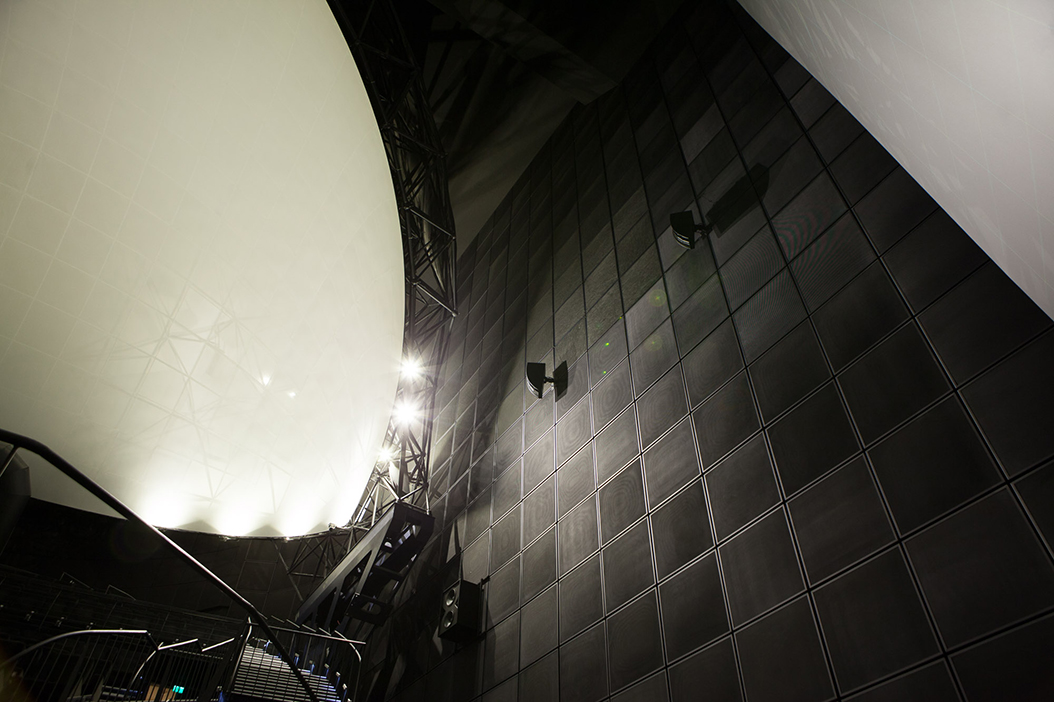 To coincide with the opening of "Star Wars: The Force Awakens" , a Christie® Vive Audio system was installed in the Cinemagnum, the former IMAX® screening room at Cinecitta, Nuremerg – become the largest Vive Audio install in the world.

The impressive Cinemagnum auditorium is located deep beneath Nuremberg's old town, and is the largest of the 22 theatres in the Cinecittà cinema complex. The Cinemagnum theatre itself is 31 metres wide, 25 metres high and 35 metres long; with a 30-tonne domed screen construction. To top it all, it features Germany's largest cinema screen at 600 m².

In December 2015, the theatre was upgraded with Dolby Atmos™, along with an extensive range of Christie® Vive Audio™ speakers and amplifiers. Christie partner Ecco Cine Supply and Services GmbH (Ecco) from Hilden, Düsseldorf, was responsible for the design and implementation.

Unlike standard speakers often used in cinemas, Vive Audio speakers use ribbon driver technology providing smooth, even audio coverage throughout the auditorium. It has been designed to increase the optimal listening area up to four times over conventional compression driver-based audio systems. Speech, effects, music and alternative content sound more natural and lifelike for an enhanced listening experience that audiences notice.

The enormous Vive Audio installation with a total of 64 speakers covers the complete range of Christie LA5 speakers for the stage, surround and ceiling (LA5, LA5S, LA5C) and the subwoofer models S215 and S218.

Chris Connett, Market Development Manager for Christie Vive Audio in EMEA, explains: "Our 6" ribbon driver technology, which is used in all the LA5-series speakers, provides optimum sound coverage for the entire room and means acoustic colour can be ideally adapted. This achieves perfect sound in each of the 524 seats in the screening room. Every seat becomes the best seat for sound"

In addition to the LA5 speakers, eleven CDA5 amplifiers were used, each one with 5,000 Watts, or 7,500 Watts in the case of the CDA7.5 amplifiers used. Wolfgang Burkhardt, Project Manager at Ecco responsible for planning and installing, says: "Summing up the 11 CDA5 and 21 CDA7.5 amplifiers, means we've built in an amazing performance of 227,500 Watts!"

"With the dimensions and space in the room, we needed to address several challenges during the design process," says Chris Connett. "One of these challenges was enabling the domed ceiling to continue changing position, while still ensuring the sound from the line array gave excellent coverage to every seat. Getting this right was challenging, even for me, after 16 years working on cinema sound installations."

It was also quite challenging for the on-site technicians: The overhead surround speakers needed to be installed on the ceiling dome, which is 25 metres above ground at its apex. "This was only possible using alpine climbing technology," says Burkhardt. The front speakers were installed 15 metres high, and the 16 S218 subwoofers for the LFE channel had to be built onto a platform that is 5.20 metres high, behind the cinema screen.

What made matters even more difficult was that the old speaker system had to be dismantled and the new speaker system assembled despite the built-in screen. "Due to the enormous size of the screen, 29 x 18 metres, the narrowest space behind the screen was just 1.20 metres," says Burkhardt.

Thomas Rüttgers, Managing Director of Ecco Cine Supply and Services GmbH, adds: "We are just delighted to have been a partner in this reference project. The Christie Vive Audio system emphasises the atmosphere of this unique auditorium and makes the cinema experience even more valuable for every single audience member."

With the new equipment for "The Force Awakens", Wolfram Weber, owner and operator of Cinecittà, stepped up again: "We're always working to offer our visitors something special. For us, this means showing premium content using state-of-the-art technology."

The premiere of the sound installation during the Star Wars box-office hit was a total success, as Benjamin Dauhrer, Chief Technical Officer of the Cinecittà, can confirm: "The Cinemagnum benefitted from the retrofit and made a very clear move up to first place in the popularity scale for the Star Wars screenings – even the morning screenings were often sold out."

"Cinemas must constantly reinvent themselves if they want to remain forerunners among the numerous entertainment facilities," Wolfram Weber concludes: "With Vive Audio combined with Dolby Atmos® and the new, high luminosity 3D dual projection that will soon be upgraded to a quad projection, the audience experiences a film in a way that's not possible at home – it is unique to the cinema."