Yin and Yang in time and space 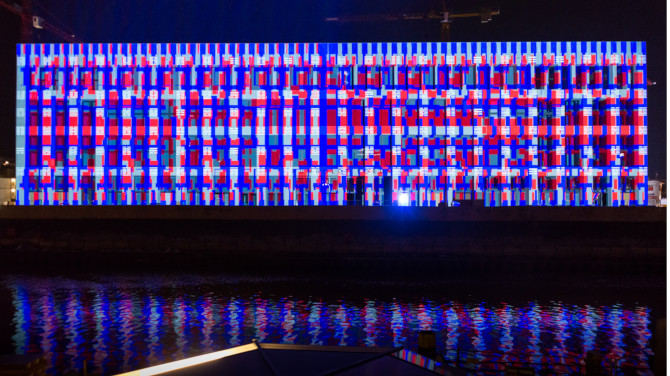 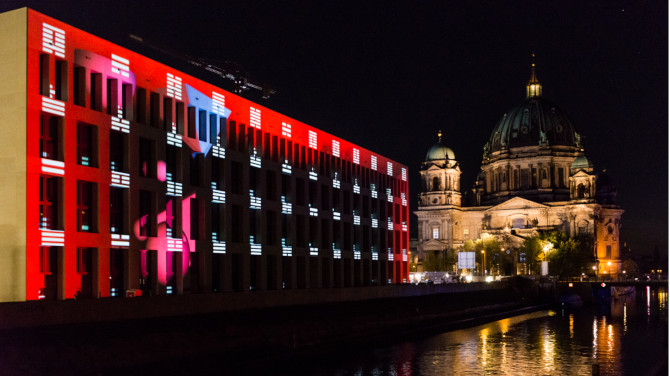 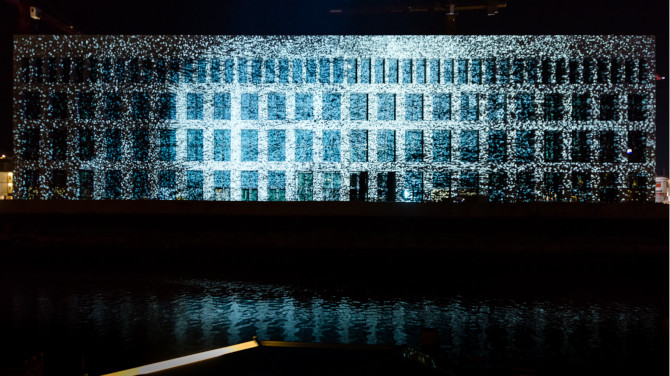 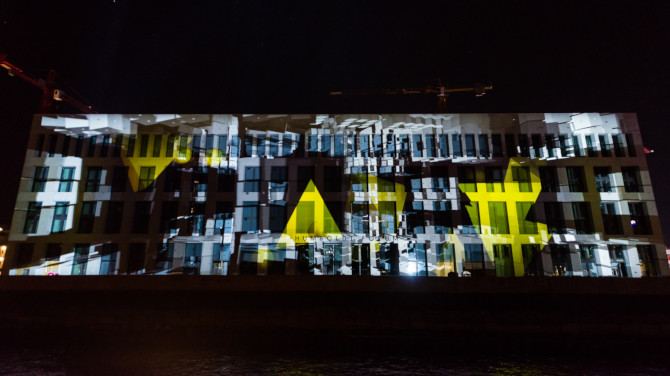 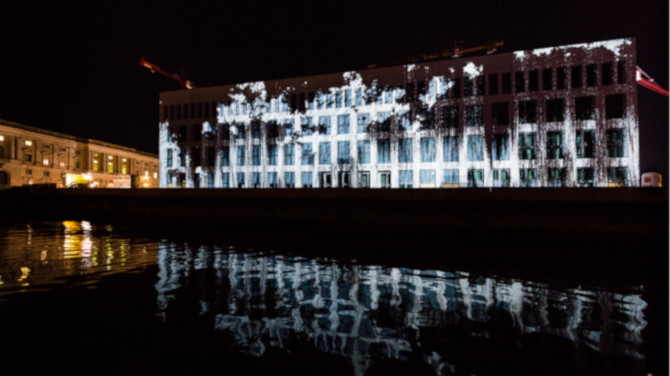 Yin and Yang in time and space

Yin and Yang - two opposing yet interrelated forces, neither of which can exist without the other. In Chinese Taoist philosophy, their intertwined nature is seen as a single whole – an eternal cycle.

As part of the Asia-​​Pacific Weeks initiative, Berlin-based Korean artist Chan Sook Choi exhibited her own unique perspective on this principle with her piece, "Yin Yang Su Wha" (Yin and Yang, Water and Fire). Choi, whose work inhabits the space between performance and installation, video and photography, used the ancient Chinese universal teaching of Yijing to explore the hidden flow of energy at the site of the Berlin Palace. The results – a representation of the energy of Yin and Yang and the five elements (water, wood, fire, metal and earth) – were projected onto the eastern facade of the palace itself.

The historic Berlin Palace (Berliner Schloss or Stadtschloss) once dominated the skyline of Berlin's historic city centre. During the Second World War, the palace was more or less completely burned to the ground, and in 1950 the East German government decided to knock down the remains and build a new gathering space – Marx-Engels Square – for large-scale demonstrations. This destruction of cultural heritage received widespread international criticism at the time. On 12 June 2013, the cornerstone of a new palace was laid on the original site. Plans for the rebuilding include reconstructed baroque facades and sections of the original city palace. The building complex is also home to the Humboldt Forum, which is due to open its doors on 14 September 2019.

With her spectacular projection mapping on the east facade of the Humboldt Forum, Choi invited visitors and passers-by to reflect on their relationship to a specific place and its history, with the stunning atmosphere providing a lens through which they could see the construction and transformation of the palace from an Asian perspective. Using the electro-magnetic movement of 129,600 photons, the artist converted the energy released at the site into a digital algorithm, which was then projected onto the facade of the palace. A total of six Christie® Boxer 4K30 units were used for the projection.

Two Pandoras Box Quad Servers were used to play back the complex content: an ever-shifting flow of symbols moving vertically, horizontally and in circles over the entire 120 m width of the facade to create a 3,000 m² screen show of dots and lines, grids and nets, clouds and swarms.

"The symbols represent the process of becoming, transforming and fading away," explains curator Keumhwa Kim of Keum Art Projects, Berlin, who was responsible for the design and implementation of the project. The piece was designed to play with the way its viewers experienced space and time, creating atmospheric situations in which bodies were choreographed into changing, experimental arrangements. "We chose the east facade because it's the first part of the building to be hit by the rising sun," explained the artist, Chan Sook Choi.

It quickly became clear what technology was required for the project, recalls Christian Struntz of Christie partner zweiB GmbH, the technical service provider who assisted with every step of the project: "We chose the Christie Boxer 4K30 because it's the most powerful projector in its class. Thanks to its native 4K resolution, we were able to achieve the incredibly fine pixel structure that was crucial for depicting the fine elements of the projection, despite the challenges of the space and the width of the projection."

Its mapping flexibility and quick adjustment capabilities made the Pandoras Box Quad Server the first choice of playback solution: "We only had one night to prepare, and not much scope for adjustment once everything had been set up," says Struntz.

The units were installed in flight cases and mobile racks for mobile and temporary use in order to prevent them getting damaged during transportation. This also reduced the on-site set-up workload, as it allowed for better technical preparation in advance (cabling). As well as allowing scope for adjustment, the six Boxer flight cases also had power, infrastructure, control and network technology, various PCs and a back-up circuit with 100% redundancy all on board. Thanks to their years of experience with a variety of live events, zweiB GmbH understand the importance of thorough preparation when it comes to reacting quickly and effectively to unexpected problems.

After all, the technical implementation of the concept wasn't the only challenge – as Struntz explains: " Besides all the technical requirements and parameters, of course, with this kind of project you've also got to arrange the correct planning permissions and be in dialogue with the approval authorities and the local community. In this case, we had to take into account the needs and wishes of two large building sites: one at the Humboldt Forum itself and one at the U-Bahn [underground rail service] junction."

One of the main areas of dispute was the position of the projection towers. zweiB GmbH had to completely revise its plans for the towers more than once, as it proved impossible to reconcile the original position with the needs of the building site. Many different questions were raised in the efforts to resolve this issue: Could the playback be projected onto the blinds of the building? How would a certain angle of projection affect the way the shadows fell on the window reveal? And was the position of the projectors even feasible in the first place?

But by pulling together and negotiating carefully, the various crews and the artist were able to come up with a suitable set-up that worked perfectly. "When it comes to projects like this, it helps to have plenty of experience," says Struntz. The organisers were also happy with the result: "It's always a challenge to keep everyone happy when there's so many different parties involved. Right up until the end, you never know whether everything's going to work out how you want – but it did," says Ulrike Riebel. The Project Assistant reported that the experience of working with everyone involved in the project was extremely positive, and expressed her hope that it would lead to further opportunities in the future.

The programme was a joint event organised by the Asia-Pacific Forum at Berlin's Senate Department for Economics, Energy and Public Enterprises and the Embassy of the Republic of Korea in partnership with the Asia Culture Center in Gwangju, Republic of Korea, and ran until 18 May 2017. A book accompanying the project, entitled "YIN YANG SU WHA, CHAN SOOK CHOI" (ISBN: 978-3-00-057630-0) has now also been released.