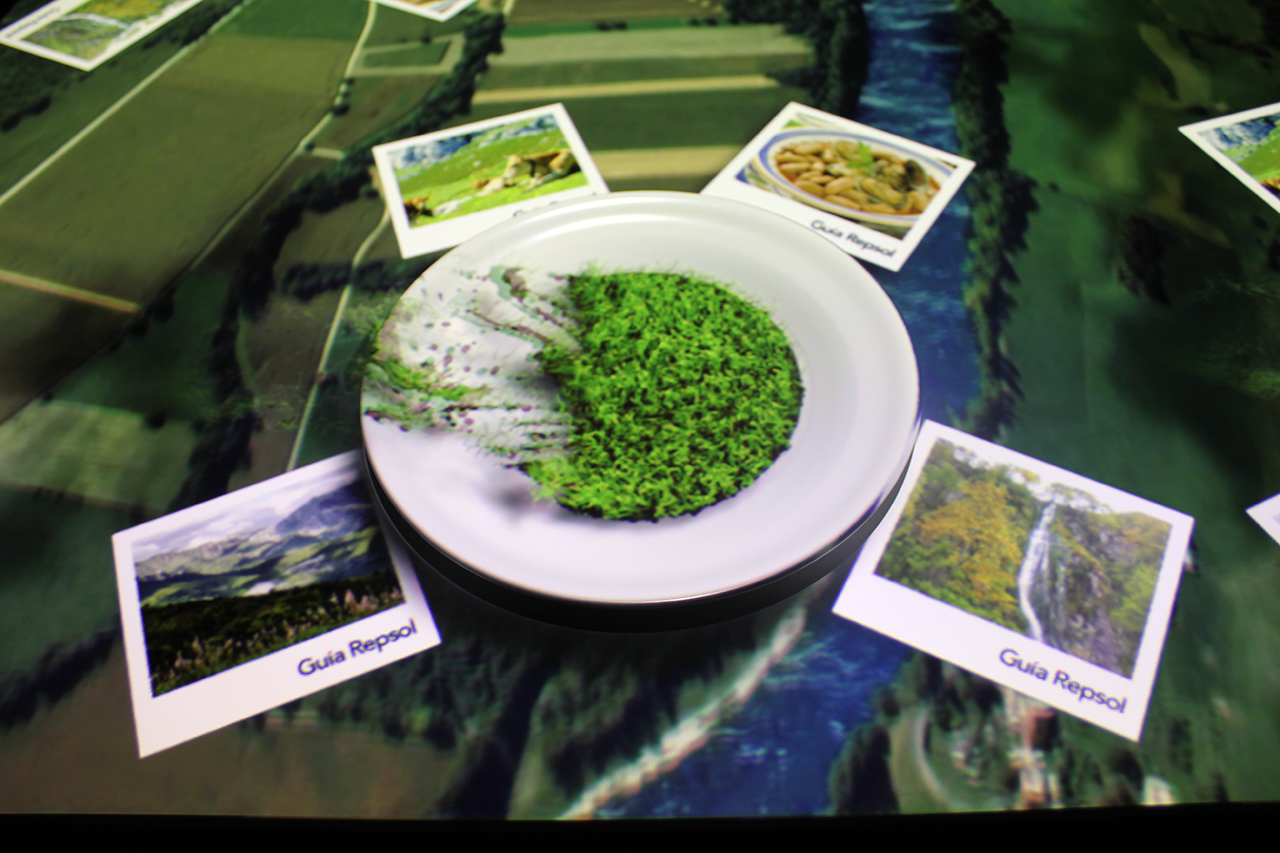 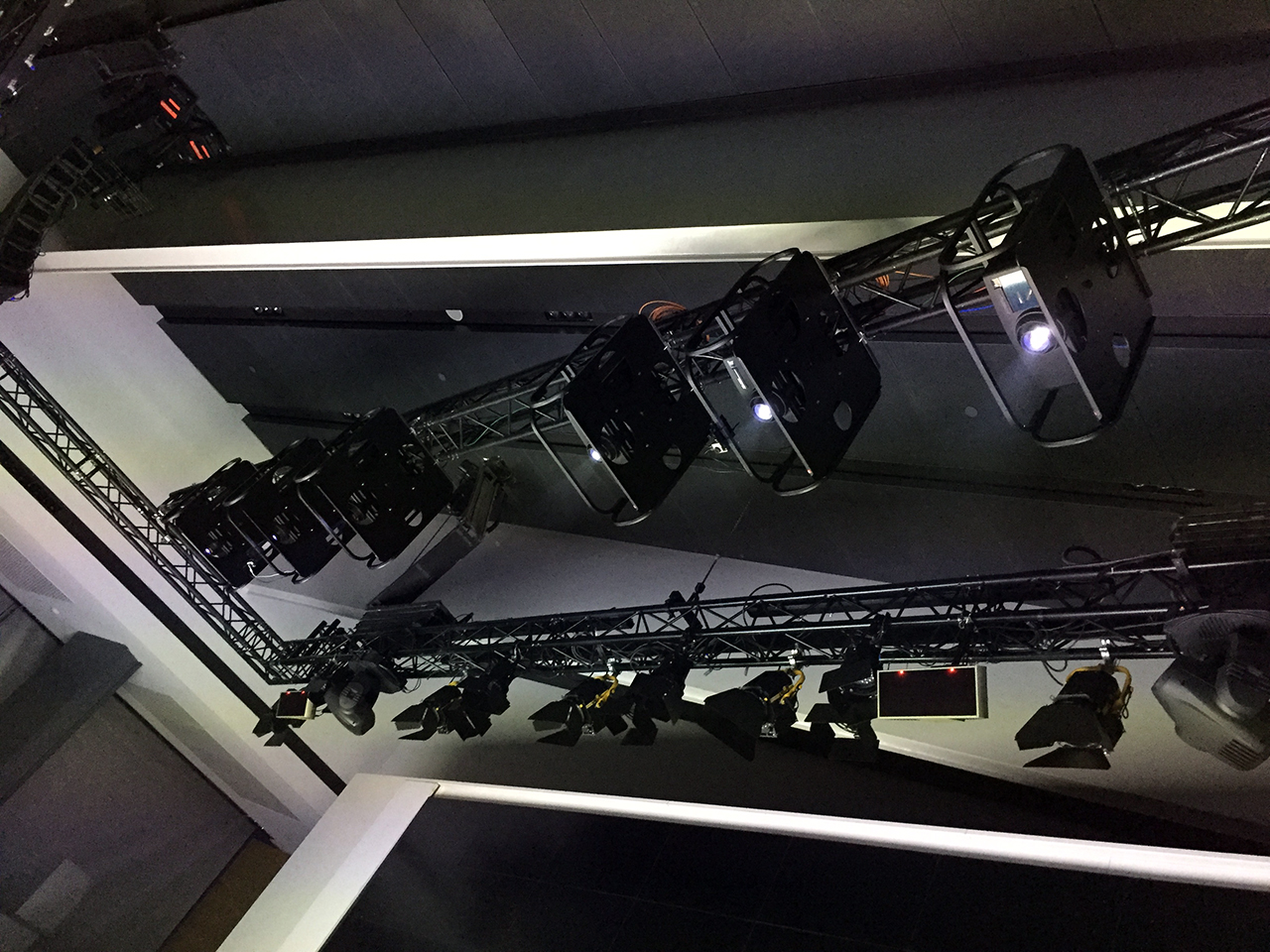 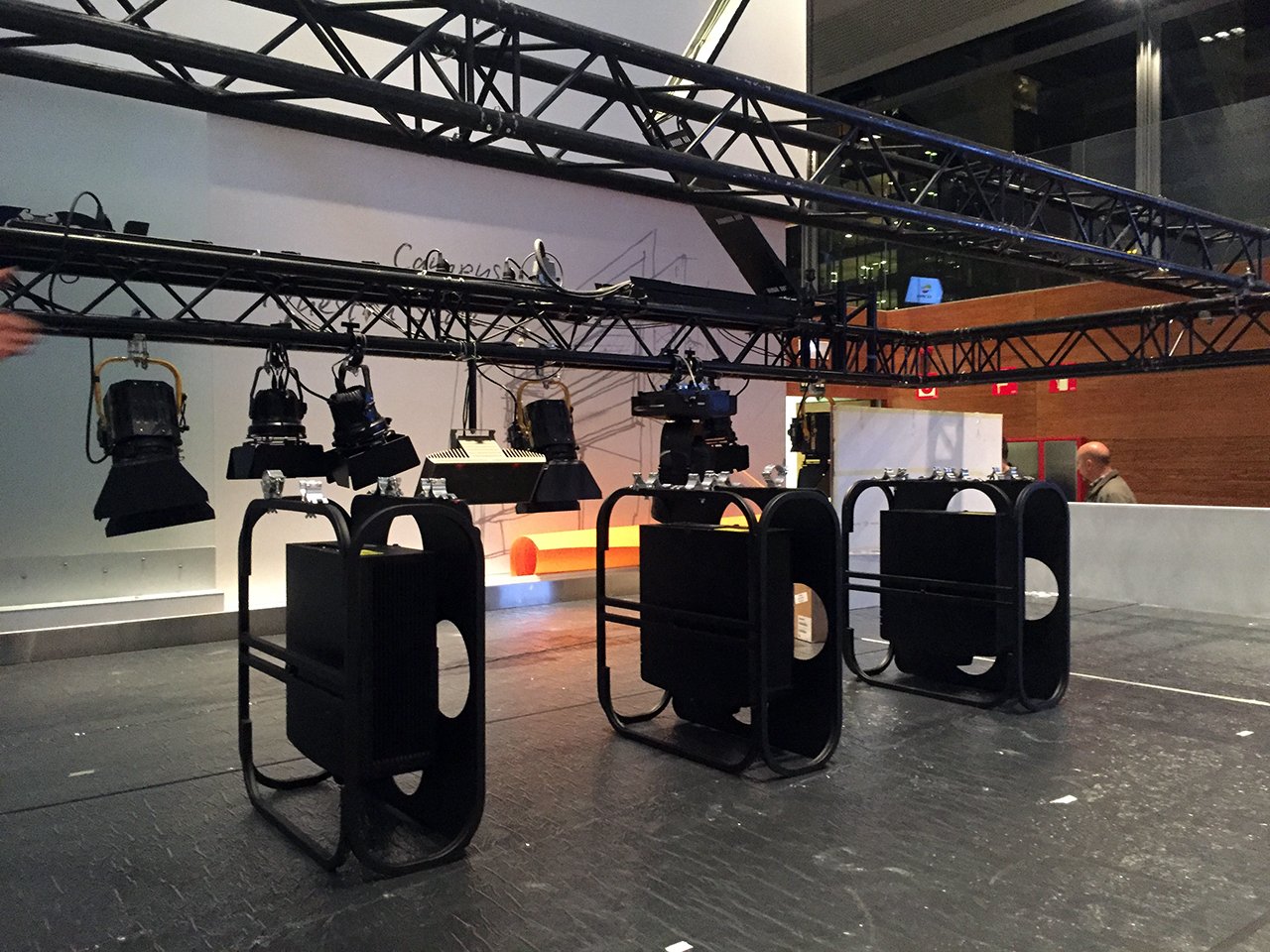 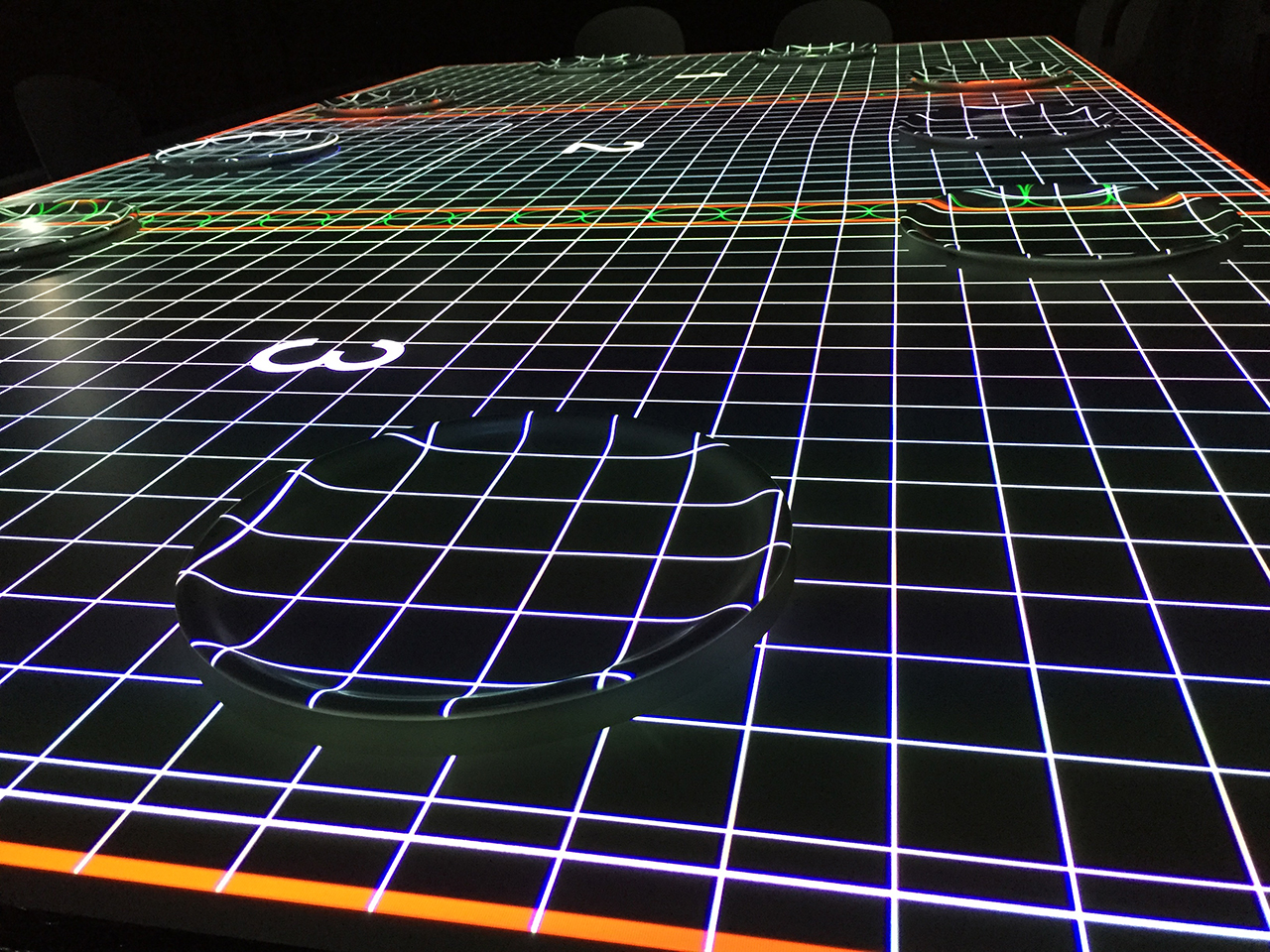 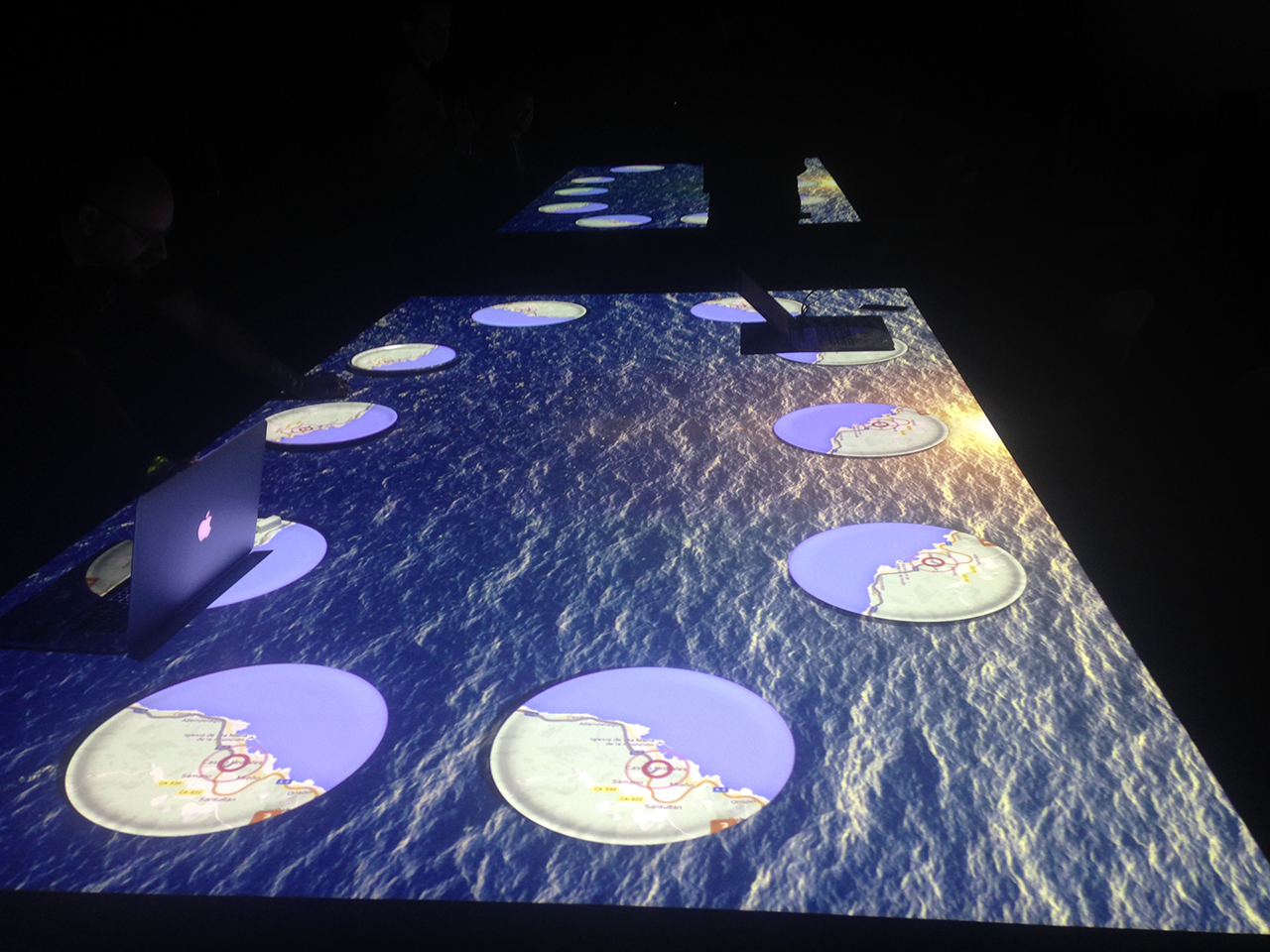 The Christie GS Series was instrumental in securing the technical direction of the presentation in Madrid of the 2016 Repsol Guide, Spain's premier travel guide, for BNC Audiovisuales. The client was looking for ultra-silent projectors for the mapping designed to be the centerpiece of the event and was absolutely amazed at the complete lack of noise from the Christie laser phosphor projectors that BNC Audiovisuales specified for the project.

The presentation consisted in an audio-visual show combined with a tasting of dishes and a masterclass. The event was held at the Repsol Campus in Madrid and was directed by the MacGuffin events agency. The art direction was commissioned to Otu Cinema, while the Romera graphic agency was entrusted with the audio-visual content. The main idea was to create an experiential event to strengthen bonds with the 66 invited journalists.

In this regard, the attendants were met with a pleasant surprise. Instead of the usual presentation speech they were expecting, the focus at all times was on the typical experiences and sensations of travelling. The core concept was to simulate a sensorial trip around Spain without moving from Madrid by means of a mapping projected over two tables measuring 3 by 1.7 meters around which 20 guests were given a virtual taste of the best dishes from the north coast of Spain.

"The strikingly innovative mapping reproduced on the tables one of the gastro routes proposed by the Guide, with the dishes acting as a thread running through a journey around Spain", explained Borja González, manager of BNC Audiovisuales, before adding that "we also projected images on each one of the dishes of the 20 guests, which meant that the technical challenges of the mapping were even greater."

Óscar Testón, from Otu Cinema, recalled the action in detail: "When MacGuffin invited us to come on board in the making of the project, we jumped at the opportunity. We were really excited about the goal of telling a story on the table and giving each guest his or her own individual experience. The idea was clearly defined; the only thing was that we had to turn it into a reality. We had to make sure that the visual production was believable for a person sitting at the table with a viewpoint very close to the projection. We need to ensure maximum resolution and minimum noise levels and that's why we immediately thought about WUXGA laser technology projectors. The rest was the nitty-gritty postproduction and 3D work. The client's main concern was to make sure that the guest's experience would be credible, and I'm glad to say that, after three weeks of work, the end result was breath-taking."

Alfredo Cañas, technical director at MacGuffin, spoke about the event's main challenges: "We needed lots of brightness on the surface where we were going to project. And we had to make room for six projectors with almost 6000 lumens in a tight space, so working with anything besides laser would have been impossible because of the noise. I can safely say that the projectors we used were really silent, and at the same time the quality, resolution, brightness and clarity were perfect. The truth is that the images were impeccable."

Six Christie DWU555-GS laser diode projectors with 1DLP® technology, WUXGA resolution and 5400 lumens ANSI were used. They were mounted in vertical on the ceiling above the tables and were equipped with a 1.5 lens. Three projectors were used for each of the two tables, with each projector covering a third of the image. Blending and warping were critical in fine-adjusting the images precisely on the tables and even more so on the dishes in front of each guest. The projections were managed using the Watchout system, working with a 3240 x 1920 resolution to make sure that the effects were as realistic as possible.

"Because the client was looking for extremely silent projectors, they were delighted with our choice, which turned out to be a decisive factor in winning us the project,", underscored Borja González from BNC Audiovisuales, who also pointed out some of the projector's other key features: "The output of light is extraordinary when compared with lamp projectors. In addition, the energy consumption is really low; we're talking about 520 watts as opposed to the 1500 to 2000 watts used by a lamp projector with the same level of brightness. And, of course, the fact that it operates for 20,000 hours without any need to replace lamps or filters means that the overall savings are much more in the long run."

And Borja González knows what he is talking about, with over 15 years' experience working on large-scale projections and mappings, not just in Spain, but also in China, Latin America and the USA, in which he had a chance to experiment with all kinds of projectors from very different brands.

Juan José Vázquez Hernández, partner of Romera Diseño e Infografía, the company which developed the audio-visual contents for the dishes and tables, had this to say about the mapping: "Seeing the end result first hand was much more impressive that we had imagined. The brightness and the quality of the image, both on the dishes as well as the tables, were stunning. Everything was very carefully planned by the agency, and the feedback we received is that the public were thrilled."

Óscar López, director of Audio-visual Production at MacGuffin, concluded: "The projectors were excellent, very silent, and with extraordinary clarity and brightness; the quality of the mapping projection was exceptional. It looked good enough to eat!"