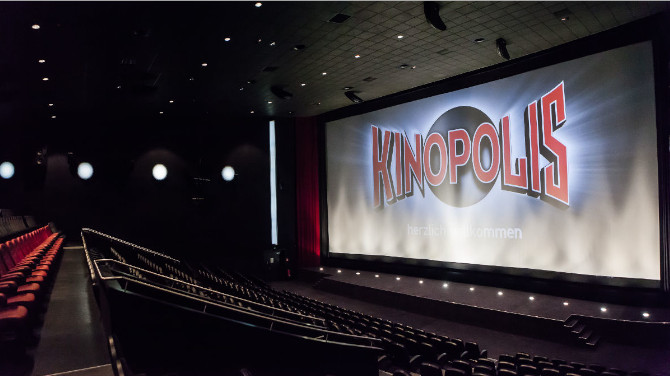 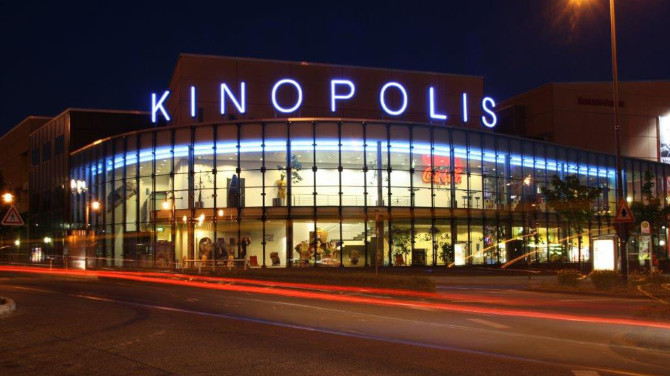 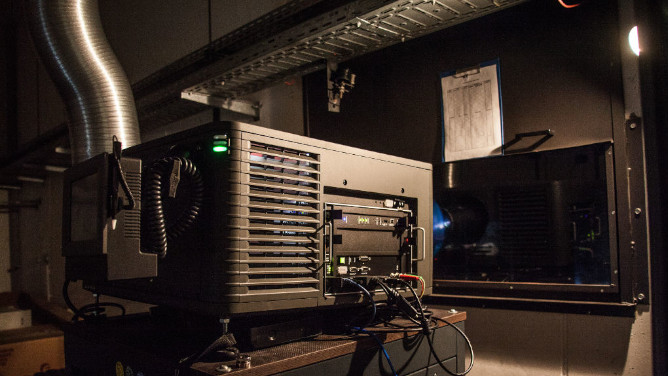 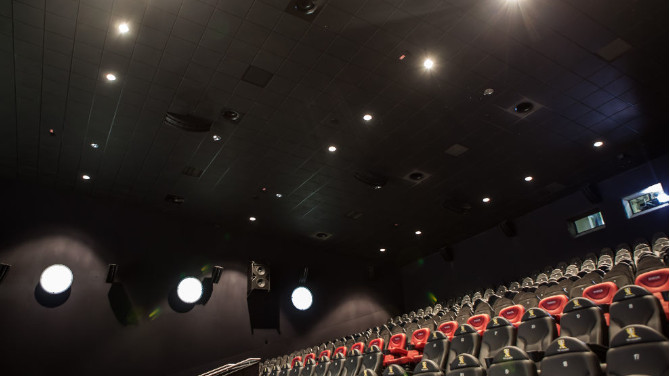 Have you ever been to Leverkusen? This German city, where the pharmaceutical industry has a strong presence, is mainly known beyond its borders by fans of the successful local football team, and less by cultural connoisseurs. Moreover, as far as cultural attractions go, it is located between Dusseldorf, known for its fashion and art, and Cologne, known for its Cathedral – in other words, stiff competition.​

Things are changing, though; this Rhineland city of around 166,000 has now become a highly worthwhile destination for cinema lovers. They are drawn by the 250 m² screen, cutting-edge immersive audio technology and premium Christie products that have transformed Theatre 4 in the Kinopolis at the heart of the city into a uniquely cutting-edge cinema. Moreover, this theatre is also the largest in the region, with the capacity to seat approximately 651 moviegoers. Last but not least, it also boasts the largest cinema screen in all of North Rhine-Westphalia.

"The Leverkusen Kinopolis is a success story for us," explains Owner Helmut Brunotte, who operates most of the cinemas in North Rhine-Westphalia – including in the neighbouring city of Cologne – together with his family. For Brunotte, this cinema is not just a place to watch movies; instead, it is an entertainment centre offering a range of enticing options. "In keeping with tradition, we have installed the latest cutting-edge technology at the Leverkusen site, and did not spare any expenses or effort for the retrofitting measures. We consider this site to be the region's premier cinema."

Collaboration with Christie is also a tradition for Kinopolis Leverkusen: Prior to the era of digitalisation, the cinema used the company's 35 mm projectors for years, with great success. It is hardly surprising then, that the cinema once again decided to use the manufacturer's products when switching to digital projection technology.

All eight theatres in the cinema were fitted with Christie digital cinema projectors in 2011. These uphold the Digital Cinema Initiatives and now provide Leverkusen natives with a whole new level of entertainment: a visual experience that far exceeds any home cinema system (no matter the price segment). At this theatre, viewers enjoy films as well as art, sport and much more on the big screen.

Naturally, the screen boasts a perfect display. Moreover, the experienced cinema technology service provider and Christie partner ECCO Cine Supply and Services GmbH from Hilden (near Düsseldorf) recently installed a new sound system in Theatre 4 with Christie Vive speakers and amplifiers to make full use of the sonic potential of the Dolby Atmos sound system and 16-bit digital audio.

51 Christie LA5 speakers and 21 CDA amplifiers with an amplifier output of 88,500 watts were installed. The system uses Christie Vive Audio technology, an exclusive combination of ribbon driver technology in a line array design for an enhanced dynamic range. Additionally, the technology has reduced distortion, and the system delivers precise audio playback to ensure that viewers all over the theatre (not just those sitting in the 'sweet spot' in the centre) enjoy perfect cinematic sound.

"We wanted a sound system that reflects the technological status quo, but at an affordable cost," said Hebbel. Moreover, since this theatre is used for many kinds of premieres, it had to fulfil the requirements of a range of different applications. For instance, it is regularly used to screen live opera performances from the Met in New York as well as classic concerts by the Berlin Philharmonic.

Wolfgang Burkhardt, Project Manager at ECCO Cine Supply & Service GmbH, explains, "The LA5 enables broad horizontal sound distribution of 120° and controls vertical distribution patterns of 50°, meaning that the sound is delivered precisely where it is required." This is a significant advantage, especially in combination with modern cinema sound systems such as the Dolby Atmos.

In this specific case, sets of one LA5 and two S215 units were combined to create a front system. Five sets of this combination were installed in total. Ten LA4C units were installed as a top surround system beneath the ceiling. In addition, 20 LA4S units are used as the seven side surround (left and right) and six back surround speakers. Two S215 units are used as bass management systems at the rear of the theatre, with two subzones using one S215 unit each. Four S218 units deliver the LFE channel.

The new sound system has turned the 'conventional' multiplex theatre with stadium seating into one of the top-league cinemas in Germany, if not Europe. For 'The Hunger Games: Mockingjay – Part 2', D-Box motion seats were also installed in several rows. These move in synchronisation with the action on the screen during films especially mixed for the system.

Operator Peter Hebbel has taken advantage of nearly all currently available technological possibilities. The cinema, which has been in operation since 1998, also has a 4K dual projector with two Christie CP2230 units and a 3D polarisation system. "We operate a conventional multiplex cinema, so it is important to remember that our guests are paying not just for a film, but for a very special experience that involves all of the senses – and this can only be done with the very latest technology," says Hebbel. "With 4K/3D, Dolby Atmos with Christie Vive Audio and D-Box, we have a complete package that turns the much-mentioned 'immersive' cinema experience into reality."