Christie Solaria on board the Cinemobile 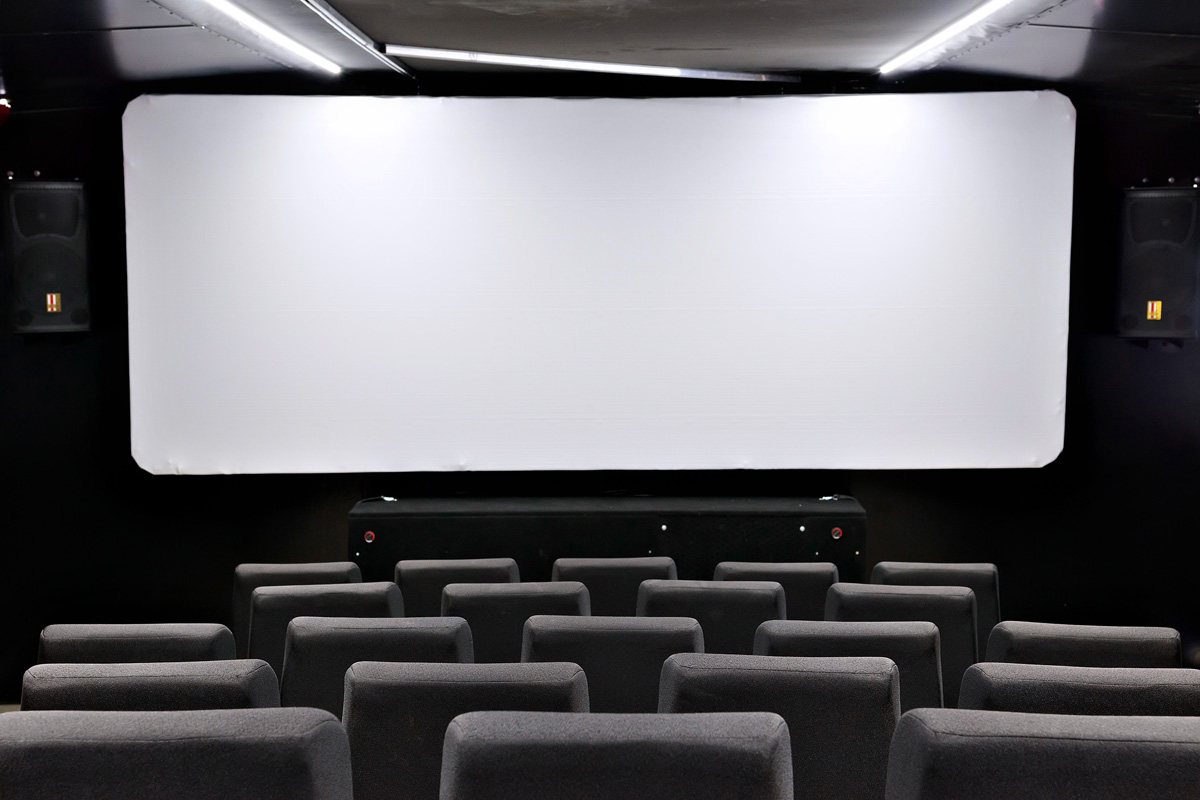 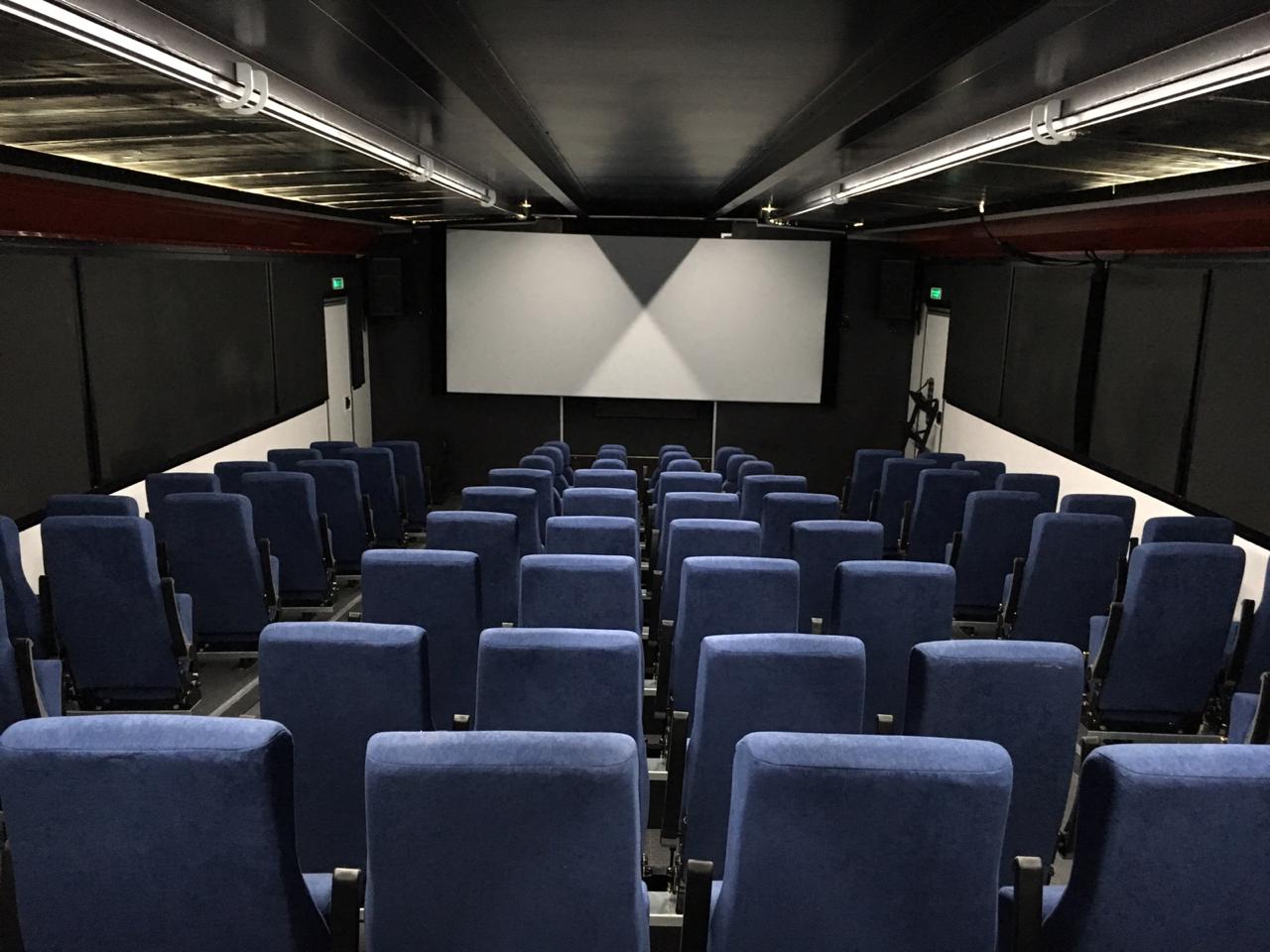 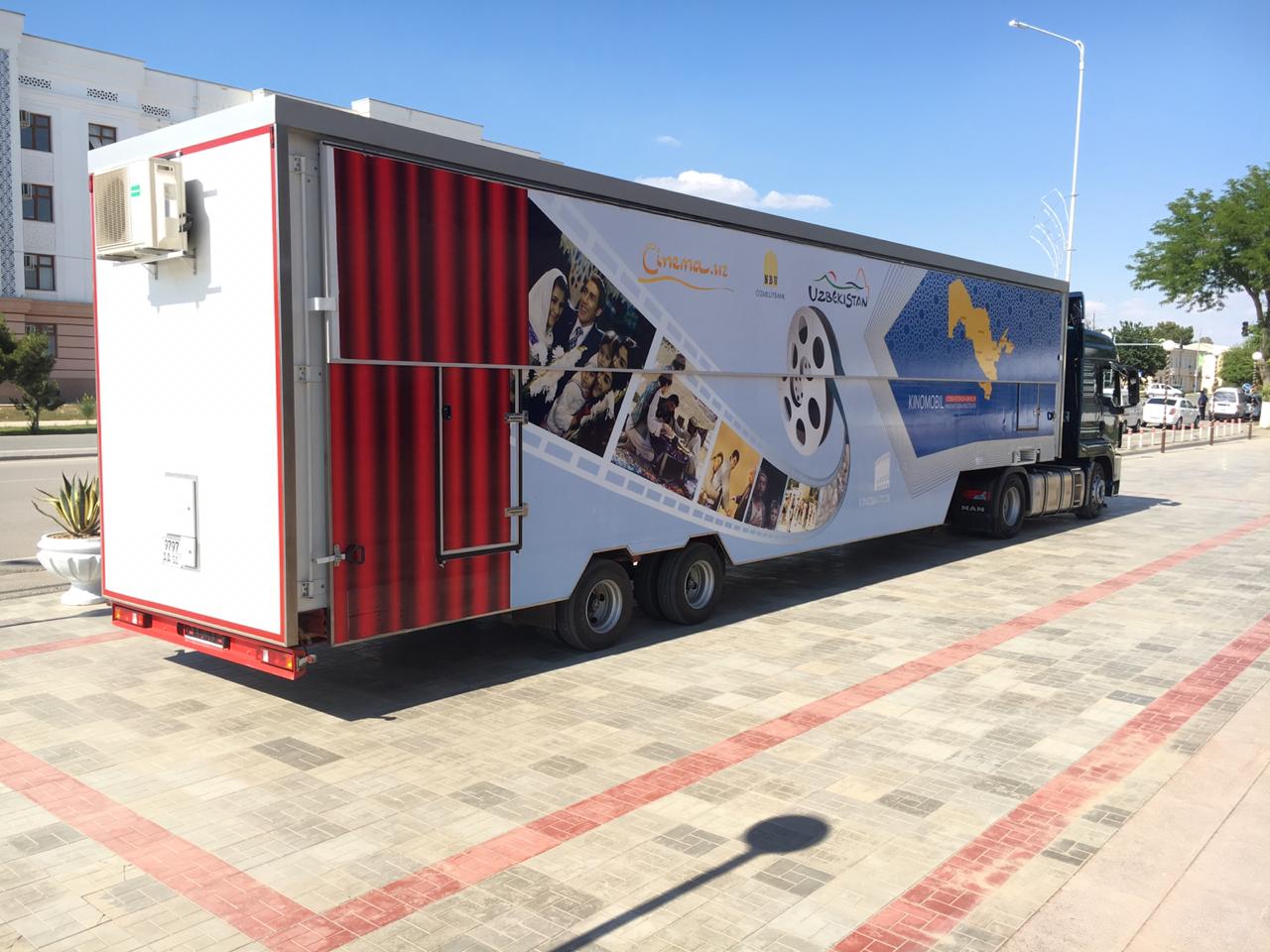 The unique Cinemobile is built on top of a two-axle semi-trailer with pneumatic suspension. The transforming cinema itself takes the form of a thermally insulated upper structure made from state-of-the-art materials, and with modern interior finishes just like those found in an everyday cinema. And if the unique expanding upper structure is the core of the project, then its heart is a Christie Solaria DLP Cinema® projector.

Sakhalin is Russia’s largest island, situated in the Pacific Ocean, to the north of Japan. That’s where Russia’s first mobile transforming cinema headed in March 2017, visiting the island’s administrative capital, Yuzhno-Sakhalinsk. The launch of the unique Cinemobile came about thanks to the joint efforts of Asia Cinema and Nizhny Novgorod’s Automechanical Plant.

The mobile cinema is built on top of a two-axle semi-trailer with pneumatic suspension. The transforming cinema itself takes the form of a thermally insulated upper structure made from state-of-the-art materials, and with modern interior finishes just like those found in an everyday cinema. And if the unique expanding upper structure is the core of the project, then its heart is a Christie Solaria DLP Cinema® projector.

The first route taken by the Cinemobile, which was stocked with new releases including episodes from the Russian anthology Mult v Kino (Cartoons at the Cinema), passed through 12 towns and villages in Sakhalin Region. Vladimir Kiselyov, Deputy Director of Sakhalin Film and Leisure Association, said that the number of screenings was based directly on the number of local residents. This meant a maximum of three screenings per day in villages, whereas in larger settlements and regional centres there were up to six, running from morning until late into the evening.

“The idea of a mobile cinema isn’t new – we even had cinemobiles here in Russia during the Soviet era. The key idea behind them was to bring cinema to small, remote settlements with no permanent movie theatres. But in today’s Russia, a product like this, using modern digital technology, was simply not available until recently. That’s why, when our long-time client from Yuzhno-Sakhalinsk, the  http://sakhkino.ru regional cinema network, set us the challenge, we jumped at it. Adding to our enthusiasm were the positive experiences we’ve had installing Christie equipment since 2009 in previous projects for this client in the same region, in the October and Komsomolets cinema and concert halls, as well as installing equipment for the annual On the Edge film festival in Yuzhno-Sakhalinsk over several years,” explains Director of Asia Cinema Arseniy Kuzminich. “So we began looking for solutions and options for building the Cinemobile. The idea resonated with the specialists at Automechanical Plant, with whom we then spent long months working on development and construction. And, one year later, we showed the client the final product, and they were very pleased with it.”

When in transport mode, the Cinemobile resembles an ordinary semi-trailer, 13.6 metres long and 2.5 metres wide, and can travel along Russia’s roads with ease. When converted to cinema mode, the width of the trailer – thanks to its expanding body design – more than doubles to six metres.

The operator needs just half an hour to convert the trailer from transport mode to cinema mode, which is done using a control panel for the hydraulic system installed at the back of the theatre. Such a fast conversion time is certainly a unique advantage. “Our task wasn’t simply to build a mobile cinema. On the one hand, it needed to be modern and meet all the needs of the cinema industry, and on the other hand, it had to be simple to use, with a minimum amount of time spent on deployment and other delays,” Arseniy continues. “This is why we chose Christie again, because they have almost 90 years of experience in cinema solutions and expertise in creating and developing cinema technology. We’ve put our trust in Christie for a long time – hundreds of cinemas across the country continue to operate successfully with projectors installed by us many years ago, and we can always rely on technical support from the specialists if a need arises, as well as their maintenance service.”

The Christie SKA-3D was chosen as a coprocessor, and provides the option of showing alternative content. The mobile cinema can also be deployed as a venue for events and conferences involving on-screen visual demonstrations.

The Cinemobile has 68 seats and a four-metre-wide screen and is equipped with a Dolby Surround sound system, a Harkness Hall Clarus 170 silver screen, EuroSound sound equipment, and a GetD passive 3D system.

“The Cinemobile can operate in any weather, all year round – viewers will be just as comfortable in summer as in winter. To power the equipment, the cinema’s technical compartment includes 3 x 380V plugs that connect to the mains. Just like a normal cinema, there is also an air-conditioning and ventilation system, and the internal lighting has been carefully designed as well,” Arseniy continues. “The projection booth is located in the compartment behind the driver’s cabin. The Cinemobile comes complete with all of the necessary demountable ladders, platforms, and railings, as well as fluid-based heating for winter.”

As this project is the first of its kind, answers to many design and engineering challenges had to be found as they arose in the course of development. One example was finding a way to synchronize all parts of the hydraulic cylinder, in order to ensure that all eight cylinders would operate in unison.

Summarizing the outcome of their efforts, the creators of the Cinemobile note proudly that their creation has turned out to be a true leap forward in design thinking. “The project was complex and ambitious, but it was a success thanks to a winning combination of the best modern developments in cinema technology from recognized industry experts – Christie – and domestic design know-how. In sending this mobile movie theatre out on its journey through the small towns and settlements of Sakhalin, we’re turning over a new page in the history of Russian cinema. Interest in this solution has already spread, and soon other regions will be contacting us. So, if everything goes as expected, major films will, in future, be coming to the viewer, even in the most remote corners of the country.”

Vladimir Kiselyov said, “In its first season, from March to November 2017, the Cinemobile did fantastically well, and the experience shows it’s something we need to continue. We’re developing new routes for the new year – everything comes down to the network of paved roads. Over the winter, the Cinemobile took a break: at this time of year, the weather on the island is harsh and temperatures can fall as low as minus 50 degrees Celsius. As soon as the snow clears and the mud is gone, however, the Cinemobile will be setting off again on its route through the towns and villages of Russia’s Far East.”

==
There are some facts and technical characteristics of the semi-trailer chassis:

The second Cinemobile was presented in May 2019. At this time, the mobile cinema has set out to conquer the roads of Uzbekistan.

About Asia Cinema
The history of the company began with the successful opening of the first Miramax multiplex in Siberia in August 2004 by Asia Trade Music in Angarsk. Asia Cinema has operated as an independent structure within Asia Trade Music since 2007. The company has offices in Moscow and Angarsk. In 2014, Asia Cinema opened branch offices in Kiev and Tbilisi. Today, Asia Cinema is one of the leading systems integrators on the Russian cinema equipment market, and thanks to its own remote support centre (Asia-NOC) is able to monitor cinemas in Russia and the wider CIS. Find out more at: www.asiacinema.ru (Russian only).