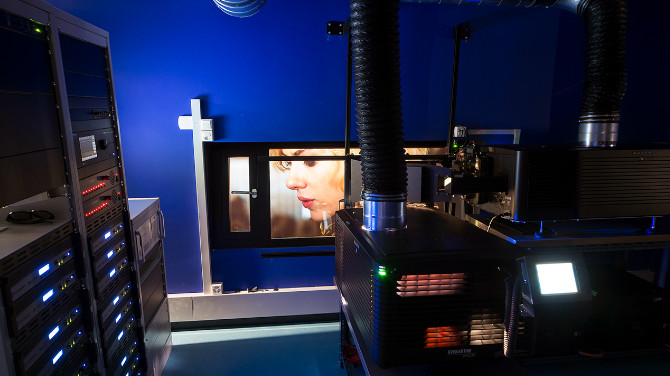 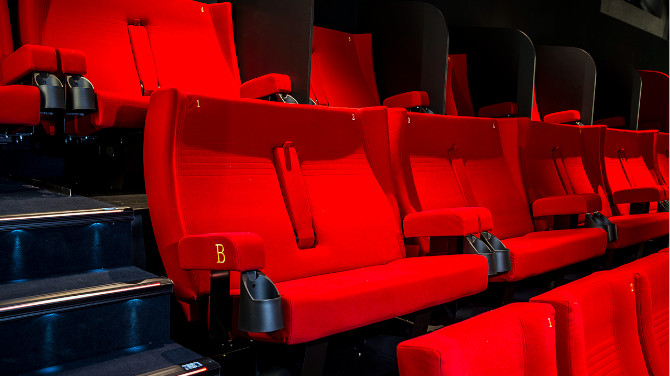 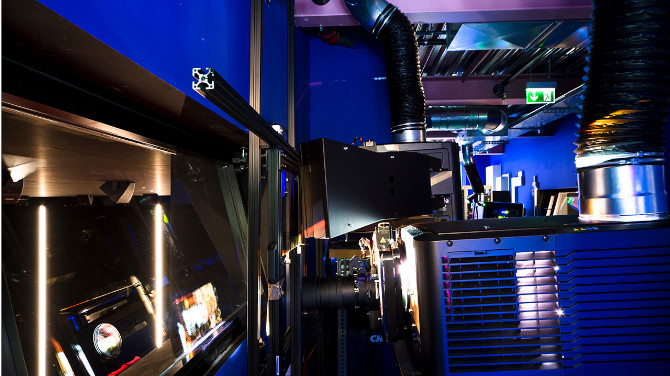 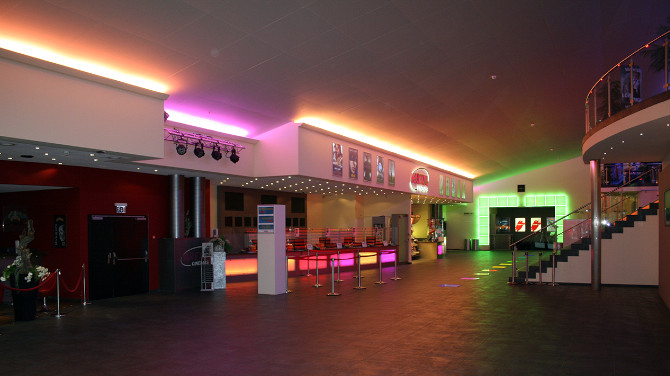 Operating under the ARENA MEGA brand, the Arena Cinemas cinema chain has installed a curved cinema screen spanning over 200m2 – the largest cinema screen in Switzerland to date. For projection technology, the company relies on Christie Duo® with two Christie CP4230 projectors in dual projection.

On-site technical integration was provided by Protronic AG, a long-standing partner of Christie's, which has provided technical assistance for Arena Cinemas' digitalisation for several years. Both dual projection systems – consisting of two Christie CP4230 4K DLP Cinema® projectors – were installed with the Christie Duo® deflection mirror, making it possible to use a projection window. The upgrade also includes a Doremi ShowVault with IMB. The Christie Duo® projection kit doubles light output, thus creating sharper, higher-quality images both for 2D and 3D projections. Auditorium 5 in Zurich, which boasts 505 seats and a 20 x 8m screen, now has a Harkness Spectral 240 silver screen and a lens distance optic of 1.45 – 2.05. Meanwhile, Auditorium 4 in Geneva, which has a 22 x 9.20m screen, was upgraded with a 1.8-gain Harkness Clarus screen and a lens distance optic of 1.13 – 1.66.

"We've now achieved optimum light conditions for 3D projection in all Arena cinemas according to DCI specifications," says Patrik Engler, Managing Director of Protonic. "From a certain screen width like in the two larger auditoriums in Geneva and Zurich, this is only possible using dual projection." For auditoriums with a screen width of under 8m, however, the new passive polarisation filter systems like Wave (MasterImage) are sufficient, Engler added. In Auditorium 7 in Geneva, which has a 14.3 x 6m screen, the company installed a Horizon (MasterImage) passive polarisation filter system.

Engler says the difficulty with dual projection is finding a suitable projection window that won't lead to interference in 3D and also complies with all building regulations. "After a few tests, we finally found the perfect projection glass and could deliver the project to our customer's satisfaction."

Markus Braun, Arena Cinemas' Head of Technology, is delighted with the new possibilities afforded to him by dual projection: "The image brightness is really impressive, and not just in our daily film showings. We host around 200 events in our cinemas each year, and the two larger auditoriums in Geneva and Zurich are especially sought-after. In these cases, we need equipment that can truly meet our guests' expectations."

The events include film premieres and VIP premieres with Hollywood guests, which always take place at Arena Sihlcity, as well as company presentations and conferences with parallel sessions in multiple rooms. What's more, the Swiss cinema chain would like to introduce VIP lounges or other technical gimmicks like 4DX cinema screens with special effects or 3D audio. "We're always one step ahead in the industry; the cinemas of tomorrow won't just show films – they'll offer an all-round multimedia experience for work and leisure. In Christie, we've found the perfect technical partner to reliably implement these ideas, while still keeping one eye on the budget," sums up Braun.