Fun with Christie projection at playtica 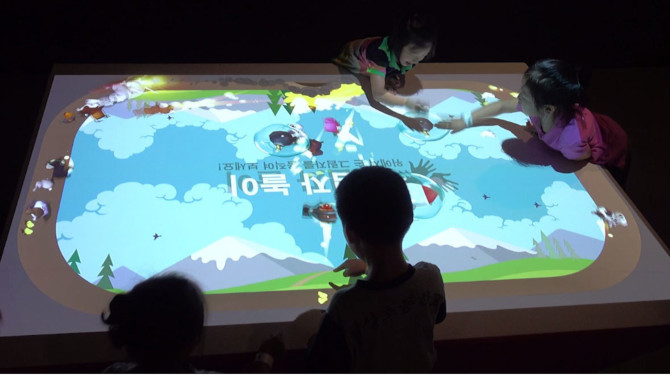 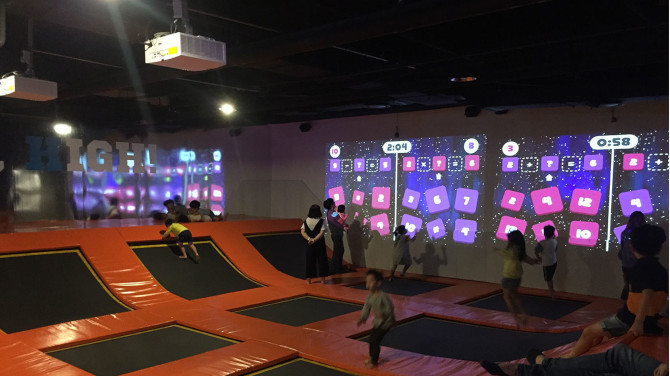 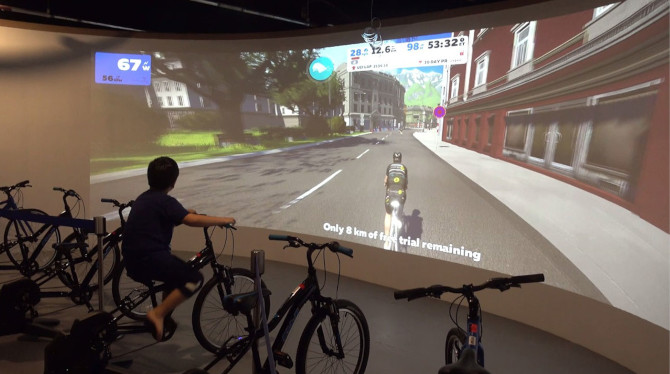 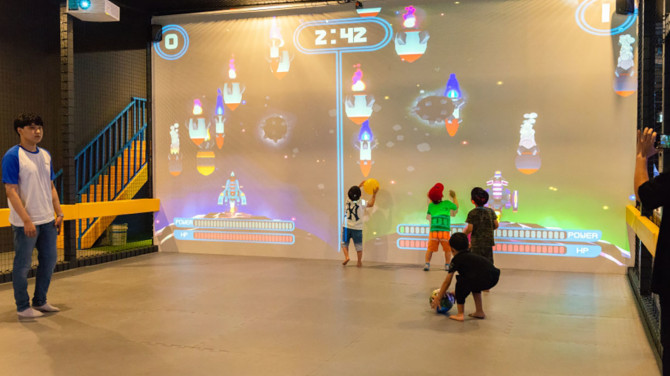 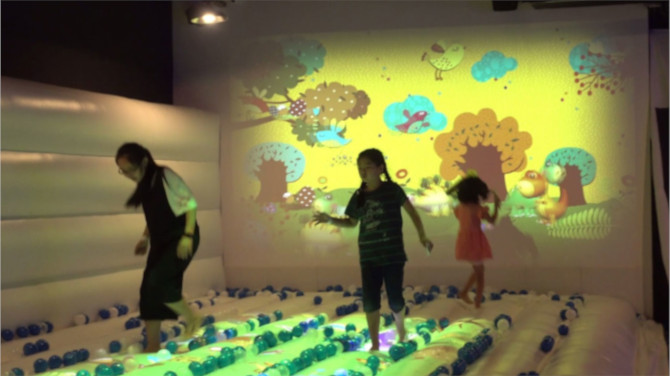 Playtica, touted as the world’s first multifunctional interactive sports park targeted at children of different age groups, has opened its doors on the outskirts of Seoul in Gyeonggi Province. The indoor amusement park is operated by a subsidiary of Lotte Group and prides itself as a new space that combines advanced IT game technology and sports – enabling its young visitors to engage in physical activity, enjoyable playtime and collaborative learning, all at the same time.

Among the unique characteristics of Playtica is the deployment of Christie® laser projectors in several attractions to elevate the fun and excitement quotient to a new level. In fact, it is the first indoor kids’ amusement park in South Korea to employ Christie laser projection for many of its main attractions.

Powered by 17 ceiling-mounted Christie 630-GS Series 1DLP® laser projectors installed by Christie’s Korean partner, Underdog Studio​, the projected visuals have provided much entertainment to the young, immersing them in a range of fun-filled activities that can be partaken either individually or with multiple players.

According to Robert Lee, Executive Director, Underdog Studio, Playtica wants to differentiate itself from other conventional children’s amusement parks by offering a completely new and exhilarating experience. It aims to accomplish this by blending play contents with interactive elements to enhance playability and stimulate learning among its young customers.

“With this objective in mind, and as the systems integrator of this project, we carefully studied the customer’s proposals and recommended using projection technology as it is the most effective way to increase the amusement park’s appeal. At the same time, projection technology can also support interactive features, so it perfectly meets the requirements of the customer,” he said.

“They are particularly impressed with the Christie 630-GS laser projector for a number of reasons. First of which was its ability to offer long-lasting brightness and image quality,” Lee noted. “In addition, the GS Series’ compact form factor, zero consumables and lower cost of ownership are crucial factors as well. I’m glad to note that the usage of Christie laser projectors has redefined children’s entertainment and increased the draw of various attractions at Playtica.”

Delivering up to 6,750 ISO lumens and equipped with 4,000,000:1 Christie RealBlack contrast ratio, the Christie 630-GS laser projectors – available in HD or WUXGA resolution – eliminate the need for lamp and filter replacements, providing 20,000 hours of low-cost operation. In addition, its 24/7 capability, small footprint, low-weight, quiet operation and a full suite of lenses make the 630-GS ideal for higher education, corporate, rental markets and other high usage environments.

Lee added that the use of laser projection at Playtica has proven to be a big draw since they became operational, as the bright, vibrant visuals, coupled with high levels of interactivity have mesmerized children of all ages. “The operator is very pleased with the end results, and intends to introduce more attractions that leverage on Christie laser projection technologies with interactive functions in its future indoor amusement parks for children.”

The 17 Christie 630-GS laser projectors are deployed at seven unique attractions within Playtica. At the Art Drawings attraction (which uses three projectors), children’s drawings of sea creatures are digitally scanned and displayed on a large screen projection showing an aquarium brimming with marine life. Over at the Media Table attraction (two projectors), young visitors can interact with objects projected on the surface of two tables, while lifelike projections displayed on the wall at the Air Bounce attraction (four projectors) immerse players in a fantasy world as they frolic in an enormous ball pool.

Commenting on the innovative use of projections at Playtica, Ernest Bakenie, Director of Sales for Asia Pacific, Entertainment, Christie, said, “Christie has a broad range of high performance projection options available and there is certainly a Christie projector that fits every budget and requirement. It is heartening to see that operators of amusement parks and entertainment venues are increasingly turning to projection technology to elevate the customer experience to a whole new level. Playtica’s creative use of our GS Series laser projectors not only increases the fun factor, it also demonstrates the possibilities that laser projection can offer by transforming a modest attraction into an amazing interactive experience.”