Christie partners with KFP Group and Publitec for Trade Fair 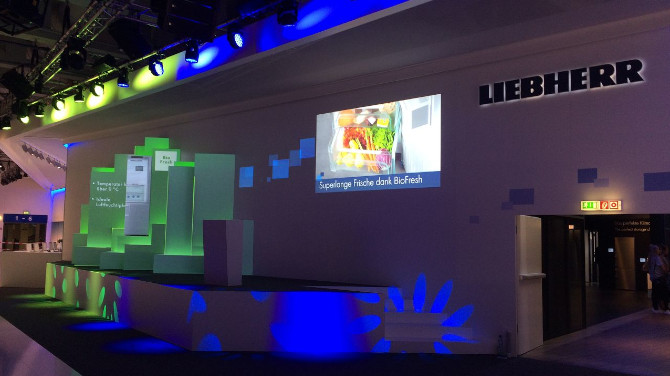 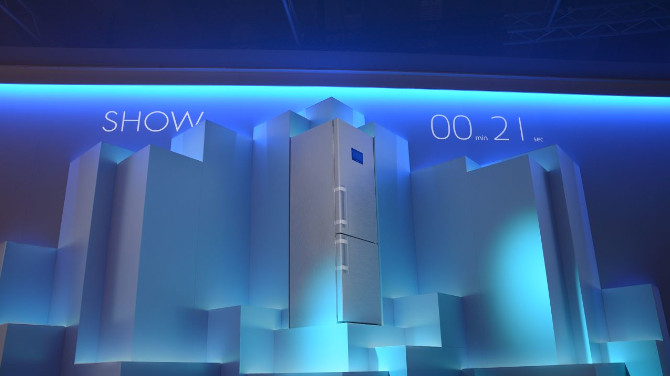 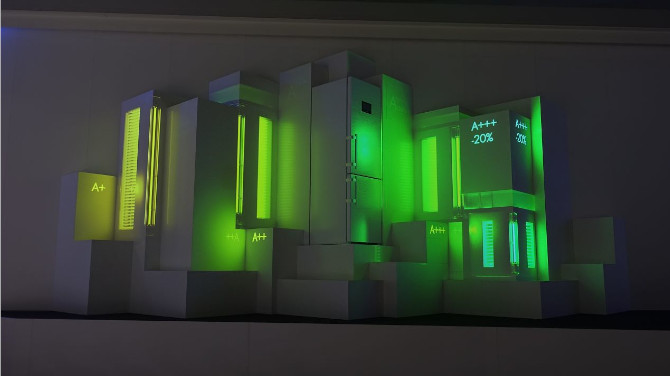 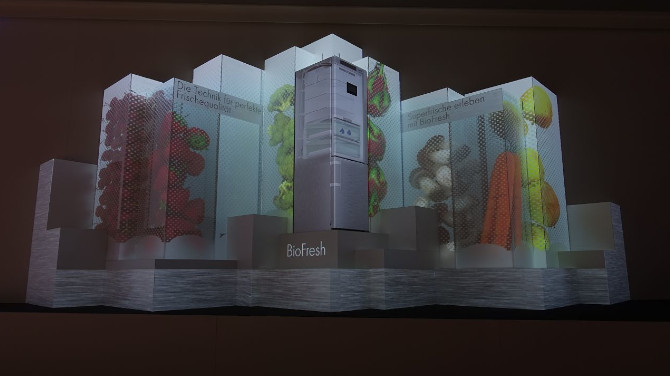 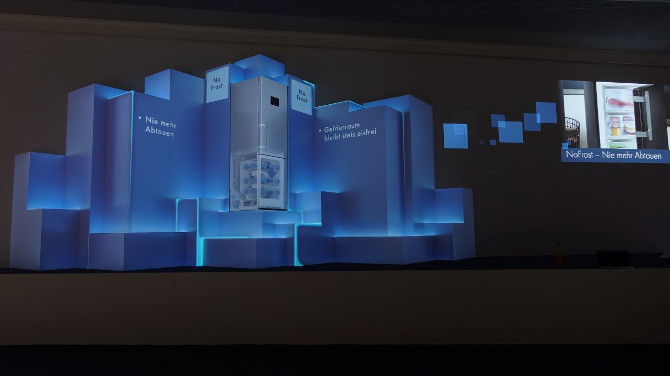 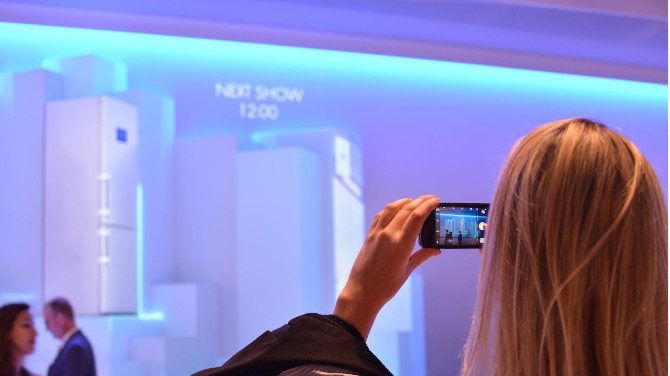 Whether it's a consumer or specialist trade fair, every exhibitor wants to attract as much attention as possible to its innovations and products in the few days they have available. Quite a tall order when you consider the sheer size of some of these fairs and the wide range of offerings. It takes a huge amount of creativity and new approaches to stand out among so many competing exhibitors and catch the eye of trade fair visitors and customers. In short, "refreshingly different" must be your motto.

A motto that Liebherr Hausgeräte GmbH took literally when planning its stand at the IFA in Berlin, the leading trade fair for consumer electronics and home appliances. The company had to develop a concept for a stage show on the topic of "The new dimension of freshness".

The German home appliances manufacturer has been active on the market since 1954; its refrigerators and freezers are known for their technological innovations and modern design. The long-established company, based in Ochsenhausen, boasts a range encompassing over 3,000 products for both private and business use.

Its presence at the show naturally had to reflect its high standards in design and technology. To this end, Liebherr put its trust in a collaboration with the KFP Group, which has specialised in planning and implementing trade fair solutions for over 25 years. From event apps to digital solutions, from 3D and real-time renderings to virtual reality applications - the media technology firm has used them all, all over the country.

Jörg Roßbach, who led the project on behalf of KFP, explains how he eventually implemented his client's idea, and how this was affected by the decision to use the Christie® Boxer 4K30.

The trade fair stand of the future

The way products are presented at trade shows has been getting increasingly spectacular over the years. Show effects, stage presentations, entertainment and so much more.

What used to be the preserve of a few multinational players "is now the done thing for a five-star trade fair appearance," explains Roßbach. "You continually have to provide the newest and best technology for the customers so as to stand out from the competition."

"The moving image is the medium of the future - you can't get around that, particularly when presenting consumer products. For us, as a service provider, it means that the technology we use is becoming ever more important, so we have to be able to rely one hundred per cent on these devices," he adds.

A test of bravery

The Liebherr project involved "the presentation of a product portfolio of the latest generation of energy-efficient refrigerators. By means of six Christie Boxer 4K30s, we created brilliant and visually demanding 3D mapping for Liebherr-Hausgeräte GmbH - an independent company with a real sense of tradition."

Mapping in the dark is a technique that most people have come across - usually on building facades. But presenting written content in a brightly lit trade fair hall was a test of bravery," says Roßbach. "The customer wanted to see text and image elements following one after the other in quick succession, as well as background lights and sound, all in the best possible quality.

"The customer wanted images that looked as realistic as possible, projected onto a real fridge-freezer. Normal full HD resolution wouldn't have worked here.

Hanging the projectors upright gave us a maximum resolution of 4096px from top to bottom! For the mapping we installed four Christie® Boxer 4K30s in portrait format, covering a width of just under 7m. Alongside them we had two more in landscape format for the Expert Talk at the end of the mapping show."

"There are further factors in favour of using the Boxer in particularly important applications: with a weight of a mere 68kg, as well as its compact design, the Christie Boxer is just made for using at trade fairs! During a trade fair, the projectors run from morning till night, so they really have to do what is asked of them," explains Roßbach.

"Rather than having projectors with just the one burner, I was adamant that, for a trade fair, we had to use machines with several long-lasting NSH lamps. If the worst comes to the worst, this guarantees higher reliability and the user does not run the risk of being left standing in the dark. The worst-case scenario would have been the breakdown of an entire projector during the trade fair," he says.

"Particularly at trade fairs with a large number of attendees in a very tight space, it is important that the technology we use doesn't get too hot." Important considerations, particularly with high-resolution 4K projectors!

"Because of the configurable input board we were easily able to make redundant connections using the Christie Dual Link DVI Input and the Christie Twin DisplayPort input cards. The projector is therefore perfectly suited to complex installations, as it means it can be connected to a huge range of different systems.

Nicole Schneider, Trade Fair and Events Manager at Liebherr-Hausgeräte GmbH comments: "The mapping was really something special, so we were extra delighted that everything went smoothly. Our visitors were able to really immerse themselves in the experience and enjoy the entertaining stage show.

He laughs: "Getting hold of the new Christie Boxer 4K30 in the numbers we needed during high season could have been a bit of a challenge at the time." However, it was no problem due to his company's partnership with the Christie sales partner Publitec.

The 4K resolution and high light efficiency of the Christie Boxer 4K30 proved to be indispensable for this kind of content, as well as for the presentation that followed. The textual information scattered throughout, which was an important part of the overall concept in between the show elements, had to be as easy as possible for the public to read throughout the whole trade fair. Product details and functions had to be as flawlessly displayed as the mapping itself," Roßbach concludes.