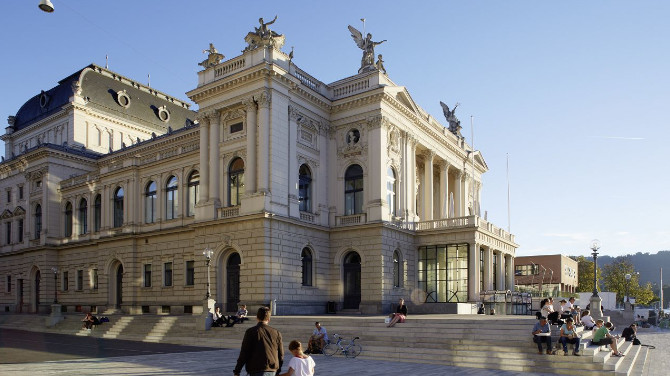 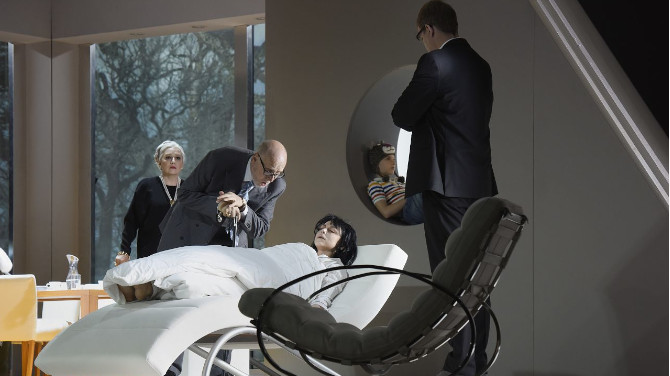 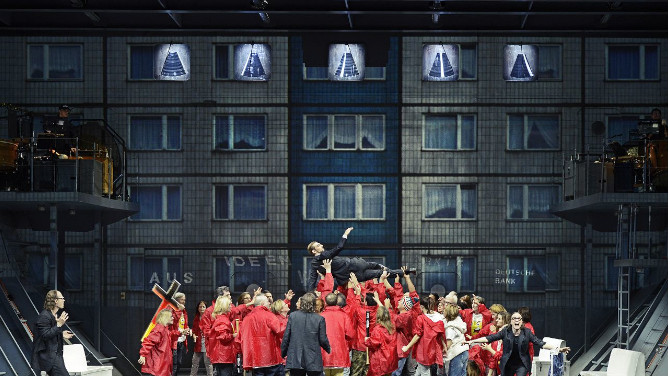 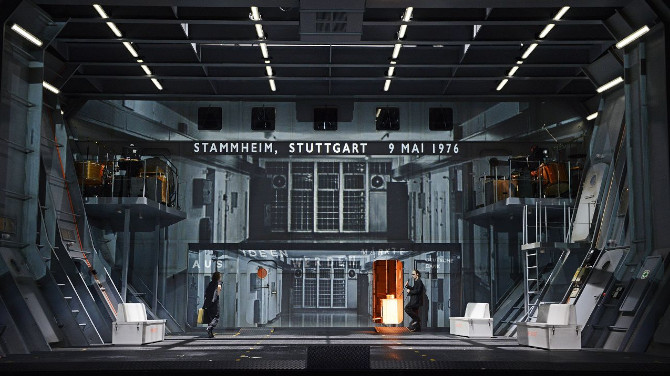 The Zurich Opera is famous for its outstanding productions and has already won numerous awards for its achievements. World-class opera stars regularly perform in the Swiss metropolis. However, for its over 250 performances a year, the Zurich Opera relies not only on outstanding stage actors, but also on modern technology. Three Christie Boxer 4K30 projectors had already won standing ovations. What's more, to be prepared for the demands of modern opera productions for ever more complex stage images, a fourth projector was added. A look behind the scenes reveals the device's versatile areas of application.

In the world of musical theatre, there are pieces which are practically predestined to push the limits of stage production and not to simply tell a traditional story, but to create a powerful unity that moves – both musically and visually. The Hamlet Machine by Wolfgang Rihm is such a piece. The opera makes a grotesque of Shakespeare's Hamlet, picking the drama apart down to mere fragments, which then leaves the actors on the stage great latitude for interpretation.

A key element of the play is the strong visual language. Again and again, the viewer is confronted with horrible and shocking images, which are accompanied by coarse language. The high resolution of the Christie Boxer 4K30 with 4,096 x 2,160 pixels was indispensable for the large, roughly 16-metre-wide back projection onto the back wall. As Elfried Roller, who was responsible for the lighting design of the piece, explained: "The advantage of the 4K is that when the actors cross the stage, the bars of the pixels aren't visible any more."

But the use of video projections is not just for modern opera; it makes a successful new interpretation of classic pieces possible too. For example, staying with Shakespeare, in the opera Macbeth by Giuseppe Verdi. In the new staging of the piece, which was first performed in 1847, the actors of the bloody and gloomy drama moved against a largely black backdrop, where only the background projections gave the space depth.

The Zurich Opera has been experimenting with video for a long time and had used Christie Roadster series projectors before. "This was also the basis for the decision in favour of the Christie Boxer 4K30 3DLP® projector. The old projectors never failed us, so when converting to more powerful models we wanted to go back to Christie," said Roller. The three projectors were sold by Christie's distribution partner publitec and delivered and installed by the smARTec company.

Thanks to its outstanding brightness of approximately 30,000 ANSI lumens, one Boxer 4K30 is used not only for projection in front of the stage, but also as a spotlight. "The applications for video projections vary widely. The projections are always an element of the stage design. The Boxer gives us complete flexibility in the design. For example, the projectors can also be used upright in portrait mode – that's a huge plus," said Roller. In addition, since the compact projectors are not too heavy, this makes the daily set-up and dismantling very easy.

When talking about the other qualities of the projector, Roller practically gushes. He was particularly enthusiastic about the little things in the Boxer. For example a light at the slots, the preview screen on the device and the built-in tool kit with options for adjustment and more. "Even when you open the device, your little engineer's heart starts to sing, seeing how clearly and well-organized the components have been built."

Markus Mathis, who oversaw the project for smARTec, is delighted with the successful use of the projectors. "We knew we had to rely on a device that was at the cutting edge of technology, but that would still be accepted for a few years yet." The portfolio in an opera house can't be changed that quickly, as the current productions and revivals of pieces have very few set-up times.

"As a technical tour partner of the Zurich Ballet, we rely on high-quality and user-friendly products. In this way, we can optimally meet these high requirements and contribute to an unforgettable moment for the spectators," said Mathis. "We are therefore very happy that the Zurich Opera House has opted for the Christie Boxer 4K30 for its stage projections. The Boxer 4K30 is impressive – which is why we have integrated the projectors into our rental pool and are delighted to regularly use them or rent them out for a wide variety of events."

Elfried Roller added, "To date, the projectors have performed exceptionally well." A single small downside is the image format. With the Roadster, a 4:3 format is projected, which was more ideally suited for the purpose in our stage area than the Boxer's 16:9 format. "This is, however, a complaint at a high level of refinement and always depends on the respective spatial conditions on site and the desired effect," said Roller.

As to the final question of how the future of video projection in the opera/stage world will look and whether it would soon replace classic stage design, Roller has a clear answer. "It depends entirely on the intention of the director and how it's designed. In any event, I don't think that in the future projections will completely replace stage design." The Zurich Opera has about twelve premieres a year, of which about four to five relied on projection technology. "Video projection is a part of the big picture."