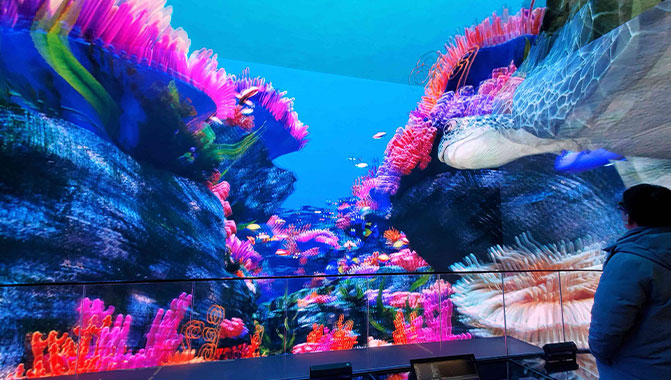 Powered by two Pandoras Box Quad Servers and a Pandoras Box Dual Server installed by Christie’s partner Marvel Vision, this state-of-the-art visualization showcase – known as the Light and Shadow Cube – is an initiative by the Qingdao Municipal Government to spur the growth of 5G high-definition video applications. The Pandoras Box servers are used for the demonstration of spectacular DCI-8K video displayed on LED walls, achieving a total resolution of 8192 x 4320 pixels. This high-tech installation also features a number of technologies such as an active 3D system, a scent-generating system, a 7.1 multi-channel surround sound system, as well as 8K@30fps panoramic 2D-VR video and 8K@60fps panoramic 3D video capabilities.

“The Light and Shadow Cube is a highly-advanced installation that utilizes a variety of cutting-edge technologies,” said Daniel Xu, manager, Marvel Vision. “We are very pleased to work with our longstanding partner Goldon Digital Creative Co. Ltd., the systems integrator of this project, to accomplish the multimedia system design, on-site installation and commissioning, systems training and delivery of the Pandoras Box media servers.”

Xu noted that the Christie Pandoras Box has been chosen as the image processing system for the Light and Shadow Cube due to its ability to integrate real-time 3D rendering and UV mapping to provide maximum creative results. “The Pandoras Box servers are the perfect tools for intuitive media and show control. Besides its high frame rate, real-time 3D stereoscopic playback and mapping capabilities, they are also equipped with an efficient rendering engine that can fully meet the needs of demanding technical requirements on site.” 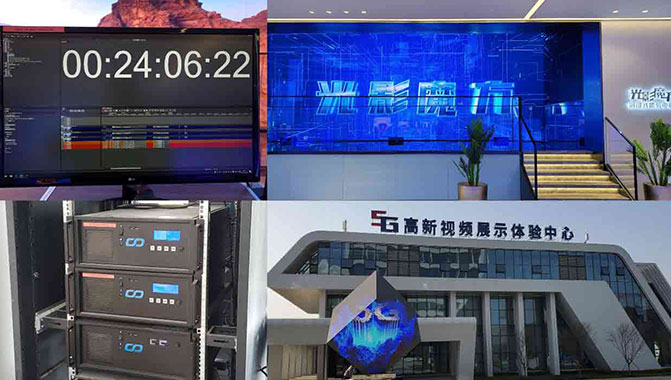 The entire installation and tuning process of the Pandoras Box servers took two months to complete and was divided into two phases. Phase 1 involved the construction of the conventional LED display and real-time rendering of 8K visuals, as well as accomplishing one-click switching function for 2D and 3D imagery. In Phase 2, the focus was on the construction of the curved LED display and implementing the scent-generation system.

Due to the complexities involved, the engineering team members from Marvel Vision had to possess a sharp technical insight and practice accurate judgment. Besides making all the essential business-related preparations, Xu said the team also actively communicated with the client about various requirements and meticulously studied system diagrams and plans to ensure the Pandoras Box’s functional modules are properly integrated to meet the needs of the project.

“As it turns out, the Christie Pandoras Box really is the ideal choice for this demanding project. The Quad and Dual servers delivered powerful compositing abilities, precise control, real-time visual effects correction and professional-grade multi-channel playback. The end results are simply spectacular and left a deep impression on both the client and Goldon Digital Creative. “They are absolutely convinced that the Pandoras Box is an excellent and powerful image processing system,” Xu added. 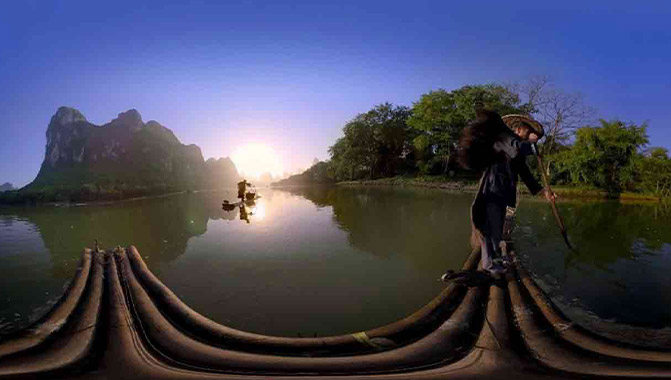 April Qin, director of sales, Enterprise, Christie China, commented, “The Christie Pandoras Box systems are perfectly suited for creating stunning presentations and interactive installations for various applications, including cultural assets development and location-based entertainment venues which are becoming increasingly popular across the country. We are very pleased to see Marvel Vision’s innovative deployment of the Pandoras Box servers for the Light and Shadow Cube in Qingdao, which brilliantly showcases its powerful features such as on-site 3D rendering, composition and editing.”

Over the years, the Pandoras Box system has been instrumental in helping show creators and projection designers deliver outstanding contents and visuals at numerous venues around the world to the delight of spectators and audiences. These include the world’s first robot theme park – Gyeongnam Masan Robot Land in South Korea, and the 2019 FIBA Basketball World Cup opening ceremony in Beijing.