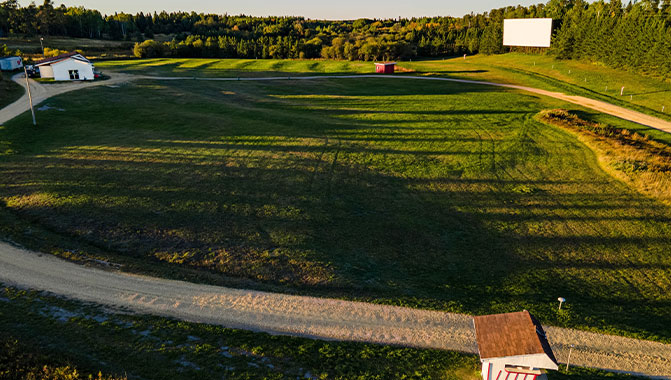 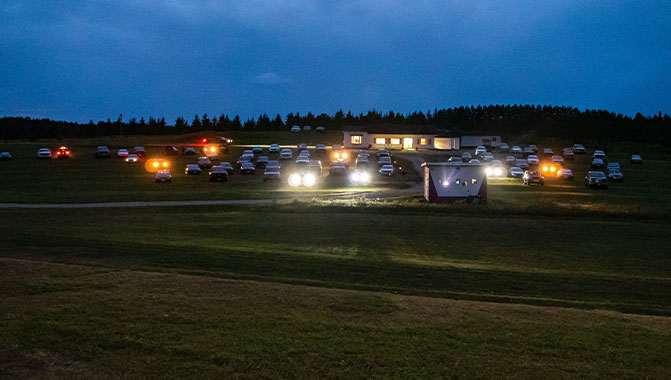 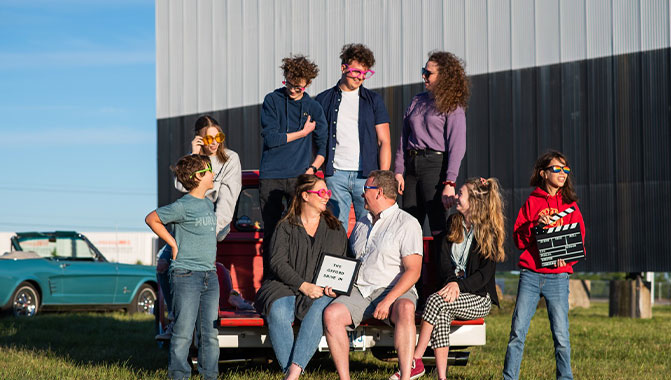 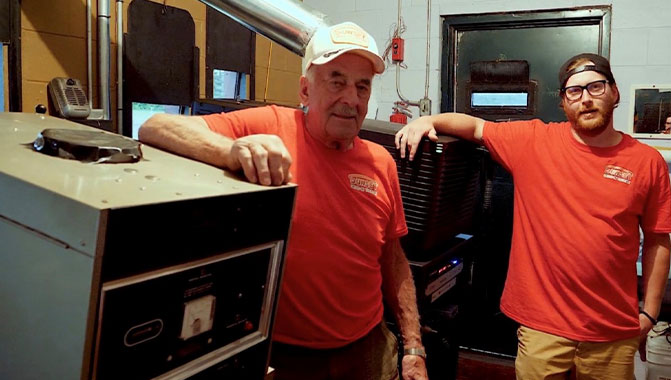 KITCHENER, Ont. -  In the face of the global pandemic, local drive-in movie theatres have been reinvigorated, attracting visitors eager to enjoy a night out. Christie® digital cinema projectors are lighting up these screens, including the Oxford Drive-In in Woodstock, Ontario and the Sunset Drive-In in Dryden, Ontario.

Angila Peters and Adam Shaw, owners of the Oxford Drive-In, bought the theatre in the Spring. But the purchase was a long-time in the making, says Peters. “Adam once tried to buy it when he was in his early twenties, and it fell through last minute. He has always wanted to own it – then COVID hit and drive-ins started making the news again, and he simply thought – here is a great opportunity to own it and give people a feeling of getting out and being entertained.”

Like the Peters’, Mike and Cathy Langlais opened the Sunset Drive-In Theatre in Dryden, Ontario during the pandemic. It was a family affair, involving their grown children and grandfather Reg. Grandparents Reg and Yvonne, who has since passed, were the original owners, operators and projectionists of the theatre, which opened in 1978 and then later sold. But the drive-in is now back with the Langlais family, when they repurchased it in May.

Both theatres are using Christie projectors to light up the screens. “The Christie projector has been amazing – the clarity of the picture is beautiful,” says Peters. Adds Mitchell Pateman, projectionist and technical specialist at the Sunset Drive-In Theatre, “We upgraded our projection system to the Christie CP4230, and couldn’t be happier. We decided to go for the 4K unit as we wanted to be as future-proof as possible.  Shining on our 70x30 foot screen, it looks amazing in both scope and flat!”

The drive-in renaissance has continued into the fall, with guests enjoying movies in a safe, socially-distanced environment. Says Peters of the community’s reaction, “The response has been very positive and supportive. Our drive-in was closed for six years, so no one likely expected it to be reopened. It was a nice surprise for everyone, and they’ve put their support behind us.”

“The community response has been amazing,” adds Pateman. Along with the new Christie projector, Sunset also upgraded its concessions and admissions booth, as well as a new FM transmitter. “We’ve had a great turnout overall, and guests have commented on the bright, clear image of the new projector.”