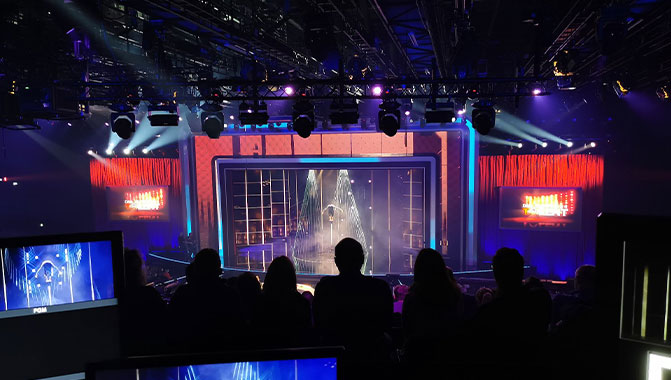 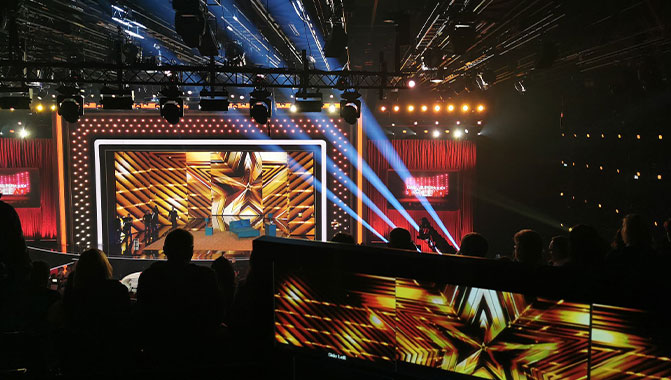 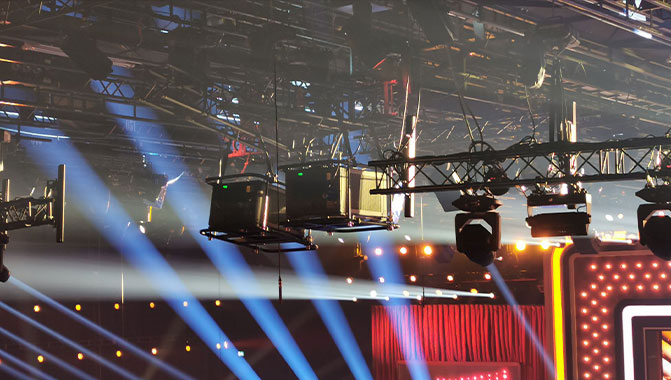 COLOGNE, Germany – When Germany’s Got Talent’s show creators put season 13 together, they wanted something new – incorporating projection technology into the show to increase audience, participant and viewer engagement. With that in mind, they installed two Christie® D4K40 RGB pure laser projectors to support the artists’ live performances at the MMC Studios in Cologne, Germany.

Stephan Flören, managing partner of Cologne-based video specialist Lichtunit GmbH, and his team have provided operational and advisory support to many Supertalent shows and this time, for the season finale, the Christie partner was in charge of the media server technology on behalf of MMC Studios and supported both the client and the production company in the technical planning. During the show, Flören also oversaw playout operations and compositing.

For the season finale, a frame in front of the LED wall in the background was used to give the stage more depth and the technical team had the two Christie D4K40-RGB projectors lighting up the frame: “Especially for the front projection onto the frame, and the individual show elements, we required a bright projector with an expanded color gamut. The goal was to reproduce vibrant colors despite the specific texture of the projection surface," Flören explained.

The Christie D4K40-RGB perfectly accomplished both requirements and demonstrated its capabilities during the finale. The projector achieves up to 50 percent more color depth than other technologies and offers brightness of 40,000 lumens to display even the smallest details.

The setup had one D4K40-RGB projecting onto the outer side of the stage frame, while the show elements were managed by the second projector during the artists’ individual performances. For example, the setup enabled projecting the video content - created by screen designer Falk Rosenthal of GRAVITY - onto a grand piano, a pedestal, or the downward extended dress of a singer. "An undertaking that could not have been accomplished with an LED video wall alone," Flören said.

In addition to the projectors, the Supertalent finale also relied on a Christie Terra Transmitter to ensure latency-free and fast data transmission over Ethernet. To this end, the projectors were equipped with Christie Terra SDVoE input cards. The SDVoE standard provides for uncompressed video distribution over 10G Ethernet networks and easy setup, configuration, and management of the entire installation, which was carried out in partnership with Entertainment Technology Concepts GmbH based in Ratingen, Germany.

"With only two projectors in use, our plan to find the most efficient solution possible, which nevertheless meets all technical requirements, worked out perfectly,” Flören said. "We had already gained experience with setting up three devices at another event and were impressed by their light output and brilliant colors. In this respect, the Christie D4K40-RGB is really in a class of its own, even when compared to laser-phosphor projectors with higher brightness.”