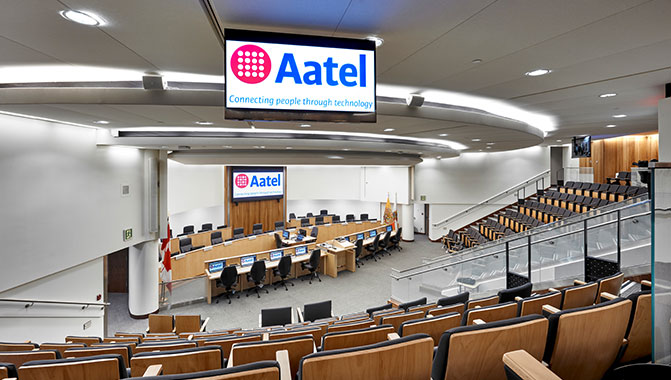 BRAMPTON, Ont.  – The City of Brampton’s council chambers underwent a major upgrade this Spring with the addition of a 140-inch Christie CorePlus LED video wall. Installed by systems integrator Aatel Communications, Inc., the new video wall was part of a larger upgrade to council chambers that included PTZ cameras and chairman/delegate microphones.

Located northwest of Toronto, the City of Brampton is Canada’s ninth largest city and the second fastest growing city, with a population of 650,000. The busy chambers, which previously had a four-by-three configuration of rear projection cubes installed, found the cubes to be difficult to read and not visible to the entire chamber.

After considering other options, Christie CorePlus LED met the requirements of both the City and Aatel. “We went with Christie because they had a competitive price, and the specs on the wall met what we were looking for, including a finer pixel pitch, less power consumption and a sharp image,” says Wright.

Christie CorePlus is designed with a focus on affordability and flexibility. With complete front or rear access, CorePlus is easy to install and service and compatible with Christie's ADA-compliant direct-m​​ount system, which allows the video wall to be directly installed onto appropriate surfaces, eliminating the need for a costly mounting frame.

The video wall, which is eight feet off the ground, is now visible to the chamber. It’s used for every meeting, showing content including presentations, documents and images. “It looks great, and we’re pleased with the end result,” says Wright. 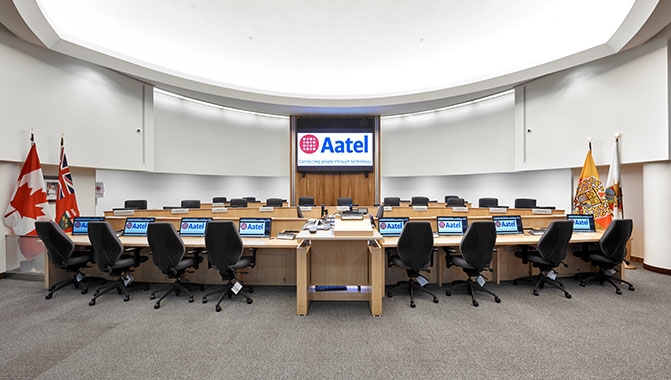 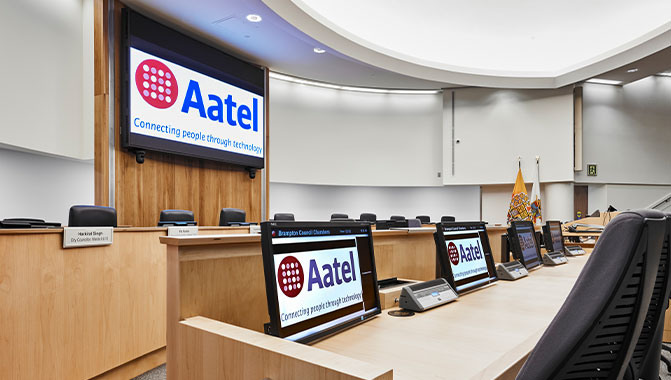