LOS ANGELES - Three-time Academy Award®-winning filmmaker Ang Lee’s much anticipated new film, Paramount Pictures’ Gemini Man premieres on October 6th at the TCL Chinese Theatre in Los Angeles – a movie palace situated on the Hollywood Walk of Fame. This historic location serves as the perfect showcase for a film that stretches technological boundaries by being produced in 4K resolution, 3D, and shot at a high frame rate (HFR) of 120 fps (frames per second). 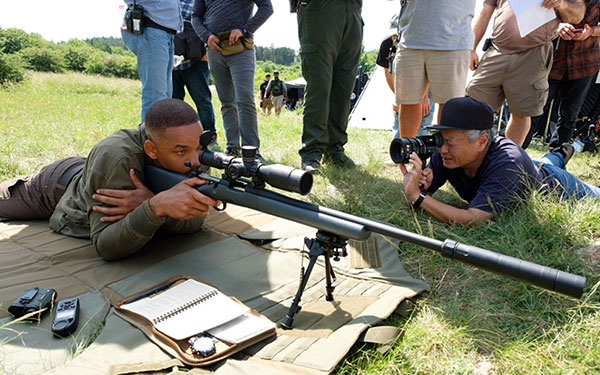 Ang Lee is well-known as a pioneer of HFR filmmaking. Gemini Man is an action-thriller starring Will Smith as Henry Brogan, an elite assassin who is suddenly targeted and pursued by a mysterious young operative who can seemingly predict his every move. The film demonstrates the advantages of the format and the progress of HFR technologies to moviegoers. The screening at the star-studded event will use CINITY, the new HFR cinema projection system developed by Christie for Huaxia Film Distribution, which offers the latest advances in HFR screening and Christie® RealLaser™ illumination technology.

Shot on location in the USA, Colombia and Hungary, Gemini Man is distributed by Paramount Pictures, a company which has set the standard in cinema for over a century. This makes the company well-placed to showcase the hyper-clarity and realism synonymous with HFR presentation to audiences in the USA and across the globe.

For the premiere at the TCL Chinese Theatre, the CINITY cinema system will be configured to produce a brightness of up to 28-foot lamberts using Christie’s laser optical system technology, delivering the finest 3D-viewing experience in 4K resolution at 120fps for each eye.

Paramount is distributing Gemini Man in a range of versions including 2D 4K 24fps through 3D 2K 60fps for use with current cinema projectors, 3D 2K 120fps for Dolby Cinema, and has mastered a 3D 4K 120fps version in partnership with Christie which will be shown at the premiere and at select locations in Asia.

“We’re proud to be presenting Ang Lee’s incredible film to the premiere audience in 4K resolution, 3D, and at 120 frames a second (fps) using the CINITY system with Christie RealLaser technology – a bold specification that exceeds all DCI-compliant presentation systems,” says Kyle Davies, President of Domestic Distribution for Paramount Pictures. “We are excited by this new technology and look forward to its roll out in theatres worldwide.” 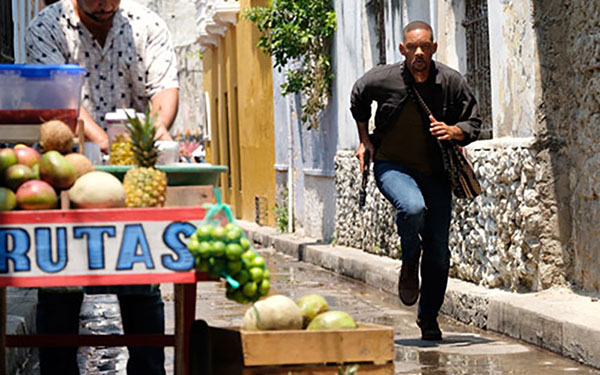 Lee, who is known for both his dramatic storytelling and adoption of new technologies, won one Oscar® for the best foreign language film Crouching Tiger, Hidden Dragon and two directing Oscars® for Brokeback Mountain and Life of Pi. His 2016 film Billy Lynn’s Long Halftime Walk, was the first ever feature film to be shot in 120 fps high frame rate – over twice Peter Jackson’s The Hobbit: An Unexpected Journey, shot at 48 fps, and five times the standard speed of 24 fps.

“Since working with Ang Lee and having created an HFR preview shown at NAB and IBC in 2016, we have demonstrated to the world that Christie is the only projector manufacturer capable of showing 4K, 3D and 120 fps per eye on a giant cinema screen,” says Brian Claypool, vice president, Product Management at Christie. “Our partnership with Huaxia Film to develop and promote premium format movies, has led us to helping to bring Ang Lee’s vision to life with his latest film, and the results are simply spectacular. It is exciting to be leading the way in this field and helping to deliver exciting new experiences to audiences.”

CINITY as premium projection system is designed to combine and optimize a variety of high technologies, including 3D, 4K resolution, Wide Color Gamut (WCG), Extended dynamic range, High Frame Rate (HFR), Immersive Sound, to project better and more pixels onto the screen and create a superior immersive audio-visual experience. CINITY movies are expected to attract more viewers back to the cinemas from new media. The mission with this new movie-going experience is to promote the leap of films from quantitative change to qualitative change by integrating various advanced formats and innovations.

Founded on August 8, 2003 as a large film company covering the entire industry chain, Huaxia Film Distribution Co., Ltd. (Huaxia Film) is committed to operating its core business of film distribution and ancillary businesses of film development, cinema chain management, cinema development, screening supervision and advertising, and developing new businesses such as international exchanges and cooperation and high technologies of film. In the meanwhile, the company keeps developing new distribution channels such as the campus cinema chain and alliance of art films.