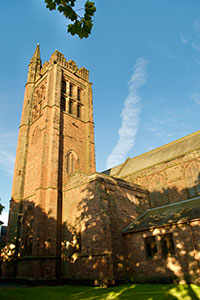 LIVERPOOL, U.K. – (January 19, 2023) – Christie projection has helped to elevate a spatial light art experience at a 19th-century church building in Waterloo, Liverpool, UK. At Black Hole – End of Time, projectors were used to map striking content from visual artist Rocco Helmchen onto the iconic interior of Old Christ Church, in conjunction with a unique soundtrack, lighting, lasers, and additional effects. The performance was the brainchild of musician and lighting designer Paul Alty, with the projection content created by Helmchen. Funds were raised from ticket sales, a JustGiving page, and cash donations and were donated to BackupTech, which supports professionals in the entertainment industry, and local charity Friends of Old Christ Church.

Following a successful 2021 event, the show aimed to deliver an even more engaging storytelling spectacle with the addition of projection. “There was a lot of appetite to do the show again, and I committed to doing projection mapping as I felt like that was the next step,” says Paul Alty. “I felt that the church environment would really lend itself well to it, and it could be even more immersive. I was well aware of Christie, and know what a strong reputation it has as a brand. It was important to get the brightness that I wanted to make that impact, and Christie was able to deliver that.”

The narrative of Black Hole – End of Time tells the tale of Jim, an amateur astronomer and astrophysicist who inadvertently opens a black hole, which begins to consume everything in the universe. Christie projectors – mounted on trusses provided by event production company Adlib – were used to power content along one side of the church’s interior, illuminating the sandstone columns. Additional Christie projectors were used to cover the altar ceiling, the church exit, and the waiting area. The content, lighting and lasers were all synchronized to the original soundtrack created by Paul Alty. The 30-minute experience was available to view over three nights for guests making a charitable donation.  All tickets sold out, so Alty added more show slots that sold out in just three days.

“I was delighted with the way the event turned out,” adds Alty. “The addition of projection mapping content took it to the next level, and I received great feedback from visitors, not least from people already asking about another event! It was satisfying to go ‘one better’ than the previous year, and to raise money for some excellent causes. I was very pleased with the performance of the Christie projectors – I did an AB test with other projectors and there was no comparison in terms of brightness, clarity and color reproduction. The Christie model was head and shoulders above the others.” 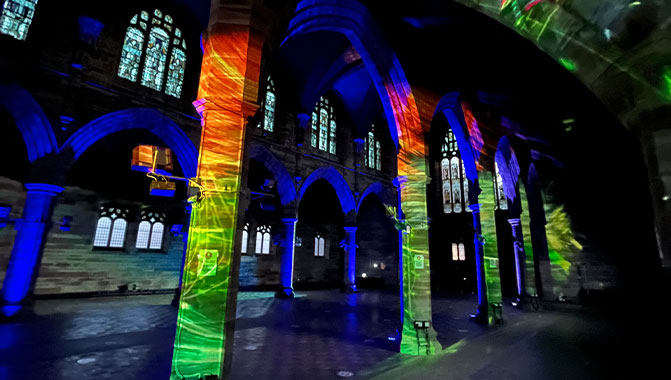 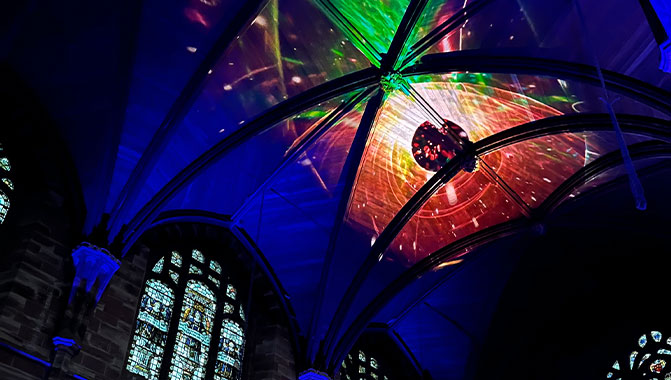 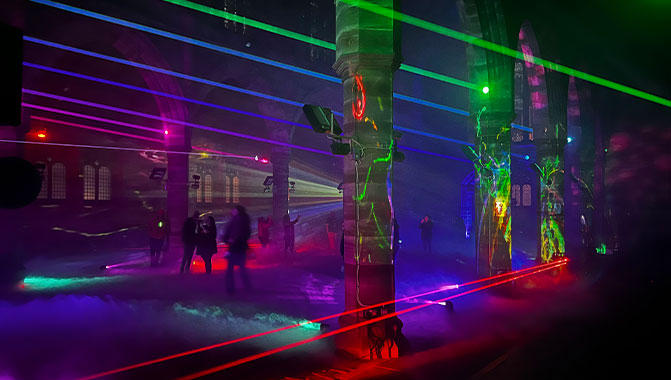 Find the right projector for any application. Browse our range of DLP® projection solutions for cinema, classrooms, events, & more.