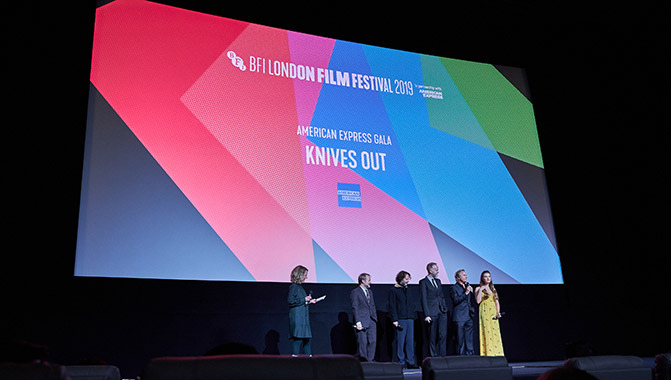 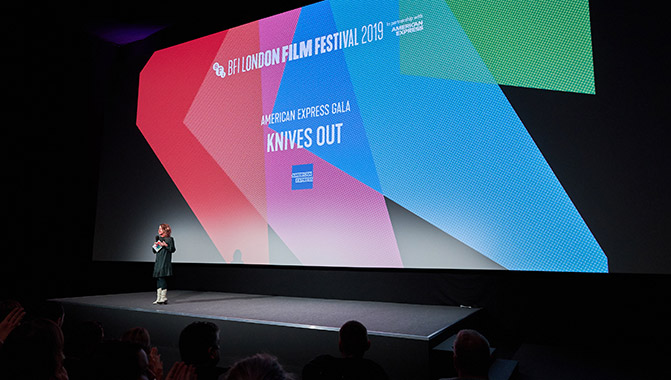 “What is great about laser is its excellent uniformity; you get a nice even light across the whole screen,” continued Simmons. “So even with a 16-meter-wide screen at EGC, the drop-off isn’t as marked, and the better uniformity is really apparent with a test card. With Xenon there are darker patches or some flicker. Engineers at Christie have been making fine adjustments and it is very positive.”

“This was wonderful to hear,” said Allan Fernandes, senior product manager, Christie. “Our engineering team has two advantages in the industry: We committed to pure laser from the beginning, so our R & D is more advanced. Additionally, Necsel, a key laser supplier to Christie, is also a sister company. This allows Christie to capitalize on key R&D initiatives happening in laser technology.”

“One recent change to the CP4330-RGB is the addition of extra wavelengths to combat speckle, along with some optimizations for color, brightness uniformity and contrast to offer the best big screen experience – and one that can’t be replicated anywhere else but Cinema,” continued Fernandes. “Because contrast is critical for the cinema experience, the RealLaser™ cinema platform has been designed to work with a new lens suite providing a staggering 6,000:1 contrast but is also backwards compatible with existing lenses to help offset some of the capex costs when upgrading from lamp to laser.”

“You can see there are savings to be made,” commented Simmons. “For example, just single-phase power makes installation a lot easier and cheaper.” The laser projector was running at about 3KW compared to 7kw on xenon yet achieved DCI requirements of 14 Foot Lamberts brightness with only 80 percent power needed in the 806-seater cinema, with a wide screen of 16 metres with zero gain on a white screen. As a temporary build the seats were compact but would easily run in a standard 400 to 500-seater auditorium.

Sustainability and a sealed unit

“Laser is a more sustainable choice, particularly as not wasting lamps – for a model that size you would be changing the lamp every 600 hours,” says Simmons. “The controls are clear, and the operating system works well. The fact the unit is sealed-in what was effectively a building site was also very useful.”

“RGB laser projection offers substantially reduced operating costs and much longer maintenance windows – all we are talking about here is filter replacements and the occasional coolant top-up every two years,” explained Fernandes. “You can achieve almost 50 percent reduction in electricity consumption. We know this to be critically important for exhibition to reduce operating costs. The RealLaser™ product line has the best operational efficiency in any projector class, period. The CP4330-RGB comes in at 12.7 lumens per watt, compared to an equivalent lamp-based projector of about 5 lumens per watt.”

“We didn’t have to recalibrate at all this year and it was very quick, down to around 20 or 30 minutes,” shared Simmons. This, according to Fernandes, “Sounds about right. With RGB laser projection, LiteLOC™ controls much more than just constant light output – it manages accurate colour and white point tracking across a wide range of conditions – ensuring the projector is always calibrated from Day 1 and we will see further optimizations in the coming year to further reduce setup times adding even more value to deployment and support teams.”

“Laser has a different feel to Xenon but a vibrancy and vividness which works really well for some types of film. As standards become solidified its ability to project in a wider color gamut will be taken advantage of and is getting close and closer to the true colors the eye can actually see. It is easy to switch from 2K to 4K and HDR, and whilst the color gamut and HDR exceed current specs, as DCI expectations or use grows, the RealLaser has the capabilities for what comes next in DCP mastering,” concludes Simmons.