Currently staged at the National Museum of Modern and Contemporary Art Korea (MMCA) until February 2020, the four-month exhibition showcases a collection of Park's artistic works, including "Fukushima, Autoradiography" and "Belated Bosal" presented in photographic and film format respectively. Both are focused on the 2011 Fukushima nuclear disaster in Japan and how radioactive contamination had adversely affected humans and nature. 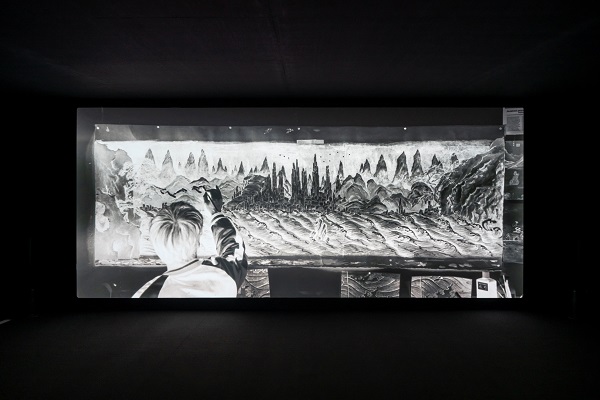 Images depicting the after-effects of the nuclear meltdown are vividly displayed on screens using three ceiling-mounted Christie D13WU-HS 1DLP® laser projectors that captivated visitors with brilliant colors and contrast. The projectors were provided by Christie Korea and installed for the exhibition by its local partner, SNC Alliance Co., Ltd.​

"The digital projections of these two artworks have blown visitors away with unprecedented depth and realism that captures a sense of despair and isolation that the artist, Mr. Park, seeks to portray to audiences," said Dong-Woo Lee, CEO, SNC Alliance. "Kudos to the Christie D13WU-HS laser projectors that are deployed for these exhibits – their true-to-life colors and performance have impressed even Mr. Park himself, who commented that the projections have brought out the best of his works with excellent contrast."

Lee noted that the artist was present for a preview of the exhibition before its official opening, and was pleasantly surprised by the image quality of the D13WU-HS. "The quality of the projected visuals seamlessly matched his artistic intent, and this is probably the best presentation of these two artworks so far. Mr. Park would like to convey special thanks to Christie for making them stand out in his first solo exhibition at the MMCA."

Paul Lee, Sales Manager, Enterprise, Christie Korea, commented, "We're pleased to return to MMCA as the projection technology provider for this exhibition by renowned artist Park Chan-kyong. We are also delighted that the D13WU-HS laser projectors have captivated visitors with astounding visuals, which added more depth and meaning to Mr. Park's works. I'm also thankful to our partner SNC Alliance for completing the installation and demonstrating to museums that digital projection is the way to go to in enhancing visitors' appreciation of art exhibitions."

Christie was previously involved in two major art exhibitions staged at the MMCA which won critical acclaim from the general public. In 2012, it supplied 100 Christie® MicroTiles® to showcase the digital art of Do Ho Suh, a renowned Korean installation artist, in an exhibition titled "Deoksugung Project." In 2016, five Christie E Series 1DLP® projectors played an instrumental role in bringing the artworks of legendary Korean painter Lee Jung-Seob to life with digital projections of his masterpieces.