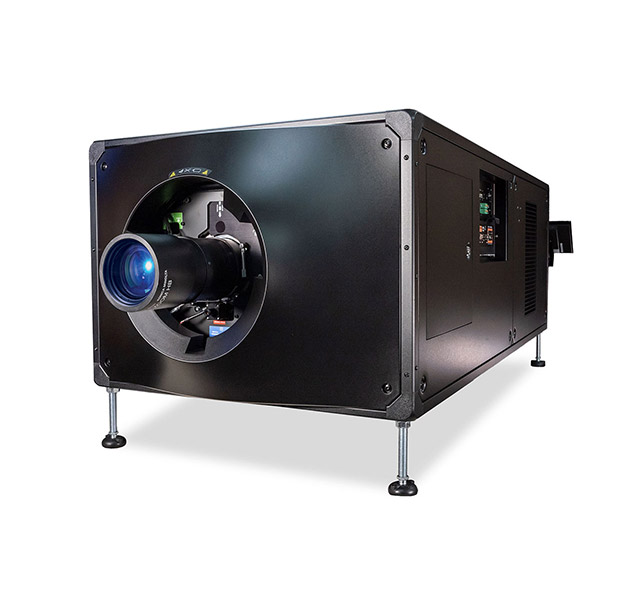 The Christie CP4450-RGB large-format projector, equipped with dual-laser optical systems (LOS) and high-speed CineLife+ electronics capable of 4K @ 120Hz HFR playback, is the world’s first advanced format cinema projector featuring Christie RealLaser™ technology for screens up to 111 feet (33 meters) wide. With an output of up to 55,000 DCI lumens, the CP4450-RGB is the brightest direct-coupled RGB pure laser cinema projector on the market.

The CP4450-RGB has proven itself to be a trailblazer in this market segment. The CINITY Cinema System, developed by Christie for Huaxia Film Distribution, is based on the CP4450-RGB’s architecture and technology. To date, cinemas in more than 30 cities across China have installed CINITY to deliver a variety of advanced technologies, including 4K, 3D, HFR, HDR, and Wide Color Gamut (WCG) for an extraordinary movie-viewing experience in PLF auditoriums.

Christie will showcase a static unit of the CP4450-RGB at its booth (EA2-01) during the upcoming InfoComm China 2020, which takes place at the China National Convention Center in Beijing from September 28-30. Click here for more information on this event.

Built on the CineLife+ platform, the CP4450-RGB is capable of displaying HFR titles in 4K at 120 frames per second. With this new system architecture and ultrafast processing, audiences won’t see the motion blur typical of some  giant screen experiences. These projectors display artifact-free images in 2D and 3D. This adds to the already heightened sense of realism created with Christie RealLaser illumination.

Both the CP4450-RGB and 45,000 lumen CP4440-RGB can achieve greater than 95% of the Rec. 2020 colour space, feature superior contrast ratio performance versus other projection technologies, and has a long-lasting light source that offers over 50,000 hours of optimal performance.

The Christie Mystique™ automated camera-based alignment and recalibration solution for Enterprise applications is now available for Cinema. Known as Christie Mystique™ Cinema, it is a fully built-in dual-projection integration kit for DCI-compliant cinema projectors that easily aligns the images from both projectors within seconds for a completely seamless image on large screens.

Fully compatible with CineLife or CineLife+ projectors such as the CP4440-RGB and CP4450-RGB, Mystique Cinema reduces setup time to deliver a truly advanced image experience, allowing for super-bright 2D and 3D presentations, and enables 4K 3D content to be played at 120fps. As well, the Mystique Cinema integration kit is significantly less expensive than other branded “big screen” industry solutions. With lower upfront costs, and no ongoing revenue sharing, Mystique Cinema is the global solution for creating an affordable, premium large screen movie experience.