NEW DELHI –  Christie® laser projectors have been deployed for a spectacular projection mapping show at the historic Red Fort in Old Delhi, a 17th century monument and a UNESCO World Heritage Site, to commemorate 75 years of India’s independence.

Titled “Matrubhumi” or motherland in Hindi, the 30-minute visual spectacle made its debut on March 25 as one of the major highlights of the Red Fort Festival, which showcases India’s rich history and a kaleidoscopic diversity in art, heritage and culture. For this performance, the iconic Lahori Gate and its surrounding walls are illuminated by 19 Christie D20WU-HS 1DLP® laser projectors installed and commissioned by Christie’s longstanding partner, MSS World, known for numerous high-profile, large-scale projects across India. The show’s mesmerizing contents were designed by Knownsense Studios, which specializes in content creation for 3D projection mapping displays. 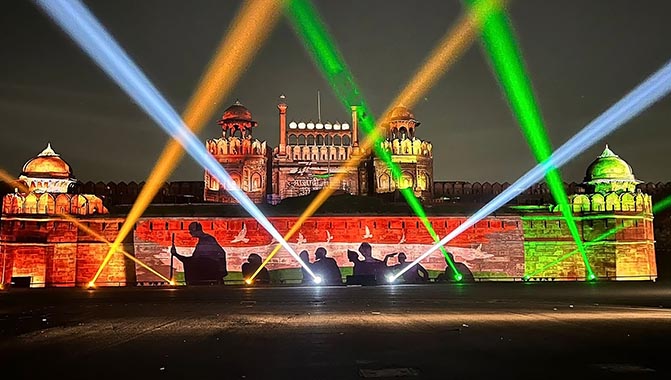 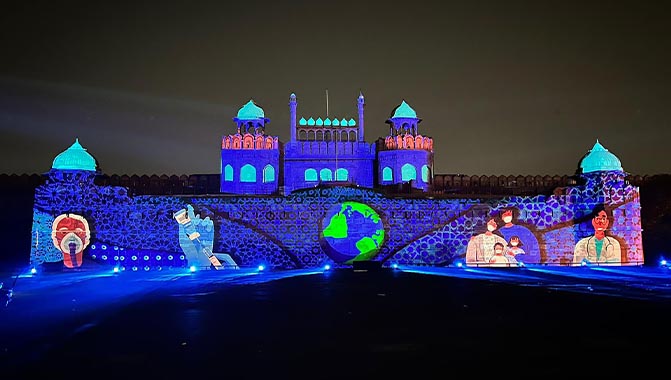 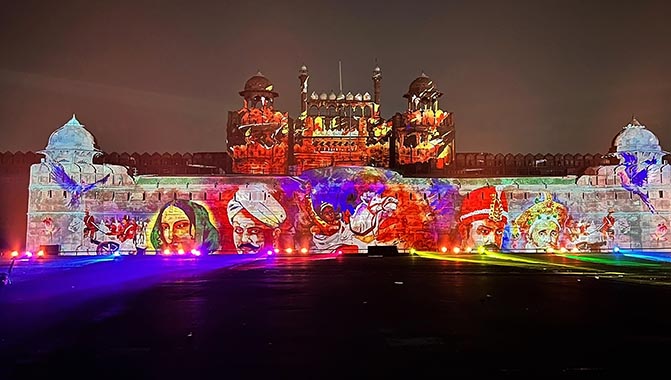 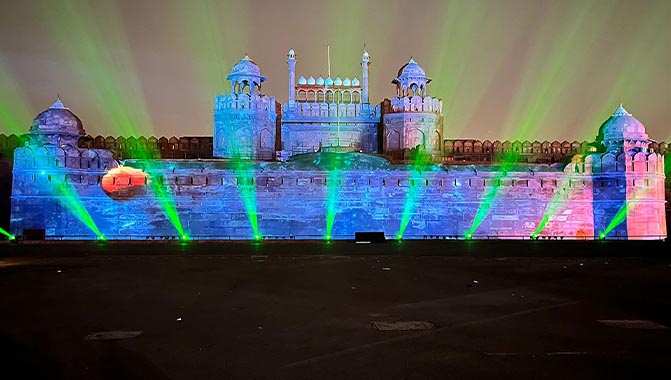 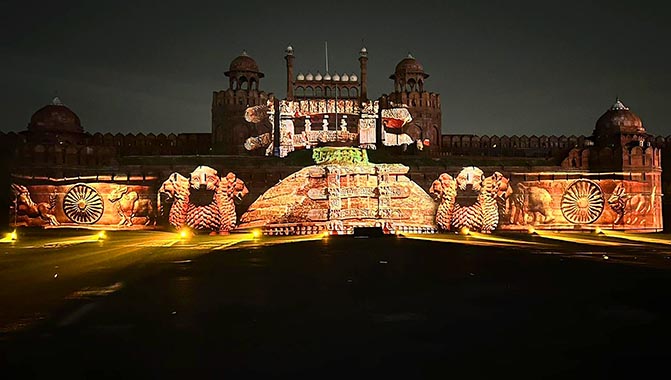 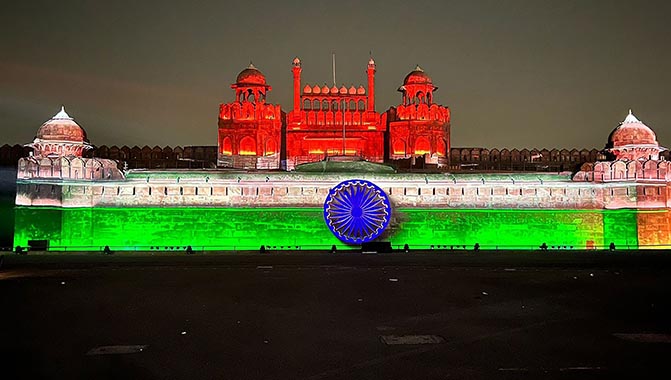 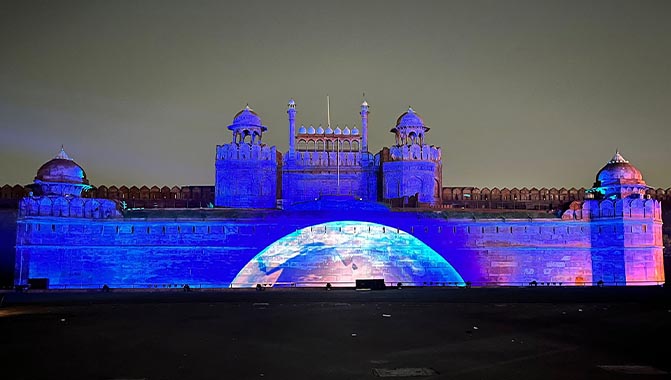 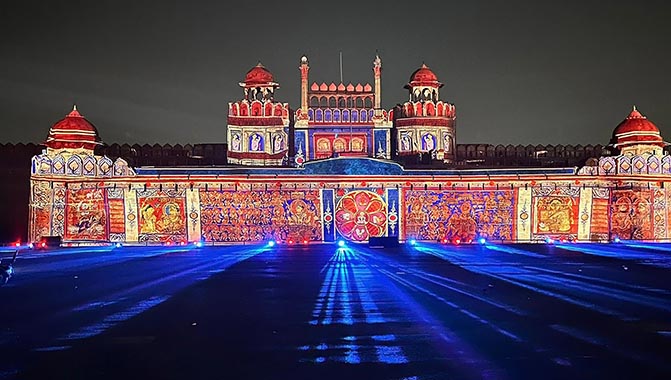 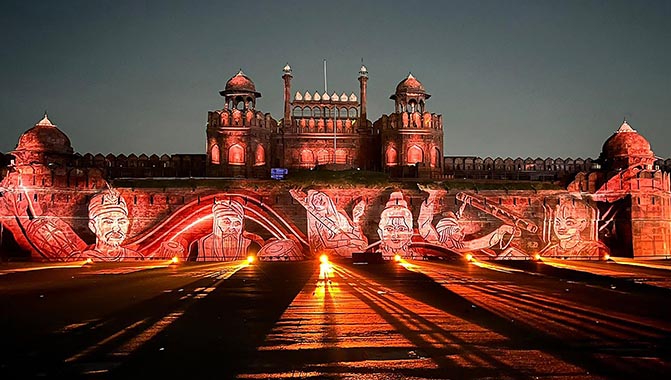 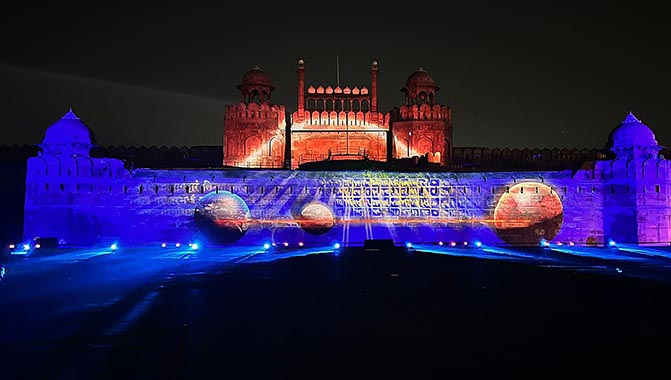 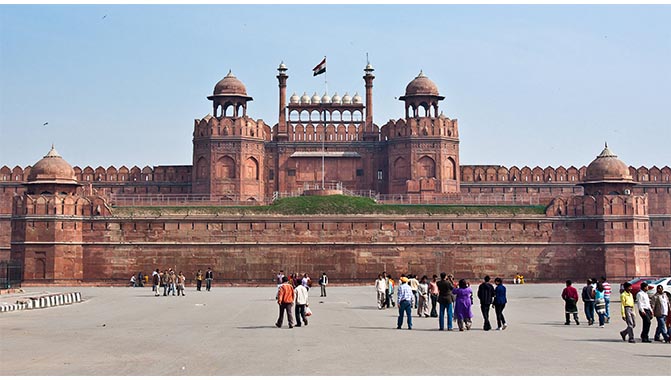 “The Red Fort is a world-famous landmark and its main entrance – Lahori Gate – is of great significance as this is the spot where the Indian national flag was raised for the first time on August 15, 1947, to proclaim our country’s independence,” said Pratik Wadhwa, chief executive officer, MSS World. “It is therefore an honor for us to be involved in this remarkable projection mapping show and we have pulled out all the stops to deliver a highly engaging and fascinating multi-sensorial experience.”

With its high brightness of 20,000 lumens, enhanced color performance and reliability, the Christie D20WU-HS is MSS World’s preferred choice to light up the Red Fort’s massive 33-meter (108-feet) high red sandstone walls. This project follows the highly successful deployment of over 40 D20WU-HS projectors at Vijay Chowk for the first-ever projection mapping show during the Beating Retreat Ceremony in January, which elevated the scale and solemnity of the annual event to new heights.

“The Christie D20WU-HS projectors are housed in projection towers overlooking the Lahori Gate and surrounding walls. Its compact, lightweight and omnidirectional capabilities provided us with a lot of installation flexibility, reducing the on-site complexities. As a result, we were able to confidently deliver this one-of-its-kind, large-scale visual and cultural spectacle on time for the show’s inauguration,” Wadhwa added.

Rishubh Nayar, sales director for India, Enterprise, Christie, commented, “We are delighted that the Christie HS Series has been chosen to illuminate the legendary Red Fort for this highly anticipated cultural extravaganza, which also marks our 100th permanent projection mapping installation in India. We are immensely grateful to all our partners who stood by us steadfastly all these years and placed their trust in our products to deliver these awe-inspiring visual experiences.”

The show received such an overwhelming response from the public that the organizers of the Red Fort Festival, which include the Ministry of Culture and Ministry of Tourism, have since announced that “Matrubhumi” will become a permanent fixture at this venue for the next two years, so that visitors from India and beyond can also enjoy this captivating light and sound show.