SANTIAGO DE COMPOSTELA, Spain – The School of Medicine and Dentistry at Spain’s University of Santiago de Compostela (USC) has recently acquired a Christie® 4K10-HS projector for its auditorium as part of the renovation of its audiovisual systems that was carried out by the integrator Spica.

Founded in 1495 by Lope Gomez de Marzoa, USC is one of the oldest universities in the world and its School of Medicine has an equally impressive heritage, dating back to 1648. The School currently offers two undergraduate and four graduate degrees. 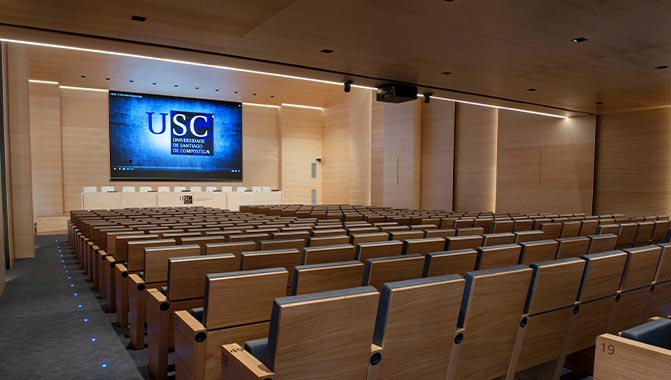 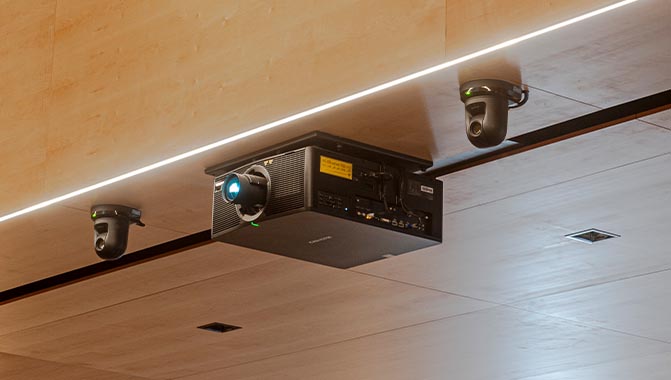 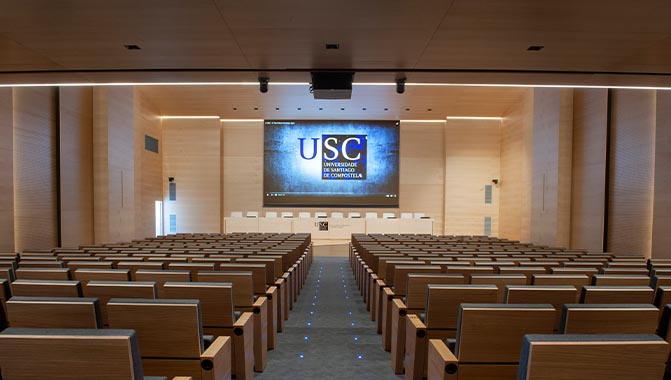 “The intention of the University was to completely renovate the auditorium so that it became a showcase for the center, both aesthetically and technologically,” explains Tomás Alonso, account manager, Spica. Spica was responsible for the design and engineering of the project, which also included the installation of four robotic cameras, a Kramer audiovisual control solution with an 8x8 4K60 matrix, a wireless debate system and audio line array columns.

The room is used for classes, professional congresses and institutional events. The Christie 4K10-HS, which was supplied by Charmex, is a 1DLP® laser technology projector with 4K UHD resolution and 10,000 lumens and is used mainly for projection of medical images in training and congresses.

“We were looking for a laser projector with high brightness, 4K resolution and adapted to viewing medical images. Among the different characteristics that helped us decide was Dicom mode –a simulation mode for viewing medical images– and especially Christie’s BoldColor technology, since the precision in color reproduction was very important,” says Tomás Alonso .

Resolution was also an important feature of the projector, says Tomás : “The University wanted a screen as large as possible (in this case it is six meters wide) and resolution was a significant factor since it was essential that the projected medical images were as real as possible.”

The Christie 4K10-HS model allows 4K@60Hz content over a single HDMI or Display Port cable, simplifying setup and cable routing. The projector is also equipped with Christie Twist™ warping and blending software and is compatible with Christie Mystique™, an automated-camera based alignment software.